Two City Harvesters were in the top 20 at the recent SPOP! Sing competition. We speak to Sherman Toh and Jessica Lim about their experience on the biggest Mandarin song contest of the year.

Sherman Toh, 23, may look like just another young Singaporean, sitting in a food court with his friends, telling jokes. But the City Harvest member was one of 10 semi-finalists at the SPOP! Sing contest that ended on September 23 at the Padang—and a hot favorite. 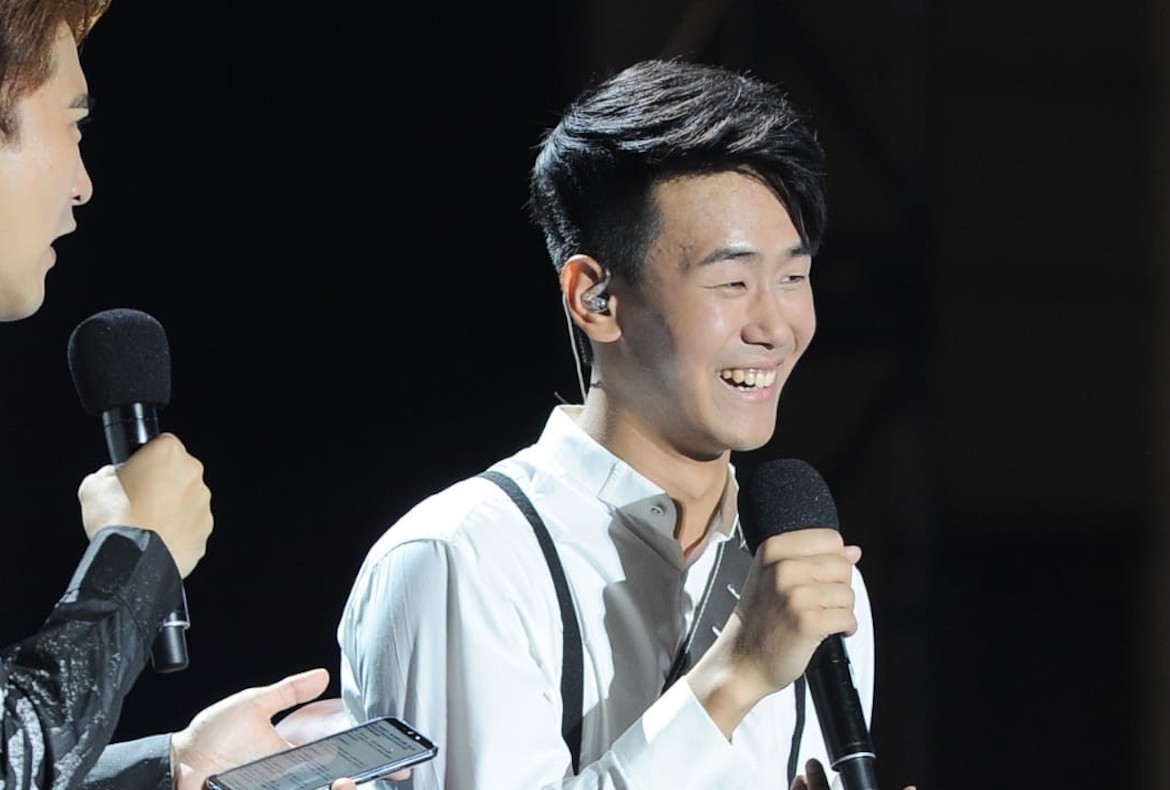 The business management student has always loved to sing. “It’s always been a passion—I took part in my first singing competition when I was 16. I really like music, I really like singing, so it’s natural for me to pursue it,” he says.

But SPOP! Sing was not on his radar till friends and family suggested he audition for the popular competition, a MediaCorp Channel 8 reality singing competition formerly known as S-Pop Hurray! This year, thousands of young hopefuls auditioned for a spot in the competition, and only the top 20 competed on the live show.

“I actually didn’t know much about SPOP! Sing,” admits Sherman. “A couple of my friends and family members saw the advertisement on Instagram and on television and encouraged me to join. I wasn’t sure at first I should join because I wanted it to be God’s will. If it wasn’t, there’s no point. So, I prayed and felt peace in my heart.”

Sherman adds, “My prayer is always, ‘If it’s Your will, open the door. If it’s not, shut it.’ I didn’t feel I did well during the auditions; I didn’t feel I impressed the judges. But because it’s God’s will, I felt the door was open.

“On the day of the qualification for semi-finals, I had picked a tough song and the feedback during rehearsal was that I wasn’t putting in enough emotion. I felt God respond to my prayers, but even though I nailed the right emotion for the song, I was still surprised I got through. This has taught me to trust God and really rely on Him.”

His ability to hold a lasting note and his boyish good looks—which account for a strong Instagram following—were other possible factors for his popularity during the competition.

Although Sherman did not progress beyond the semi-finals, being on SPOP! Sing gave him strong exposure in the public arena, and “I was also exposed to working with professionals in the industry, which is a good thing for me,” he says.

He adds that he has learned a lot from the experience, but the biggest takeaway “is that this has developed my passion for Mandarin songs and inspired me to work on my Mandarin.”

A worship leader in City Harvest Church, Sherman explains that “worship leading is different from singing in a secular setting. It’s not so much about yourself. Sometimes people leading worship get quite stressed, thinking that the crowd is staring at them. But the people aren’t focusing on the worship leader, they’re focusing on God. My job as a worship leader is to bring them closer to God, so they can experience worship in a new level. When we worship God, we proclaim and express our love for God.”

However, the singer-songwriter found he was nervous during SPOP! Sing. “It became important to me to have a strong foundation in the Word of God so that I could apply it in dealing with SPOP. When I got nervous, I would recall verses in the Bible that remind us we can ‘do all things through Christ who strengthens us’ (Phil 4:13) us and that God’s grace is sufficient for us as His strength is made perfect in our weakness (2 Cor 12:9). It wasn’t easy to be in the competition so the Word of God really sustained me. Also, spending time to fellowship with godly members act like little batteries to recharge me during the week! Through this, I’ve learned to spend my time wisely.”

Sherman, who also busks, takes the SPOP!experience in his stride. “I don’t think I’ll be joining any other singing competitions for now; I’m trying to write more songs and see if I can put them up properly, maybe on an EP,” he shares. “I see this as God telling me He’s preparing me for a different phase in my life. Ultimately, my aim is to be a voice in the marketplace.”

His advice to other young Christians singers and songwriters is this: “You have to work hard, build a strong foundation in God and if it’s His will, you will go far, and you don’t have to worry about anything. Just learn along the way. Remember Isaiah 41:10: ‘Do not be afraid—I am with you! I am your God—let nothing terrify you! I will make you strong and help you; I will protect you and save you.’”

Being on national television is a chance most of us only dream of. For Jessica Lim, 23, it was a reality achieved through hard work and faith. 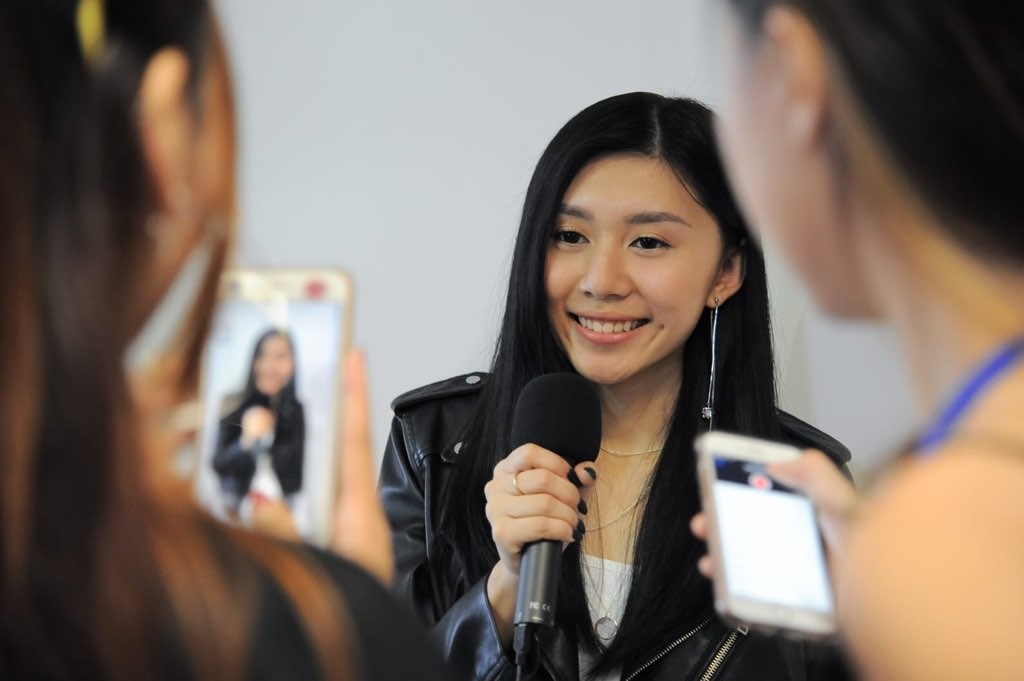 Beating out more than a thousand other young people, Jessica made the top 20 contestants in SPOP! Sing in September this year. The Singapore Management University (SMU) undergraduate is a City Harvester in WAY Zone.

“Just before competing in SPOP!, I was in my last semester of my business studies course at SMU,” she reveals. “I have always been deeply involved in music—I play regular gigs in bistros, I conduct live streaming sessions, make cover videos and I busk. These were the activities that occupied the bulk of my time outside school hours.”

When SPOP! Sing beckoned, it was natural for Jessica to try for it.“My dream since I was young has always been to be a Mandopop singer in the Mandarin music scene. So yes, I was definitely motivated to join the competition. However, it was also the acknowledgment and encouragement of friends that propelled me to take action. Some of them frequently sent me links and details of the competition to remind me to go for it. On the actual day of the audition, three of my best friends accompanied me to the venue and waited in the queue with me!”

Being in a competition can be intensive and intimidating. Jessica found herself leaning on what she had learned in church.“I always remember Pastor Phil [Pringle]’s sermons on dreaming big for God. Whenever I feel that I am not good enough, or that I will never make it, I remember Pastor Phil’s preaching about never settling for something small or usual, but to trust God for the impossible. Indeed, I never thought that I would come this far: singing on national TV. It all started with a dream in my heart. And God has made a way. So if God can do it for me, He can do it for anyone.”

Jessica’s SPOP! experience did not end at the quarter finals. She says that doors have opened since the competition. “We got to know people in the industry like music producers and band directors, which I believe will help every SPOP! singer in their career path in years to come,” she says. Other opportunities that have come up include getting invited to sing in gigs and sponsorships invitations.

One does not take part in a high-profile national competition like SPOP! Sing and walk away without precious lessons learned.

“I learned a lot!” she says. “From vocal and performance techniques picked up from peers, to having my eyes opened to the entire process of production which involves many people and is really not easy. Most important for me was the feedback I received from the judges regarding my singing.”

On a personal and spiritual level, Jessica also gained from the experience. “Most of the activities lined up for SPop! happened on weekends. As a result, we could not attend most of the weekend services at CHC. It was quite tough, to be honest. Now that I am no longer involved in the competition, looking back, I realized that my priorities were jumbled up. I spent less time in the presence of God because I was constantly in a frenzy due to my hectic schedule balancing school and the competition. It was definitely a lesson I learnt. In my next competition, I will definitely be wiser and prioritize my time better.”

“God Wants Me To Be His Mouthpiece”: Belinda...