By Zan Wong Zeng An 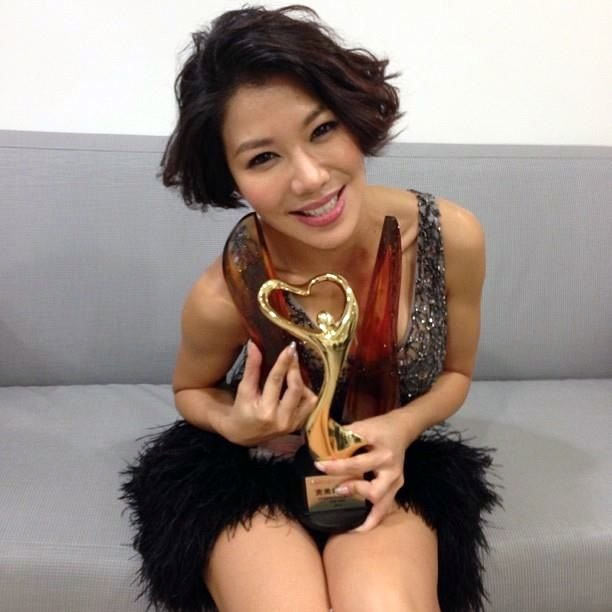 At the Star Awards Ceremony organised by MediaCorp on April 28, City Harvest Church member Belinda Lee bagged three awards for Best Info-tainment Host, Top 10 Most Popular Female Artiste and the Perfect Curves Award. The annual ceremony celebrates and recognises Singapore artistes for their talent and performances in television productions in the past year.

Currently enrolled at City Harvest’s School Of Theology, Lee is a former MTV VJ who hosted various regional performances and variety shows before she became an actress and TV host with MediaCorp.

City News grabs a few minutes with the bubbly Lee after classes ended last week for a quick chat.

In one word, how would you summarize your win?

Humility. The greatest thing I have learned through this experience is humility. Once you taste the goodness of God, nothing else matters. When I received those awards, I knew in my heart, so strongly that all these awards were a result of God’s grace and favor. It is not me, it’s Him. It was during SOT one morning where God said to me, “Belinda, there is a reason I did not put you on a pedestal when you first started out. I made you go through all the different challenges because I want you to come to SOT, to know me.” If I had begun as an award-winning actress from day one, I may have been arrogant. I am so thankful that God brought me through all the turns and turns to come to SOT today, to be in His presence daily. Once you are in His presence, nothing else matters. Your confidence and self-esteem grows! God is so good. His goodness, His mercy and His grace are everlasting!

Find Me A Singaporean 3 required you to travel long distances and carry out extensive research. What were some of the challenges you faced?

As the show required us to travel often into the less developed areas, we were literally risking our lives at certain junctures. It was in such situations that you wonder to yourself if the effort was worthwhile. Yet, I am really grateful for God’s grace that I managed to get an award for this particular program, which is really my baby, my child!

Why did you decide to enroll in Bible school at SOT 2013?

It was during one of Pastor Phil Pringle’s services late last year; during the Praise and Worship, I felt God impress upon me, speaking directly to me, “Belinda, go to SOT next year and I will bless you abundantly.” I have a tendency to be very indecisive, but I guess when you do not hesitate and take a leap of faith to obey whatever God has called you to do, you get so much peace and joy in your heart that you cannot help but say, it’s from God! I also received a confirmation from Pastor Eileen. During one of the prayer meetings, she received a word from God to encourage me to sign up for SOT 2013. Double confirmation!

What do you hope to achieve at the end of SOT?

I hope to receive spiritual healing and to have a deeper revelation of how I am a new creation in Christ. Also, I hope that with the knowledge I receive, I will be better equipped to help the masses. In the past, I used to shun giving bible studies! Right now, during SOT, His presence and the impartation of the Word have given me inner strength and confidence to do that, on top of evangelising actively and being a good shepherd. I also hope to apply what I have learned in my career to help meet needs—by merging entertainment with humanitarian causes.

Any words of encouragement to our readers?

I will really encourage anyone, ANYONE, to consider coming for SOT. Seek first the kingdom of God and the rest will be added onto you. It has only been the beginning of SOT and I have received multiple blessings from God and I know this is a fraction of all that He is going to bless me with! I do believe that the decision to come to SOT is a marriage between God’s timing and your decision. Ultimately, if you made the decision, stick through to the end. I am always reminded by a word Pastor Tan Ye Peng shared with me before SOT, “It is not how you start but how you finish”. When it gets tough, I always remind myself to finish the race. Commitment is important.