Top 6 Kick-Ass Women of the Bible

They may not have their own movie or action figures, but these Bible women are true action heroes worth their weight in gold.

Everybody knows about the mighty exploits of Bible heroes such as King David, Moses and Abraham, but did you know that some of the most strategic plans of God were carried out by women? City News rounds up of the most gutsy women (and the actresses we think should play them) whose exploits have placed them in the very annals of God Himself. WHAT SHE DID: Led Israel’s army when General Barak was too chicken to.

THE STORY: Reigning as judge over Israel during a time of great oppression at the hands of Jabin king of Canaan, the prophetess Deborah was used by God to sound the clarion call for war against the Canaanites.

Alas, the man God wanted to lead Israel’s army, the general Barak, was afraid and hesitant, insisting that Deborah go with him. Deborah promises him that she will ride with him, but because of his cowardice, he would not receive the glory of the victory, as the Canaanite general, Sisera, would be delivered into the hands of a woman.

Despite the Canaanites’ 900 chariots of iron, Deborah, the only female military leader in the Bible, drives the 10,000-strong Israelite army to resounding victory against the enemy and brings rest to the land for 40 years.

WE CAST: The Amazonian Charlize Theron (Mad Max: Fury Road) because she just looks right for the part. 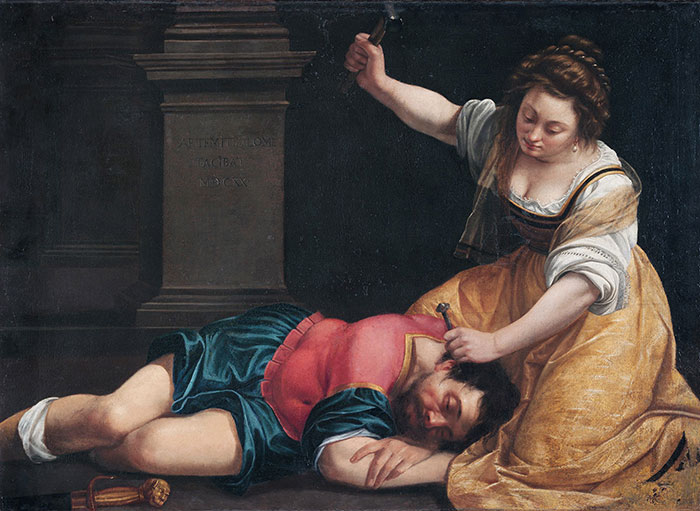 WHAT SHE DID: Killed the unkillable evil Sisera with milk and a tent peg

THE STORY: Closely related to the narrative of Deborah is that of Jael, wife of Heber the Kenite, who drove the final nail into the coffin—specifically, a tent peg into the skull of the enemy.

Fleeing for his life from the Israelite army, Sisera arrived at the tent of Jael; he thought it was a safe place, for there was an alliance between Jabin king of Hazor and the family of Heber, Jael’s husband.

After being fed with some milk, Sisera fell asleep, and Jael underhandedly killed her guest by stabbing a tent peg into his temple, fulfilling Deborah’s prophecy that it would be a woman who finishes off Sisera.

WE CAST: Jennifer Lawrence (The Hunger Games) because she’s beautiful and sneaky. WHAT SHE DID: Hid the spies of Israel and diverted the Amorites.

THE STORY: An infinitely kinder host to her guests was Rahab, a Canaanite prostitute who lived in Jericho in the Promised Land of Canaan.

When the Israelite spies appeared at her doorstep, she took them in and hid them, as she recognized God’s hand on the lives of His people. She acknowledged that “the Lord their God was God in heaven above and below on the earth,” and, in an act that required a leap of bravery, gave a false report to the messengers of the king of Jericho who were demanding that she surrender her guests. In return, she and her entire family was spared when Joshua and the invading Israelites took over the city, murdering every single inhabitant.

By faith, she provided shelter and safe passage to the Israelite spies, and thus “did not perish with those who did not believe,” (Hebrews 11:31) but eventually finds her place in the lineage of Jesus Christ by marrying into the tribe of Judah.

WE CAST: Scarlett Johansson (The Avengers) because she makes such a great spy. WHAT SHE DID: Saved her miserable husband using powerful diplomatic skills.

THE STORY: Where the other women made it to this list on the merit of sheer bravery or gut, Abigail’s was diplomacy and peace-making—if she were born today, she would have made a highly successful diplomat.

As one of the Bible’s most mismatched couples, Abigail was described as intelligent and beautiful, while her husband, Nabal, was a drunkard, surly and mean in his dealings. He was very wealthy, though.

One fateful day, David, outlawed by Saul’s hatred for him, was roaming the hills with his band of loyal men, and sought the help of Nabal for some food. David and his men had previously watched over Nabal’s 4,000 sheep and goat at Carmel as the animals were being sheared, ensuring no harm came to the flock. Nabal, however, forgot the kindness of David’s men, and his blunt, highly offensive refusal to provide any help provoked David to rain disaster upon the former’s household.

Catching wind of what had transpired from her servants, Abigail immediately goes into damage control mode, preparing a sumptuous peace offering of food and entreats David to disregard her husband’s foolishness.

In doing so, no only does she save her husband from deserved death, she prevents David from getting blood on his hands. Justly enough, Nabal is struck down 10 days later and Abigail not only is rid of a miserable marriage but becomes the wife of David himself. WHAT SHE DID: She saved her baby brother Moses and negotiated for her mother to become nurse-maid for Pharaoh’s daughter

THE STORY: As a young girl, she helped save her baby brother from certain death by watching over him as he was put in a baby basket and floated down the river to escape sanctioned murder by Pharoah.

When the precious cargo was discovered by Pharoah’s daughter, Miriam leaps into action, approaching her and proposing to search for a nurse to care for the baby. Thanks to her quick wit and bravery, not only is her brother’s life saved, but their mother is reunited with her son, and paid to care for him.

Fast forward many years, and Miriam is at the forefront of the great Israelite exodus with her brothers Moses and Aaron. The Bible records her as a prophetess, but it sounds like she was also the first ever praise and worship leader, as Exodus 15:20 says, she “took a timbrel in her hand, and all the women followed her, with timbrels and dancing” after the miracle parting of the Red Sea. Like every other Bible hero / heroine, she had her fair share of personal failings, but it was her quick thinking and resourcefulness that led her brother into his destiny as leader of God’s people.

WE CAST: Rooney Mara (The Girl With The Dragon Tattoo) because she’s tiny and tough, yet sisterly. 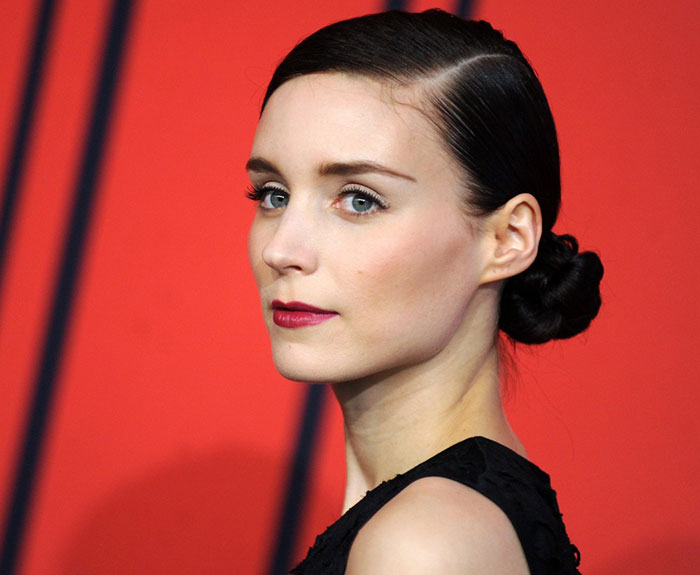 WHAT SHE DID: Clawed back her rights from a string of dishonorable men.

THE STORY: Tamar married Er, the eldest son of Judah—only to be cheated of her child-bearing rights when he refused to make her pregnant. When God punished him and he died, Tamar was again cheated when Judah’s second son, given to her in marriage under Jewish law as her Levite right, committed the same sin. During those times, any married woman who was childless was believed to be under God’s punishment.

When Tamar’s father-in-law reneges on his promise to betroth his third son to her, Tamar was forced to enforce her rights through a plan that involved no insignificant amount of planning and calculation–a prostitute’s disguise, a night with her father-in-law, identity enforcement, an finally, childbirth. Tamar makes the list because she refused to submit to unrighteousness, which in turn put her in the genealogy of Jesus Christ as one of His ancestors.

WE CAST: Priyanka Chopra (Quantico) because she looks like she’s got a secret to keep.