3 Things To Do To See Your Family Saved: Wu Yuzhuang

As Christmas draws near, Pastor Wu Yuzhuang reminds the church that God is always seeking to save the lost, and believers have a big role to play. 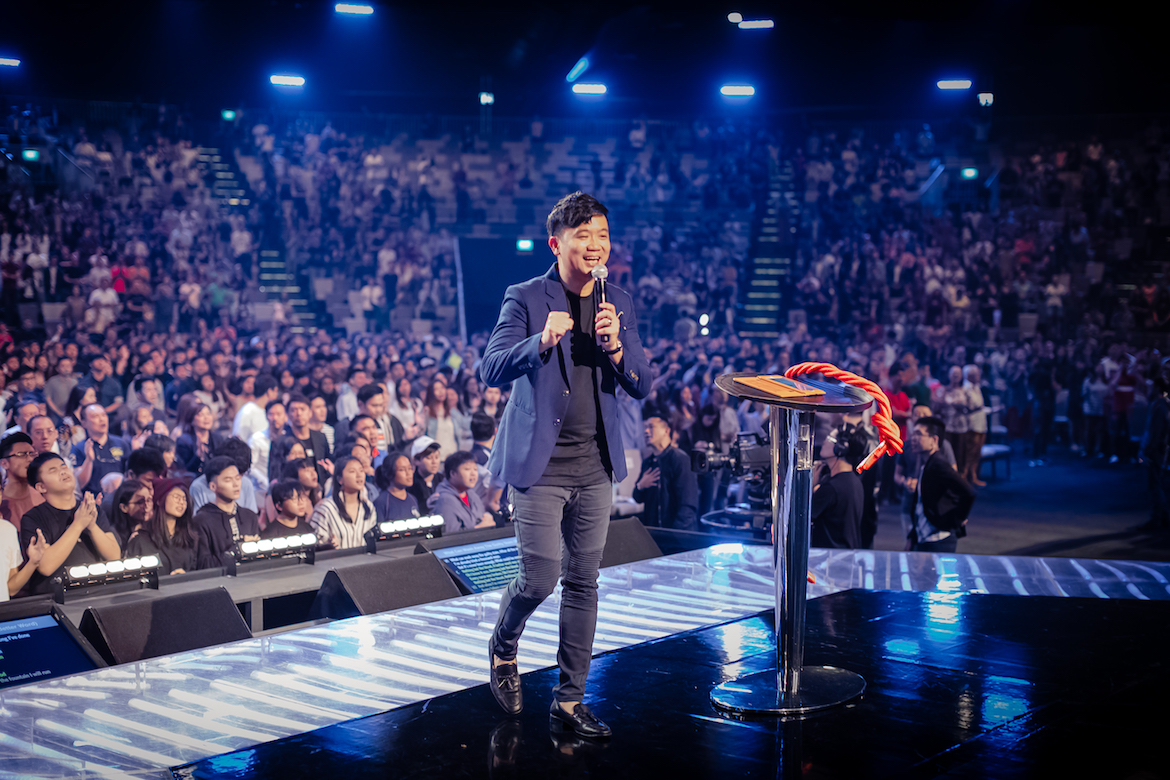 The true reason for Christmas is not shopping or giving of gifts. It’s all about Jesus and what He has done for us. City Harvest Church pastor Wu Yuzhuang opened his sermon with this on the weekend of Dec 8-9.

He reminded the church that Jesus came to the world to atone for our sins and that God always seeks to save the lost.

“The mission of every believer is to save the unsaved, reach the unreached, touch the untouched and tell the untold,” notes the pastor.

Pastor Zhuang then drew an analogy using the Titanic. When the Titanic set sail, there were three classes of passengers: first, second and third. But when the ship began sinking, there were only two classes of people: those who got on the rescue boats and those who were lost in the deep waters.

“When Jesus comes back, there will only be two classes of people: those who are saved and those who are lost eternally,” he said.

THE MOST IMPORTANT THING TO RAHAB

Rahab the harlot was listed in Hebrews 11, as one in a long list of Bible heroes who subdued kingdoms and worked miracles.

“She did not do any mighty exploits but in the eyes of God she was a hero,” Pastor Zhuang said.

Hebrews 11:31 says, “By faith the harlot Rahab did not perish with those who did not believe, when she had received the spies with peace.” 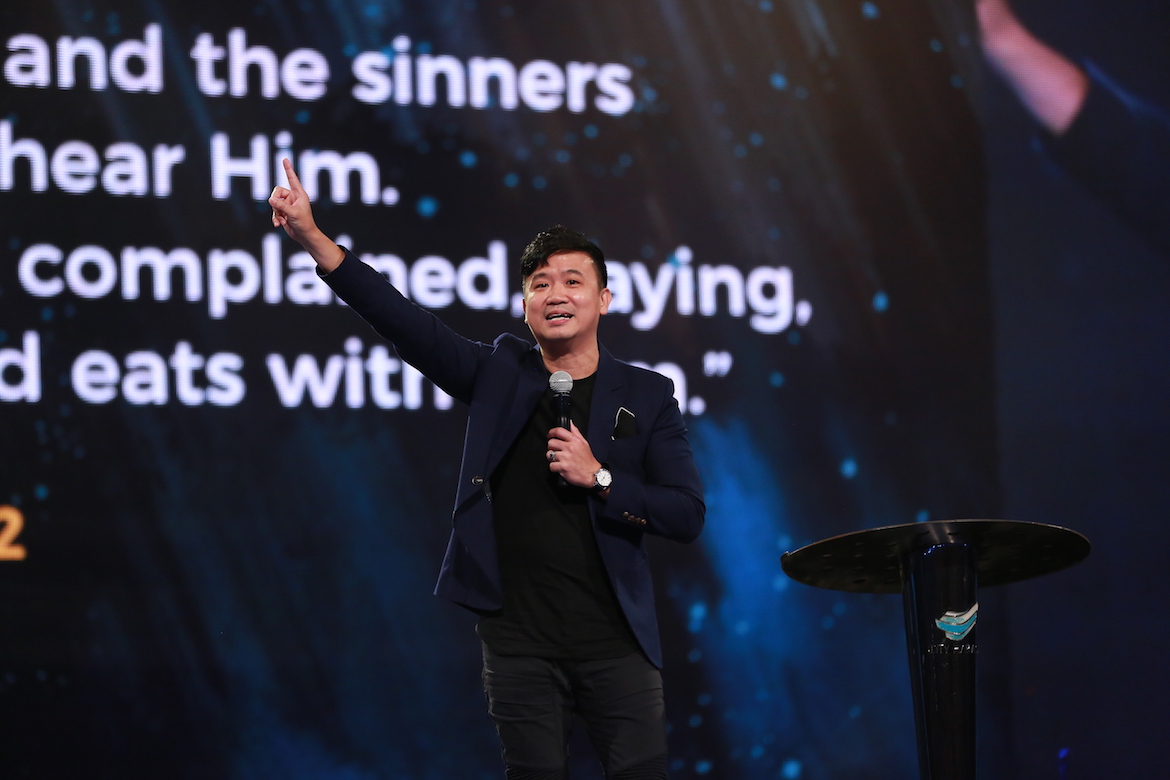 The chief thing that Rahab did was save her family. Acts 16:31 says that when one believed in Jesus, the whole household will be saved.

Joshua had sent spies into the city of Jericho, the first city that the children of Israel had to conquer before they could progress towards the Promised Land. But the king of Jericho received news of the spies and sent soldiers after them, so they sought refuge in Rahab’s house.

Rahab helped the spies by sending the soldiers away when they came knocking on her door. The spies then asked Rahab to help them escape and she agreed on one condition: that they spare her family when they returned to conquer Jericho (Jos 2:12).

Rahab’s house was on the city wall so she let the spies down with a rope through the window. They gave her instructions to mark her house with a scarlet cord in the window and the children of Israel would spare all those in that house (Jos 2:15-19).

Pastor Zhuang added, “This scarlet cord represents the blood of Jesus. He shed His blood for us and His blood can save us!”

HOW TO GET YOUR FAMILY SAVED

There were three things that Rahab did that enabled her family to receive salvation, said Pastor Zhuang.

Firstly, Rahab had desperation. Joshua 2:12 says, “Now therefore, I beg you, swear to me by the Lord, since I have shown you kindness, that you also will show kindness to my father’s house…”

Rahab was so desperate for her family to be saved that she begged the spies to help her. “When you are desperate, you will pray differently, fast differently,” explained the pastor. “You will plan and strategize; you will not be afraid of rejections.”

Secondly, Rahab got personally involved. “The spies told Rahab that she had to ‘bind this line of scarlet cord’,” noted Pastor Zhuang, demonstrating what it would have been like for the woman to tie the cord so that it was visible to the Israelites. “They did not say to ask her cell group leader to do it, or pastors to do it. If you want your family saved, you have to be personally involved.” 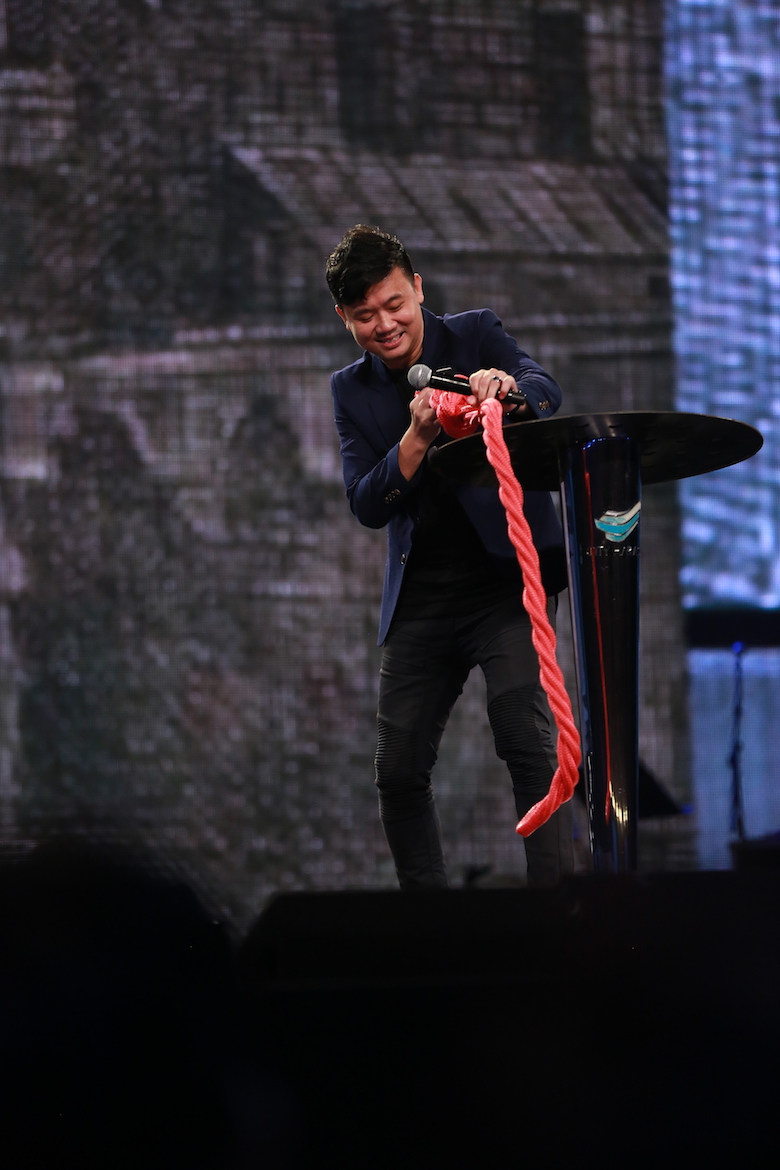 Pastor Zhuang imagined Rahab waking up every morning to check if the scarlet cord was still there. She would check again and again throughout the day because her family’s salvation depended on it.

“You need to bind the scarlet cord personally,” he added. “Plead the blood of Christ on your family; pray and proclaim their salvation every day.”

Finally, Rahab had to bring the whole family into the house. The spies instructed Rahab to bring her family to her own home if she wanted them to be saved (Jos 2:18).

“She knew she could not save her family by her own strength, but if she could bring her family into the house, God would save them,” said the pastor. “If I do my part, God will do His part.”

As he brought his message to a close, Pastor Zhuang demonstrated the tangible truth of the three things Rahab did through the testimony of his cell group members U-Jin and Shauna, who did their part, got involved and brought their friends and family to church, and they all received salvation over the past eight years.

He ended the service encouraging the church to bring their families to CHC’s Candlelight and Christmas services the next two weekends. The church prayed over cards bearing the names of the family members and friends they hoped would come to the upcoming services. 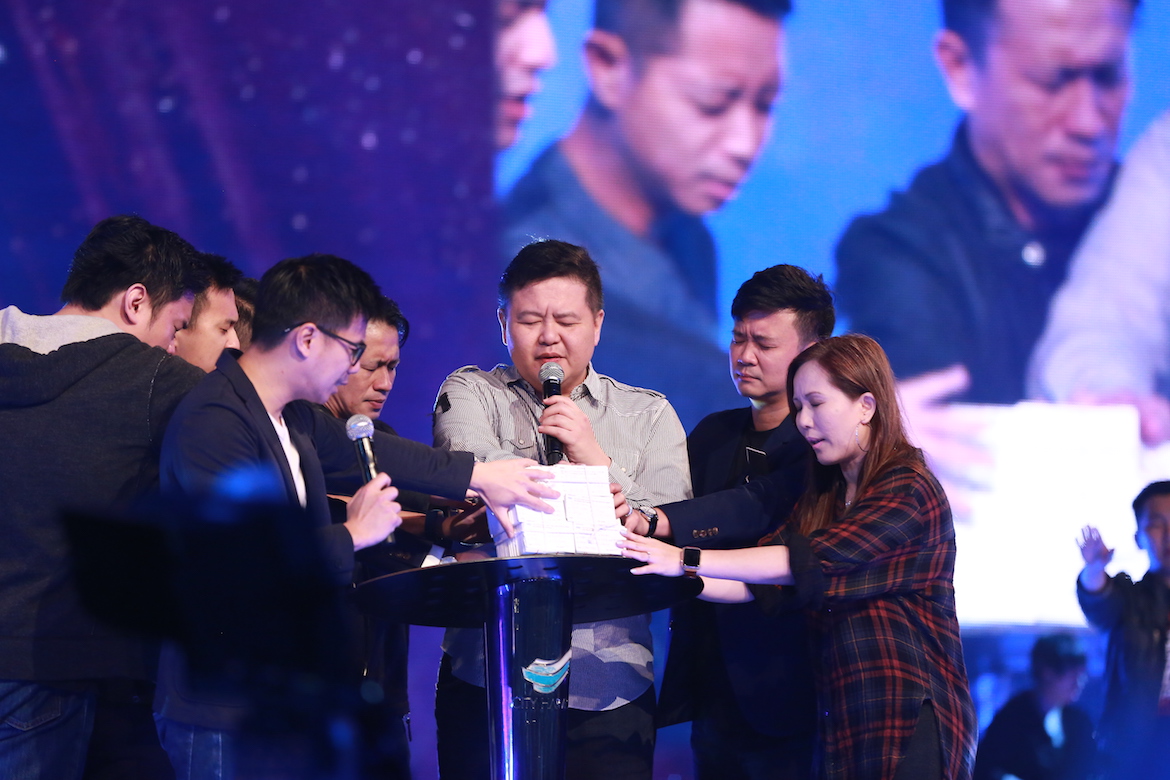