The Emerge Bible Boot Camp 2013 gave the young people of CHC a glimpse of what it’s like to be in Bible school. This year’s Emerge Bible Boot Camp saw hundreds of youth from many different zones in City Harvest Church coming together for a time of fun, and most importantly, a time of encounters with the Lord.

The camp was a junior version of CHC’s Bible school, School Of Theology: each day was filled with encounters after encounters with the Lord as the youths learned about the Word of God.

EBBC started on Nov. 24 with over 400 youths bonding and fostering new friendships through orientation games. Throughout the next four days of the camp, the youth were schooled in topics like consecration, discipleship, campus evangelism, and how to move in the gifts of the Holy Spirit. These topics were taught through session led by different zone supervisors and district pastors. Each session consisted of praise and worship, followed by the sharing of the Word. Pastors Wu Yuzhuang and Choong Tsih Ming also gave a word of impartation that encouraged the hearts of the youths.

Through the sessions, the youths learned how to obey and honor their parents and the importance of purity–they were constantly reminded that their bodies are the temple of God and ought to be kept pure for the Lord. They also learned that the glory of the youth is their strength and God can use every one of them to do might works for His Kingdom. In the midst of the camp, the youths were also taught how to overcome fear by applying the Blood of Jesus over their lives. Many received deliverance from fear after that session. Many of the youths had their passion for the Lord reignited through the sessions. They realized how God has a great purpose and destiny for them in their lives—they can dream big dreams and live a life for Him. Many of the youth’s dreams were resurrected and their inner beings were greatly strengthened.

On the final day of the camp, POP party, an evangelistic event was held. Many of them invited their friends to come for a time of games, fun, and learning about the Word of God. During the party, the youth had a whale of time as they played games and were taught funky dance moves by the Emerge dance team. After the sermon by Lim Meng Chin, a youth pastor, an altar call was given and 51 youths responded and gave their hearts to Jesus. 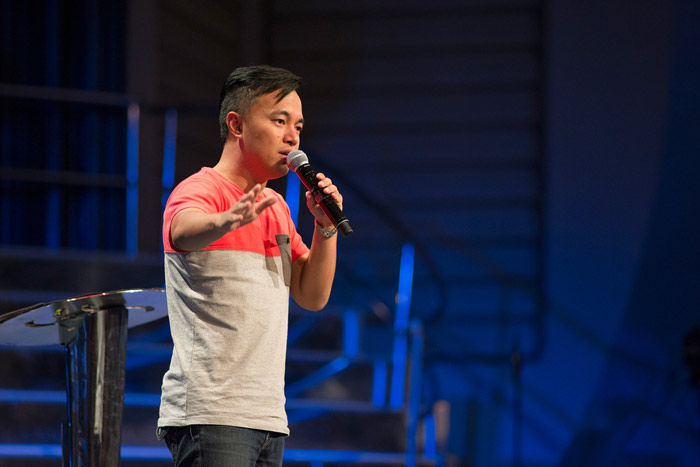 Besides learning the important truths in the Word of God, the youths also forged numerous friendships, not only within their zones, but also with those in other zones. This camp not only enriched and empowered the youth in terms of spirituality and lifestyle, it has also helped them to bond with others within the church.

This year’s camp has been a great experience for the youths and many are already looking forward to the EBBC next year.