DPP Tan continues grilling its witness over what was said in the defense’s cross-examination. Deputy Public Prosecutor Tan Kiat Pheng continued his re-examination of Wahju Hanafi this morning, trying to refute defense counsel SC Andre Maniam’s case that Serina Wee’s role, like Sharon Tan, had only been administrative, and not part of the decision making process. Hanafi’s reply to Tan was that based on his own experience in his company, Wee’s role seemed  to be that of an administrative nature. Where in certain emails she was seen to be giving Wahju instructions, Wahju maintained that he did not take instructions from Wee.

Hanafi explained to the prosecution that although he needed funds to turnaround his Firna glassware company in 2007, he was still able to support the Crossover through part of his profits from Papua New Guinea and rental income from his properties.

On Hanafi’s ability to underwrite the Crossover Project, DPP Tan tried to show that it was only made known to the church that Hanafi was sponsoring the project and not standing as guarantee for it. Hanafi confirmed that since 2003 or 2004, it was made known in the church’s worship service via a video that he and his family were underwriting the Crossover Project. Although the DPP had cut him off before he was able to complete his evidence, Hanafi was nevertheless able to clarify, when given the opportunity by the Senior District Judge, that he did not make any public announcement because this was something that he and his wife had always tried to avoid.

Which Sky Is The Limit? 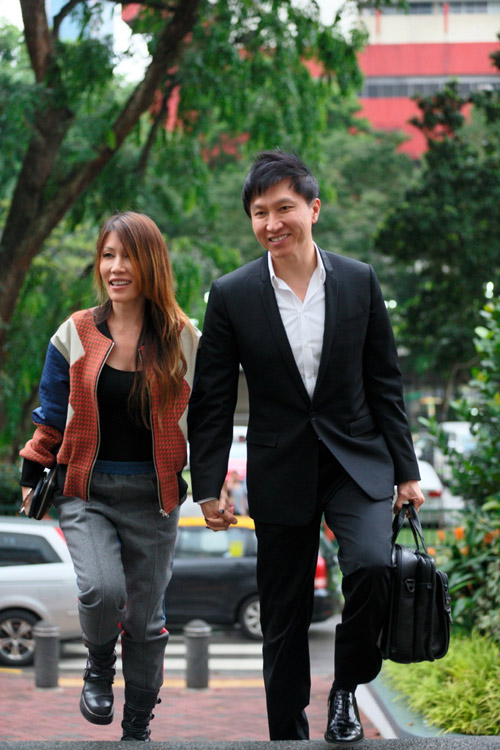 The DPP also challenged Hanafi on his evidence that the funding for the Crossover Project was not a “bottomless pit,” by relying on an email in 2005 in which Kong Hee had said to the US managers that “let’s plan as if ‘the sky is the limit.'” Kong Hee then replied: “Let’s shoot for top of the line type planning in everything we do for Sun.”

However, the DPP did not refer Hanafi to the portion of the same exhibit in which Kong had been discussing whether to do a “top class album and marketing/ promotion” at S$1.5 million, or a budget of S$400K.

The DPP did not refer Hanafi to the portions of the email stating that it could cost “$1.5 million to do a top class album,” or Kong’s proposal that Xtron would come up with only S$500,000 of this amount, if at all.

When the lawyer for Kong suggested that it would be more appropriate for the DPP to ask the writer of the email what the phrase “the sky is the limit” meant, the DPP agreed and said: “Oh, we will, definitely. Be assured we will.”

Judge See Kee Oon then said that Hanafi had already said that he could not remember if this email had ever been discussed with him. The judge directed the parties to move on to the next question.

Court resumed at 2.30pm with the final stretch of questioning for Wahju Hanafi.