CHC Trial: Firna Was Financially Strong During Crisis; Made For A Sound Investment

Court heard that Firna was thriving during post-Lehman Brothers crisis era and hence a safe investment vehicle for CHC. The morning got off to a strong start with senior counsel for Sharon Tan, Kannan Ramesh, establishing the stability and financial strength of PT The First National Glassware, or Firna, a glassware company owned by prosecution witness Wahju Hanafi.

Taking the court through financial statements of Firna from the start of 2007 to the end of the year, it was shown that Firna was financially strong and had the capacity to borrow working capital from banks. The closure of the second largest competitor in Jakarta in February 2007 provided considerable business opportunities for Firna and there was an upsurge in demand, leading to the need for working capital so that Firna could build new furnaces. By the end of 2007, Firna enjoyed approximately a 40 percent jump in revenue.

Kannan proceeded to take the court through Firna’s financial statements for 2008 and established that Firna was on an accelerated growth path, with net profits going up by 48.6 percent that year. In terms of assets, Firna had the collateral available to borrow further. Hanafi also shared that he had set sales targets for 2009 at 10 percent above the previous year, but sales hit around 25 to 30 percent. Hanafi also testified that his own net worth to date is about US$500 million. 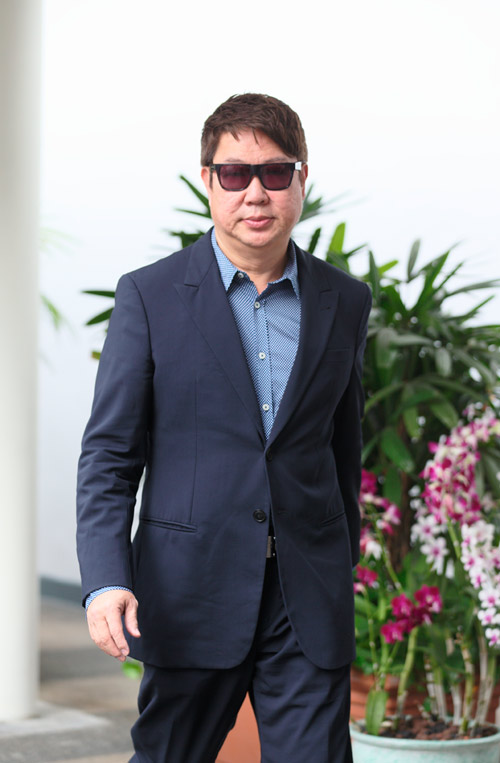 Hanafi clarified that in light of Firna’s assets, it had the capacity to borrow working capital to expand its business at the end of 2007.  That is why he turned to Koh Siow Ngea and Xtron for loans in the end of 2007.

At the end of 2008, during the sub-prime crisis, Firna seemed a reasonably good prospect for City Harvest Church to invest in, given that financial markets were not viable. Hanafi agreed that there was no doubt that the Firna bonds amounting to US$8 million would have been repaid. The church would benefit from the 7 percent interest rate and enjoy low risk. By the end of 2011 and mid-2012 when the bonds matured, the bonds would be paid by Firna from its asset base.

Kannan further established that even if some of the funds went into the Crossover, in 2012, Firna would still have been able to pay the bonds, given its enterprise value of US$62 million in 2011. At the end of 2011, the enterprise value of Hanafi’s businesses was about US$300m, and in the middle of 2012 this would have reached about US$400m to $450m.

When questioned about the request from CHC via AMAC to withdraw its loan to Firna in 2010, two years before the bond maturity, Hanafi told the court he agreed to restructure the Firna bonds such that the lender was now Xtron (and not CHC) and that Chew Eng Han had to arrange for the funds to facilitate the restructuring. He also testified that this was a legitimate commercial position to take, as it was the lender who made the request. Also, since it was CHC via AMAC that made the request, it was also reasonable for AMAC to provide Firna with a bridging loan as was the case. This was a restructuring of debt.

Hanafi also gave evidence to the court that between 2007 and 2008, he had changed auditors and appointed auditors who were part of the Baker Tilly Group.

On the cross guarantee,  Hanafi testified that the individuals (Kong Hee, Tan Ye Peng, Koh Siow Ngea, Chew) had pledged their commitment as a show of support to stand shoulder to shoulder with him. However, he told the court he never made any demand on the cross guarantee and that ultimately he paid out of his own pocket to underwrite the Crossover Project as promised.

Contrary to the prosecution’s case, Hanafi testified that the CHC-Firna bonds and CHC-Xtron bonds were not sham transactions but legitimate instruments used to help Firna gain working capital with an interest to be paid. Had these transactions been sham, Hanafi said he would not have been party to these transactions.

Senior counsel for Chew Eng Han, Michael Khoo showed the court that Chew and Tan Ye Peng had made the effort to obtain financing from a commercial bank in 2008. Given the 16 percent interest offered by the bank, Xtron instead decided to issue bonds to CHC at a 7 percent interest. Under the first Bond Subscription Agreement between CHC and Xtron, the bonds were subscribed to according to a clause that stated that the issuer shall use the proceeds of the bonds for the purpose of production and marketing of the music albums. CHC lent the S$13 million to Xtron to fund the Crossover Project, and secured the bonds at a 7 percent interest rate. In turn, Xtron used the money to fund Crossover, as laid out in the clause.

Khoo also took Hanafi through three of the charges faced by his client Chew. He pointed out that the “secret letter” or comfort letter that Hanafi had requested for to convince his father-in-law to sign the bond subscription agreement was never utilized, as he managed to convince his father-in-law without the letter. Hanafi agreed that he never had any intention to use the letter in the event of a default.

If the comfort letter was never utilized, Khoo pointed out, it ostensibly weakens the charge that the Firna bonds were an instrument that the accused used to commit criminal breach of trust.