Hanafi Refutes Allegations That The Accused Were Dictating His Finances

Key witness Wahju Hanafi steadfastly maintained he was in full control of how much money went to the Crossover Project, despite the prosecution’s suggestions of “instructions” on the part of the accused. 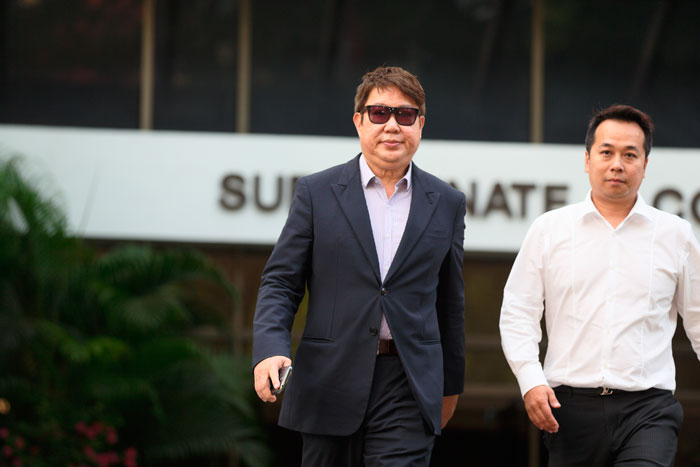 Today in court, key prosecution witness Wahju Hanafi reiterated that the Firna bonds were issued to City Harvest Church to raise monies so he would repay debts owed to Ultimate Assets, the company responsible for running the Crossover Project after taking over its management from Xtron.

That was the explanation Hanafi gave in court this morning, as the Firna bonds took center stage in court proceedings today. The prosecution alleges that these bonds are “sham” and have been used to “round-trip” the church’s building fund and channel it into the Crossover Project.

As deputy public prosecutor Tan Kiat Pheng continued with his examination-in-chief of Hanafi, who further explained that the bonds benefitted the church as they had been issued at a 4.5 percent return on investment, higher than the rates offered by banks.

One controversial document that surfaced during this morning’s proceedings was a confidential “letter of assurance” issued by City Harvest Church to Wahju Hanafi and his father-in-law. Hanafi’s father-in-law held a 20 percent stake in Firna. This letter constituted a written promise by the church that in the event the bonds were converted to shares, the church would sell the shares back to Firna at a nominal value of US$1. The bonds would be converted to shares in the event that Firna could not make good on its bond redemption.

However, the Court heard from CHC trustee Susan Ong earlier this week that the church never exercised the right to convert the bonds to shares.

In the afternoon, DPP Tan also submitted a series of fresh e-mail documents in an attempt to show that Serina Wee was “dictating” how the Firna bonds were to be drawn down. Tan pressed Hanafi for an explanation.

Hanafi consistently replied that he was acting in co-operation with the vision to see success for the Crossover Project, and that while proposals could be made to him concerning use of funds, he was ultimately in control of how the sums were to be used, as it was his money. He cited an example of a proposal to buy an apartment in New York for Sun Ho and her team’s use, which he did not accede to.

Additionally, documents were shown to Hanafi in which some of the accused suggest that he be charged for interest for use of the Firna bond proceeds. He told the court it did not make any sense as he was already responsible for the bond interest payments.

Hanafi also explained that a majority of the proceeds from the Firna bonds was considered Firna’s working capital. Although it was expected that he would donate some of the proceeds toward the Crossover Project, the exact sum was not confirmed at the material time, and would have required his agreement. He revealed that part of the bond proceeds were used for his own investments and to help out a church friend in financial difficulty.

At a particularly tense moment that afternoon, as DPP Tan demanded several times for Hanafi to state if a certain amount of money was earmarked for the Crossover Project, the latter answered that it was his money and he could use it as he pleased. Hanafi also told the court that during the investigation phase of this case, he had been threatened by the Commercial Affairs Department to agree with their allegations, with regards to that particular sum of money.