The second tranche of the court hearings started with a director of Xtron, Choong Kar Weng, taking the stand as a prosecution witness.

In his personal capacity, Choong is also the director of Macy Home Furnishings, an award-winning home furnishing company in Malaysia. He is a qualified lawyer and was called to the bar in Singapore.

As he and his Singaporean wife reside in Kuala Lumpur, Malaysia, they travel to Singapore almost every fortnight to attend CHC worship services and to visit his mother-in-law.

The questioning of Choong about Xtron took up most of the morning’s session. According to Choong, Xtron’s two key objectives in relation to its main client, CHC were managing Sun Ho in the Crossover Project, and later, the acquisition of a new property for the church. It was established that Choong was asked by senior pastor of CHC, Kong Hee, to be on the board of Xtron because the company was involved in acquiring property for CHC at the time. When asked why, Choong replied he assumed it was because he was legally trained.

He emphasized that his duty as a director of Xtron was to protect the company’s interests, while trying to further the common vision of both Xtron and the church. He said that his focus was not to maximize profit for Xtron but to manage Xtron’s cashflow and to provide the best service to CHC.

When the Prosecution showed a slide of Xtron name cards that had been prepared for persons who were not employees of Xtron, including Kong and CHC pastor Tan Ye Peng, Choong explained that these people represented Xtron, as Sun Ho’s management company, in discussions with different parties in relation to the Crossover Project. His explanation reiterated what Koh Siow Ngea, the third prosecution witness and the other director of Xtron, had told the Court in the first tranche of the trial. 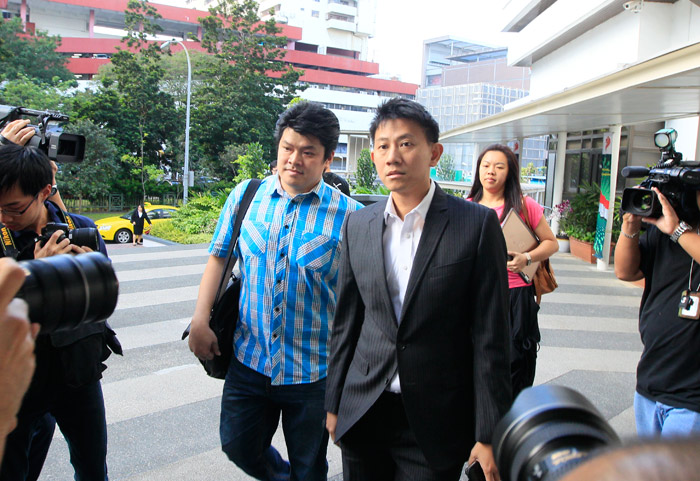 Choong responded that as CHC was Xtron’s main client, individuals from the church were involved in the discussion. He stressed what was discussed were suggestions and the ultimate decisions were made by the directors.

Ong also questioned Choong on the role of Suraj, a CHC employee who was also involved in the operations of Xtron on an informal basis. Ong asked why, as Suraj was not Xtron staff, did he appear to be running Xtron. Choong explained that as he lived in Malaysia, he could not be in Singapore to make day to day decisions. He said, having known Suraj many years, he trusted him to an extent that he asked Suraj to represent him in Xtron’s operational matters in Singapore. For example, Suraj would look through documents before the finals were sent to Choong.

When asked if there would be potential conflict since Suraj was a CHC employee, Choong said as Suraj had been handling operations of CHC, he trusted him implicitly and would not do harm to Xtron.

Ong also raised questions on why the church accountants were consulting Tan Ye Peng on Xtron’s staff issues and Choong responded that it was because he was involved in the Crossover Project.

Hearing will resume at 2.45 in the afternoon.