Dr. Chan Kim Kwong, executive secretary of the Hong Kong Christian Council, seeks to bring the Asian Christian experience to the West, with a study on City Harvest Church. “When people mention ‘mega church’, most people will instantly think of a few famous ones in the West because so much has been written about them; yet, there are many things happening in Asia and in other parts of the world but are rarely talked about,” says Dr. Chan Kim Kwong to City News in an exclusive interview.

That is why the executive secretary of the Hong Kong Christian Council seeks to present a case study on the movement of Christ in Asia.

“I have been doing research on the megachurches in the Christendom and I notice that there are a number of new things and new churches, new manifestations of the Christian experience coming out in Asia,” says the academic. “These are under-reported by the Western academics and press.

He adds, “I feel that there are things (in the Asian churches) that can be learned from, not only for us Asians but also for the Christians all over the world. There is a need to share these experiences and how God worked in us.”

Chan is focusing on his study on City Harvest Church. The findings of this academic study will be presented at a symposium, Global ReOrient: Chinese Pentecostal/Charismatic Movements in the Global East, organized by The Center on Religion and Chinese Society at Purdue University. The symposium seeks to assess the status and characteristics of Chinese Pentecostal-charismatic movements worldwide, with a special focus on East and Southeast Asia.

“Chinese are much more suppressive and much less expressive; much more obedient and much less individualistic; much more conform(ing) to order and much less ‘free-flow’,” describes Chan. “How would the Pentecostal trend mix with the Chinese culture? The symposium thus focuses on Chinese Pentecostalism. Some very top-notch people, who are researching on this area, will gather to discuss this topic.”

The study will be done through the academics’ participation in each church’s services, speaking to the church’s leadership and studying its background and history. 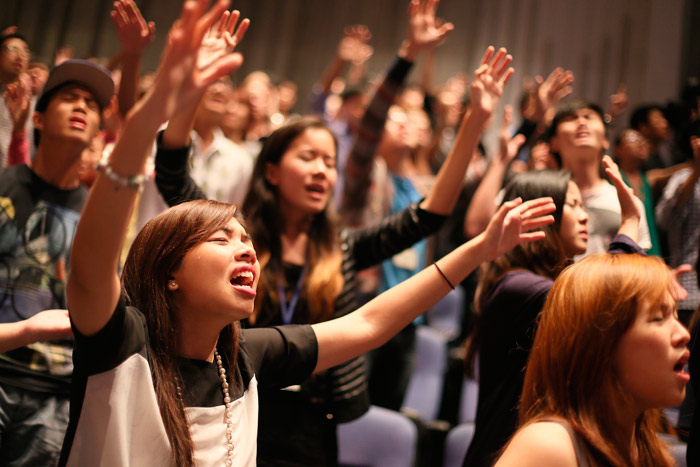 “I was looking at places (to base my research on) and somehow I encountered your church. I spoke to pastor Kong (Hee, senior pastor of CHC) and asked if it was possible to see what kind of work God is doing in this place,” Chan explains.

“I’ve been doing some studies and also documenting the current trend of missions and church development, and I feel that there is something new going on here, something unique and something that I have not seen in other parts of Christian spectrum.

“For example, your growth rate has been phenomenal in the last 25 years. Also, the group of church attendees differ from the traditional churches: youth and teenagers, in this generation, seem hard to be retained. How  people experience Christ (in CHC), are transformed, and then how they express (the experience) in a very new style— which is the Crossover and all that—I want to take a closer look at that.”

Another aspect of CHC that caught Chan’s attention was its experience of the Holy Spirit. “There are certain Pentecostal phenomena, say speaking in tongues, and being Spirit-led. You are not rolling on the floor and all that, but you have something else, other forms of manifestation in the church life among the charismatic group.”

Chan plans to visit the church several more times this year, in August and September.

“There’s something unique (about this church) but I cannot pin-point it, so I have to do a very objective analysis, try to depict the theological background and put it in an academic setting. I feel that your church is at the cutting-edge of church development. There’s something that is very new here that others can learn from in the international academic world.”

Chan grew up in Hong Kong and is trained as a nutritionist. After reading the Bible verse “man shall not live by bread alone”, he sought to be a “spiritual nutritionist” by studying theology. He is a holder of two doctorates, one in economics and political studies, the other in Church history and systematic theology. He has taught in seminaries and universities on various topics in China, the UK, the US and Hong Kong for the past 20 over years.

While Chan is a man of many trades, his main focus is the ministry of God. “All the other tools are just helpful to the ministry,” he explains. “For example, when I do research on churches, I will sometimes look at it in the economic perspective. I can look at it from maybe a different perspective that will give me a different reading.”