When a mishap happened outside the Subordinate Courts last Thursday, City Harvest members were quick to lend a hand. 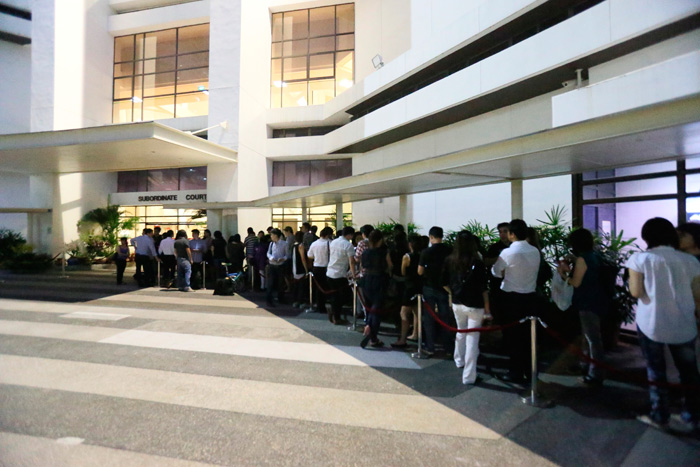 In the pre-dawn hours of May 23, City Harvest Church members were in the queue along with members of the public to get entry passes to the CHC trial proceedings at the Subordinate Courts. It was the final day of the six-day first tranche of the trial.

It was still dark and the ground was wet from a short but heavy downpour. About 10 minutes before 6am, a female court personnel was on her way up the staircase when she slipped and fell.

“I was in the queue talking to a friend when I heard a loud noise followed by some commotion,” said Maria Tok, a CHC pastor.

When Tok went with two friends to investigate, she found the woman in great pain and suspected that she had sprained her ankle.

Putting her basic knowledge of tui-na (a traditional Chinese massage) to use, Tok performed a simple massage to relieve the pain as the other CHC members helped to light the stairs with their mobile phones.

After a while, the woman felt much better and was able to get back on her feet. “I advised her to see a doctor to ensure there were no fractures,” says Tok. Another member helped carry her things and walked her into the building.

Says Tok, “I was so touched by the love of these CHC members. Despite the rain and coming to queue as early as 3.45am, everyone was quick to lend a hand when there was a need. As Pastor Kong always says, we must find a need and meet it; find a hurt and heal it.”