Yesterday’s cross-examination of Koh Siow Ngea unveiled new perspectives, thanks to his multiple, high-level roles in CHC and Xtron. 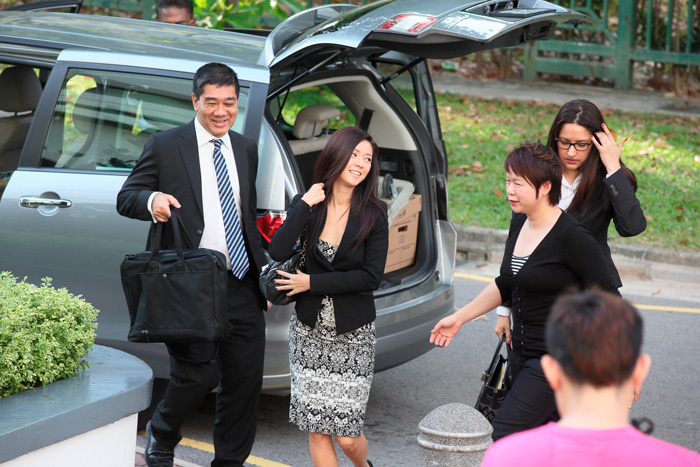 Prosecution witness Koh Siow Ngea was unabashed about his faith when called to the stand in court yesterday. He also stated clearly his belief that the Crossover Project was a mission of CHC to reach out to unbelievers through the use of secular music.

Koh is in a unique position as a witness in this trial, having held key positions both in church and in Xtron, the production company that managed Sun Ho in the early part of her music career. Koh was a  CHC board member before stepping down to assume directorship of Xtron; he was also an Investment Committee member of the church. Hence he could see the issue from different perspectives.

The property developer confirmed that he agreed with the advance rental paid to Xtron being used to buy Firna bonds. He also saw no issue with Firna, an Indonesian glassware company, using the money it obtained from Xtron for its bonds, to support the Crossover Project. As for the Xtron bonds purchased by CHC, Koh confirmed that the bond documents stated the returns were to be used for the Crossover—there was nothing secret about the use of funds. As a property developer, Koh also agreed with the defense counsel that it would have been “silly for Xtron to keep the money in a bag waiting to buy some property.” As a business owner, he saw the logic of the offset between the advance rental and bonds that Xtron issued to the church by using accounting entries.

Koh’s wholehearted buy-in into the Crossover Project took centerstage at the cross-examination yesterday afternoon. It was revealed that he supported the Crossover Project not only in word but in deed: he, with his brother-in-law Chew Eng Han, personally donated $40,000 to fund the project.

What drove him to have such unbridled support for this project?

When asked by defence counsel Andre Maniam if he “personally saw it (the Crossover Project) as more about spreading the gospel and saving souls, rather than just selling albums and making money?”, Koh said this was true. Having seen the success of the Crossover Project in Asia, the witness agreed that his faith was a “conviction of things not seen”, those things being the Crossover effort in the US.

INVESTMENTS WERE NOT QUESTIONED Defense lawyer Edwin Tong also pointed out early yesterday morning that the church’s building fund was used to acquire investments, and that such investments, including the Xtron bonds, were all held by Deutsche Bank, which was the custodian bank for the church’s investments.

More importantly, he also sought to establish that these investments were known to the Church’s board, Investment Committee and executive members, and that none of these people, including external professional advisors like lawyers and auditors, ever for once questioned these investments and transactions.

Tong asked, “To the extent that you had any interaction with any other members on the IC, or the board, or any of its external advisors, including lawyers and accountants, there was not a single suggestion that these bonds were not proper; right?”

Koh replied to the court, “Correct, your Honour.”

Tong also sought to establish that the investments were regularly reviewed and assessed against the Investment Policy to ensure there were no deviations from the policy. He followed that up by referring to the first bond subscription agreement of Aug. 17, 2007 in the agreed statement of facts. Koh confirmed that during the time he was on the CHC board, $13 million was drawn down by Xtron. Tong made note of a statement in the ASOF that “The $13 million disbursed to Xtron under the first BSA was applied to the Crossover Project.” Koh agreed it was fair to say that not a single cent was spent on any other purpose than the Crossover, since Xtron had been tasked with promoting Sun Ho’s music career.

It resurfaced in court yesterday afternoon that Wahju Hanafi and Koh, together with three of the accused persons—Kong Hee, Tan Ye Peng, Chew Eng Han—financially supported and guaranteed the Project. Senior counsel Kannan Ramesh brought up the issue of the indemnity Koh and the three accused gave Wahju Hanafi should Hanafi, who stood guarantor for potential losses incurred by Xtron for the Crossover, not be able to pay its debts.

Without Hanafi’s guarantee, had Xtron gone bankrupt, the church would have suffered losses. “Of the four, three persons are people who have been charged with criminally misappropriating moneys from the church, correct? Mr Chew, Mr Kong and Mr Tan,” asked Kannan.

The trial resumes this morning at 10.30am, with the re-examination of Koh by the prosecution. This session will bring this tranche of the trial to a close.