“DC Talk either ruined me or made me better as an artist. Toby Mac, Kevin Max and Michael Tait—DC Talk, back in the day—we did every kind of style from ‘Jesus Loves Me’ to ‘Jesus Freak’, from conservative-sounding to kind of pop, mainstream-sounding,” said Michael Tait on 22 September 2020, in an interview with Audio Technica. In November 1995, a trio that called themselves DC Talk released their fourth album Jesus Freak, which was a hit both on Christian as well as the secular charts. It made it to number 16 on the Billboard 200, and six of the tracks made it to number one on various Christian radio formats. In 1997, Jesus Freak won the Grammy for Best Gospel Rock Album.

To better understand the unlikely crossover success of this groundbreaking album, you need to look back to the origins of where the band started.

Formed in 1987, DC Talk was originally the hip hop moniker of Toby McKeehan—better known as Christian artist Toby Mac—until he reached out to vocalists Michael Tait and Kevin Max whom he met while they were all attending Liberty University in Lynchburg Virginia. Under the thrust of McKeehan’s nascent rhymes and rapping, the newly expanded band DC Talk married Christian-themed lyrics with a contemporary urban rap style and something entirely new: Christian hip hop.

Hearing this new sound, fledgling Christian indie label ForeFront signed DC Talk and went on to release their debut self-titled album in 1989. As pioneers of this new genre of music, and with the added help from hip hop’s recent acceptance on the mainstream charts, DC Talk found a larger audience with their sophomore album Nu Thang in 1990 and were duly rewarded with a gold record. The band’s success continued with their 1992 album Free At Last, as McKeehan’s songwriting and production gave R&B and New Jack Swing equal billing with hip hop, drawing out the unique soul and rock voices of Tait and Max.

Free At Last went on to become DC Talk’s first platinum album and on the back of their relentless touring schedule, as well as their exposure on the nationally televised The Tonight Show with Jay Leno, the band found an even larger audience, one that was not typically found within the walls of a church.

HOW JESUS FREAK PREACHED THE GOSPEL TO ALL THE WORLD

With this shift in their demographic, the band took the uncharacteristic step of changing their sound on their 1994 album, Jesus Freak. McKeehan and long-time collaborator and producer Mark Heimermann took to stripping out most of the hip hop elements the band was known for and replacing them with more conventional pop and rock song structures that would appeal to a broader audience.

The impact of this stylistic change cannot be overstated. This was no mild makeover but a true transformation of the band’s core sound and nothing exemplifies this more than the album’s title track “Jesus Freak”. Borrowing more than a few tricks from the Seattle grunge scene charting at the time, DC Talk threw away their penchant for programmed beats and synthesizers and followed down the gritty pathway of distorted guitars and rock dynamics. Surprisingly, these new sonics were somehow matched line by line by the bold and hard charging lyrics of the song’s chorus:

Lyrically, this was not just a band that was changing but a band that was changing up, as they spoke with conviction about Christian persecution and what it meant to stand up for your faith. To promote the song, ForeFront sent 4,000 promotional CD singles to youth pastors throughout the United States. Coupled with the recent addition of point-of-sale purchases from Christian retailers to the Billboard 200 meant that the groundswell for DC Talk’s album was strong. In its first week of sales, the album debuted on the Billboard top 100 at position at number 16, selling 85,000 copies, with 90 percent of those sales being made at Christian retailers. 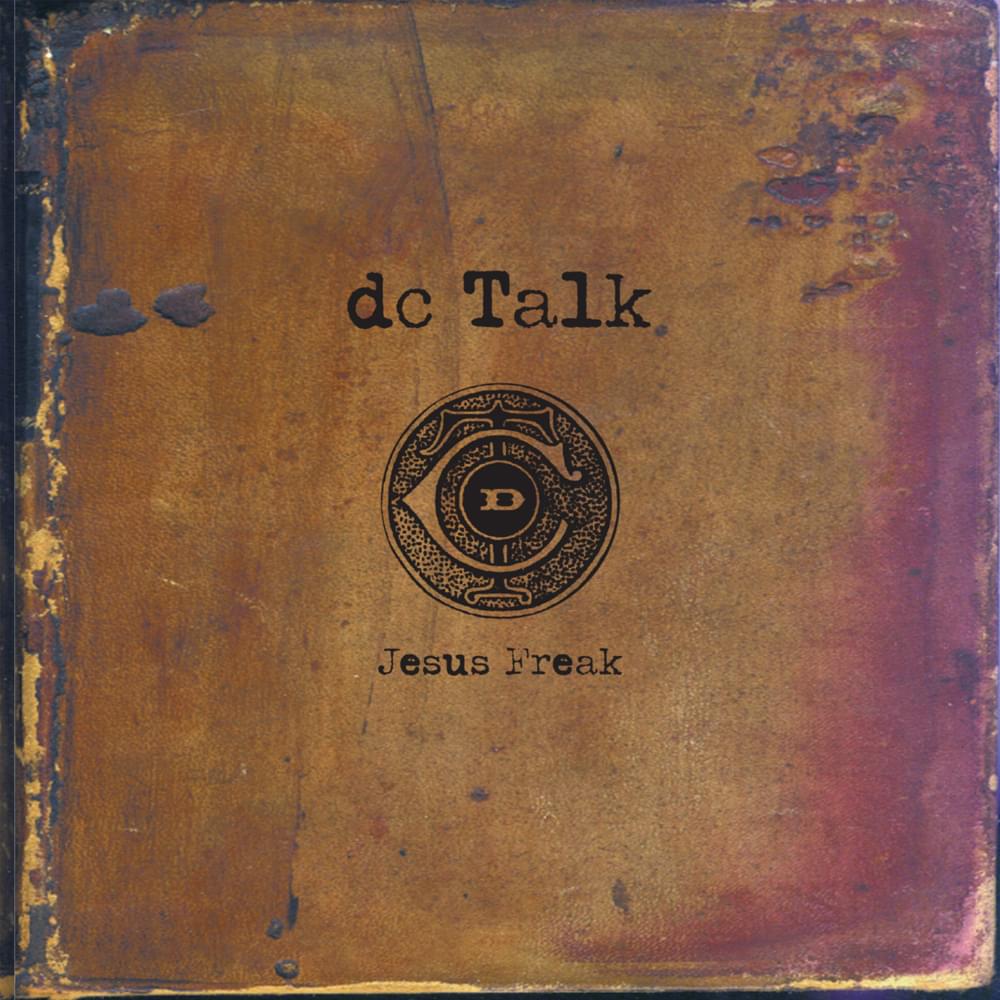 As groundbreaking as this was for a Contemporary Christian artist, greater success was to be found when DC Talk’s label ForeFront was sold to EMI and the giant music conglomerate put their promotional muscle behind the song “Between You and Me”. With its adult contemporary-flavoured looped backbeat and chiming acoustic guitars, the song talks about reconciling with a friend before God and features a wonderfully raw and poignant chorus that borrows inspiration from Ephesians 4:26

The song became a hit in 1996, peaking at 29 on the Billboard Hot 100 charts and became DC Talk’s highest charting single of their career.

The single may have been a watershed moment for the band but the lasting effects of the Jesus Freak album far outweighed the impact of the two million copies it eventually went on to sell. Even with some of those in the Christian music press hailing the band as the Christian Beatles, these odd platitudes still can’t overshadow the fact that a Christian artist had presented a relevant contemporary music offering that was in sync with the overriding pop culture of the day.

Jesus Freak carried the message of Jesus Christ, unabashed, undiluted, and unrelenting, and this message was heard by an audience of millions. There was no ambiguity in the lyrics and in the themes presented—it spoke the same message to the saved and the to-be-saved. To the secular world, Jesus Freak presented Jesus Christ as real, relatable and here amongst us. To Christians, Jesus Freak demonstrated what it took to engage an audience that didn’t know Jesus as their Lord and Saviour.

The genius of this album is that it embraced both audiences equally, carrying a relatability that appealed to any audience. And 26 years after its release, its message still remains the same today.

Listen to Jesus Freak the album on Spotify

Uncovering The Heart And Mind Of The Christian...