Serving up fresh, handmade baos at Kampong Ubi Industrial Estate, Samuel Liow shares about his humbling journey from a 9-6 corporate career to kneading dough daily at 4 am. 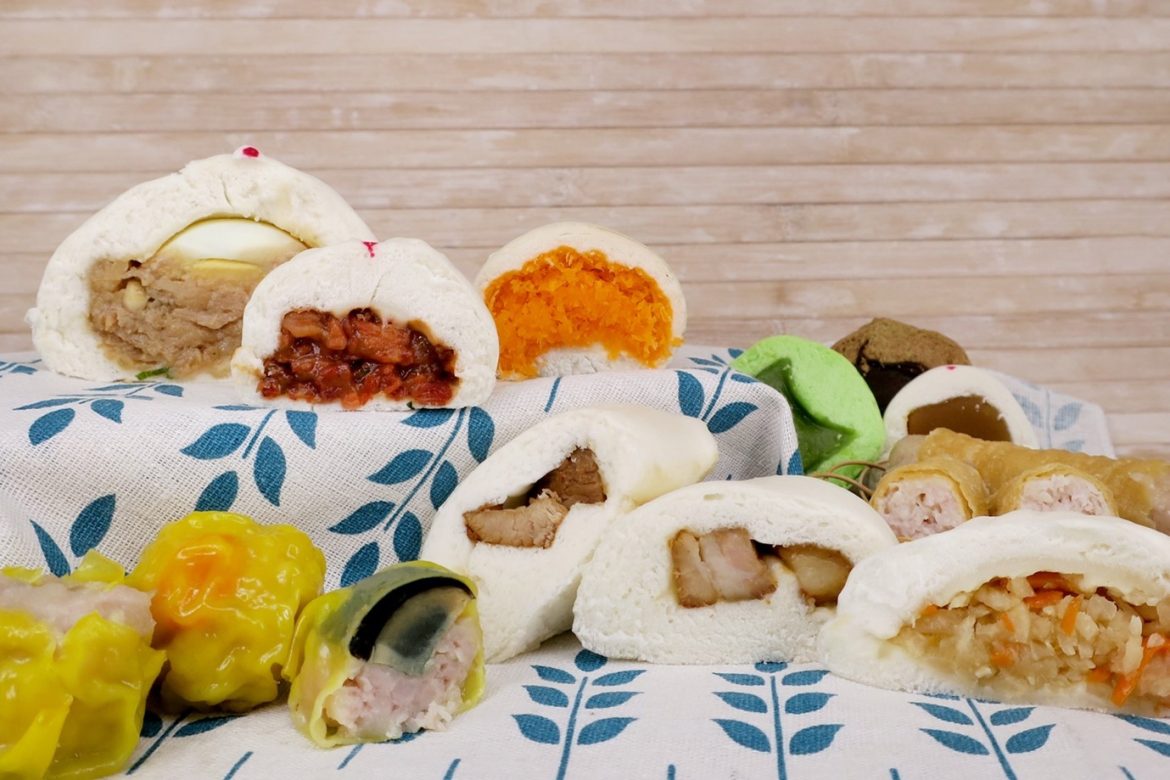 Six years into the business, owners Samuel and his wife Irenaus Yee wanted to reach out to a younger palate. With Irenaus as the R&D brain of the business, they launched several novel flavours: popular ones include the tutubao (coconut bun), kaya bao, and coffee bao. Today, their menu of handmade bao includes a mix of both traditional and unconventional options for all.

The shop’s char siew bao is the perfect afternoon treat the pork filling an excellent balance of mellow sweetness and fattiness. To top off a savoury lunch, try their tutubao (coconut bun)—a fluffy bun that boasts a sweet, rich, shredded coconut filling. The shop’s lotus glutinous rice caters to those who love the sticky and flavourful rice, accompanied by chicken, barbecue pork, salted egg and Chinese sausage.

Their classic dim sum items are not to be missed: the century egg siew mai, as well as the lotus glutinous rice topped with salted egg and Chinese sausage, have plenty of flavours and are filling enough for a full lunch.

THE SPARK TO START HIS OWN BUSINESS

The idea of running his own business came when Samuel was contemplating a career change. At 35-years-old, he already had his third child and expenses had been increasing drastically. Owning his own business could offer him a chance to cope with the rising living expenses and allow him to spend more time with his family.

“I wanted to try something new before my physical strength runs out,” he adds. 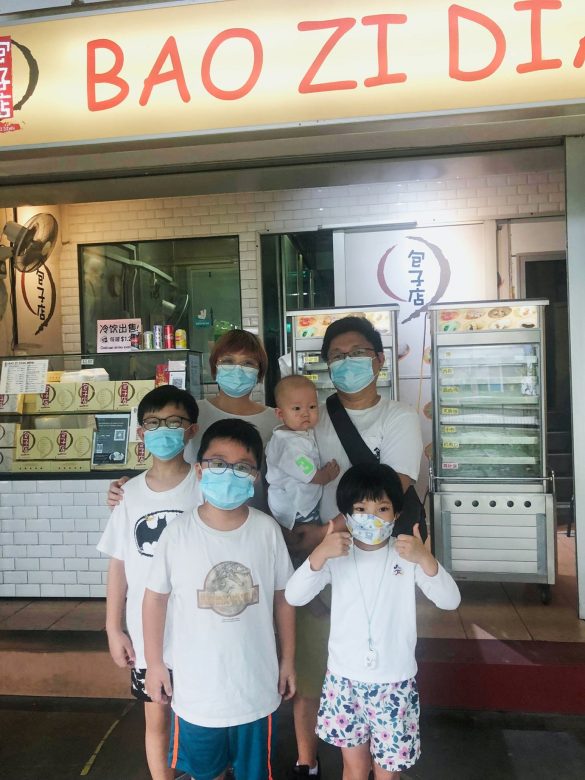 Samuel with his wife, Irenaus Yee, and their four children at Bao Zi Dian.

The F&B scene wasn’t new to Samuel—his family has long been involved in the F&B industry, running a Nyonya cuisine shop at the Changi Airport terminal at one point. However, he admits that he had never stepped into the kitchen until opening his store. His role was confined to that of a more supervisory and marketing position.

Due to the long working hours and shift work nature of the industry, he chose to venture out of F&B and look for a 9-to-5 job, joining a bank and working in software compliance.

At that opportune moment, Samuel also found out that he had been listed as a co-owner for a bao shop that his cousin had set up. His cousin knew of a Malaysian chef who was very skilled in making dim sum, and this chef was willing to impart his culinary skills to the pair.

In faith and with hope, Samuel quit his job at the bank and headed back to the F&B industry. The pair split up roles according to their existing skill sets—Samuel was in charge of sales and marketing, while his cousin handled the food production.

Unexpectedly, his cousin decided to pull out of the business after six months of operations.

As someone who had never handled food production, Samuel was dejected. However, he had also left behind his banking career and put all his time and finances into the business, so “there was no turning back,” he shares.

It was a humbling experience as he had to take one month’s break to learn from the Malaysian chef again, helping out at his coffee shop stall to learn how to make the ideal bao from scratch—starting with the kneading of the dough.

“I had to learn how to cut the vegetables properly. I had to shred vegetables like turnips and onions… I had to learn everything from scratch,” shares Samuel. But he knew he would never quit: “either I make it, or break it.”

Samuel restarted the business after the month-long apprenticeship, starting officially in March, 2016 with Tan Ya Lan, a pastor in CHC, coming down to dedicate the business to God.

His biggest challenge was mastering the texture and mouthfeel of the baos. Thankfully, many regular customers provided feedback, helping him achieve consistency and produce delicious baos and dim sum. However, he takes feedback with a pinch of salt, noting that it is not easy to please everyone.

“I’m not trying to persuade everyone to love my food, but I present my best, so those who like the food will come along,” says Samuel. He does plenty of research and taste tests to find his own style. “You must like what you serve,” he adds.

“I always ask God for mercy and grace,” Samuel shares candidly. As a business owner, he has a lot on his plate: worrying about the taste and quality of his food, balancing his balance sheet, ensuring that his store and his employees are being taken care of. He has also had to learn how to manage people relationships—all amidst waking up at 4 am to start food preparation and juggling family time with his wife and four young children. Samuel is thankful that, as a takeaway shop, the COVID-19 pandemic did not have that great of an impact on the business. “By the grace of God we were not ordered to close the shop,” he shares, lamenting that many neighbouring stores had to shut their doors when the number of cases rose and Singapore went into lockdown.

Samuel’s cell group were a source of strength for him, providing support in the form of prayer and by ordering food from the store.

Unfortunately, in the midst of the pandemic, several staffers left abruptly due to various reasons such as fear of the virus or wanting to return home before borders were closed. Though traffic was lower during Circuit Breaker, customers bought food in larger amounts, and the lack of staff meant a decrease in food production.

“I told my remaining employees to work at a manageable pace,” recalls Samuel. He also decided to close the shop on Sunday, so that they can get some rest at the end of the week.

“My employees always ask why I chose to start a business in F&B, when I could, instead, be wearing shirts and pants to work in the bank comfortably,” Samuel grins. Now, he wears singlets and shorts to work. “Isn’t that more comfortable?” he laughs.

His prayer for the new year is to be able to hire enough staff for the store, ensuring that the food preparation process becomes more efficient, and allowing him to scale up the business.