How To Create A Better World: Erwin McManus

In the midst of a crisis, Jesus wants to heal the broken-hearted and help them create a better future. Lead pastor of Mosaic Church, Erwin McManus challenged City Harvest Church to live up to their calling.

In lieu of a live service over the Lunar New Year weekend (Feb 12-14), CHC’s online service featured a recorded message from Erwin McManus, the lead pastor of Mosaic Church in Los Angeles.

He challenged CHC to consider: in this time of global pandemic when most people have questions on how to survive, what kind of world do they want to create?

“If this is a moment God has chosen to place us in, then we have to realise that we have the same mandate, stewardship, responsibility and opportunity to create a world humanity so desperately needs,” he said.

Isaiah 61:1-6, from which he drew his message, speaks of Jesus’ coming into the world long before He stepped into human history—it was a description of His mandate and mission. This declaration from Isaiah was astonishing as it came during a time of oppression and captivity, when the people of Israel could not have imagined that there could have been a better tomorrow.

What Christians are going through now is identical to what the children of Israel experienced then.

The first verse in Isaiah 61 speaks of posture, which is the starting point: one cannot proclaim what one cannot see, know or is convicted of.

“When you connect with God, He changes your posture and allows you to address the question—what kind of world would you create—from His vantage point,” explained Pastor Erwin. This is how the prophet Isaiah was able to imagine a different world than everyone else. He encouraged the church to step into the posture that Jesus had when He walked on this earth, and to allow God to give them eyes to see what no one else can imagine.

Pastor Erwin shared from his own experience working with the urban poor: he realised that it was their inner posture that needed to change before their lives could experience financial stability. They suffered from a poverty of imagination and dreams. Before he could help them, he had to convince them to imagine and dream that their lives could be different and better.

“When the spirit of God is within us, we’re not blinded to the possibilities of a better future. We don’t let despair, fear or hopelessness become our filter,” he said to the church. Imagination is a playground for God where He can show to His people what He can do through them and with them.

BIND THE WOUNDS OF THE BROKENHEARTED

One way to know if you have become blind to a better future is when you have lost the ability to celebrate someone else’s success. “That’s how I check my own soul,” Pastor Erwin admitted.

Isaiah 61:1 proclaims that Jesus wants to bring healing to the brokenhearted. When people go through hard times, they fail to remember a life they once loved and the great memories they had. Their conversations constantly move into the negative—the world is one open wound. But the good news is: Jesus brings healing to the broken-hearted.

To do that, one needs to first bear those wounds and find healing for themselves. “The only wounds that you can heal are the wounds that you’ve been willing to bear, and from that wound, you find the salve for other’s wounds,” he elaborated. 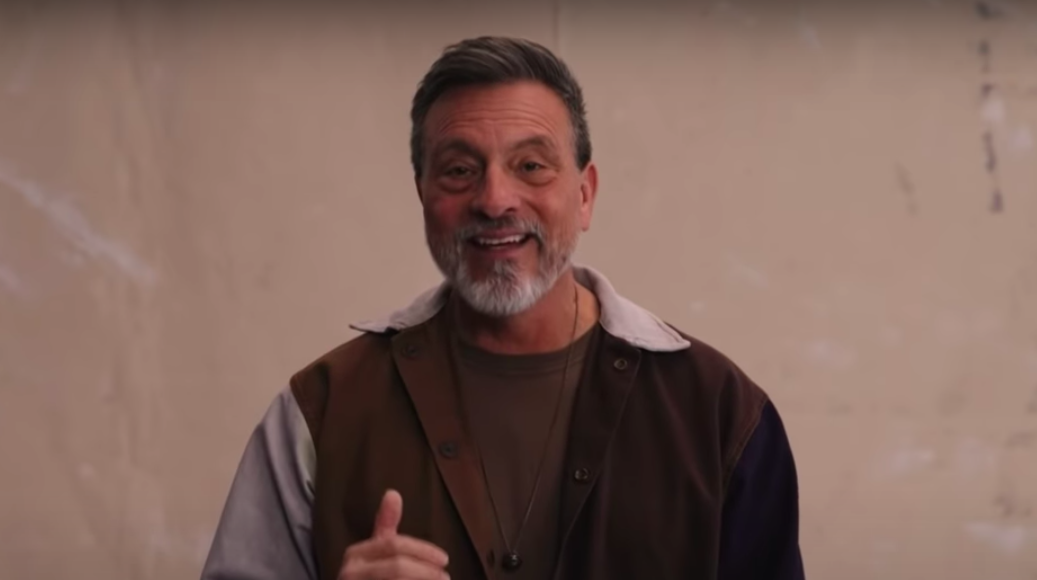 Pastor Erwin shared a recent accident he had in Mexico that left him with a scar on his face. While his wife told him he could go for plastic surgery to cover up the scar, he was determined not to because to him, his scars are the roadmap of his life. Most people avoid scars and wounds but it is through these that God shapes His people.

“The pain we go through is the material God shapes and uses to bring healing to the pain of others,” he encouraged.

Not only does Jesus want to bring healing to the broken-hearted, He also wants to set the captives free. Freedom, said the pastor, is allowing God to bring deep inner freedom into space without despair and hopelessness, moving them into hope and a future.

Darkness is psychological suffocation when one cannot see what is in front of them, but they have to have the courage to keep moving forward. He gave the example of driving along a winding road on the side of a mountain, with a hundred-meter drop on the side, on a foggy night. What he did in that situation was to follow the car in front of him, because even though he could not see the road ahead, he could see the car. The best way to manoeuvre in fog is to have someone in front of you to follow.

In the case of the believer’s life, Jesus is the One to follow when the world is dark and filled with hopelessness, when one is struggling with despair, sorrow and depression. When one draws close to Jesus and follow Him through the dark, He will lead you to the other side.

FROM PAIN TO RESTORATION

Out of the broken pieces of their lives, God wants to teach His people how to create a new world (Is 61:4). Pastor Erwin explained that in some cases after an injury, when a person allows the pain to limit their rehabilitation, they take a longer time to heal. Sharing that he is exceptionally prone to injury, he has learnt that if one pushes through the pain, they heal faster. “The more pain you can take, the more you can actually strengthen the part of you that is broken,” he advised.

Some people have the misconception that following Jesus means a life without pain. On the contrary, following Him could mean experiencing the greatest pain. However, God knows that the pain is necessary for Christians to develop the strength to create a world He wants. “We learn to take the broken pieces of who we are and create a new world through them,” said the pastor. “As long as we don’t allow that wound or injury to become the defining characteristic of who we are”.

He encouraged the congregation to make a decision to not let pain limit everything in their lives but instead, to let it be another obstacle they choose to get through and emerge stronger on the other end.

“There is nothing God will ever call us to do that is not going to cost us something,” the pastor continued. “The question is not whether God has called us to do great things, but if we are willing to pay the great price.”

Pastor Erwin encouraged the church to allow God to take their pain, suffering, disappointments and sorrows and use them as “a healing salve” for everyone who comes into contact with them.

“Don’t allow yourself to choose to live in a prison where you have built and locked yourself in, but allow God to set you free so that no prison can ever hold you back from your freedom,” he preached. There is a future that is waiting for someone to have the courage to create it.

THE PROVISION OF GOD

Pastor Erwin interpreted Isaiah 61:6 to say that there is nothing that can hold God’s people back from living the life He has created for them to live. “Everything that God created, is created to give us life,” he declared. 2020 was a year that Pastor Erwin had great plans for, but everything came to a painful and abrupt stop when the pandemic spread across the world. He felt as if his destiny was gone and he watched people around him losing their jobs, dreams and families.

His wife Kim had a dream of building a school in Malawi. However, the cost of the actual project was far more than initially projected, and Pastor Erwin wanted to stop. But something inside of him said he could not pull back and he had to just keep moving forward. As the project went on and they saw the foundation being laid, their dreams grew bigger.

It was as though God was telling them to not worry about it at all. In verse 6, when one would “feed on the wealth of the nations”, it did not refer to living in luxury, but it was that they would have all the resources they need to fulfil God’s purpose in and through their lives.

In the middle of the crisis, he knew that he had to create. He had a warehouse filled with decommissioned fabric that he had put off getting rid of. Seized by his imagination and need to create, he started a new clothing line with the old fabric, repurposing them into sweatshirts, pants, even masks. “Nothing wasted,” reads some of the items.

In closing, Pastor Erwin used the example of his new fashion business to encourage the congregation to not underestimate what God can do with the material that is them. God Himself stepped into human history 2,000 years ago and took on flesh and blood. He allowed Himself to be crucified, though innocent, and gave His life a sacrifice so that those who believed in Him can live. He died a gruesome and agonising death so that His people will always know that there is a future, hope and freedom for all  that are found in Him.

Emerge Conference 2019: Growing Out Of Your Struggles,...