The Biblical Way Of Handling Your Emotions: Aries Zulkarnain

What do you do when you are overwhelmed with emotions? Hide and bury them? Rant on social media? Last weekend, Pastor Aries Zulkarnain taught the church the Biblical approach to handling doubts and fears. 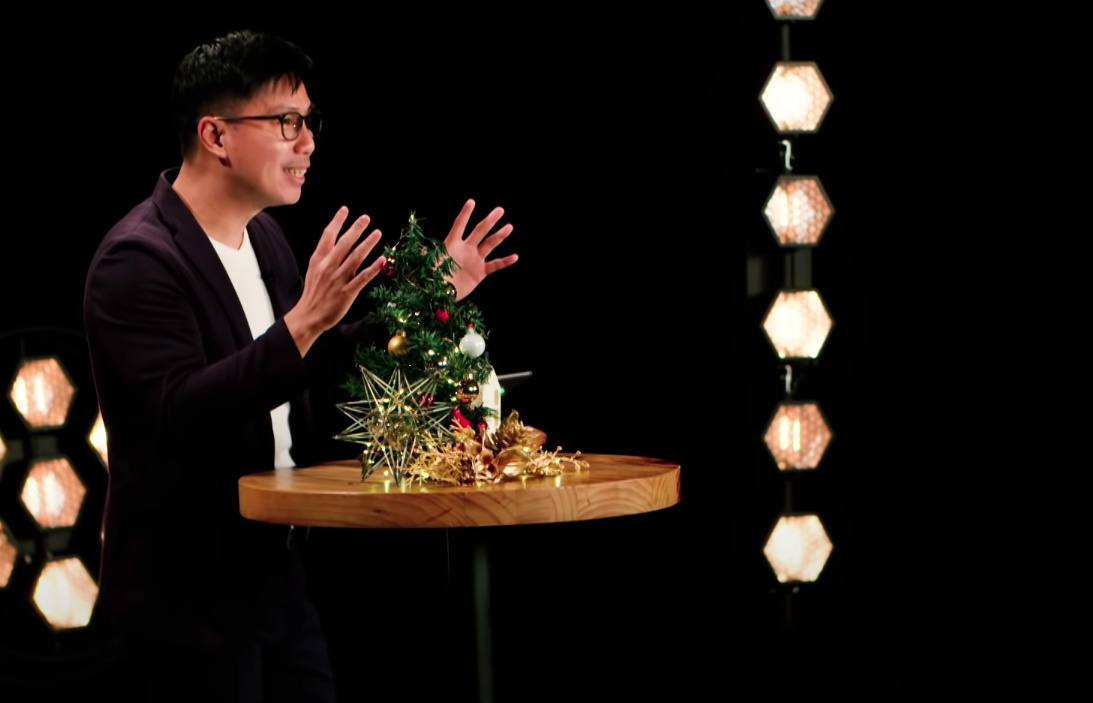 As the year comes to an end, many are still feeling battered by the impact of the global pandemic. Although the light in the proverbial tunnel seems far away, Jesus promises that His believers will not stay in darkness (John 12:26). Over the weekend of Dec 12 and 13, Aries Zulkarnain, CHC’s executive pastor, shared with the church King David’s way of dealing with fears.

Expounding on John 12:26, Pastor Aries pointed out that Christians will also experience darkness in their lives, but they need not stay in darkness because Jesus is with them. He went on to share the story of David going through one of the darkest moments in his life as a king.

CRYING OUT TO GOD THE WAY DAVID DID

Reading from Psalms 3:1-8, Pastor Aries shared that many Psalms are similar to this one where the Psalmist expressed his “very human” feelings before God. “And yet, God is very okay with it,” the pastor encouraged. “Church, the presence of God is the place for you to process your emotions, not to bypass them.”

The pastor spelled out three approaches to handling emotions. The first is the religious way: one suppresses and denies what he is feeling. The second is the secular way: one expresses them unreservedly. The first approach is unhealthy, while the second approach unhelpful.

The Bible teaches a third way, which is to pray through those feelings. “God wants you to tell Him exactly how you feel,” said Pastor Aries. “He wants you to bring those feelings into His presence and allow Him to work through your heart.”

In the first few verses of the Psalm, David told God his worries and anxieties. But by verse 6, David had reached a place of trust and peace in God. David’s turning point is found in verse 3 where he says, “But You, O Lord, are a shield for me, My glory and the One who lifts up my head.” David began to realize that there is another side to his pain: he could now see God’s perspective of his situation and understand that God was not finished with Him yet.

“When you go through a crisis, don’t just pray for protection; pray for perspective,” said the pastor. “David obtained a fresh perspective from God that helped him handle his fear and anxiety.”

Pastor Aries then shared with the church two things that David realized when he saw things from God’s perspective. First, it was that God’s shield of protection only worked when he faced his danger instead of running from it. The pastor further emphasized that a shield is only useful during a war. David realized that the shield was not meant to protect him from the crisis, but to protect him while he was going through a crisis. “This means that even when bad things happen to you, as long as you are in God, those bad things will be used by God for your good,” Pastor Aries noted. “God will protect you as long as you face the danger, and not run away from the responsibilities.”

To illustrate his point, Pastor Aries shared a testimony of a leader from his pastoral zone. Ken got into a car accident just two days before Christmas, knocking down an old man on a bicycle. He was eventually cleared of any wrongdoing because his dash camera showed that the old man was crossing the road even though the pedestrian light was red.

The accident cast a shadow over the Christmas season for Ken, but he faced his problem head on. The accident happened because the old man, Uncle Huang, had an eye problem. Ken took on the responsibility bringing Uncle Huang to the hospital for his many appointments. Not only did he helped Uncle Huang, but he also helped Uncle Huang’s brother Uncle Tian, who was diagnosed with last stage cancer. The brothers were also reconciled with their estranged sister at her deathbed—she had been a Christian. When Ken shared this with the brothers, his love and concern won them to Christ and both of them received Jesus. 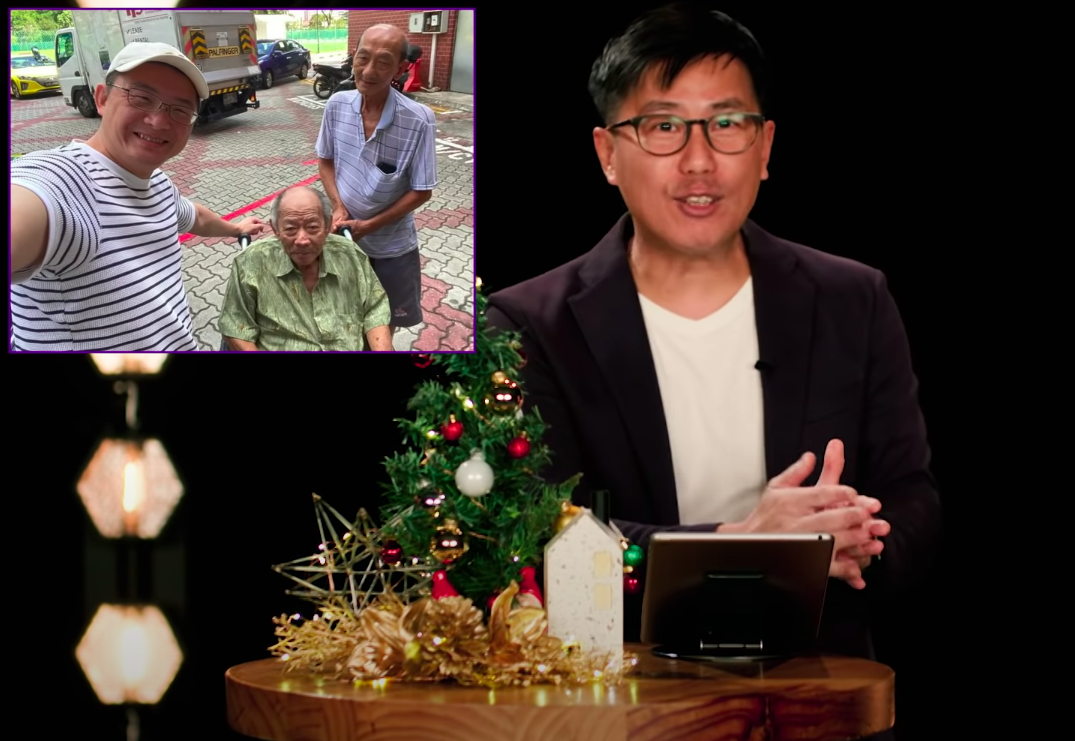 The second thing that David learned was that he needed to relocate his glory from what he trusted to God Himself, and see God’s salvation plan for him. “David realized what he had built his identity and significance upon had been taken away from him,” said the pastor.

David could have built his identity on being a popular king, or a good father. But at that moment, his son Absalom betrayed him, his kingdom was taken away, and he fell into adultery.

“Everything that he had built upon was taken away from him,” Pastor Aries said. “Here was a man who finally gained the perspective that all that he had put his identity, security, significance, glory on were now useless.”

He added, “As long as you put your security on something that is always changing, you will always try to control it so that you won’t lose it. That can be enslaving.”

David finally understood why he felt so fearful and nervous. The pastor urged the church to not only face their fears but to also find the source of all these fears and doubts. Once David understood that his fear came from the fact that his security was built on things that were finite and unstable, he could relocate the glory to God.

In closing, Pastor Aries said that the opposite of fear is not bravery, but love. 1 John 4:18 reads, “There is no fear in love. But perfect love drives out fear because fear has to do with punishment. The one who fears is not made perfect in love.” Only when the pure love of God is felt, then fear will be dealt with. He encouraged the church not to end the year in fear, but in the love of God. That way, believers will not crumble under pressure, but enter next year full of hope and faith. 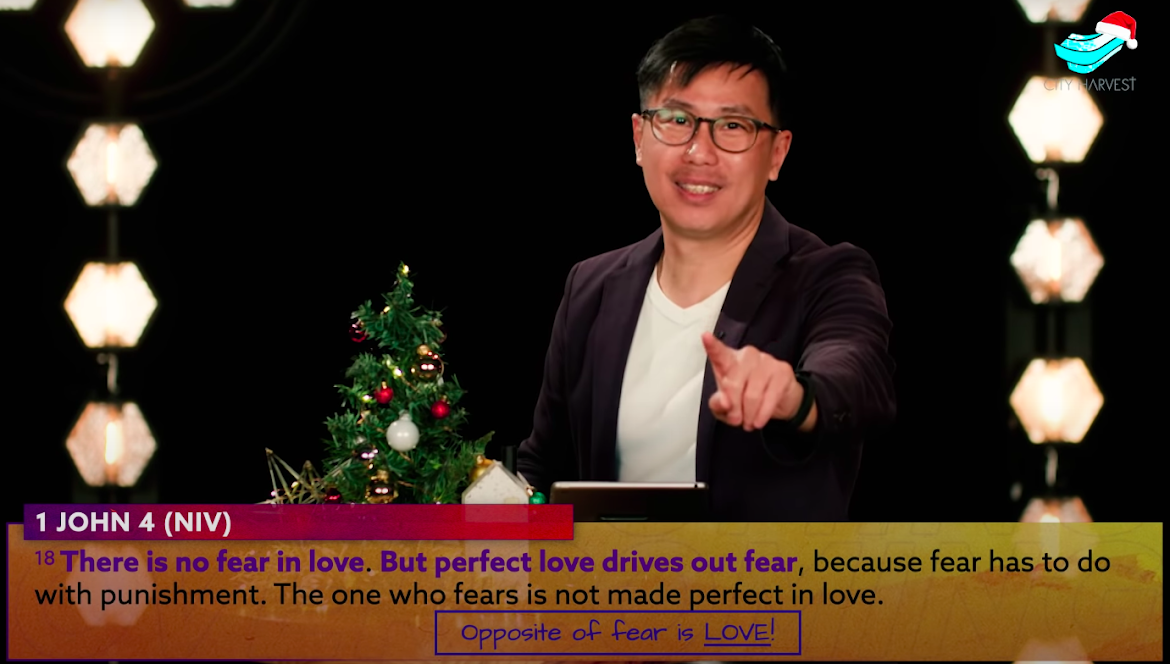 Have A Vision Of Jesus In Your Life:...