How To Build Your Life While Waiting For Breakthrough: Wu Yuzhuang

What do you do when you’re waiting for God’s promises to be fulfilled? Build up your natural and spiritual families, said Pastor Wu Yuzhuang in last weekend’s message.

“God is saying, ‘Just because you are in Babylon and going through a hard time does not mean that I have abandoned My plan for your life’,” said Wu Yuzhuang, a pastor at City Harvest Church as he explained the famous verse in Jeremiah 29:11. “The way He takes you there may change, but where He plans to take you hasn’t.” At the online service over the weekend of Dec 5 and 6, Pastor Zhuang encouraged the church not to resign to fate and throw in the towel regardless of how difficult 2020 was.

While verse 11 is the famous vers, the pastor read from Jeremiah 29:5-6 where the Israelites were exiled to Babylon. It was a time of extreme hardship for them but God instructed them to continue living fully nonetheless. Pastor Zhuang likened it to the situation many people are facing now in the pandemic and encouraged them to “do something while waiting for God’s plan to come to pass”.

He went on to highlight the two main things that Jeremiah encouraged the people of God to keep building in Jeremiah 29:5—“Build houses and dwell in them; plant gardens and eat their fruit.”

“Don’t do nothing; focus on building your family and building your career,” he said. “When I talk about family, I’m referring to two kinds of family: our natural family and our spiritual family.”

From Genesis to Revelation, the Bible highlights the importance of a family. God is known as the Heavenly Father and He initiated the very first family unit in the Garden of Eden. When Adam and Eve came together to form a family, the devil sought to destroy it because it was powerful. During Phase 1 of the Circuit Breaker, when families had to stay home, relationships between family members either got better through bonding or more estranged through frustration. Pastor Zhuang suggested three strategies to help build relationships in a family.

Firstly, husbands must help their wives in the household. Genesis 2:18 reads, “It is not good for the man to be alone. I will make a helper suitable for him.” God made women to be “helpers” meaning that they are wired to provide assistance wherever they are.

While wives are a blessing, this role of being a helper can potentially become a problem when they become so obsessed with helping others that they neglect their own needs. The pastor taught that the kingdom of God operates on the principle of giving and receiving: if one constantly gives without receiving, she would be operating at a deficit which would eventually cause her to burn out.

Thus, it is pivotal that husbands help their wives out in the household and carry her burdens.

Secondly, wives must encourage their husbands.

“Every man thrives on words of encouragement,” the pastor said, encouraging wives not to be so focused on what their partner lacks that they overlook all the good that their husbands have done for them and the family.

The first thing God did after Adam was formed was to breathe life into him. Pastor Zhuang drew a parallel between this and the word “encourage”, emphasizing that wives must speak life and encouragement into their partner.

Reading out Hebrews 3:13 where it states that one should encourage others daily, the pastor zoomed into two of one’s body parts–the mouth and tongue. They are not just anointed to preach the gospel, but also to speak encouragement into others, especially our loved ones. Moreover, the Bible teaches that one’s words possess the power to create a life and death are in the power of the tongue.

Lastly, children must honor their parents.

Pastor Zhuang used Ephesians 6:13 to illustrate this point, pointing out there if there is love and honor in the family, their lives would be prosperous. He brought up an old acronym for “family”—“Father And Mother I Love You”—to remind the church of the importance of living together harmoniously as a family.

However, that cannot be achieved without children honoring their parents. Speaking to the youths of the church, the pastor reminded them that it is one’s parents who stick with him through thick and thin—not the friends whom he may currently value over his parents. The pastor reminded the church to appreciate their parents by thanking and respecting them, as well as helping and obeying them.

Jesus said in Matthew 16:18-19 that He would build His Church on a rock and 1 Corinthians 3:9-10 states that Christians are “God’s fellow workers”. Pastor Zhuang explained that Jesus is the builder of His Church and He is looking for co-builders to build upon the foundation He has laid. The word “build” means to “construct, add on, renovate, make better, enhance, and correct”. Using a Lego building to illustrate his point, Pastor Zhuang explained that to construct a Lego structure, one must continuously stack bricks one on top of another.

He reminded the congregation that everyone is a co-builder when it comes to building God’s church. Although the Apostle Paul was a capable and anointed leader, he had many co-workers whom he called by name. “Now these men had the same heart, same vision, same thinking as Paul; they flowed in unison towards a common goal: building the spiritual family,” the pastor preached.

He went on to share the testimony of Anthony, a member of the CHC’s Dialect Service. The 64-year-old Malaysian lived in Malaysia, but traveled to Singapore for work regularly. Whenever he was in Singapore,  he would attend Dialect Service faithfully.

When Singapore went into DORSCON Orange in February, the border between Singapore and Malaysia was effectively closed, meaning that Uncle Anthony could not return home. The Dialect Service workers tried but could not locate him.

“They were very concerned for his well-being because they knew he needed help,” the pastor said. “Uncle Anthony was not just a member to them. He was family.”

In April, Uncle Anthony finally contacted them. The Dialect Service workers realized he was homeless and tried to find a place for him to stay. That was during the height of the Circuit Breaker and movement was restricted. But the church members did what they could to provide him with necessities.

At that time, Uncle Anthony’s visit pass to Singapore was about to expire and the Malaysian government had announced that only 400 Malaysians could return from Singapore daily. All the volunteers chipped in to help Uncle Anthony find a way back to Malaysia. Eventually, they managed to get approval from the embassy for Uncle Anthony to return to Malaysia and even found an apartment for him to stay in after his 14-day quarantine. A member had offered up her new condominium apartment in Johor Bahru, which had remained empty since Malaysia issued the Movement Control Order (MCO). 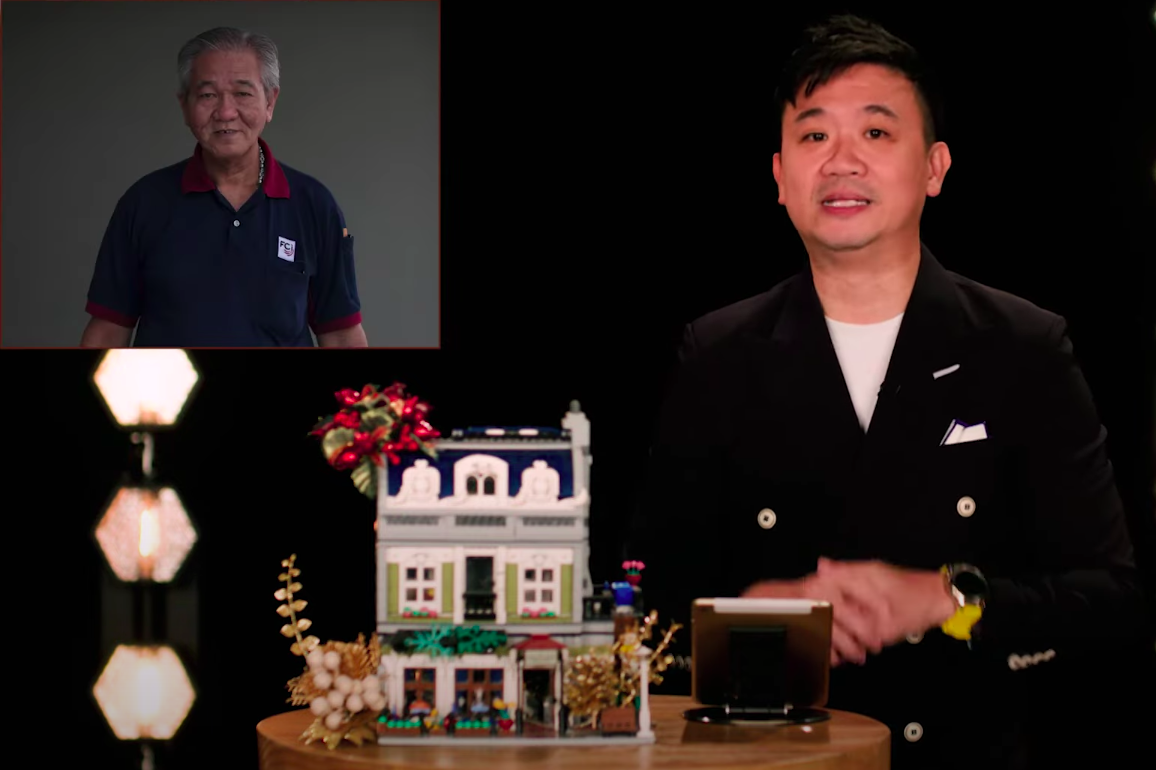 “Such kindness and generosity not only touched Uncle Anthony’s heart, it also brought encouragement to the Dialect Service members. God is our amazing Provider!” declared Pastor Zhuang.

Every step of the way, someone would come along and offer help. The late Aiden Ho, another member of the church who lived in Johor Bahru, arranged for transport for Uncle Anthony to get from the hotel to the apartment and also bought him a SIM card as well as food and clothing.

“Church, this is what it truly means to be part of the family of God. Every joint supplies and we all take care of one another in God’s house,” the pastor said.

Fight For And Recover All You’ve Lost: Wu...

What To Do When You Face Rejection: Wu...