When Clement Tan witnessed a man attacking a bus captain, he had to step in. He tells City News that his reaction came from years of training with City Harvest’s security ministry. A divine appointment. That is what Clement Tan feels it was.

On any ordinary day, the 29-year-old financial advisor would have been in the office at 3pm. But it so happened that on September 15, Clement had taken the day off to study for a test he had the next day. He had planned to head to Changi Airport, and was walking towards a bus stop along Pasir Ris Drive 1 that afternoon when he saw that that a bus for service 21 had pulled up and all the passengers seemed to be alighting.

The next thing he noticed was that a commotion was happening at the head of the bus between the bus driver and a passenger.

“I saw that the driver was shaking his head, and the guy was pulling the driver’s collar, trying to punch him,” Clement described, adding that he called the police and monitored the situation closely while awaiting the arrival of his bus.

Five minutes later, the man began hitting the bus captain repeatedly, and Clement sprang to action. He and two other men hopped onto the bus and restrained the abuser.

“At that time I really wasn’t thinking,” Clement admitted. “I saw a guy being hurt and had to do something.”

With the help of two other passers-by, Clement dragged the perpetrator out of the bus and pinned him down to the ground until the police arrived and took him away.

For their courageous intervention, Clement and Muhammad Mu’tasim Kassim were commended by SBS Transit on Sep 25 at a ceremony at the Tampines bus interchange. According to a post on SBS Transit’s Facebook page, the bus captain was abused by the passenger for trying to enforce mask-wearing. “The man boarded without a mask and only put it on after. He then started to hurl vulgarities at our Bus Captain (BC) and this continued all the way for two more bus stops.” It has been reported that abuse against transport workers has been on the rise, and half of the cases are mask-related.

The 52-year-old man was charged for causing hurt and for carrying a weapon.

Clement is a team leader in City Harvest Church’s Security Ministry. He practiced taekwondo in school and served as a commando in the Singapore Armed Forces. He felt that while all these contributed to his swift reaction at that situation, it was the training in the Security Ministry that taught him to be alert to the things happening in his surroundings.

He continued, “I was also thinking that if God allowed (that to happen) he would provide a covering over me. And He did protect me—things could have gone a different way.” Clement later discovered that the man was carrying a 12cm kitchen knife—that made him thankful that he stopped him before he had a chance to reach for his knife or someone could have been seriously hurt.

In his 10 years in the Security Ministry, Clement has been well trained to be hyper-alert while serving the congregation. He explains, “There could be some individuals who are up to mischief; or sometimes there are medical emergencies in the middle of service, and we need to react fast.” 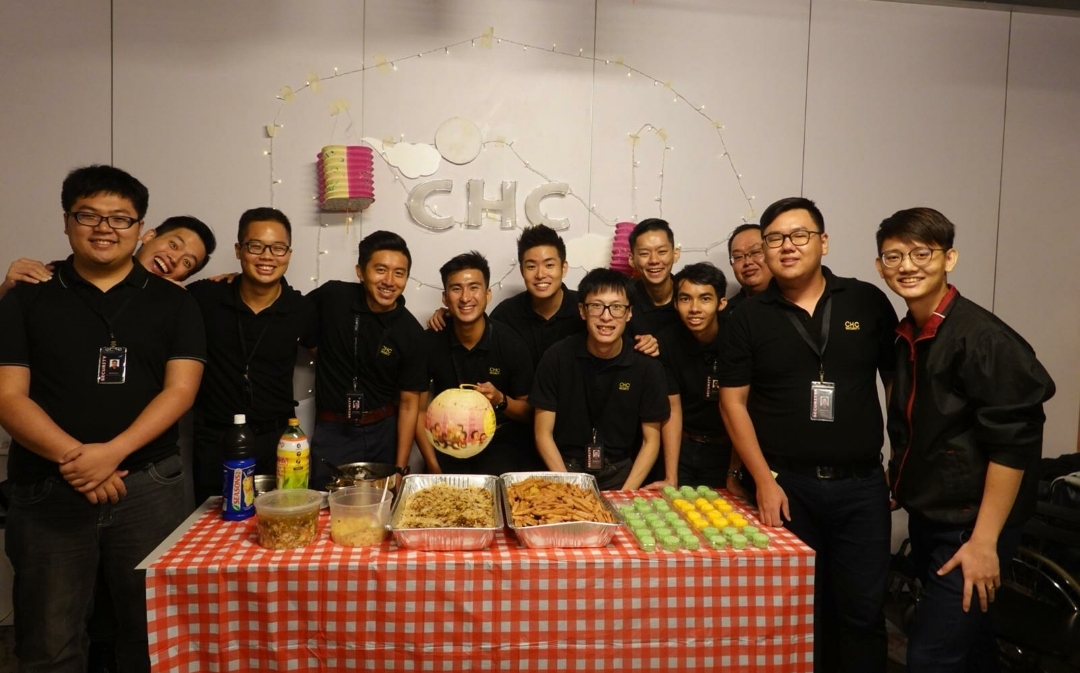 Since its inception back in 1995, CHC’s Security Ministry has trained a few hundred volunteers to serve as its security personnel. The total ministry member count stands at around 180 today. As part of the training, the volunteers run through potential scenarios.

“In one training session, we plant people in the auditorium who pretend to be sick, and the security volunteer in charge would have to tend to the situation,” he describes but adds that is usually quite peaceful in church and there haven’t been many issues, apart from a few instances when churchgoers needed medical assistance and the security team stepped in to help.

“I believe being in the ministry taught me how to be more aware of the surroundings. There was an incident that became a learning point for me last year. During Christmas service, a lady came in alone and sat in front of the sound console. She lay down across three chairs throughout the whole service—we saw her but we didn’t approach her. Later, someone from the congregation alerted us and we had to call the ambulance,” he recalled. The lady turned out to be a cancer patient who had not been feeling well during service.

“I learned from that experience to react more promptly and to take decisive action,” Clement went on. “We thought she was just feeling unwell and we didn’t want to cause a commotion by bringing in the stretcher during the Christmas drama. But then again, she might have collapsed and that would have been very serious.”

That taught him to be more aware of the things happening around him and to always be ready to help. “If God wants me to be there, I will help in whatever way I can,” he says.

A Challenge To Be Decisive, Consistent & Strong

More Than Just A Pretty Face