A Challenge To Be Decisive, Consistent & Strong

City Harvest Church’s Security Ministry volunteers embarked on a “DCS Challenge” (Decisiveness, Consistency and Strength) to build up both body and bonding. Most people would have chosen to snooze away that cloudy Saturday morning, but 20 members from City Harvest Church’s security ministry gathered bright and early at the East Coast Park on June 13 for  the “DCS Challenge”.

“DCS”, which stands for decisiveness, consistency and strength, is the motto behind the ministry, said organizer Tan Kok Siang, 39, an educator. While fellowship outings among ministry volunteers in CHC are common, an outing like this one, which challenged the volunteer’s physical strength and mental endurance, was definitely something different.

Tan said that he decided to organize this event instead of a typical run, when, on the Internet, he came across a similar challenge conducted by a group of retired soldiers from the special forces in US. He improvised the challenge by incorporating elements from the army training he had received in the Singapore special forces unit, of which he was a part. Tan hoped that this event would foster small group leadership and increased determination in the ministry volunteers as they participated in the challenges together.

Four stations awaited the participants. First was the morning workout consisting of five sets of crunches, bicycle kicks and push-ups position with a twist: everyone had to hold the position while one participant did a leopard crawl through the “tunnel”.

The second station required the participants to cover a distance of 4km in groups of six, while carrying a log bearing four sacks of sand. The third station was an ice tub challenge: each of the participants had to climb into a tub filled with cold water and ice. The challenge was to stay in the icy cold water–which  averaged a temperature of only six degree Celsius–for five minutes. The final station saw the participants drag a huge tire down the road in a shuttle run.

Among the participants were two female security members, Esther She, a public relations executive and Tiffany Wong, a national park officer. They were new to such a challenge but were shown no special treatment. Despite that, the girls boldly attempted the challenge without hesitation. Sitting in the icy tub, She told City News with a smile: “Challenge yourself! Woman can be equally strong.”

One of the participants, Javiel Tan, 20, was a student who had not gone through army training. He commented that the challenge was fun and refreshing even though the activities were physically a strain. “This event allowed me to meet ministry mates from both the Saturday and Sunday teams whom I had not met before. The challenging activities gave us the opportunity to bond as one, to look on the positive side of things and learn to look out for each other”. 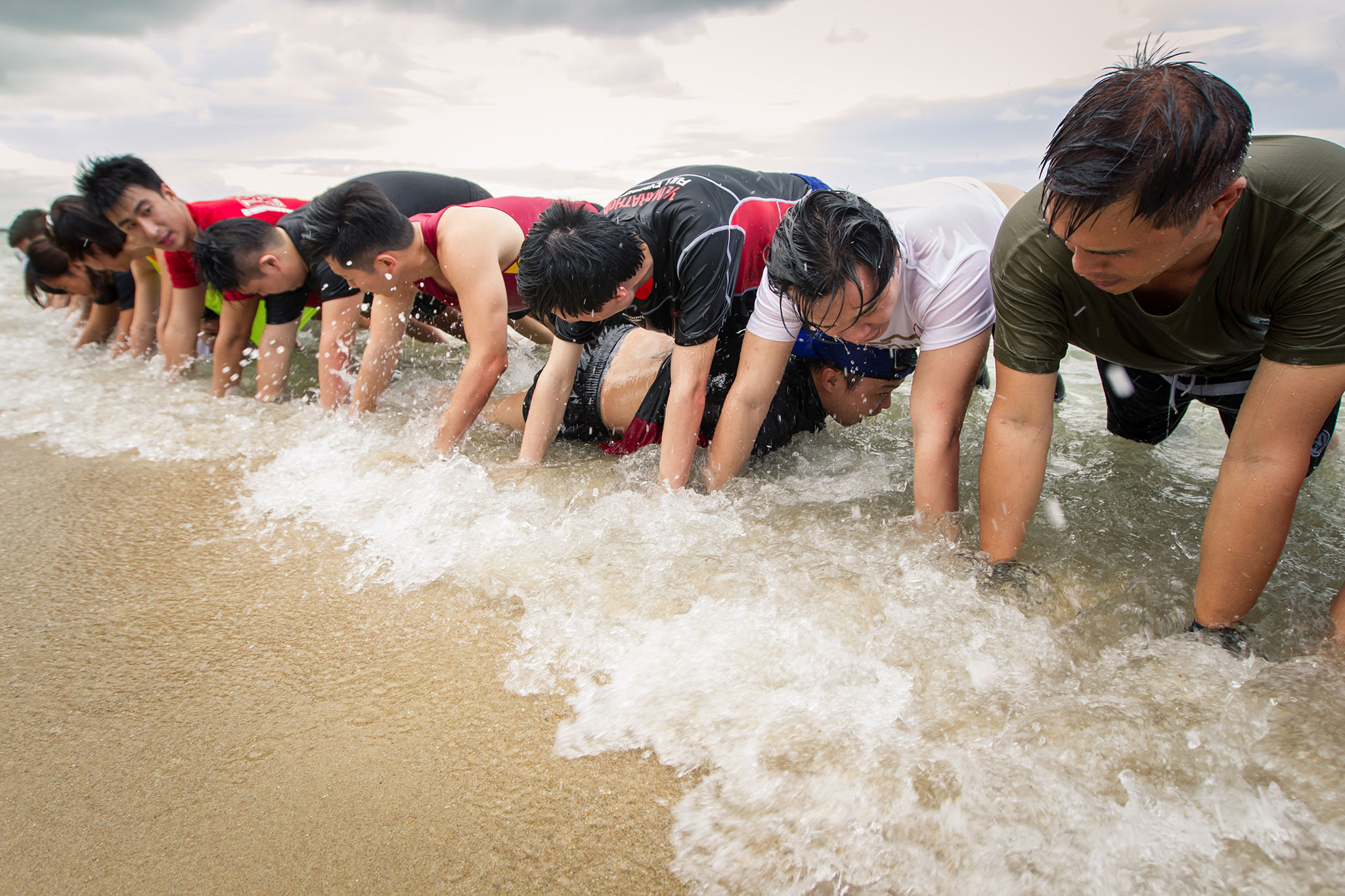