God Is Fighting For You: Bobby Chaw

Even when the Israelites had no idea that a plot was brewing against them, God fought for them and preserved them. In his sermon last weekend, Pastor Bobby Chaw encouraged the church to stay close to God because He is still fighting for them.

The book of Numbers describes Israel’s journey in the wilderness, and the message in Numbers 22 is applicable to the situation of the world today. Bobby Chaw, the executive pastor of City Harvest Church, preached from this chapter last weekend (Aug 8 and 9), reminding the church to fix their eyes on God in the season of trials. Numbers 22 records an extraordinary story that involves four main characters, each of whom teaches the believer a life lesson. The first was Balak, the king of the Moabites who was “exceeding afraid of the children of Israel”. Numbers 22:4 holds the answer. The Moabites were worried that Israel “will lick up everything around us, as an ox licks up the grass of the field”.

“Isn’t it true that during a crisis, it’s every man for himself?” asked the pastor. The fear of lack and the need to protect one’s own interests often turn people inward. Soon, they become indifferent, even to people in their own family.

In fact, Lot himself was a man who did not care for others. In Genesis 13:10 and 11, Abraham gave Lot the choice of all the plains of Jordan and Lot chose for himself the best piece of land without a thought for his uncle. Yet Abraham generously gave Lot what he wanted.

“There was no fear or complaint,” Pastor Bobby said of Abraham’s attitude. “Because he lived by faith and not by sight. His eyes were always fixed on his source, who is God Himself.”

When Abraham was facing his most difficult trial, his eyes never left the Lord. In Genesis 22:13-14, just when he was about to sacrifice his only son Isaac, God’s provision of a sacrificial ram appeared.

“Church, fix your eyes in Jesus,” urged the pastor. “Abraham was not afraid to be generous even in the midst of scarcity because his eyes were always on the Lord.”

The story of Balak reminds Christians to be focused on God. “In this difficult season of uncertainty, I want to encourage you to lift up your eyes to the Lord,” said Pastor Bobby. “He will never forsake us; when one door is close, God will open another one for you.”

To illustrate his point, the preacher told the story of how his father remained generous even when his family was bankrupt. He tried to give his time and energy to help others because there was nothing else he could give. Once, his friend’s shipping containers were stuck at the port, and turned to Pastor Bobby’s father, who helped him with the necessary paperwork. In the end, clearance was granted for the containers and he received a large commission from his grateful friend. That commission was enough to clear all his debts, and it was what brought the family out of bankruptcy.

Quoting Proverbs 11:25 and Philippians 2:4, Pastor Bobby encouraged the church to keep sowing because God promised that He will supply all their needs.

The second character in this story is Balaam. Because of fear, the Moabites summon the prophet Balaam to curse the Israelites and drive them away. “So was Balaam a good or bad prophet? That was exactly his problem! He was double-minded, tossed between two masters,” noted the pastor.

God’s command to Balaam in Numbers 22:12 was to not curse Israel but when Balak came back again with offers of not just money, but also prestige and stardom, Balaam could not resist. Eventually, because of Balaam’s continuous compromise, God allowed him to go with the Moabites.

Pastor Bobby drew a parallel to times when one cannot decide if he should follow his own desire or God’s word. “If you keep ignoring those convictions in your hearts, eventually that conscience will stop speaking,” he warned.

The character of Balaam shows that it is important to stay pure during crises and not allow greed and covetousness to stop them from following the will of God (Matt 13:22). Even though Balaam understood the will of God, he was unfruitful because he coveted riches.

Reading 1 Timothy 6:10, Pastor Bobby warned the church that while a shortcut to riches is very enticing during the financial crisis, they should never exchange their morals for temporal gratification.

“Jesus promised that the pure in heart will see God. God will show up and He will help you!” he encouraged.

Balak thought he could use divination to cure Israel and change their future. Balaam thought he could manipulate God to reach his goals. But God is still the Supreme Ruler and no one can tell Him what to do. 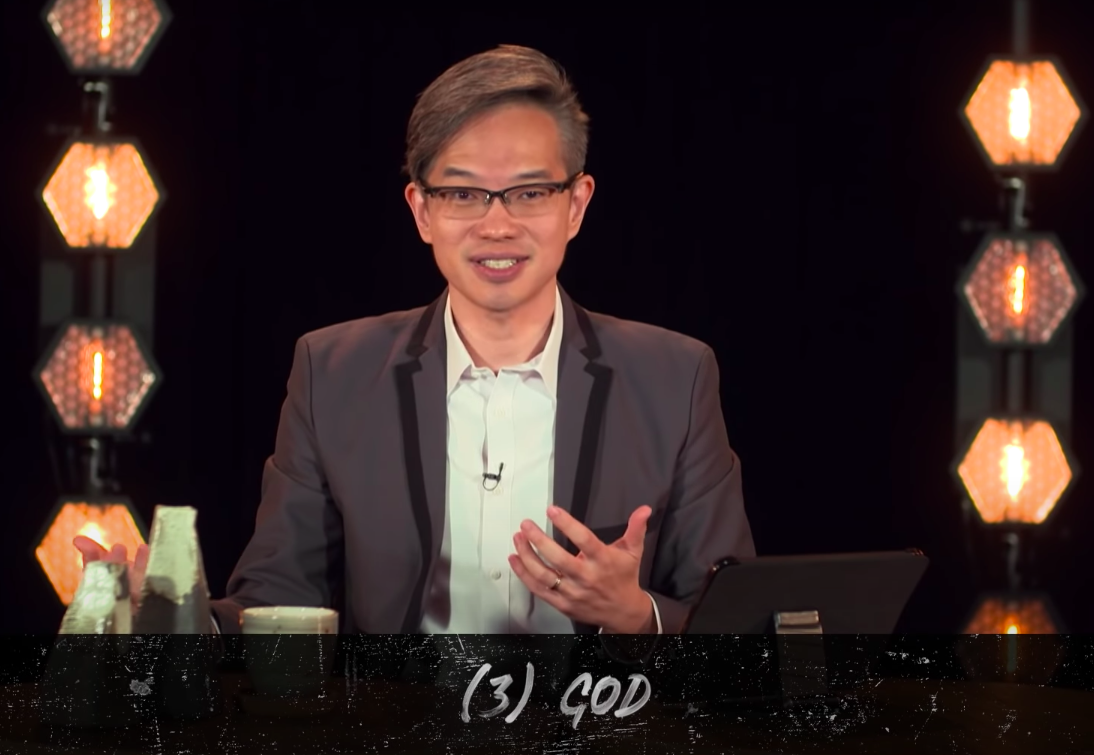 “God is in control, so stay calm!” exhorted Pastor Bobby.

In Numbers 22:28, God made the impossible possible, to direct the course of events to fulfil His plans and purpose: He opened the donkey’s mouth to rebuke Balaam. (Rom 8:28). Even when Balek and Balaam worked together to harm Israel, God transformed it into a blessing.

Reading Psalms 121:5-8, Pastor Bobby urged the church to stay calm before God and to surrender all their pain and stress to Him. “No matter how long or how dark your night might be, ‘the sun of righteousness will rise with healing in its rays’ (Mal 4:2).”

Pastor Bobby shared the reality of this through a testimony from a member of the Chinese Service, Lilian. Before the Circuit Breaker began, she was at a hawker center when she saw a woman who looked like a cancer patient going through therapy. Being a cancer survivor herself, Lilian felt moved to approach her and pray for her. Several weeks later, Lilian received news from the lady that all the cancer cells in her body were gone.

“Was it a coincidence? It may seem that way, but God is still actively directing the course of events in our lives to fulfil His plans and purpose.”

BE CLOSE TO GOD

The fourth character was Israel. Where were they when all these things were taking place?

“They were just happily camping around the tabernacle of God, following the pillar of cloud and fire,” the pastor said. When Balak and Balaam were plotting against them, the Israelites had no idea what was going on. God alone was actively watching and protecting them.

“What does Israel showing us? Be close to God’s presence. He is fighting for us.” Pastor Bobby urged the church to trust God even if they have no idea what is going to happen in the future. The only thing they need to do is to stay close to Jesus, the Shepherd.

Cai Juan is a staff member of the Chinese Service. She had been estranged to her father since she was young. But after she became a Christian, she started praying for him. During the Circuit Breaker, her parents’ relationship deteriorated. Though she often felt her father would never change, the Holy Spirit would impress upon her to not give up on her family’s salvation and encourage her to pray and care for her father.

During this period, Cai Juan invited her father to stay with her so that she could bring him to the doctor for his various checkups. They had the opportunity to talk, and one day, her dad broke down and cry talking about his past failures. Cai Juan took the chance to share with him Jesus and he received salvation. He reconciled with the family and Cai Juan’s parents have been attending online cell group meetings and services every week since.

“The way we react to crisis determines whether we overcome or succumb,” Pastor Bobby said in conclusion. He ended the service by encouraging the church to lay aside their problems and draw near to God.