School holidays looked a little different this year amidst the Circuit Breaker measures, but that did not stop Harvest Kidz from engaging the children in a new way. 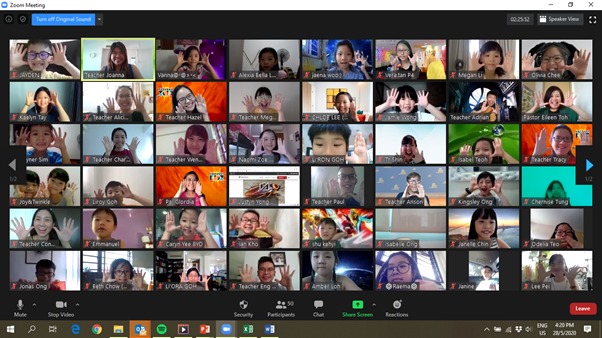 Psalm 8:2 reads, “You have taught children and infants to tell of your strength, silencing your enemies and all who oppose you”.

Regardless of how old a person is, God wants to speak to them. Jesus Himself told His disciples not to keep the little children away from Him.

It is for this reason that Harvest Kidz organized “Zoom Encounter With Jesus” for the 8- to 12 year-olds in City Harvest Church. During this session, the teachers taught the children to listen to God and to prophesy to each other. They also wrote prophetic cards for every child.

Mother of a Harvest Kid, Marina Oktavia wrote to the church in response to a prophetic card that was given by teacher Wendy Wong during the lesson. “Proverbs 3:5 was a verse that God gave to me when I was seven-months pregnant with Avner. I was sitting on the sofa in the living room one day, worried about raising Avner in a competitive world. At that time, I had a friend who would play Mozart for her baby daily and another who ate lots of fish and healthy foods. But I was busy working long hours, so all my meals came from hawker centers, and I had no time for extra care during pregnancy,” she wrote.

“Then God gave me Proverbs 3:5 and 9:10. He told me that all Avner needed was favor from God and that I didn’t need to worry about him being left behind. So, to the teacher who wrote those verses for Avner, it is a confirmation. The verse is indeed from the Lord.”

Held during the school holiday period, on May 21 and 28, Zoom Encounter With Jesus was all about encountering Jesus and it was thrilling to see the Holy Spirit at work among the children who were so eager and hungry to learn how to hear from God.

Many of them received visions and dreams from the Lord, and some even stepped out in faith to prophesy to their friends. It was evident that Jesus loves the children and lavishes His love freely on them—it is time for children to be activated in the supernatural, partnering adults to serve God in the end-time harvest.

Eight-year-old Jamie Wong wrote a prophecy for her friend. She only wrote the numbers “123.” When asked what the numbers meant, she explained, “God is not at all concerned about you being the top student, second, third, or even the last. He loves you no matter what.”

Twinkle Chong, 6, quoted Isaiah 41:10 and wrote to her friend Isabelle, “Don’t be afraid for I am with you. Don’t be discouraged for I am your God, I will strengthen you and help you, I will hold you up with My victorious right hand. Isabelle, you are brave! Isabelle, you are smart! Isabelle, God loves you!” 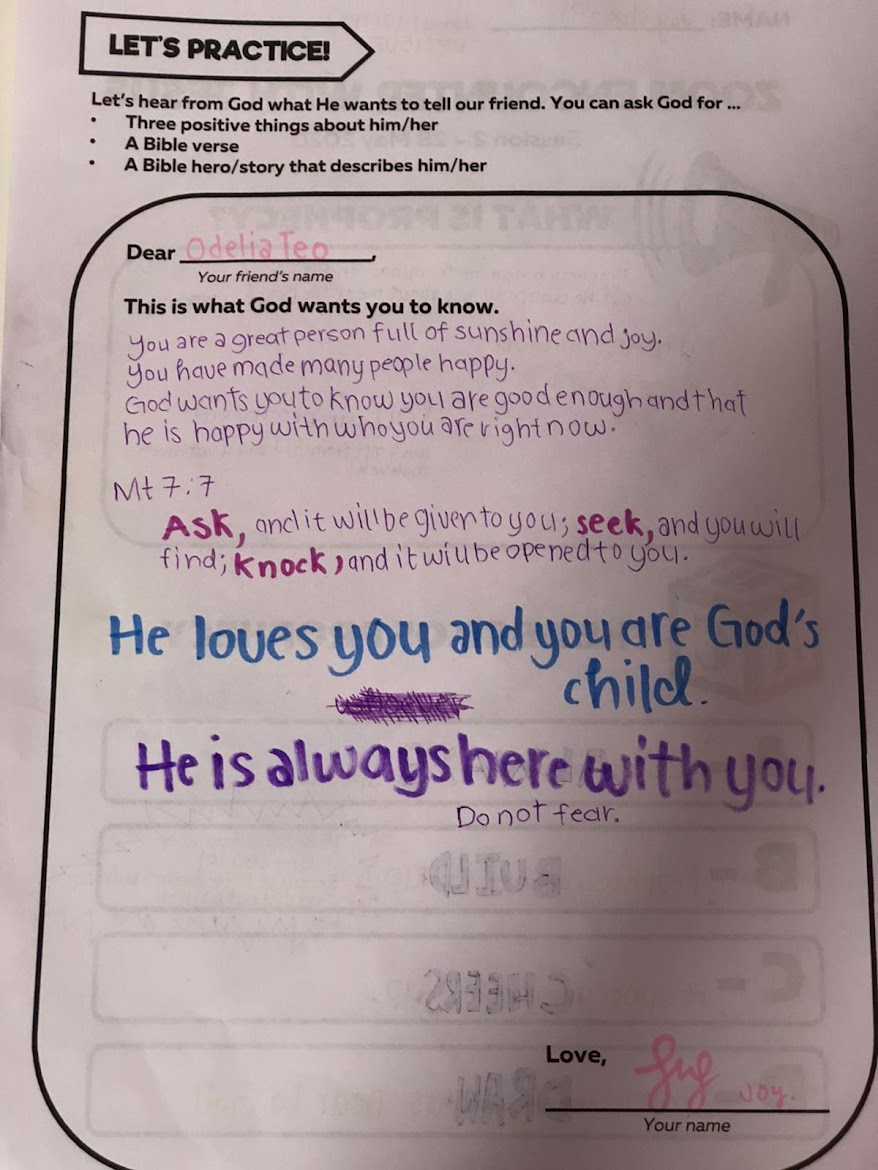 Zoom Encounter was one of the four holiday programs in May. “When MOE announced that mid-year holidays would be brought forward due to the Circuit Breaker, the Harvest Kidz Team sprang into action to connect with our children through Zoom Holiday Programmes,” said Connie Yong, the teacher-in-charge of the holiday programs. “Google Forms, Instagram Posts, Zoom Links, Zoom rehearsals, messages to parents—it all happened quickly. We opened for registration one day and by the next, we had to close the registration due to overwhelming response.”

THE BOOK OF PHILIPPIANS FOR 7 TO 12-YEAR-OLDS
Harvest Kidz kicked off the May holiday programmes with a study on the Book of Philippians with two groups of children: those 7 to 9 and those 10 to 12. The main theme of the book was “joy” and that brought a lot of encouragement to the children amidst COVID-19. In their study, the teachers encouraged the children that it is possible to experience authentic joy and happiness, in spite of their personal circumstances.

During the life application breakout sessions, the children shared what it meant to sacrifice, submit and suffer for their faith in Christ. Vanna Tan, 7, encouraged the teachers with her childlike faith: “I will suffer for Christ because He suffered for me,” she said.

Eleven-year-old Keoi Kejanko Ng shared, “Exams always make me very anxious and worried. But through today’s Bible study, I have learned that I can pray and ask God to give me His peace.”

The children were also taught on the power of positive speaking through an experiment using two bowls of cooked rice. They were tasked to speak positive words to the bowl of rice labeled “joy” and negative words to the bowl of rice labeled “sad” daily. After a week, they witnessed that the bowl of “sad” rice turned significantly more moldy compared to the “joy” rice. The children were amazed by the power of their words and learned how important it is to always speak positively to themselves and to others too.

“It is so important to teach the children to be grounded in the Word of God. Only God’s Word can secure you and bring you permanent joy,” said Cecilia Quah, a volunteer with Harvest Kidz.

ZOOM ONCE UPON A TIME FOR 4 TO 7-YEAR-OLDS
Everyone loves a good story, especially children. The Harvest Kidz team engaged the 4 to 7 year olds through an interactive story-telling session, with great success.

Held over two weeks, the sessions attracted 79 children. Over two Thursdays (May 14 and 21), the children heard six stories (including one in Mandarin). The story sessions were packed with games, songs and counting, and the children were even taught to make their very own storybook. Best of all, there were valuable Biblical lessons to be learned from each story.

Through this, the team hopes it will encourage every child to pick up a book and read.

ZOOM ART WITH @ARTYCRAFTYSONNDAD
Together with his talented son, Kenzo, teacher Anson Ang conducted art and craft sessions for parent-and-child pairs. The class was so popular that he had to conduct four sessions on May 15 and 22, instead of just the two that were planned. 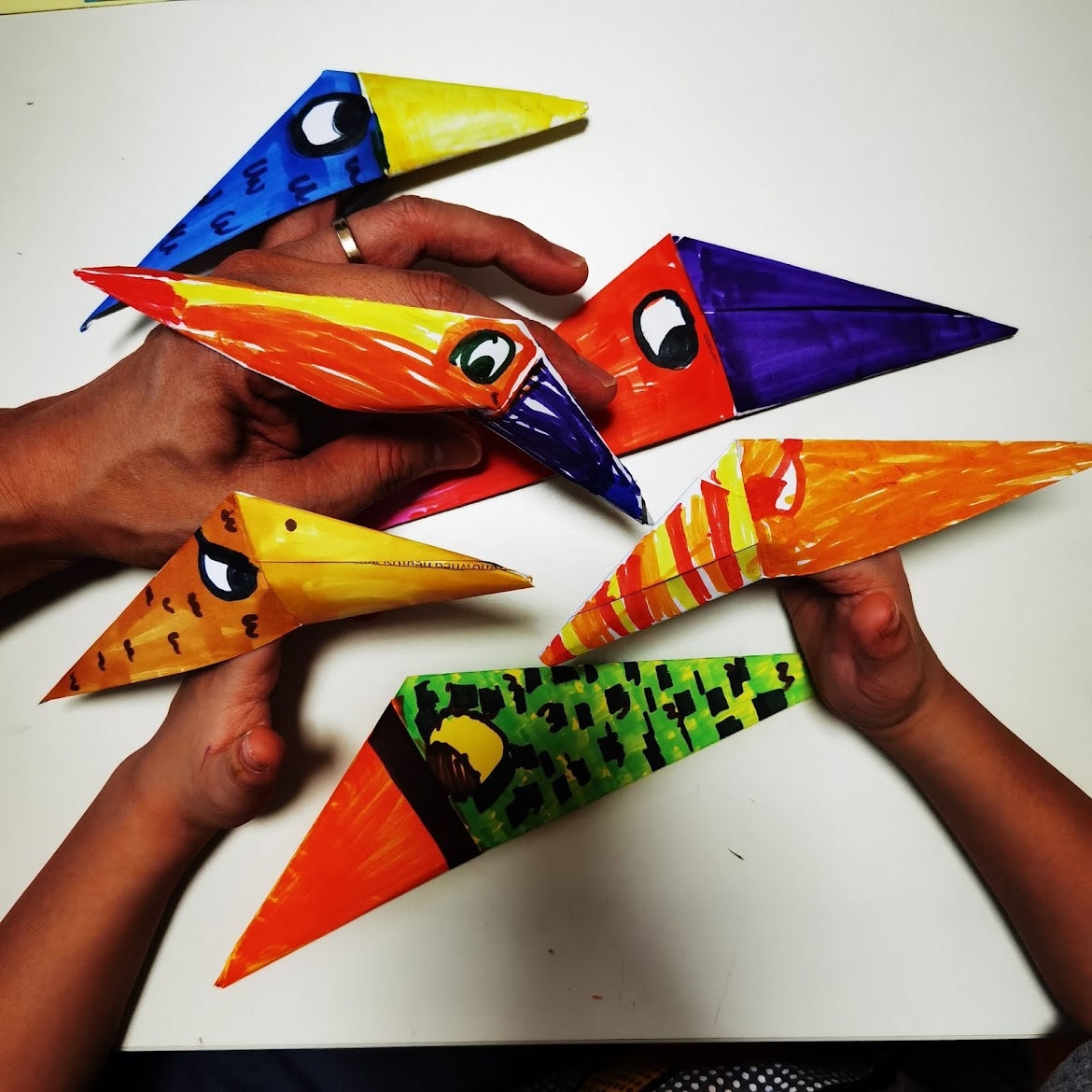 “I had to consider crafts and materials that were readily available at home,” he explained. “After some trial and error, I settled on a ‘Rag-Octopus’ made from recycling unwanted socks and a ‘board game’ made from scrap paper. It was great fun to watch the parents and children cooperate to create!”

Pastor Eileen Toh, who oversees Harvest Kidz participated in the lesson with her son Kairos Sim. She said, “My son is left-handed and finds it hard to grapple with instruments like scissors, so I decided to join the craft session with him to help boost his confidence. When he saw other children using the scissors to cut their paper, he grabbed his and started to cut and cut! It was truly a pleasant surprise for me and an awesome achievement for Kai! He enjoyed the crafts so much, all thanks to Teacher Anson.”

Proverbs 22:6 reads, “Start children off on the way they should go, and even when they are old they will not turn from it”. Through these programs, many children experienced firsthand how they can encounter God whenever and wherever they are, and to always remember that God’s presence is with them no matter where they go./ 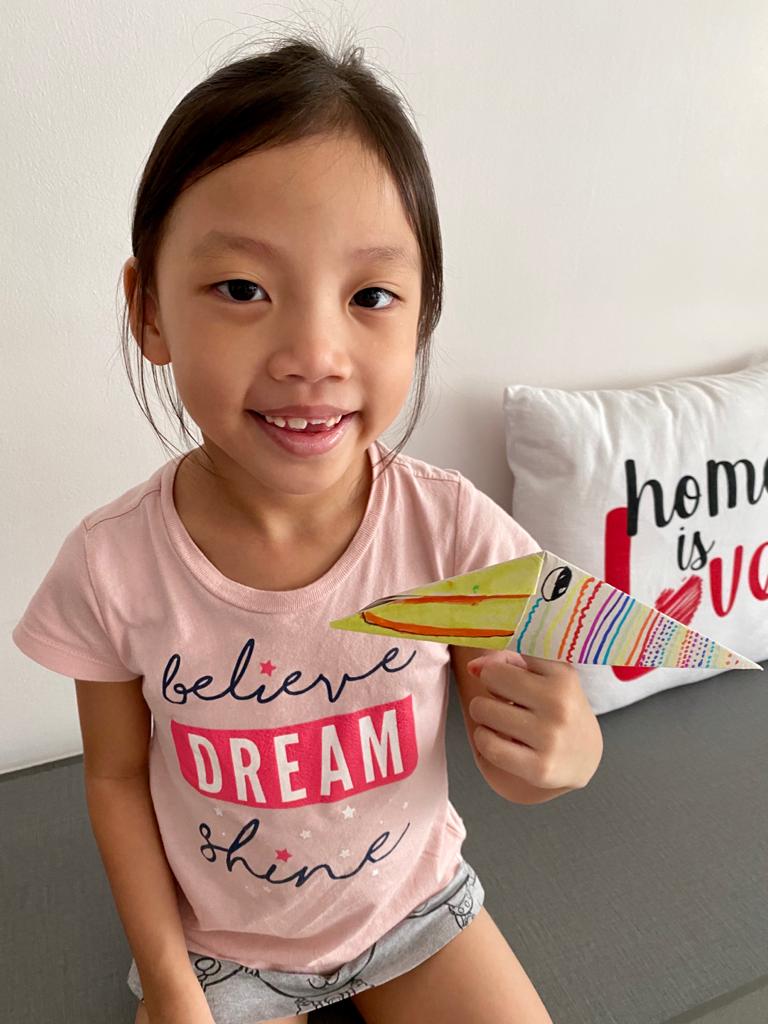