Remembering Ravi Zacharias: He Helped The Thinker Believe, And The Believer Think

Yesterday, the world lost Ravi Zacharias, a powerful apologist whose ministry touched the Western and Eastern worlds and secular and spiritual circles.

A dauntless apologetic, Ravi Zacharias died from cancer on May 19, 2020 at the age of 74. He authored over 30 books throughout his 48-year career, and preached in over 70 countries, teaching Christians how to understand and defend the Christian faith and worldview, engaging with skeptics and offering vigorous explanations to the most difficult questions on the human existence. focused on apologetic arguments for the existence of God and the reasonableness of Christianity. 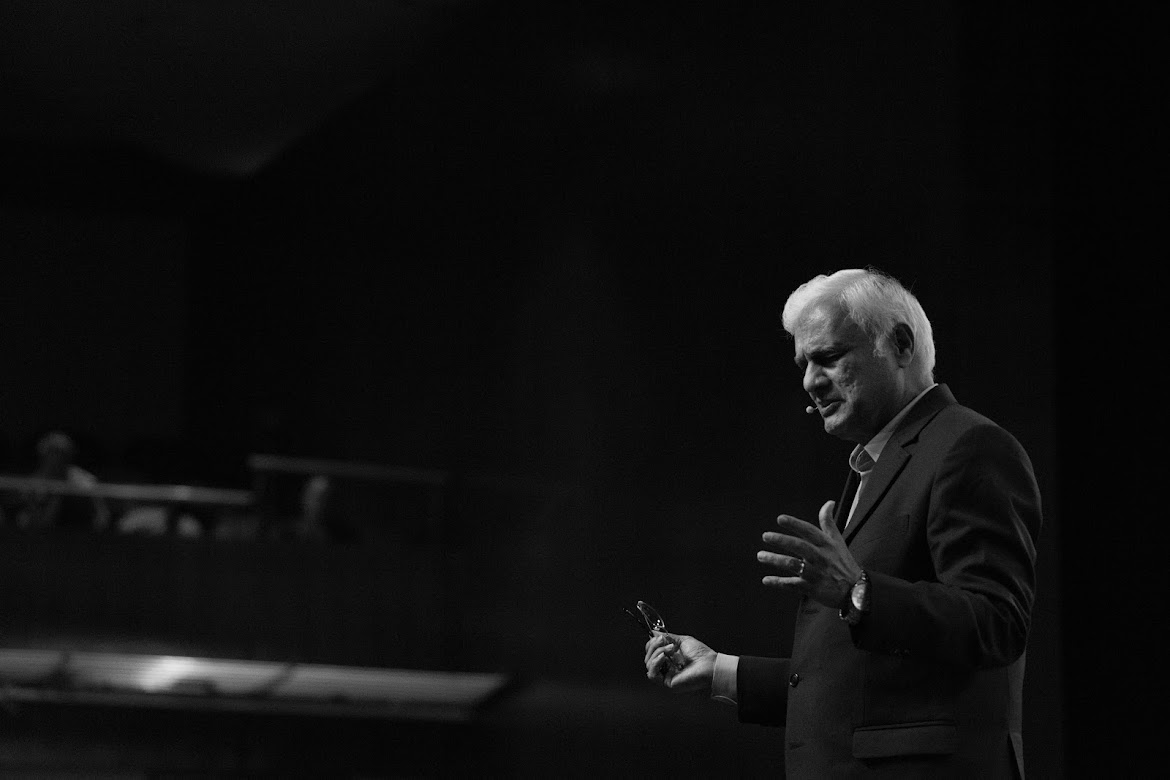 His impact was immeasurable, and ironically, hard to capture in mere words. Yet it is fitting to give the man who built the foundation of apologetics as a ministry a tribute that suits his framework—a framework on how his life and ministry reflect what apologetics mean.

Ravi Zacharias was born in Madras (now Chennai), India, and lived as an atheist for most of his teenage years. The family migrated to Canada before moving to Texas, America, where at the age of 17, he attempted suicide by swallowing poison. During his recovery at a hospital, a Christian worker brought him a Bible, and he read a verse that changed his life and the ministry of apologetics forever: “Because I live, you will live also.” (John 14:19). The young man surrendered his life to Jesus and prayed that if he made it out of hospital, he would “leave no stone unturned in the pursuit of truth.”

He described this precise moment of his conversion in his book The Grand Weaver: “God the Grand Weaver seeks those with tender hearts so that he can put his imprint on them. Your hurts and your disappointments are part of that design, to shape your heart and the way you feel about reality. The hurts you live through will always shape you. There is no other way.”

He was firm in his faith, so much that he was ready to present the truth of Jesus Christ in ways that unrelenting skeptics were willing to hear. The most renowned activities in his lifetime were encounters with philosophers and thought leaders both in the secular and academic world. Famed for his quick wit and Biblical mastery, he extrapolated the Christian faith at an intellectual level, encouraging discussions on otherwise oil-and-water ideologies. He answered every skeptic’s question with a question, in the very same way Jesus rebutted the Pharisees. And, as was the response of the Pharisees, these sessions often sparked controversy—he faced accusations and arguments, but he stood strong through it all with outstanding integrity. His approach was as expository as the gentle, unconditional love of God: unimposing, thought-provoking, and most of all, welcoming.

Ravi Zacharias’ ministry proved that faith and reason coincide harmoniously, and radiate more brightly when handled with compassion. While apologetics, a fundamentally philosophical field, was his fruit and labor, the Gospel was the root that flourished his lasting legacy. The Ravi Zacharias International Ministries (RZIM), based in Atlanta, of which his daughter Sarah Zacharias Davis is CEO, is a testament of his effort. RZIM was set up with the mission of “helping the thinker believe, and the believer think.”

It may appear that cancer cut short the grand story given to him by God, and it may even seem unfair, but as ironic as his life was in the beginning, so was his end. Yet, he saw no need for blaming, but in reinforcing the Christian life in the final book he wrote on earth, The Logic Of God: “I often put it this way: God has put enough into this world to make faith in Him a most reasonable thing. But He has left enough out to make it impossible to live by sheer reason alone. Faith and reason must always work together in that plausible blend.”

Ravi Zacharias chose to live by faith, while employing the gift of reason God so amply gave him. In this time of a pandemic that may cast doubts on our reasoning of the things of God, we would do well to follow the great apologist and choose to live by faith as well.

He is survived by Margie, his wife of 48 years, two daughters, a son and five grandchildren. His daughter Sarah remembers him in a statement published by NBC: “It was his Savior, Jesus Christ, that my dad always wanted most to talk about. Even in his final days, until he lacked the energy and breath to speak, he turned every conversation to Jesus and what the Lord had done.”

Ravi Zacharias has left to us his indispensable repository of answers to life’s greatest questions through books and media program—a legacy that has strengthened in many the foundation for the hope that we believe in. Until his last breath, he proved to us that faith leverages reason, and reason elevates faith.

If Ravi Zacharias has touched your life and you would like to leave a tribute, please do so here. Or you can tag #ThankyouRavi on your social media posts. 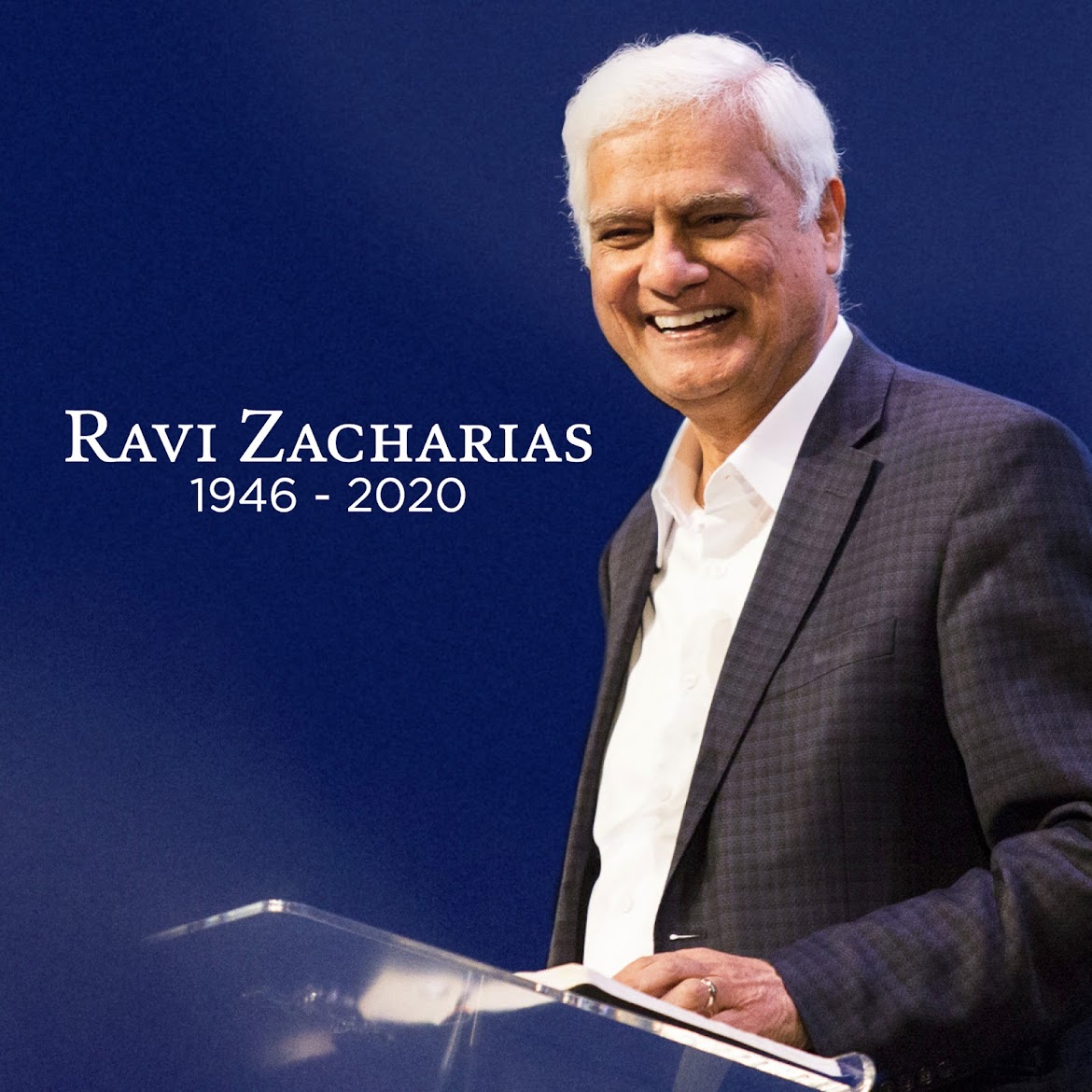 Dave is known for his "silent presence", and is more than willing to put up with anyone who would want to sit in silence with him. He finds critical concepts and issues at heart and attempts to find God in it. The SOT 2019 grad believes that Christians have a voice beyond the gospel that the world needs to hear.