City Harvest’s sermons leading up to Lent have centred on the necessity of prayer, what Jesus taught about prayer and how to surrender in prayer. In the online service this past weekend, Pastor Kong Hee wrapped up this theme with an overview of Jesus’ own prayer life in the Gospels.

March 28 and 29 marked a first for City Harvest Church: Senior Pastor Kong Hee delivered a sermon from his home. He and his wife, Sun Ho, who is executive pastor of the church, are currently on quarantine because they were in close contact with a church member at the funeral of his wife; this church member later tested positive for COVID-19. But thanks to technology, Pastor Kong was still able to preach a powerful message, with Pastor Sun being his camera and sound crew. 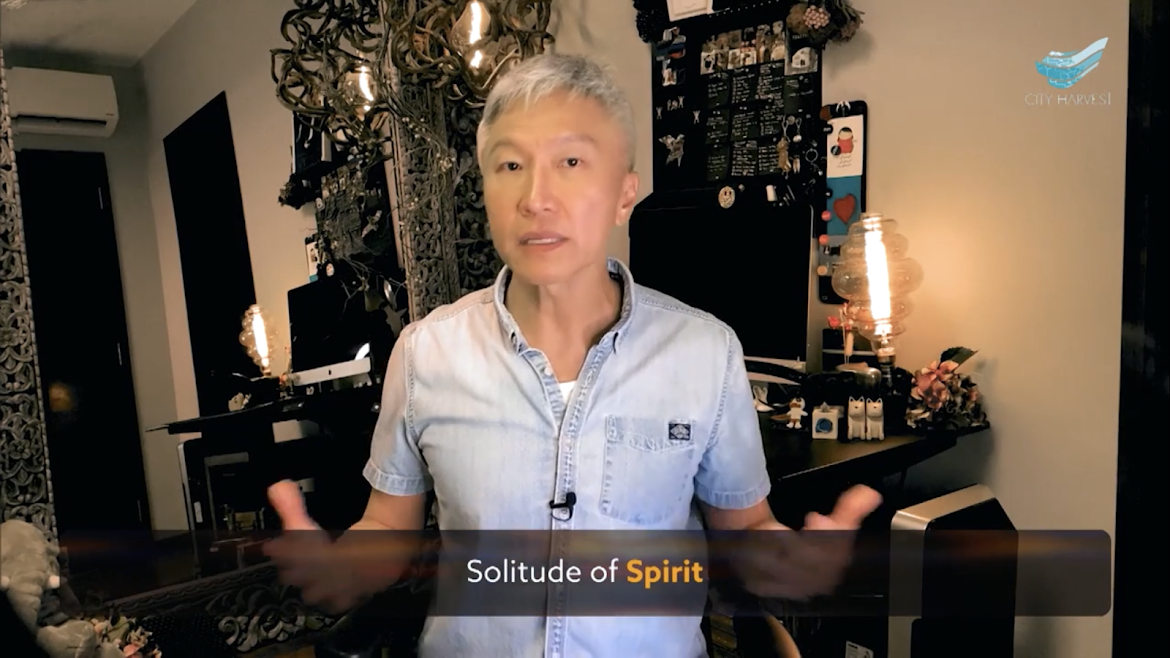 Pastor Kong gave the church a panoramic view of Jesus’ prayer life. “Jesus loved praying; it was His way of finding rest,” he said, adding that praying was as natural as breathing to Jesus. The Gospels recorded Jesus praying a total of 15 times, and Pastor Kong classified these instances into five main categories.

ONE: JESUS PRAYED IN SOLITUDE
Of the 15 times Jesus was recorded praying, eight of them were in total solitude. Reading from Mark 1:35, the preacher noted that Jesus had just had an extremely busy Sabbath. He had taught in the synagogue, conducted a home visit, and ministered to the entire city of Capernaum late into the night. Most people, after a busy weekend, would want to sleep in the next morning. But not Jesus.

Jesus had another way of resting: He took time to pray. “Prayer was how He found rest,” explained Pastor Kong. Jesus’ daily habit was to devote the early hour of each day to fellowshipping with the Father (Isaiah 50:4-6).

Many times, Christians get overwhelmed by their own busy schedule, juggling school, work, family and ministry. Prayer is meant to strengthen the Lord’s people instead of weighing them down. “Through the fellowship with the Heavenly Father, Jesus developed inner peace and joy,” said Pastor Kong.

During Jesus’ prayer time, God showed Him His purpose: that He had to go to other places even they may not welcome Him (Mark 1:36-38). Pastor Kong explained that prayer clarifies vision, steadies the nerves, and gives spiritual intelligence to His people so that they are able to make the right decisions.

“It is always prayer first, then do what God directs; not work first, then ask God for the blessing,” said Pastor Kong. Jesus was also always in the spirit of prayer; He stayed connected to God.

In this season of outbreak, people find themselves staying home more and it is a good opportunity for quality, one-on-one fellowship with God in prayer.

TWO: JESUS PRAYED AND ENCOUNTERED GOD
“Prayer is the key to encountering God’s blessing and power,” Pastor Kong said. Almost every supernatural and life-transforming encounter is a direct result of prayer. In Luke 3:21-22, when Jesus prayed, heaven was opened, the Holy Spirit came upon Him, and there was an audible voice from heaven. None of these could have happened if Jesus had not prayed.

God listens to every prayer made, even the faintest ones, assured the pastor. Jesus was always consciously aware of the presence of the Father and he sometimes prayed unconsciously (John 12:21, 28). Jesus had a “learned ear” with which He could easily pick up the voice of God (Isaiah 50:4). Pastor Kong explained that when one’s ear is used to earthly sounds, they would not be aware of God’s voice (John 12:29).

Prayer is the key to Christians having encounters with God (Luke 22:41, 43). “Prayer is power,” Pastor Kong emphasized. He continued that all the miracles Jesus performed happened immediately after He prayed.

Pastor shared the powerful testimony of Nadine Tay, the daughter of CHC pastor Edmund Tay and his wife Lu Jiahui. Nadine had undergone a major brain surgery and was supposed to regain consciousness 24 hours after surgery, but she was still unconscious after three days. Doctors, nurses and her parents were getting concerned. On the fourth day after surgery, Pastor Kong and Sun sent her parents a prayer through Whatsapp which ended with them declaring, “Talitha cumi (little girl, rise up)”. Right after they received that prayer, Nadine suddenly sat up and then went back to sleep. This gave them hope as they knew God was doing something. The following day, which was the fifth day, Pastor Kong met with Nadine’s parents and prayed at the hospital lobby. Within an hour after that prayer, Nadine opened her eyes, was fully conscious and asked for her favorite drink. Today, she is on her way to total recovery.

“Prayer is the greatest power men have, so let us use it for His glory,” Pastor Kong encouraged the people. THREE: JESUS PRAYED BEFORE EVERY MAJOR DECISION
As Jesus’ popularity and ministry grew, opposition also grew. He knew it was time to appoint, train and send out the 12 disciples. Before He did that, He spent the entire night praying.

Pastor Kong shared that he himself would seek God tfor wisdom, guidance and common sense before making any major decision. He would also ask God to restrain his hands and to close the doors if he is moving in the wrong direction as sometimes, he cannot see that the path he is taking is wrong.

After praying the whole night, Jesus chose 12 among His disciples, and He went on to move in even greater power. “If we would pray like Jesus, power would come forth from us too,” encouraged the pastor.

FOUR: JESUS PRAYED TO OVERCOME TEMPTATIONS
Jesus was “in all points tempted as we are, yet without sin” (Heb 4:19). How did He do it?

When John the Baptist was executed, Jesus was heartbroken. Mark 6:31 gives a glimpse of the tiring schedule Jesus and His disciples had had. They had plans to rest, but they saw thousands upon thousands from all the cities waiting for Jesus. Moved with compassion, Jesus started teaching again. That was also the day He performed the miracle of feeding the five thousand.

There and then, the people wanted to “take Him by force to make Him king” (John 6:15) and overthrow the Romans. This was similar to Satan’s temptation in the wilderness where Satan said he would give Jesus all the kingdoms of the world if He would bow down to him (Matt 4:8).

Jesus could have had a kingdom without the cross—would He have been tempted? Instead of entertaining the possibility, Jesus stopped everything and immediately left (Mark 6:45).  Jesus needed to fellowship with the Father and submitted this temptation to Him. “If Jesus needed to do it, what more of us,” said Pastor Kong.

Prayer is the key to victory over temptation. Even with the best intentions and will power, no one can resist Satan’s temptations without prayer (Mark 14:38). Jesus prayed until He knew He had overcome the temptation in prayer.

FIVE: JESUS PRAYED AND TRUSTED GOD EVEN WHEN THE ANSWER WAS “NO”
God always hears His people’s prayers but His answer may not always be yes—and Christians must be ready for it. “Even if it’s a no, God always has our best interest in mind,” Pastor Kong encouraged the congregation.

Jesus lived this out. He was about to face the greatest crisis of His life; He was hours away from His crucifixion. In the garden of Gethsemane, Jesus was in praying as He quoted Psalm 42 and 43 (Mark 14:33) and His faith in the Father was unshakeable (Mark 14:35-36). He was not afraid of the pain of the cross, or the humiliation or rejection that came with it. But Jesus wished to avoid the spiritual agony, the holy wrath of God and the absolute separation from the Father. Jesus prayed three times but the answer from God was still no.

“There was no other way to reconcile the sinners back to God except through this,” Pastor Kong explained. Even when the answer was no, Jesus submitted to the will of God and became the Savior of the world (Mark 14:36).

“Can we do that when we don’t get what we want?” questioned the pastor. “When the answer to our prayers is a no, can we trust our Heavenly Father, who knows better and sees clearer, to have our best interests at heart?”

God gave Jesus inner strength, and sent angels to strengthen Him. By the time Jesus was done praying in the Garden of Gethsemane, the victory had already been won, noted Pastor Kong. 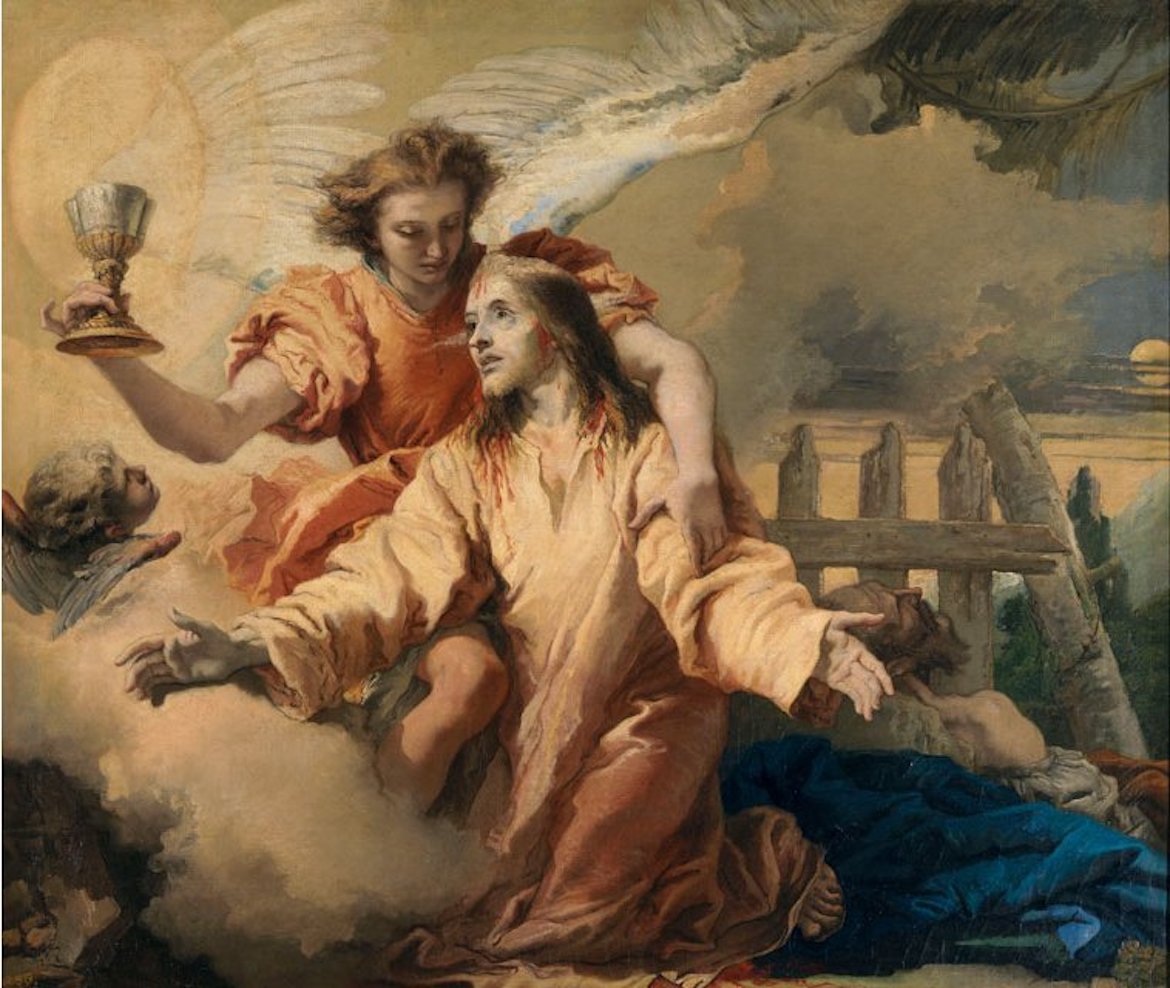 NO DISTANCE IN PRAYER
Pastor Kong went into a time of prayer at the end of his message, encouraging the congregation to pray and believe for healing from illnesses and deliverance from bad habits.

To end of, he posted a Bible quiz on this week’s sermon: What are the five crises of Jesus in the Gospels? Participants are to list them out in chronological order as they appeared in the gospel.

Submissions can be made through a form found on City Harvest Church’s Facebook or Instagram page or through email at quiz@chc.org.sg. The closing date is Apr 3 at 2359 hours. Twenty local winners will be picked to win a “Coffee with Kong” Care Package.