What The Great Exchange Means For You: Aries Zulkarnain

When Jesus died on the Cross, the Great Exchange happened. But what is the currency of this Great Exchange? Pastor Aries Zulkarnain explored what it means to be “saved by grace” at last weekend’s online service.

Early this month, City Harvest Church embarked on the journey to observe Lent. In his sermon last weekend (Mar 14 and 15), City Harvest Church‘s executive pastor, Aries Zulkarnain reminded the church to focus on Jesus, and led them on a study of the Great Exchange that happened on the Cross. 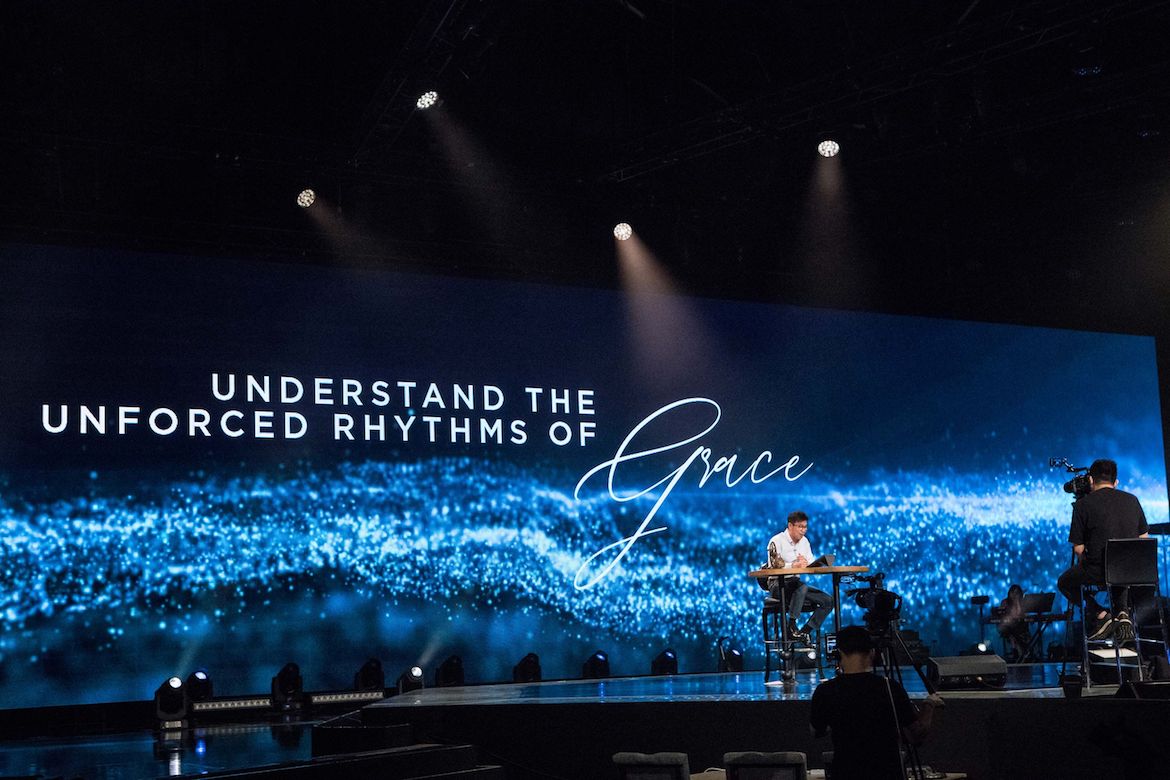 Pastor Aries began by pointing back to Pastor Kong Hee’s recent sermons on prayer. He mentioned that prayer is meditation on the Word of God; prayer is learning how to pray in the name of Jesus. Prayer is also a conversation with God and adoration of God.

“It is also important to know that prayer is not just a tool to get what you want in life,” Pastor Aries established. Prayer is not a tool or a term of transaction. He emphasized that prayer was less about getting, and more about becoming. Through worship and prayer, Christians are being transformed into the image of Christ. When that happens, their prayers and desires gravitate towards God’s will, instead of their own.

Pastor Aries read Matthew 11:28-30, “Come to me, all you who are weary and burdened, and I will give you rest. Take my yoke upon you and learn from me, for I am gentle and humble in heart, and you will find rest for your souls. For my yoke is easy and my burden is light.”

“Jesus, through the Cross of Calvary, wants to take your burden away, and in exchange, He wants to give you rest,” he said.

A month ago, on Feb 15, CHC began holding its services online instead of meeting in person on weekends, because of the COVID-19 situation. Referring to the current outbreak, Pastor Aries noted that in Numbers, the Israelites were all bitten by venomous snakes, “The Lord said to Moses, “Make a snake and put it up on a pole; anyone who is bitten can look at it and live.” So Moses made a bronze snake and put it up on a pole. Then when anyone was bitten by a snake and looked at the bronze snake, they lived” (Numbers 21:8-9).

This verse speaks of Jesus Christ: He became the embodiment of sin and pain for all of humanity. As Jesus was hung on the cross, like the snake on the pole, anyone who looked at Him was saved. Pastor Aries encouraged the church that, even in times of panic and anxiety, believers should focus their eyes on Jesus and the word of God, instead of focusing on the news on the outbreak.

THE GREAT EXCHANGE
On the Cross, the Great Exchange happened: burdens for rest, sickness for healing, mourning for dancing, sadness for joy, crisis for peace. How does this Great Exchange actually work?

Pastor Aries said that some view it as a transaction, like a rewards-based system of merit. If Christians have the mindset that God is obligated to reward them because they performed more spiritual activities, such as prayer, Bible-reading and fasting, they will eventually be disappointed.

What then is the currency of this Great Exchange? Matthew 11:28-30, in The Message version reads, “Are you tired? Worn out? Burned out on religion? Come to me. Get away with me and you’ll recover your life. I’ll show you how to take a real rest. Walk with me and work with me—watch how I do it. Learn the unforced rhythms of grace. I won’t lay anything heavy or ill-fitting on you. Keep company with me and you’ll learn to live freely and lightly.”

“The Great Exchange on the Cross happens when you realize the Cross is not based on a system of merit—what they usually call salvation by works. Instead, it is about learning the unforced rhythms of grace, or what we know as saved by grace,” Pastor Aries asserted. 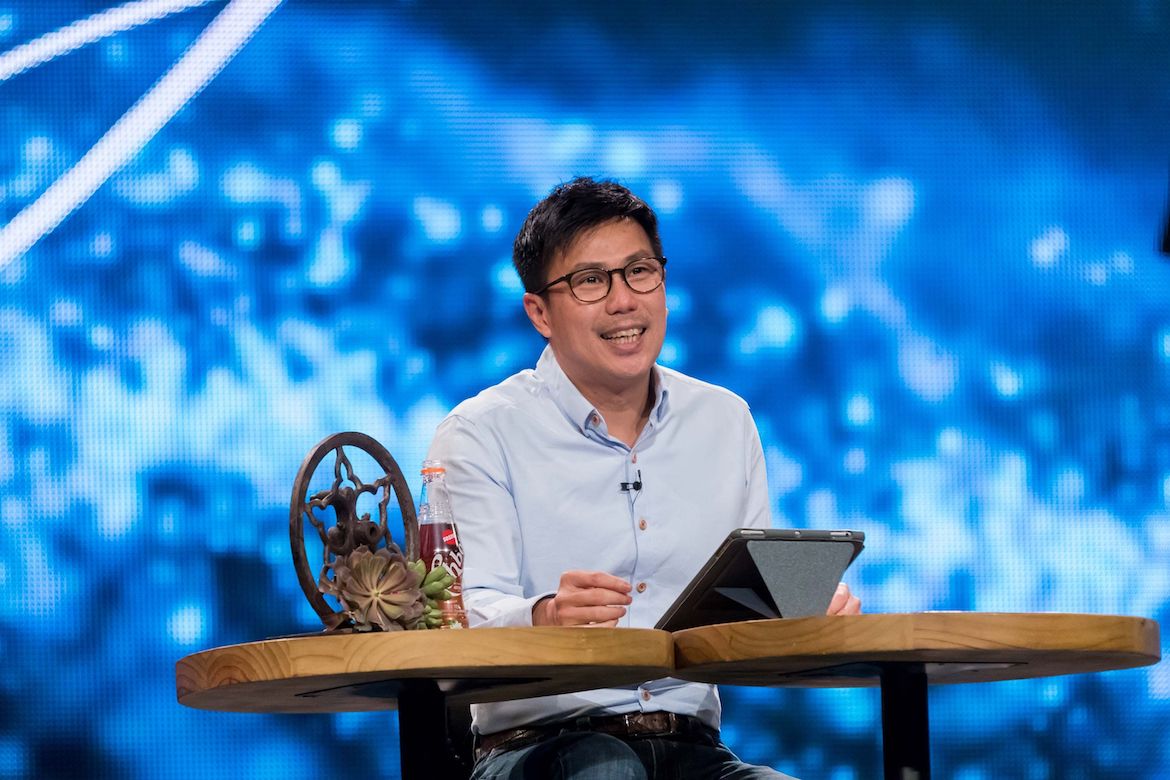 What is the difference between these two mindsets? One focuses on the rewards. People with this mindset do things to earn the rewards they want. They think that God must bless them or excuse them from any form of suffering or protect them from this current crisis because of the good works they have done. The other mindset involves submitting oneself to God in order to receive His reward—what God deems is best for them. People with this mindset are not concerned with the reward,; they only want to please God and submit to Him. And when they submit to God, God will reward them according to what they need.

Two important occasions that Christians celebrate are Easter and Christmas. For both of these occasions to happen, Pastor Aries noted, the central character in each situation had to willingly submit himself or herself to God.

God never forced Mary to take on the virgin birth, nor did He coerce Jesus to die on the Cross. Both of them submitted readily to the will of God. Through their suffering, Mary and Jesus each realized that there was a will at work that was greater than their own will.

When crises arise, many Christians fall to questioning: “How can this be? How can it be me?” Mary might have had the same thought. Going through virgin birth meant that Mary would need to face rejection, condemnation and maybe even death. She could have petitioned with the angel to choose someone else. In response, the angel told Mary to not be afraid. The situation would not change, but what the angel offered was the purpose behind all that pain.

Pastor Aries then urged the church not to think of praying, fasting, and coming to church as a means to an end. Rather, “it is to bring us into a state of being of ‘Lord, not my will, but Yours be done’,” he elaborated.

One’s burden is then exchanged for rest, not by God eliminating the problem, but by God revealing the meaning behind the mess and the purpose behind the pain.

“When you realize that Jesus has not abandoned you, that Jesus is actually right next to you in the midst of the crisis, you will find rest in your soul,” said Pastor Aries encouragingly. “And you will realize that there is at work of God’s will in you than insisting on having things done your way.”

In closing, Pastor Aries shared that Joseph went through the same journey of submitting to God. Faced with a pregnant fiancée, Joseph thought that the best way out was to leave Mary quietly. When Joseph was praying for a way out, the angel did not excuse him from his crisis, but he gave Joseph the purpose behind his crisis.

The pastor ended the sermon with Psalms 62:1, “Truly my soul finds rest in God; my salvation comes from him.”

David learned that he had to wait upon the Lord until His soul found rest in Him. His deliverance, salvation and blessings only came after that. Yet this is contrary to human nature: waiting is considered passive by man.

“That’s why we are saved by grace, not works. The Message Bible calls it “the rhythm”–it means the way God works is fluid and unpredictable. We need to entrust ourselves to Him and flow with Him.”