A group of university students started the new year with a heartwarming camp where they encountered God through each other.

The three-day, two-night camp was held from Jan 2 to 4 and themed after popular film series Star Wars. Central to the camp was the word “believe”. “Our vision was for people to believe in one another and see people the way God sees them,” explained camp commandant Tien Wei Xuan, 27.

“The theme of this camp came from a personal message that [a pastor] spoke into my life,” he continued. “She told me what it meant to be an ambassador of Christ—which was to find gold in every single person. I felt that God wanted to lead Emerge Varsity in this direction as well.” 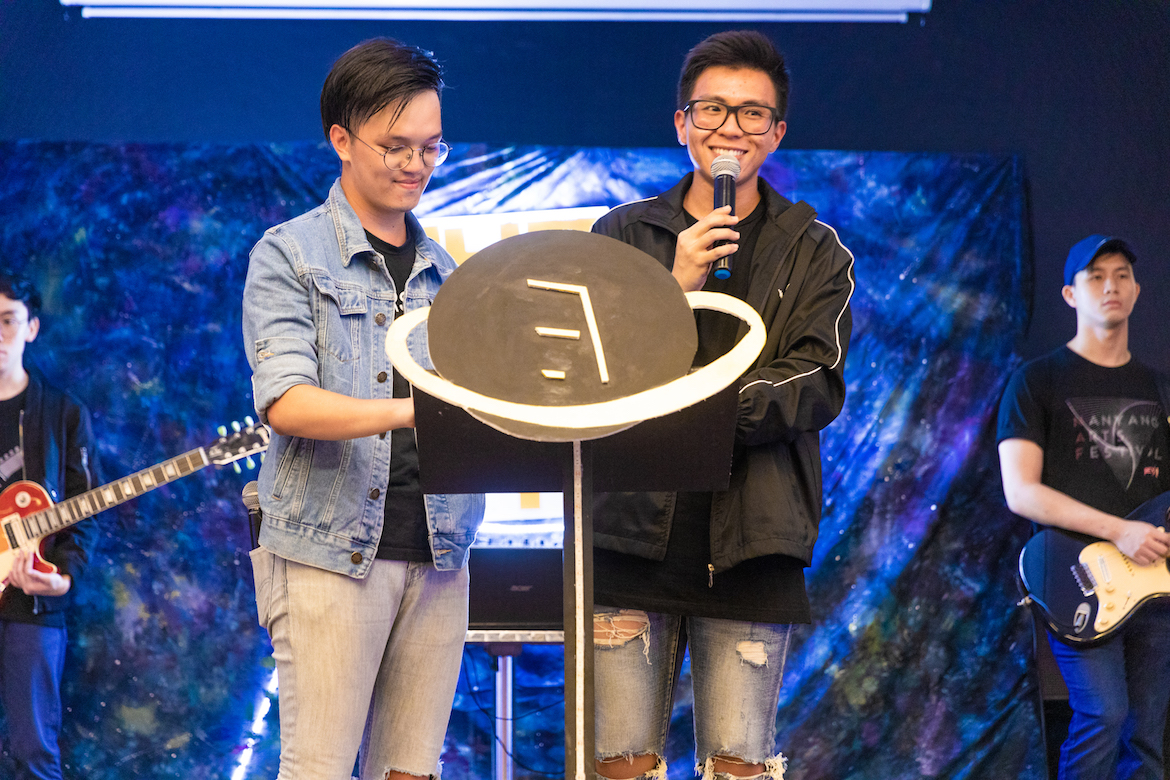 True enough, the camp saw many sharing their weaknesses with others, and in turn, receiving prayers and edification. This planted the seeds of friendship that would blossom into great belief in one another.

“To see people opening themselves up and being vulnerable with others whom they may not know very well, and being able to support one another, I felt that was what this entire camp was meant to be,” Wei Xuan said. 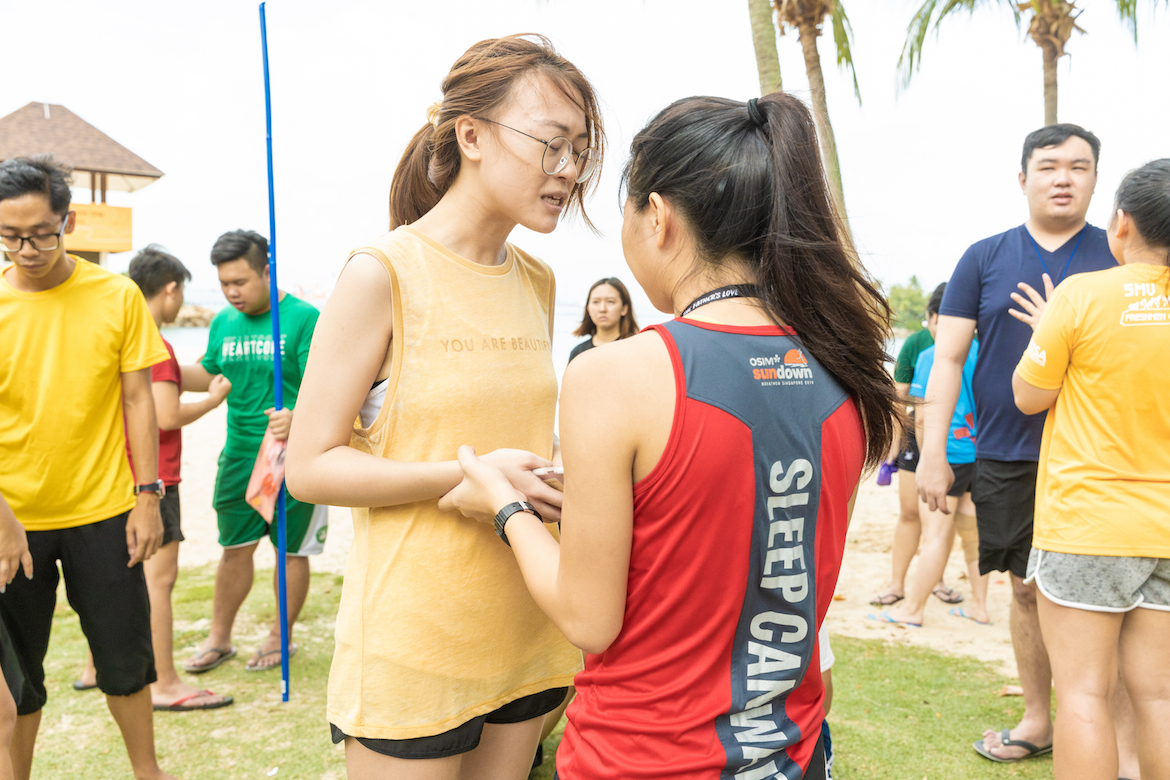 THE KINGDOM IS WITHIN US

The camp started with a full day at Palawan Beach, where the campers were grouped into four houses: Jedi Faction, Galactic Empire, Rebel Alliance, and Confederacy. They fought through various station games to win the most points. Houses competed in games such as life-size tic-tac-toe, water tug of war, and a mass water battle. 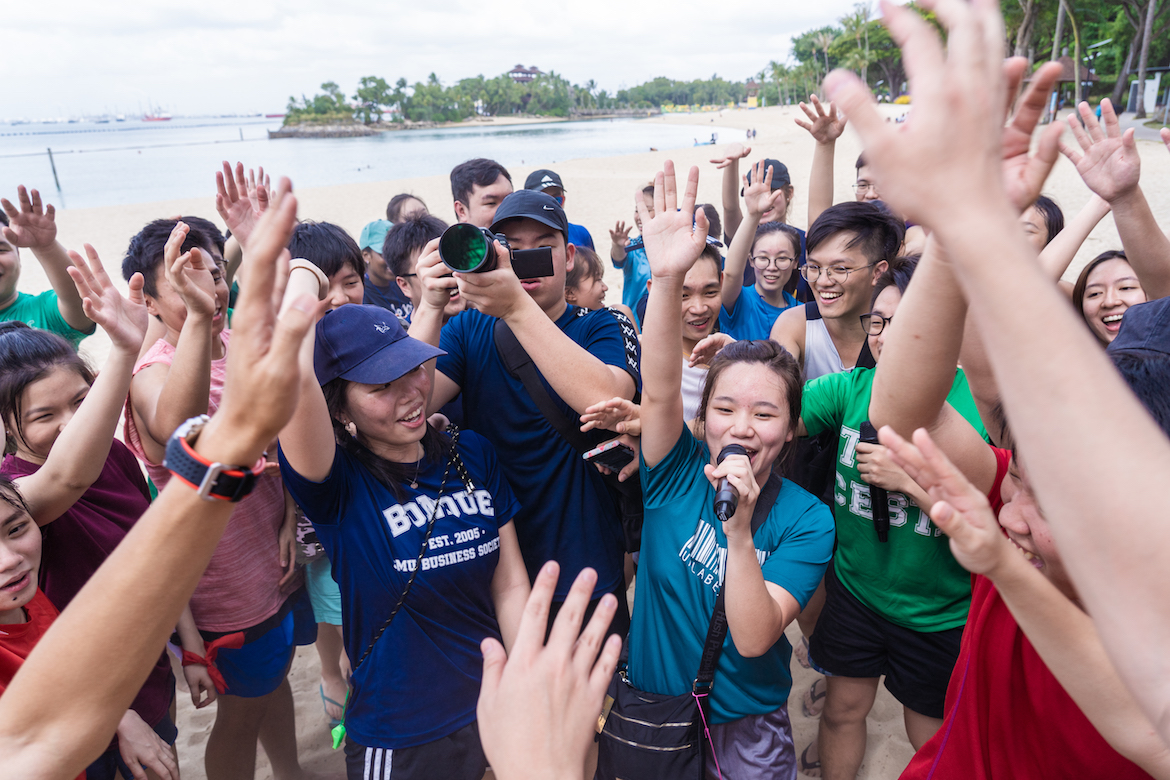 Confederacy emerged victorious in the final battle, completing all their stations first. Yet the campers understood that it was not all about winning—Confederacy members went around to help others complete their tasks.

As the sun set, campers moved to the New Charis Mission for their first session with CHC’s pastoral supervisor Pauline Kong. Pauline’s message, titled “The Kingdom Within”, anchored on Romans 14:17 was a reminder to the youth to recognize that the Kingdom of God is not about strictly adhering to the disciplines, but that the Kingdom is already within them. Audrey Chuang, a 21-year-old student, felt that the Word spoke to her that night. She said, “Whether we fail God or not, the kingdom of God still lives within us. The only thing we have to do is to practice our awareness of it!”

She added, “In the busyness of university life, it can be tempting to become guilty when spiritual disciples are neglected. Yet, our relationship [with Him] is not dictated by a box of spiritual exercises. When we become aware of Him and simply enjoy His presence, this already pleases God!” 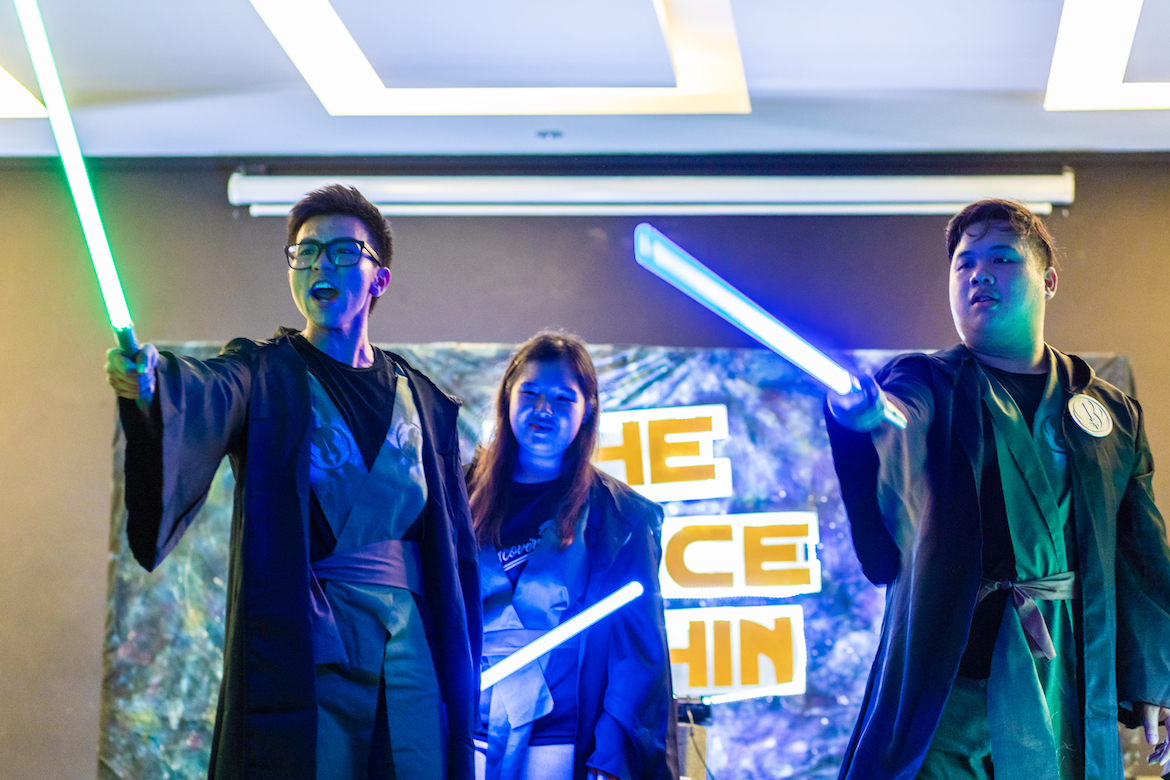 Day Two began with an intimate time with the Lord. The houses split into two groups for morning devotion led by the camp commandants. Audrey, who studies overseas, was exceptionally blessed by a quote by Tien in his sharing: “When you forget Who God is, you need the people around you to describe Who God is to you.”

Audrey shared: “As an overseas student, it is difficult to find a community of like-minded Christian individuals. I was really blessed to know that with this community, there is a ‘safe space’ I can run to during tough times and a family that accepts me beyond successes in my ministry.” 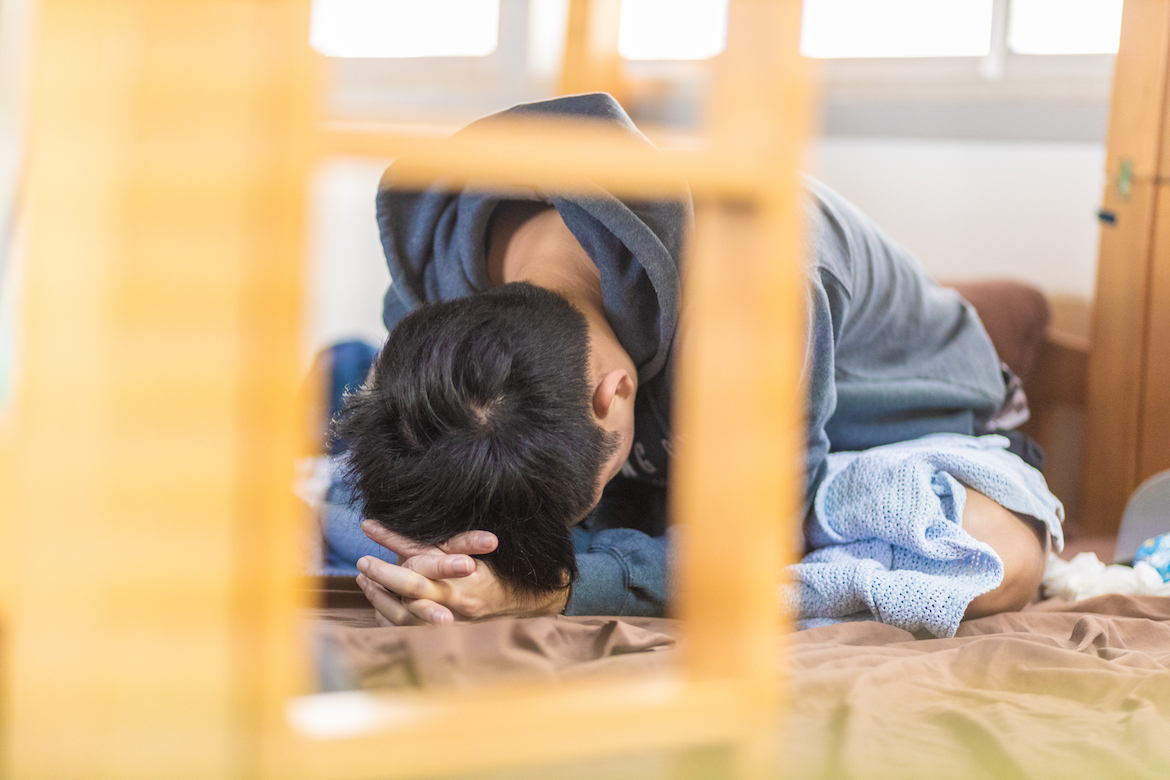 Following the morning devotion, excited campers toured the compounds of the New Charis Mission to compete in more team games. Then it was house verses house in a game where campers threw water bombs at opponents in order to tear the newspaper sash every camper was wearing.

The second night session was a prophetic worship night led by Josephine Lim, CHC’s pastoral supervisor. Campers were free to sing, dance, flag, paint and write letters or pray for one another throughout the worship session. Josephine then shared a short message on prophecy, stating that prophecy should be made out of a heart for God. Upon sharing three types of prophetic giftings—the need gift, message gift and atmospheric gift–Josephine gave an opportunity for the congregation to practice their gifts by finding partners to prophesy to and edify one another. 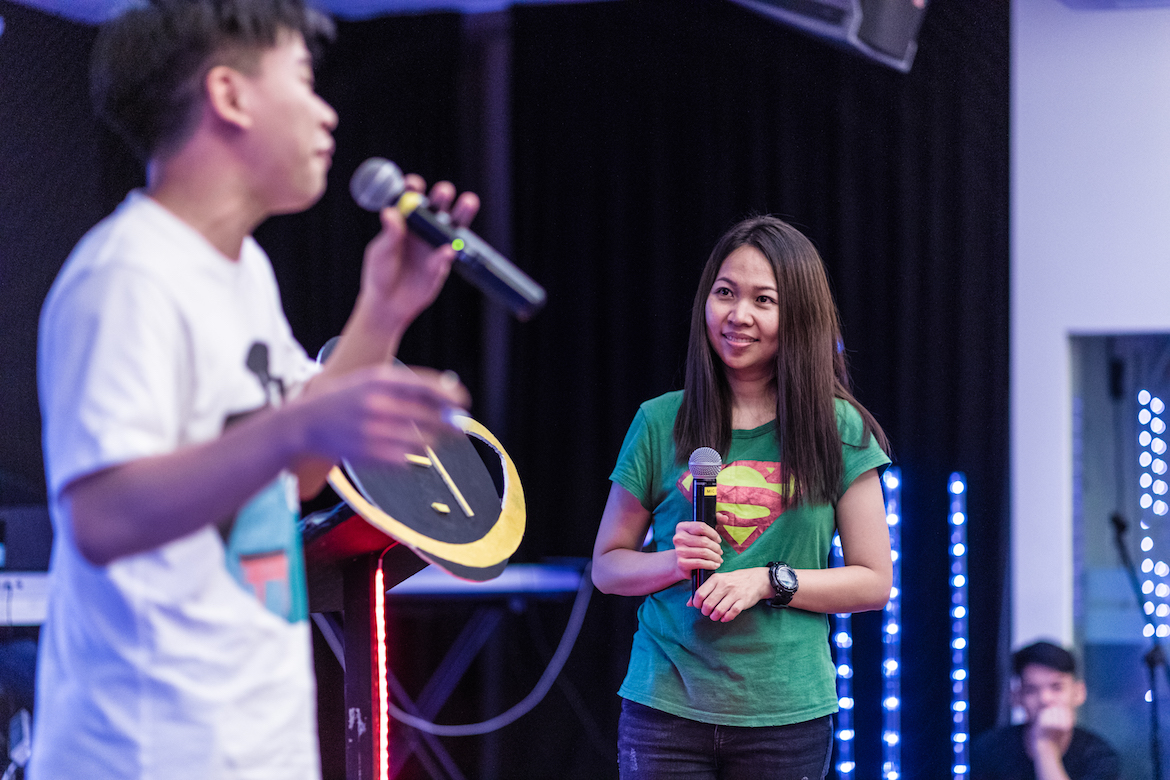 Chew Jiayi, a 21-year-old student, was amazed by how God spoke through physical objects she could see. “We were told to find an object in the room and [use it to] speak over someone’s life,” she revealed. “My friend, Jeanette, saw a bruise on my right thigh and shared with me the verses from 2 Corinthians 4:8-12. Even though it was funny at that moment, I felt like every word that she spoke was very accurate to what I’m about to face in the coming year.”

She added, “I was truly blessed by it because I know that even at times when I am hard-pressed on every side, I will not be crushed, because God will be with me in every moment.”

The night ended with a finale puzzle game, where campers had to undergo various stages to defeat a “boss” taking off his life tags. This finale game settled the scores and Confederacy was crowned the winning house of Camp Varsity 2020.

On the final day, campers donned their camp shirts in solidarity and gathered in their houses to have an honest sharing with one another about their encounters over the course of the camp. The camp concluded with an afternoon session with CHC pastor Edmund Tay, who shared three tips on how to last the race: walk in sonship, walk in God’s presence and walk in total trust.

Pastor Edmund told the congregation that their voices can change the atmosphere and usher in the presence of God. He demonstrated this by taking a guitar and spontaneously singing a song to worship the Lord, just over two simple chords. 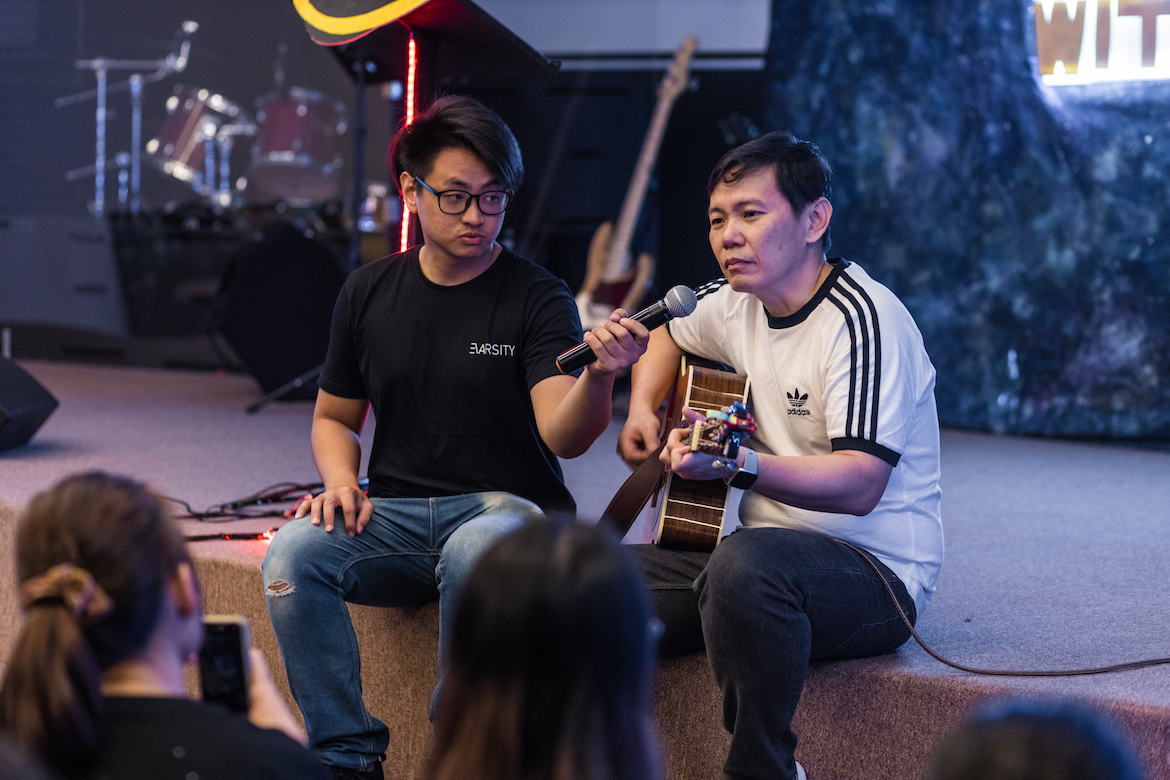 The session ended with a time of ministry. The Holy Spirit moved mightily; joy filled the room while campers laughed and danced in His presence.

To end off the camp, the houses gathered to chant their camp cheers a final time, exchange heartfelt letters written to one another and sing a fellowship song with arms around one another’s shoulders. Campers left with new encounters with God, a renewed spirit, and a community they knew they could always count on. 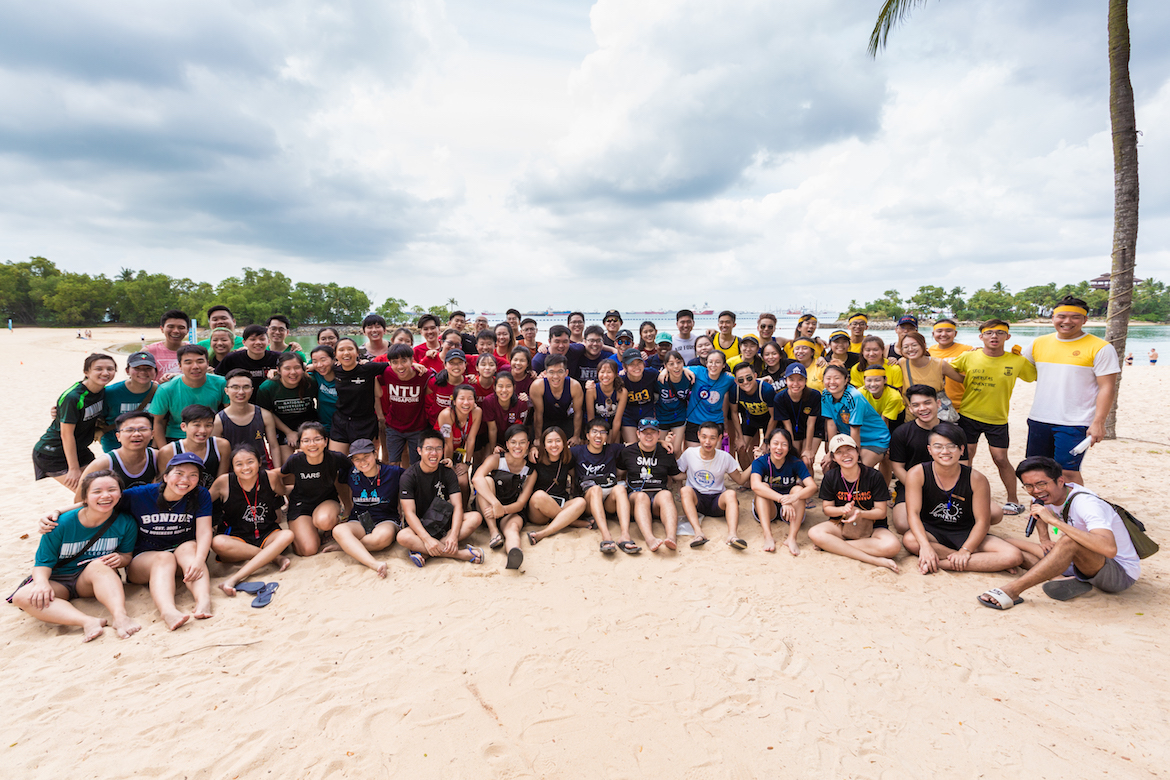