“After 40 years in the wilderness, the Israelites were still complaining and contending with Moses and Aaron,” said City Harvest Church’s executive pastor, Bobby Chaw. He was preaching on the weekend of Nov 23 and 24, delivering a sermon out of the book of Numbers, which he has been preaching out of these last two years.

Sharing from Chapter 20, Pastor Bobby gave the background to the scenario: the children of Israel were in the last leg of their 40 years in the wilderness; they were about to enter the Promised Land. 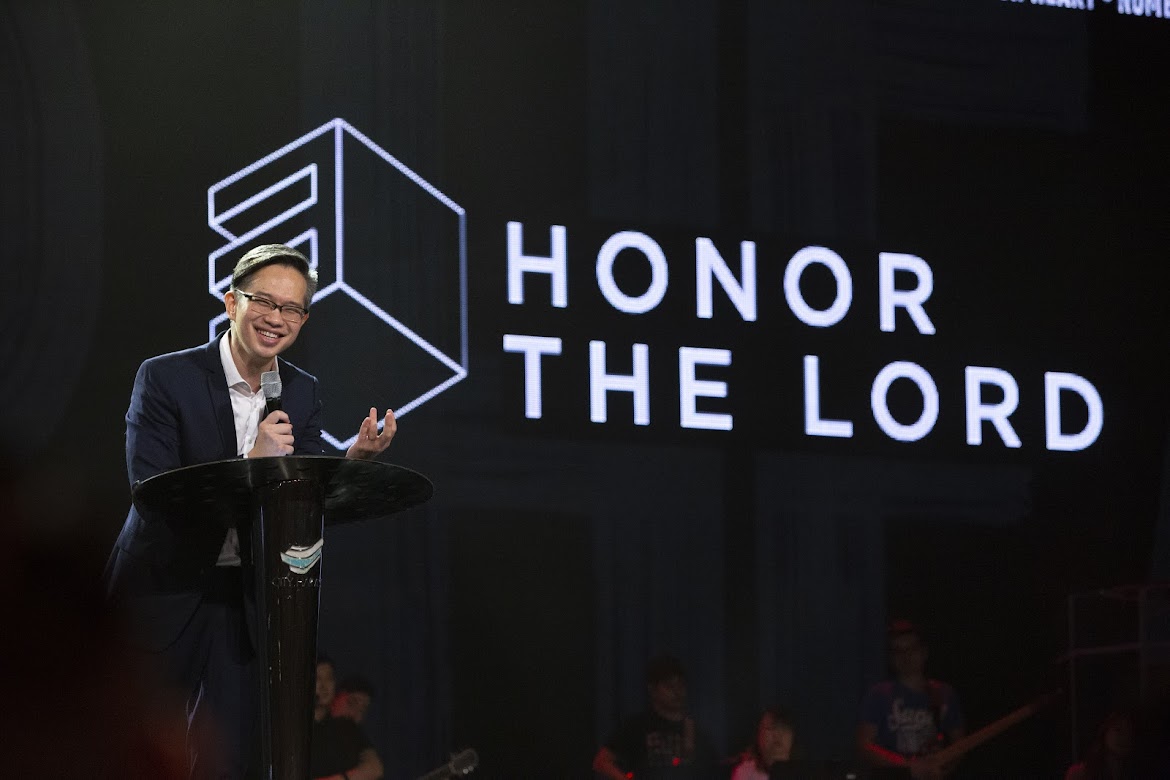 Numbers 20:2 reads, “Now there was no water for the congregation; so they gathered together against Moses and Aaron. And the people contended with Moses and spoke, saying: ‘If only we had died when our brethren died before the Lord! Why have you brought up the assembly of the Lord into this wilderness, that we and our animals should die here? And why have you made us come up out of Egypt, to bring us to this evil place? It is not a place of grain or figs or vines or pomegranates; nor is there any water to drink.’”

This was not the first time the children of Israel had complained about the lack of water. Forty years ago when they first started their journey, a similar incident had occurred.

“Yet the two incidents were different. In Exodus 17, the first time they had no water, it happened with the first generation which had come out of Egypt. But now, 40 years later in Numbers 20, most of that generation had died—this was a new generation that was facing the same problem,” Pastor Bobby pointed out.

This new generation grew up in the wilderness. They had never seen the miracles of God, the deliverance of the people from Pharaoh’s tyranny, nor had they witnessed the splitting of the Red Sea.

What the previous generation wanted from Moses was a solution: to find them water. However  this new generation sought after something different: they demanded understanding from Moses. Pastor Bobby took this time to remind the congregation that in time of trials and crises, many believers may be so occupied with solving problems and putting out fires that they forget why they were there to begin with.

“Numbers 20 is a reminder to us, that we are not to forget why we do what we do. Let us not forget the mission that God has given to us,” said Pastor Bobby.

Last weekend, the Chinese Service produced a short film that featured the talents of more than 50 volunteers who were amateurs. The short film was the highlight of that outreach service and many Chinese members had invited their family and friends. The hall was filled to the brim and some of the younger members even had to sit on the floor during the screening. By the end of the service, the altar was filled with new friends responding to Jesus for the very first time.

“Why do we do what we do? Because we want to stay focused on the mission, and that is to seek and save the lost,” the pastor reminded the church.

THREE KEY LESSONS TO LEARN
Going back to Numbers 20, after the people had confronted Moses, Moses sought the Lord. Numbers 20:7 reads, “Then the Lord spoke to Moses, saying, ‘Take the rod; you and your brother Aaron gather the congregation together. Speak to the rock before their eyes, and it will yield its water; thus you shall bring water for them out of the rock, and give drink to the congregation and their animals.’” 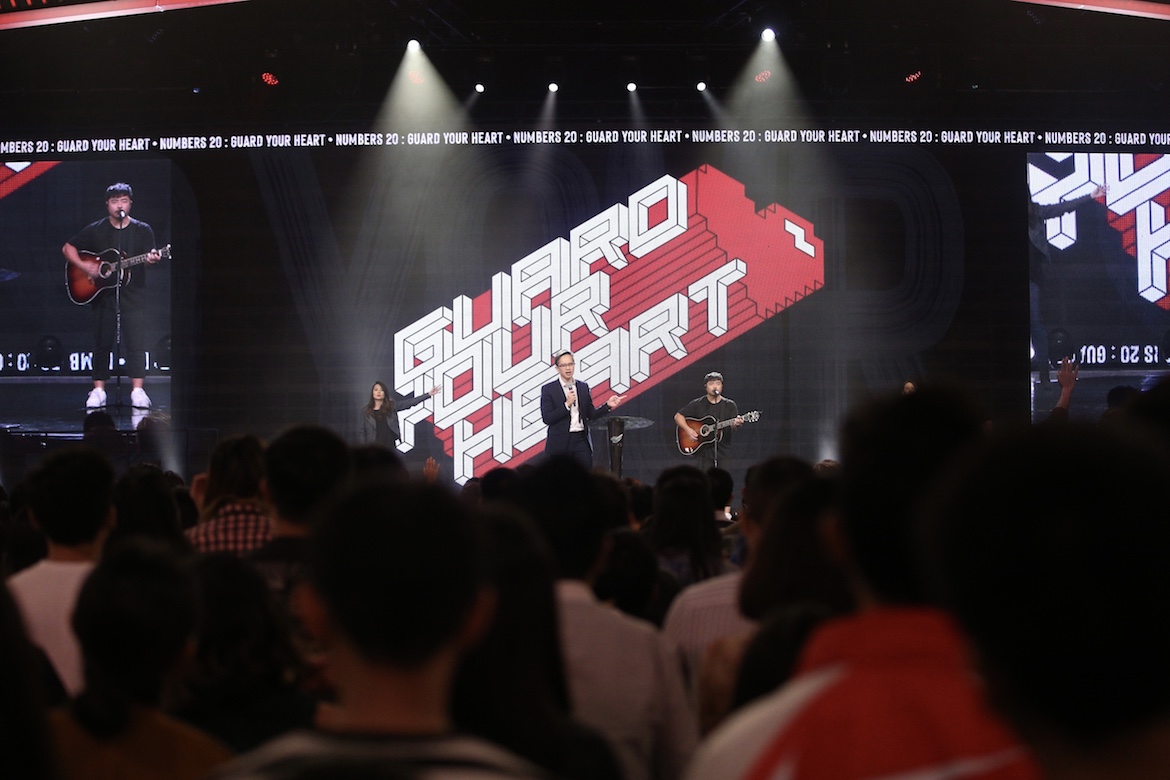 God instructed Moses to speak to the rock, but Moses did something different in Numbers 20:10, “And Moses and Aaron gathered the assembly together before the rock; and he said to them, ‘Hear now, you rebels! Must we bring water for you out of this rock?’ Then Moses lifted his hand and struck the rock twice with his rod; and water came out abundantly, and the congregation and their animals drank.” And it continues in verse 12, “Then the Lord spoke to Moses and Aaron, ‘Because you did not believe Me, to hallow Me in the eyes of the children of Israel, therefore you shall not bring this assembly into the land which I have given them.’”

Moses lost his temper. Instead of speaking to the rock, he judged the people as rebels, and he struck the rock twice. As a result, he could not bring the people into the Promised Land. Pastor Bobby shared that there were three important lessons to be learnt in Numbers 20.

Firstly, you need to guard your heart. Psalms 106:32 gave the reason why Moses struck the rock instead of speaking to it as instructed: “They angered Him also at the waters of strife, so that it went ill with Moses on account of them.”

The reason why Moses struck the rock was because he was deeply provoked. He was possibly the greatest leader, yet 40 years in the wilderness might have taken its toll on him and he spoke carelessly in a manner that carried ill intent. “That is why Proverbs 4 tells us in verse 23, above all else, guard your heart,” explained Pastor Bobby.

Even though Moses delivered to the children of Israel exactly what they wanted, what was important to God was Moses’ heart. Arriving at goals or destination may be important, but the journey there is just as important.

Secondly, you must be willing to change. The first time how Moses solved the issue with water, he struck the rock. However, four decades after encountering the same problem, God told him to speak to the rock. 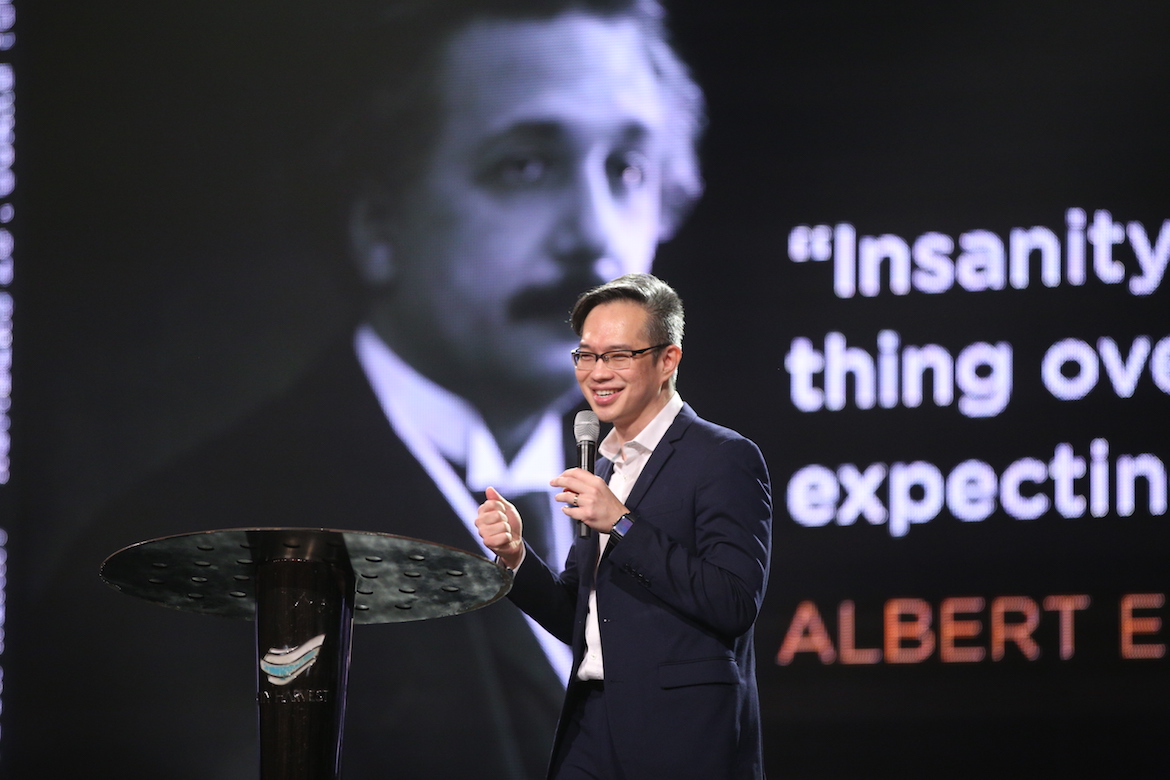 “The way and the method God is leading and providing for the new generation had changed, but Moses had not changed. He was using a method that was 40 years old,” explained Pastor Bobby.

Maybe because Moses had done it before, it seemed a safer move to him. He had struck the rock once and water came out, but now faced with a new direction given by God, fear could have set in. “Fear often stops us from changing,” Pastor Bobby highlighted to the congregation.

Fear of failure can prevent believers from making changes in their lives. As Jesus said in Luke 5:38, “new wine must be put into new wineskins.” In order for believers to embrace the new, they have to change.

Lastly, you must honor the Lord. Pastor Bobby reiterated Numbers 20:12. God had commanded Moses to speak to the rock, but Moses trusted in his own wisdom and experience more than he trusts the word of the Lord. In the forty years of wilderness complaining and murmuring, Moses had lost sight of God’s unchanging nature. He was now relying on logic and experiences.

“We must learn to honor the Lord, by believing and obeying His word no matter what,” Pastor Bobby emphasized, elaborating that to honor God’s name is to trust and to believe in God’s character.

“In Numbers 20, we see Moses, such a great leader, yet he is not perfect. He lost his temper and did not honor God,” the pastor said in closing. “Yet, the Rock still supplied water to the children of Israel.”

What—or rather Who—is this Rock? 1 Corinthians 10:4 records that the Rock is Christ Jesus.

“When the wilderness seems unending, trust in God’s unchanging character and nature. Because today, God is still the same miracle working God,” the pastor concluded.

Pastor Bobby ended the service with encouraging for the church to keep believing in God regardless of their situations and to lean upon His faithfulness. 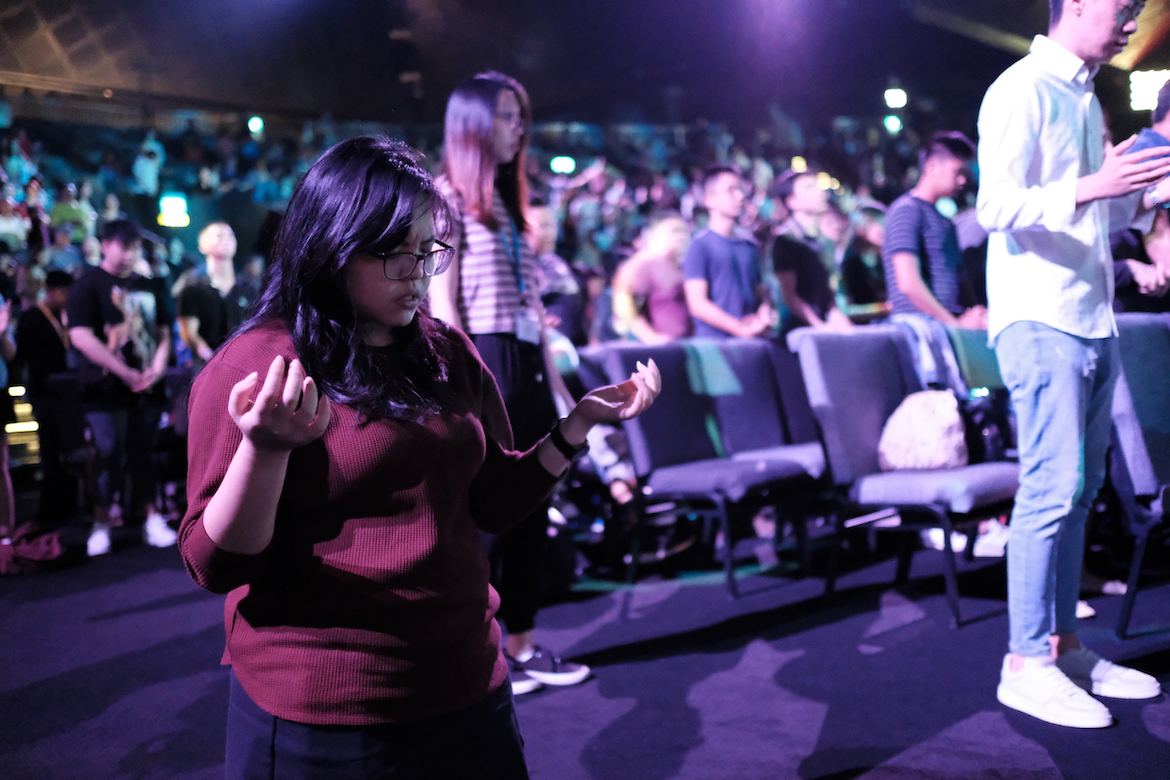