Three ways to break through and enter into new ground in your spiritual life is by intercession, changing your perspective of people and digging deeper into yourself. 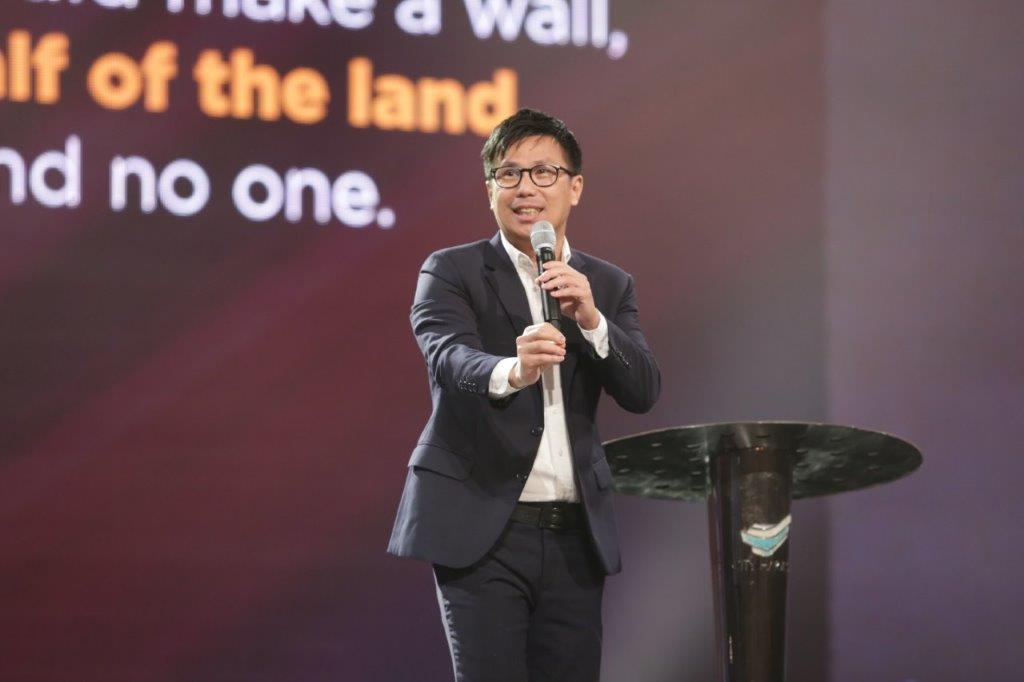 He reminded everyone that a ceiling is meant to be broken—it then becomes the ground for later generations to stand upon. “Our primary reason for breaking ceilings is so that Jesus can remain accessible to the evolving needs of society,” he said.

Luke 5:18-20 tells the story of four men carrying their paraplegic friend on a stretcher to meet Jesus. When they saw that the house was packed, they opened the roof and lowered their friend to where Jesus was.

Pastor Aries shared three things Christians need to do to keep meeting the needs of their generation.

1. CARRY THEIR BURDENS THROUGH INTERCESSION

The first thing Christians need to do is to start interceding for the needs of their generation. In Luke 5:18, the Greek word for “brought” is phero, which means“to carry a burden or to bear the burden upon yourself”.

Pastor Aries shares that intercession is a different kind of prayer—the intercessor has to step into the shoes for those who are hurting, to feel and understand their struggles, pains, grievances and frustrations.

He also warns that oftentimes, people are quick to point out their friend’s problem while praying for them. To paraphrase Bill Johnson, whenever we accuse someone in prayer, God has to defend that person because we are misusing our authority. Complaining about the person’s problems only adds to the problem instead of bringing about a solution.

Therefore, “if you want to see change, stop complaining and start identifying,” said Pastor Aries. “Jesus doesn’t complain about you and I. He came down to identify with us; He wants to become the solution.”

Hebrews 7:25 talks about how Jesus is the champion intercessor because He has spent His life identifying with everyone’s struggles, thus making Him a perfect substitute for everyone (Hebrews 2:14-18). Jesus spent time interacting with tax collectors and prostitutes—likewise, for Christians to become intercessors, they need to first identify with others through interaction.

2. CHANGE THE WAY YOU LOOK AT PEOPLE WHO ARE DIFFERENT
Returning to Luke 5:18-20, Pastor Aries delivered his second point: “When the four men couldn’t get into the house, they went up.” Instead of resigning themselves to their circumstances, they upgraded their perspective. 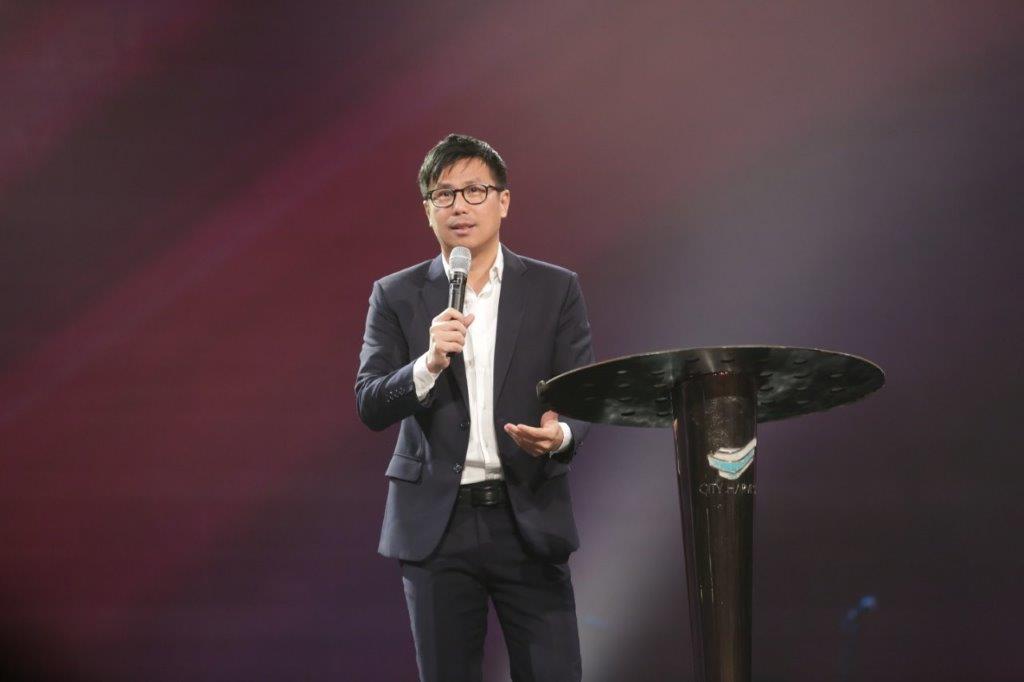 “Remember, the only thing blocking you from your harvest is not its potential, but it’s your perspective towards the harvest,” Pastor Aries pointed out.

Peter received a vision from God in Acts 10:9-16, and with that, God changed his perspective towards the Gentiles. The Jews had always viewed the Gentiles as people who were unclean and undeserving of God, but God told Peter not to “call anything impure that God has made clean”. Peter’s eyes were opened to see that the main hindrance to the spreading of the Gospel was not the method, but how Christians saw people who were different from them.

“The problem here is prejudice, which actually is ‘pre-judgment’,” explained Pastor Aries.

When the Holy Spirit was given to people in Acts 2, everyone began speaking in another language in Jerusalem, which had a diverse population. With the Holy Spirit, one of the powers given to believers is the ability to accept differences and remain united as one in Christ.

Social, political and many other identities have replaced the Kingdom identity, said Pastor Aries. Many Christians are fighting among themselves because they identify themselves with different camps instead of identifying themselves as God’s people. When the angel of God appeared to Joshua in Joshua 5:14, he said clearly that he did not belong to any camp but to the Lord of Host.

“It’s impossible to have unity if there’s no diversity,” explained the pastor. “If everyone is doing the same thing, it’s uniformity. Uniformity only produces compliance but unity produces commitment.”

Instead of politicizing issues and building camps, Pastor Aries encouraged everyone to focus on Kingdom culture and to value one another in love.

Lastly, Pastor Aries noted that when the four men couldn’t get in, they dug deeper by going up the roof. He told the congregation that they need to learn to dig deeper inside themselves. Instead of looking to the world outside for answers, sometimes, believers just need to look within.

In Genesis 26, Isaac learned to face opposition and crisis. When he faced problems with the Philistines, Isaac returned to the same wells that his father, Abraham dug (Gen 26:17-22). Instead of digging elsewhere, he went back to the ancient landmarks and dug deeper to find his solution.

Pastor Aries reminded the congregation that breakthroughs come when Christians return to ancient landmarks and build upon old values instead of replacing or renaming them. He explained that the ancient landmarks have to be rediscovered—these include fasting, worship, theology, commitment and seeking the face of God.

He concluded his sermon by noting that Isaac kept digging until he found his Rehoboth—which means wide-open spaces (Gen 26:22).

“God has Rehoboth for us, a wide and open space,” said the preacher. “But you need to realize it’s not instant; it’s a grind and hustle, a process of digging into our being until we find our Rehoboth. Find the Rehoboth and God will make you fruitful all over again.” 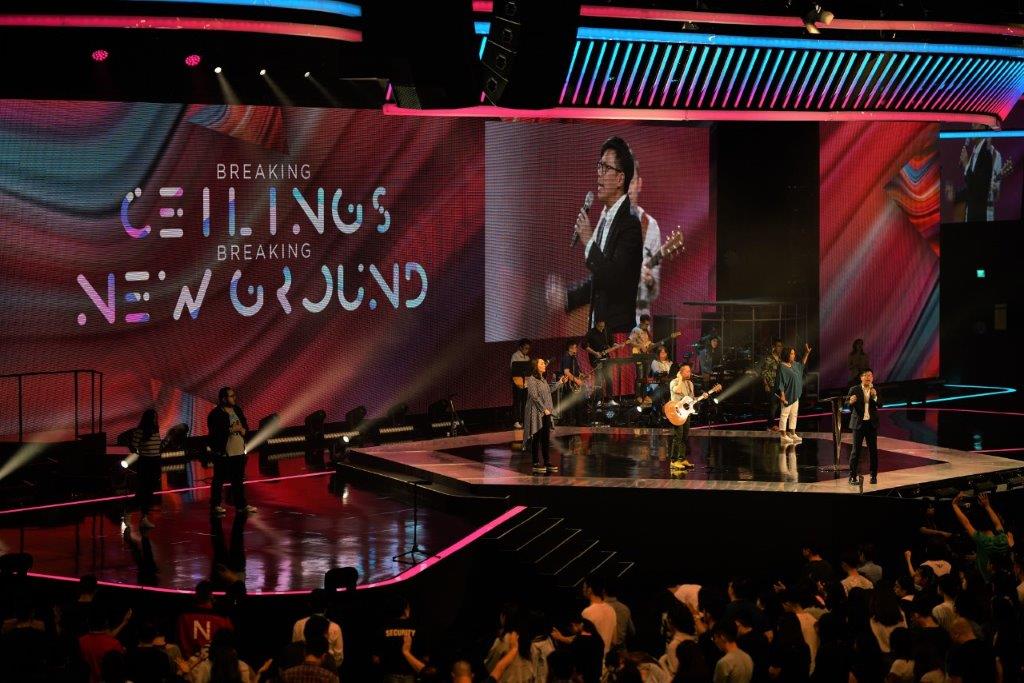