On June 9, in celebration of the 121st Philippines Independence Day, the Filipino Ministry in CHC gathered its Filipino members and SOT students, as well as Singaporean mission teams that have been doing works in the Philippines.

BY JATHNIEL GATCHALIAN, WITH ADDITIONAL REPORTING BY JOLO MALONZO 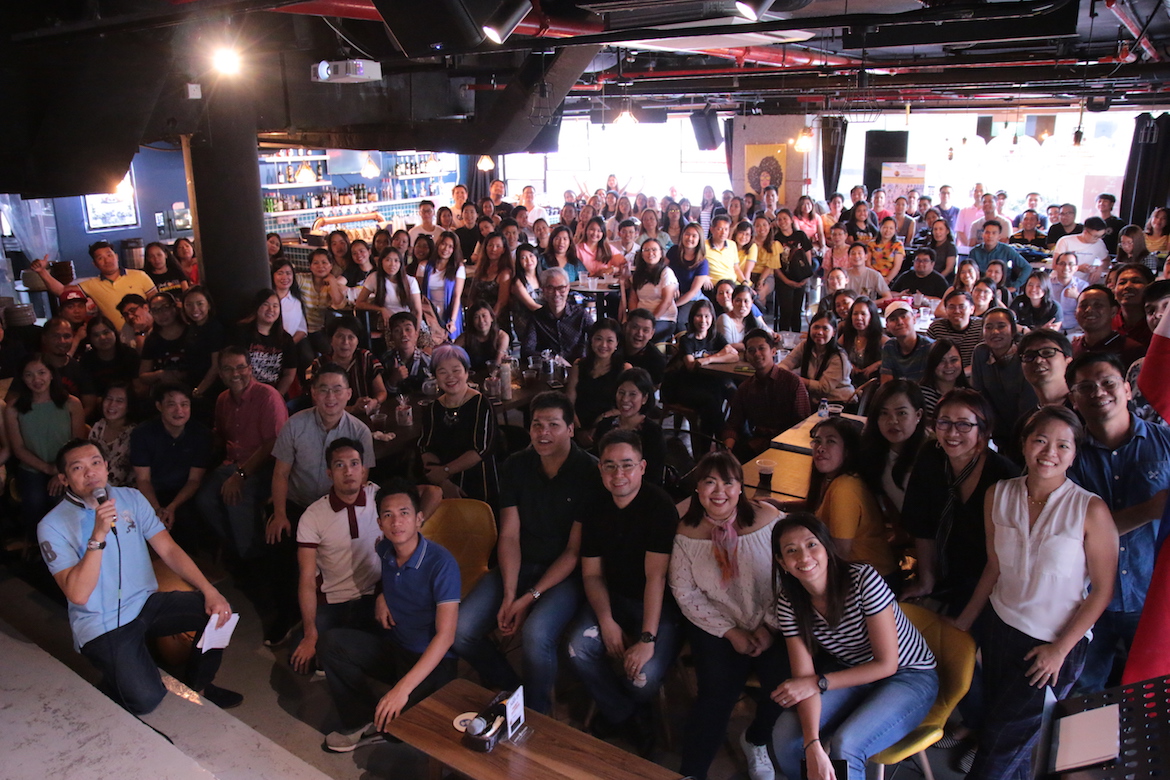 “The Filipino Ministry in CHC aims to provide a spiritual family for the Filipino here in Singapore, where they can find warm fellowship and grow their relationships with God,” said Kenneth Sim, pastor at City Harvest Church and the pastor-in-charge of the Filipino Ministry. Pastor Kenneth had taken over the ministry two months ago and has begun getting to know the members and raising up leaders in the ministry, with the aim of growing the group to 180 people by the end of the year.

The Philippines, an archipelago of more than 7,000 islands in the western Pacific Ocean, declared independence from Spain after 333 years of colonial rule on the 12th day of June, in 1898. This year, the country celebrates its 121st Independence Day.

The Filipino Ministry marked this remarkable event with a fellowship at Tipsy Penguin in Tampines. It was attended by a total of 150 adults—including current members of the ministry as well as School of Theology students from the Philippines—and 12 kids. The celebration started with an ice-breaker that tested everyone’s knowledge about the Philippines, followed by praise and worship.

Pastor Kenneth Sim, who took over the Filipino Ministry in April this year, told the attendees about what CHC has done in the Philippines over the past years. CHC’s relationship with the Philippines goes back to even before the church began. 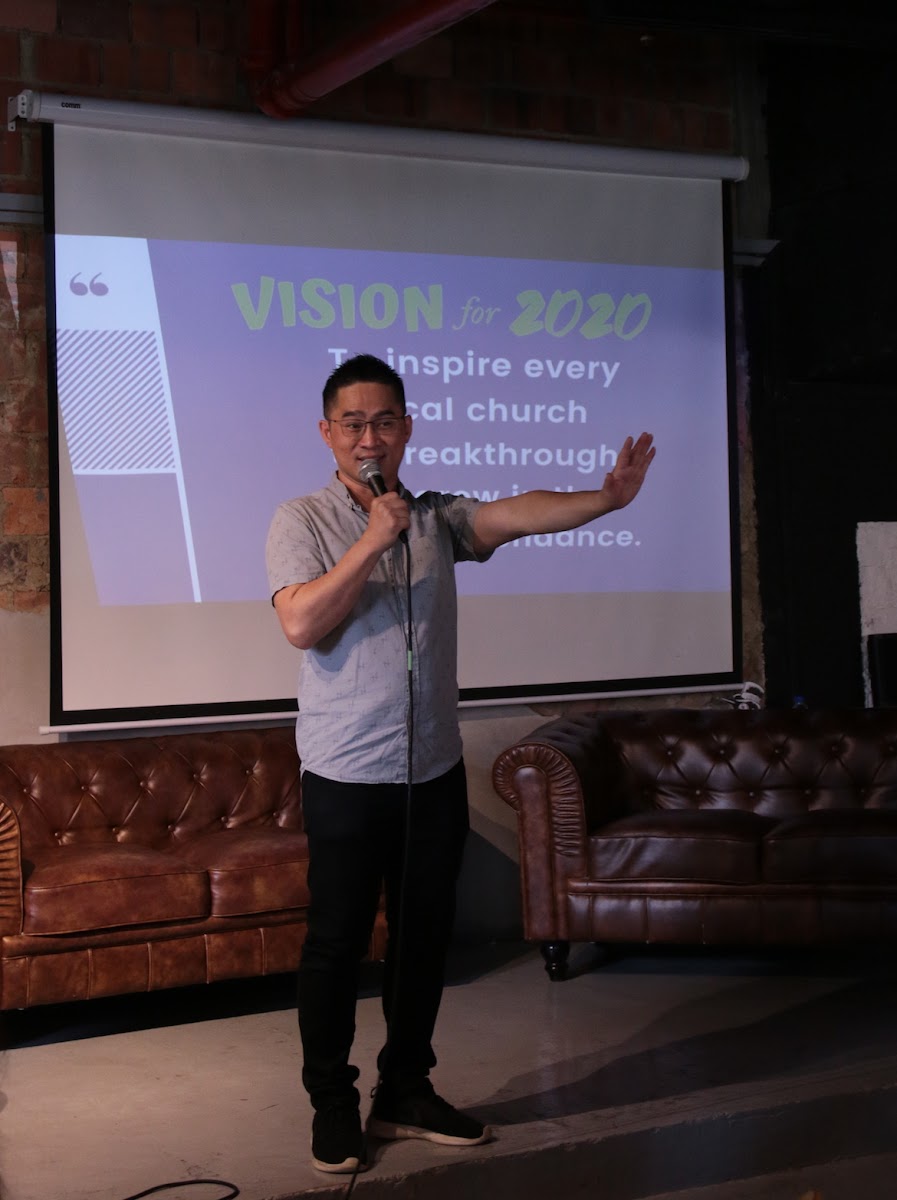 In 1989, “Brother Kong Hee” was all set to become a missionary to the Philippines. “He came to a crossroad because but Lord said, ‘No, build Me a church that will take Asia by storm’.” Pastor Kenneth remembered. Pastor Kong sacrificed his personal goal to obey God, but as the church grew, it became involved in many works in the Philippines—mission teams go regularly to the Luzon area and up North to Visayas, Iloilo, and Bacolod. In 1996 and 1997, they also helped to train about 12 leaders and pastors. However, in the early 2000s, the church mission focus moved from the Philippines.

Until November 8, 2013, when the super typhoon Yolanda devastated the Philippines. CHC sent a humanitarian team to the Iloilo area, which was severely affectedly by the typhoon. Pastor Kenneth shared that during those times, God spoke to him that the church should resume its work in the Philippines, that something needed to be done.

Since then, CHC has been sending teams to the Philippines to train leaders and pastors, as well as conduct missions to various parts of the country. Pastor Kenneth shared a report with the estimated outcome of their trips over the past years up until now.

“This year, 19 trips with 93 members have gone to the Philippines from January to May, ” he added. The church also opened up opportunities for Filipinos to study at its School of Theology so that the Filipino churches have trained workers. At the same time, the church also conducted an Overseas Bible Study Program in the Philippines.

In six years, CHC has helped produce 64 Filipino Bible School graduates, and a total of 936 graduates from the Overseas Bible Study Program. 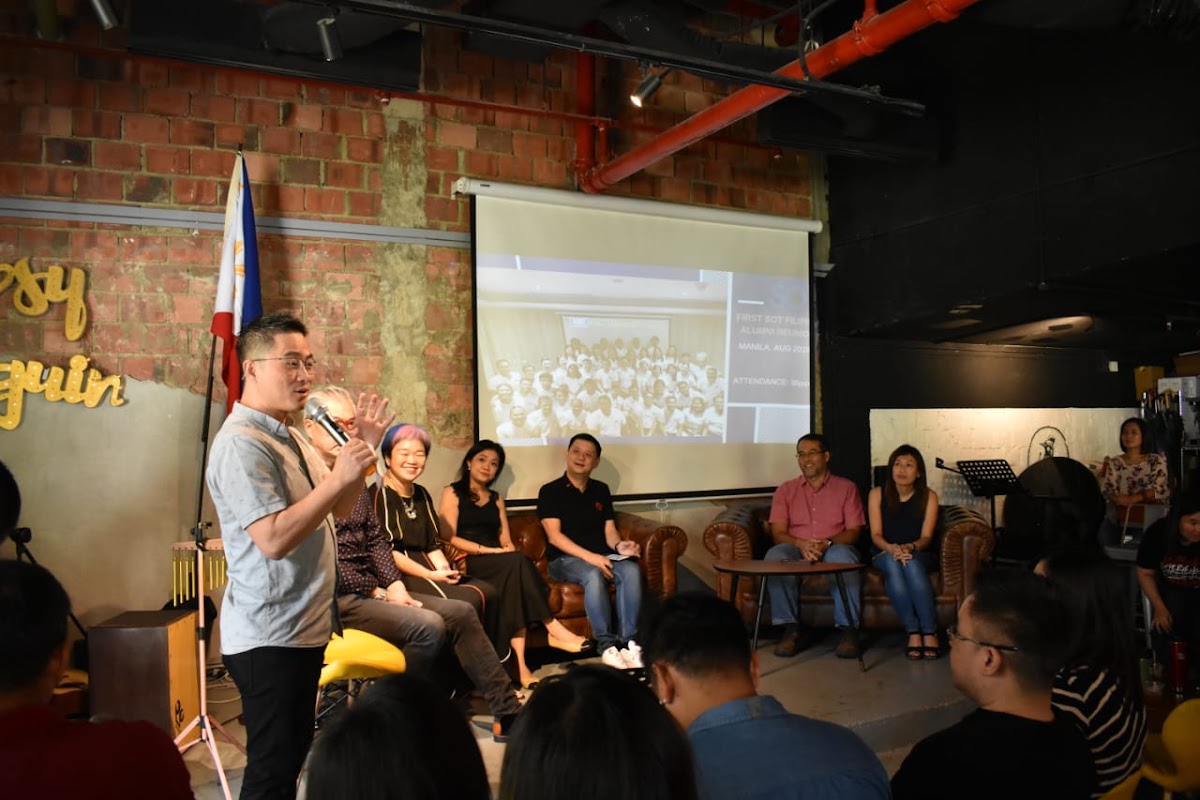 Pastor Kenneth went on to introduce the people he referred to as the key people for missions to the Philippines. “The post-Yolanda mission trips would not be possible with these people, the key people who play a very significant role in what City Harvest is doing now in the Philippines,” he said. “When I was sharing with them about the Philippines, they just came out and said ‘Pastor, I want to go! Send me!'”

Six of these missionaries answered questions from the crowd and shared their passion for these missions to the Philippines. They were couples Stanley and his wife Jaques, Keith Lim and his wife Mabel, Catherine Tey and James Sin. Many of these are CHC cell group leaders, and all have been to the Philippines on missions multiple times. Stanley, for example, has made 35 trips to the Philippines in the last four years. His wife Jaques shared her story with the crowd: “There will come a point that you will start to search for more with God. We went to Bible school and that was when God spoke to Stanley to go on mission trips. Initially, we went to China, to Taiwan… and when Stanley and Pastor Kenneth talked about going to the Philippines, I was rather nervous because I had never been there, and I didn’t know what to expect. All I knew was, ‘if God wants us to go, then we will obey the call and go’.”

When asked what they would say to encourage the members of the Filipino Ministry, each of the missionaries shared their burden and passion for the Philippines and how great it would be if Filipinos who live in Singapore could on such missions and bless their fellow countrymen, as those in the Philippines would relate to them more easily and naturally. 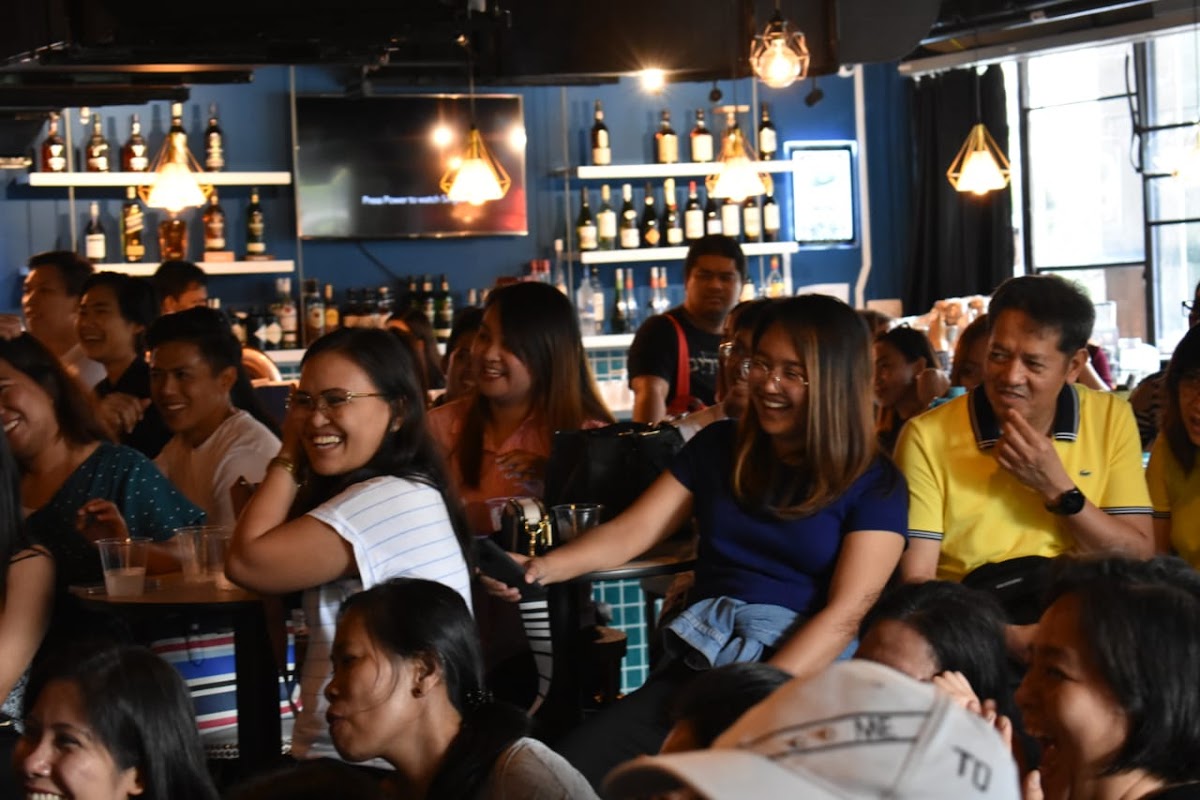 Stanley shared that sometimes when the teams go to barangays (small communities) there is a language barrier. When they speak with the elderly Filipino people would just stare at him blankly because they cannot understand what he is saying—this makes him feel discouraged. But he believes that the sharing is not as important as the altar call.  As the people responded to the altar calls, many of them receive healing. “I have been praying for the last four years that all Filipinos in Singapore can actually go together and you guys can impact more than what we impacted, you guys can do more!” he encouraged. “I pray that one day I will see you guys back in your hometowns, serving the people. I can see the revival—the breakthrough is coming!”

Jaques added that the need to share Jesus to the people was great, especially in the remote areas as they see no hope. The team preaches Jesus to them, as He is their source of hope. She said, “And Filipinos in Singapore, [why not] make one trip and show the people there what Christ has done in your life, how God brought you thus far, how God has prospered you, how God has changed your life. And when you go back you do not need to preach—you just need to share your testimony, and let me assure you many many lives will change. They will see what God can do in their circumstances.” 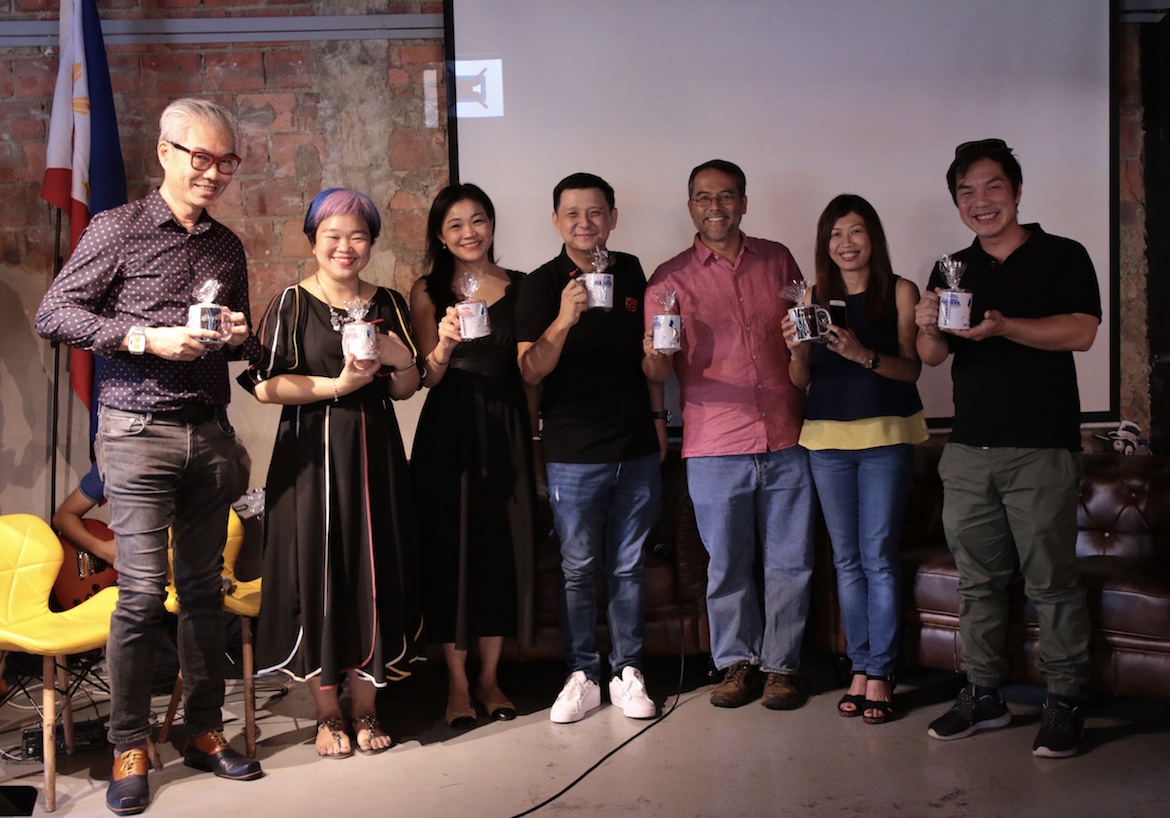 Keith Lim spoke prophetically to the crowd, who nodded in agreement and contemplated his words: “The Philippines has been colonized, has been invaded at times, but this final push, this huge harvest is coming. It’s going to be a harvest and the Filipinos are gonna be the vanguard. In the Bible, it says that the harvest is plentiful but the laborers are few. You have been on the receiving end many times, but God’s gonna change that, now, you are going to usher in the harvest!”

The people gathered prayed and interceded for the Philippines, believing God for a great harvest of souls in their nation, and committing to the Lord to obey the call to reach out to their fellow citizens.

The Q&A session ended with the six begin presented gifts that the Filipino Ministry leaders had prepared for them in appreciation of their unwavering passion for the Philippines. The program continued with musical numbers from City Radio’s Filipino DJs and SOT students Ellene Cubello and Paolo Tuballa. They entertained the crowd during their fellowship over a sumptuous lunch. 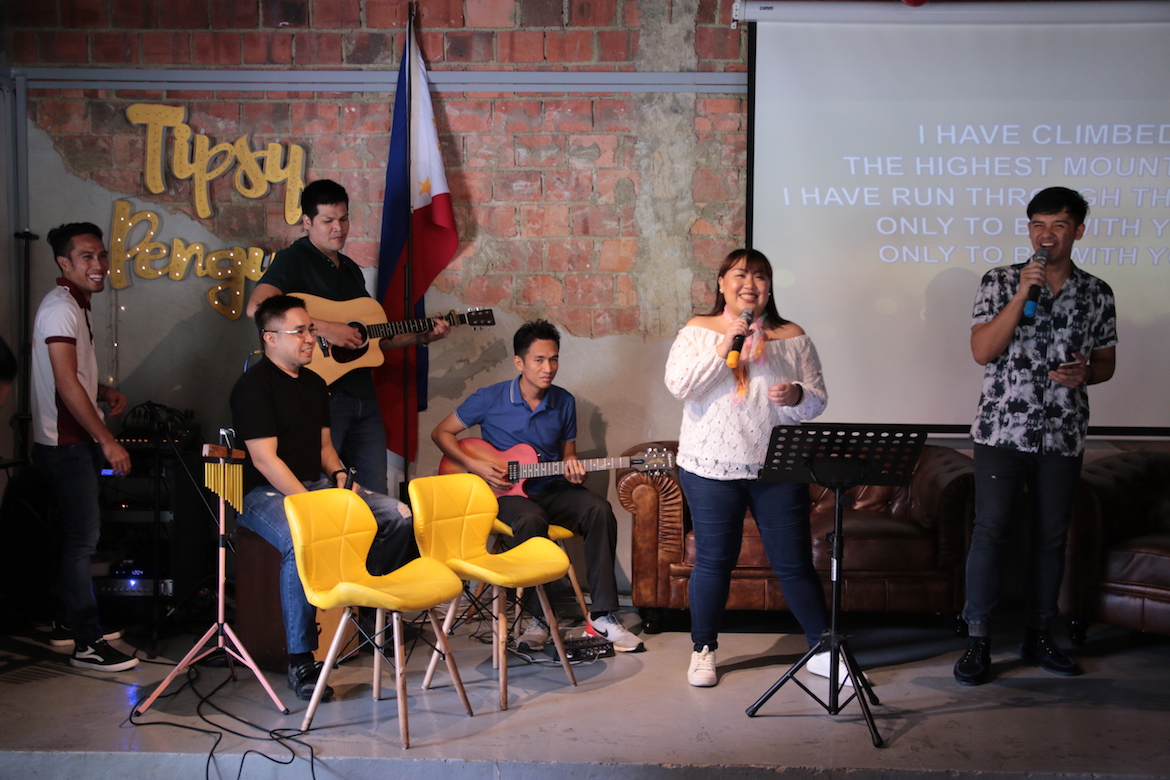