From Han Dynasty To Supernatural Healing: How CHC Celebrated Easter 2019

At City Harvest Church, the salvation message is preached in many different ways to the Chinese-speaking congregation, the children, the elderly and those with intellectual disabilities. Harvest Kidz, Dialect Service and JAMs Service pulled out all the stops to bring people into the house of God, driven by one common purpose: to tell the world that Jesus lives.

By Rachel Chee and Kelvin Tan 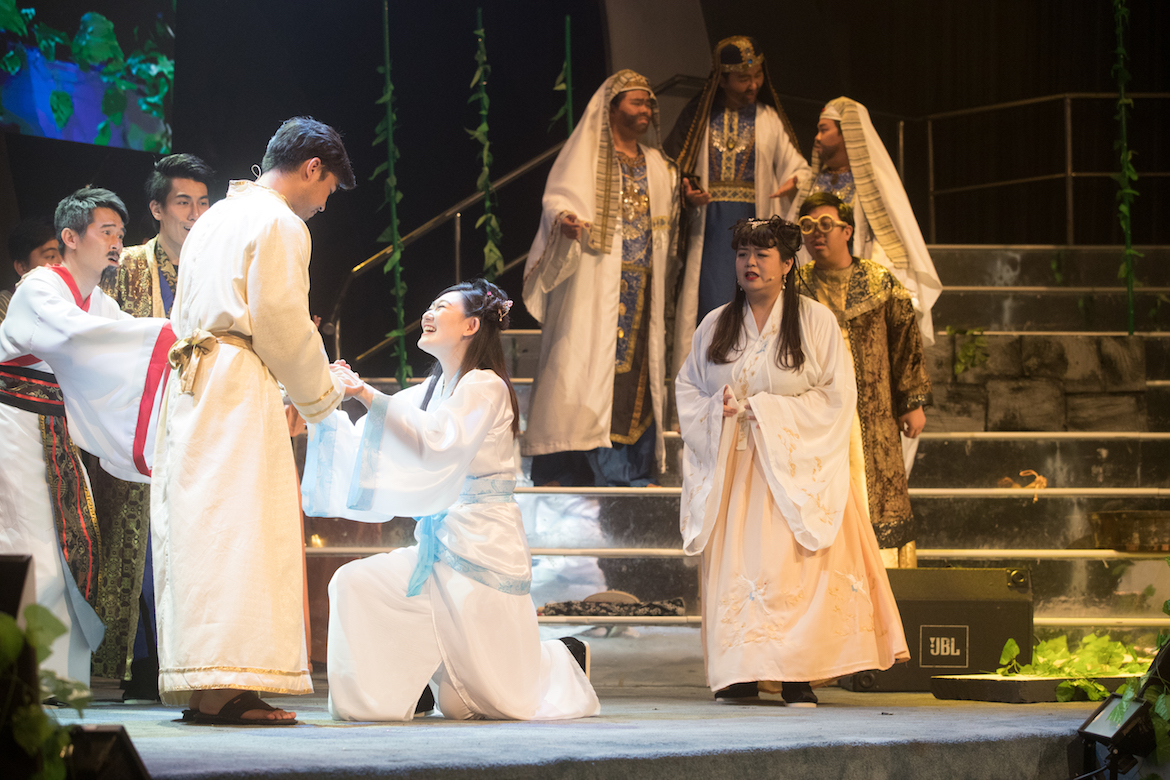 The Dialect service put up a period drama, Tang Ren Shi Lu (唐人十路), on Apr 14. The production tells of the journey of a Han princess in search of the Messiah. The fictional Princess Hui Qi grew up with a limp. Because of that, she struggles with low self-esteem and is temperamental.

The young princess loves learning different languages and the cultures behind them. Her teacher tells her about a star that signifies the birth of a Messiah, who will one day save the world. The princess dreams of going to Israel to meet with this Messiah personally.

Some years pass and the princess grows up. When she has a chance to travel to Israel with her teacher’s grandson, she jumps at the opportunity. There, she witnesses the ministry of Jesus, His death on the Cross and His resurrection on the third day. This experience changes her life.

Following the drama, Pastor Maria Tok preached an encouraging message on peace, hope, and joy. At the altar call, 31 people gave their hearts to Jesus. 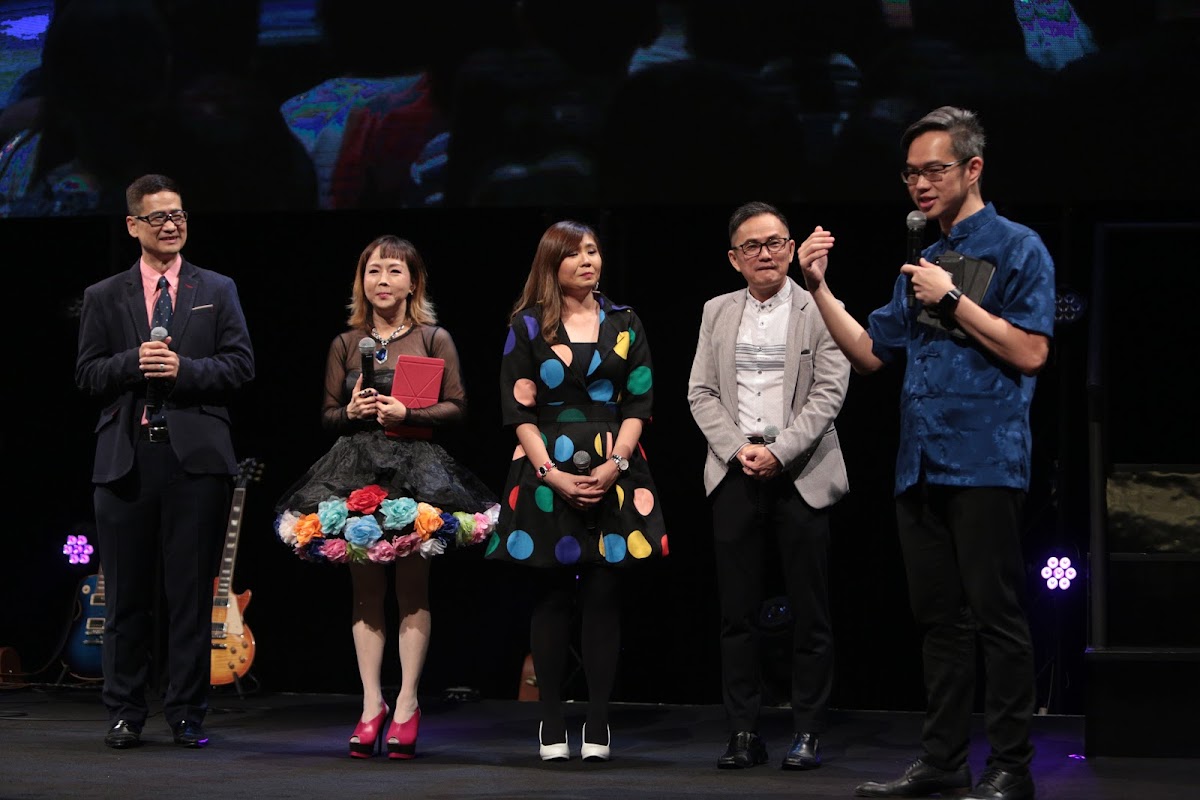 On the same day, the Chinese service put up a concert, Yin She Jia Nian Hua (银色嘉年华). The members and their friends enjoyed a performance of song and dance before listening to the testimony of Kelly Soon, a member of the Chinese Service. She shared a faith-building testimony of how God healed her son, Sean, from urinary incontinence when he was in Primary 4.

When Sean was 16, he suddenly collapsed on the way home from church. The doctors diagnosed cerebral hemorrhage. He needed emergency surgery and the doctors told Kelly to prepare for the worst. But as she prayed, God assured her that He was healing Sean, and that Sean simply needed to undergo this. Miraculously, Sean was not only completely healed, he went on to excel in his studies. He even went on a mission trip with Kelly recently to share his testimony.

Bobby Chaw, Chinese service’s pastor, preached a message on God’s plan for salvation. God made mankind to rule the earth under His leadership. When Adam fell into sin, the first question God asked was, “Adam, where are you?” God knew where Adam was but He still asked nonetheless. God is still asking His people the same question today: “Where are you?” He wants them to come to Him so that He can restore His relationship with them.

Pastor Bobby gave an altar call and 31 people gave their hearts to Jesus. 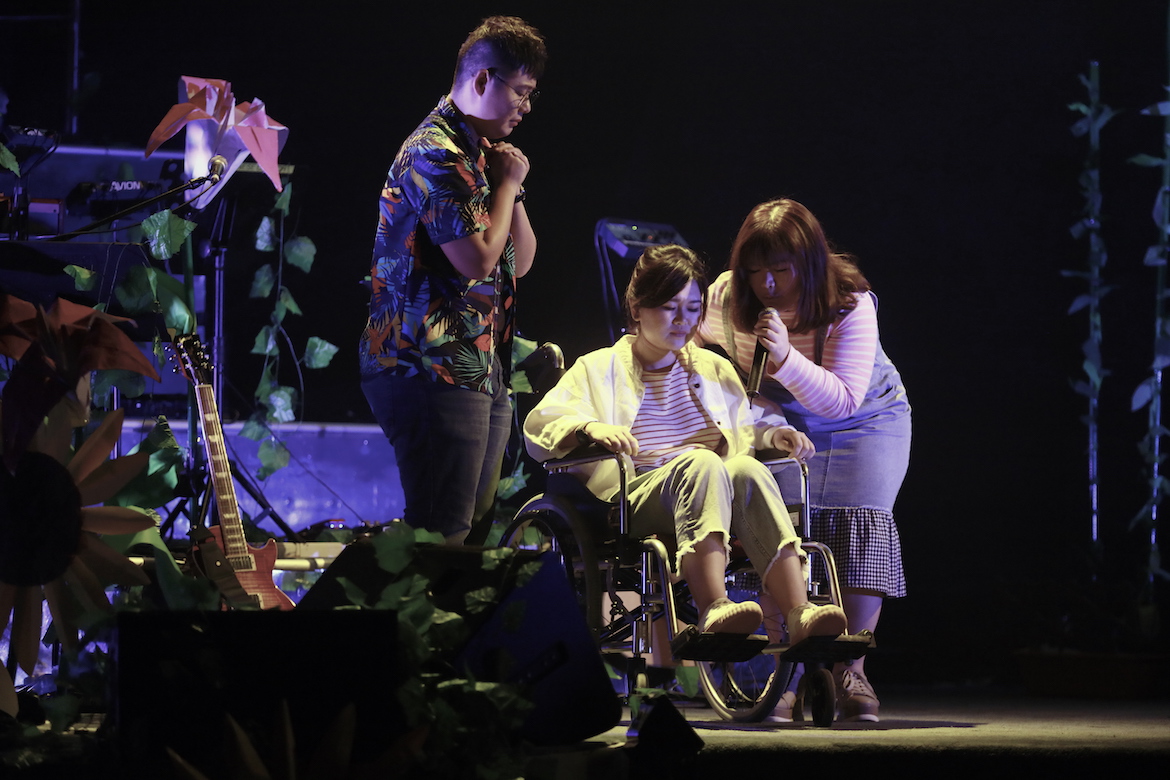 JAMs, or Jesus for All Minds, the CHC service that caters to people with special needs, held their Easter service on Apr 13 and 14.

They put up a drama, A Supernatural Easter, which tells the tale of a pair of siblings, Yao Wen and Eunice, in search of a healing miracle for Eunice’s legs after a car accident. Yao Wen has gone around finding ways to heal Eunice but his efforts were in vain.

Just as they were growing desperate, the siblings bump into Mavis, who is on her way to church. After chatting for a while, Mavis discovers that her friends are in need of supernatural healing and she introduces them to Jesus. Eunice eventually regains the use of her legs after Mavis prays for her.

After the drama, Lily Yong, the pastor of the JAMs service, preached a message of Jesus’ supernatural healing power, correcting the misconception that Jesus’ healing requires payment.

Pastor Lily shared four points on how the congregation can encounter the supernatural power of God: Heal, Expect, Act and Lean on the Holy Spirit, which make up the acronym HEAL.

The Bible says that Jesus died on the Cross to heal us of our sins and sicknesses, Pastor Lily reminded the people. She then shared the healing testimony of her husband, Tan Kim Hock, also a pastor at CHC. Tan was diagnosed with rectal cancer in 2017. Pastor Lily shared her personal account of going through the cancer battle alongside her husband, the struggles and challenges they faced, as well as her belief for God’s healing upon Tan. 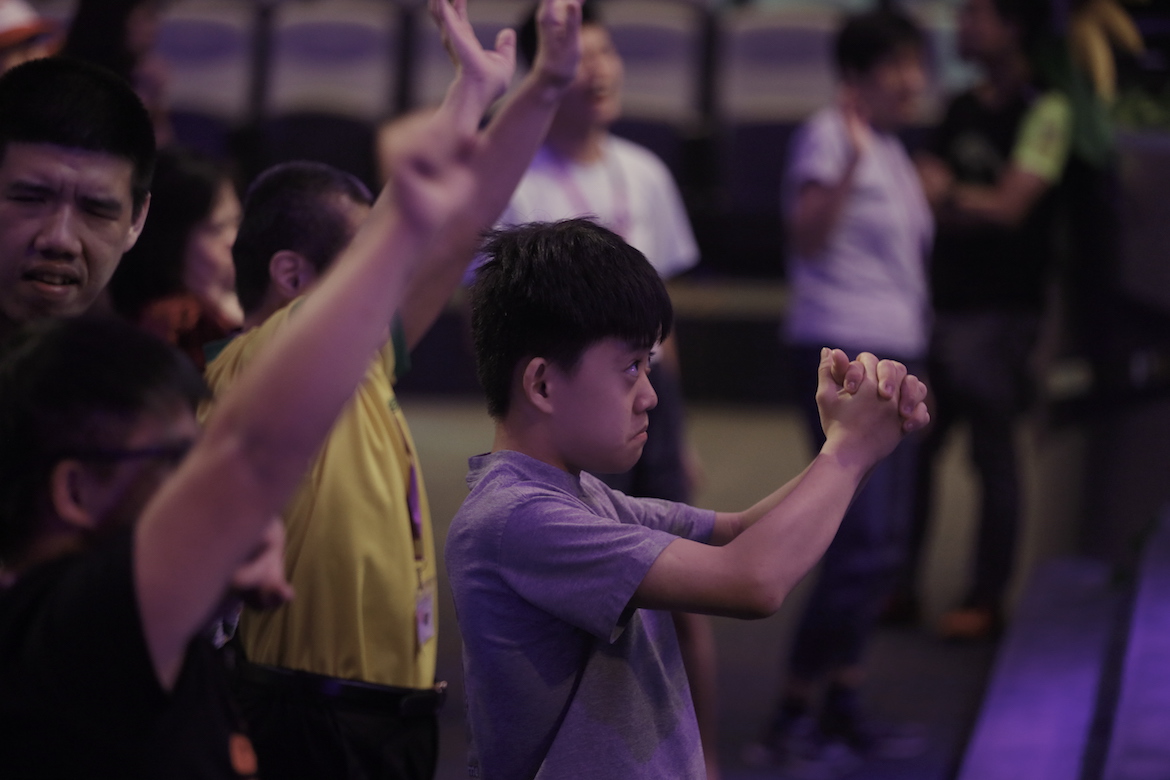 During the altar call, the strong and tangible presence of God could be felt throughout the service hall. Pastor Lily gave an altar for the congregation to receive Jesus as their Savior and for those who were sick. A total of 116 people came forward and the JAMs workers prayed for them.

HARVEST KIDZ: AN EGG-NORMOUS FUN DAY
Harvest Kidz celebrated Easter with three services held at the church’s Jurong West building and its Suntec auditorium over the weekend of Apr 19 and 20. The little children, under the age of 12, and their families invited many friends for the services.

Each service started with games, praise and worship, followed by Bible stories and a time of healing. During the service, children excitedly played games on stage while those at their seats cheered them on. Great joy abounded, especially when someone won a prize. 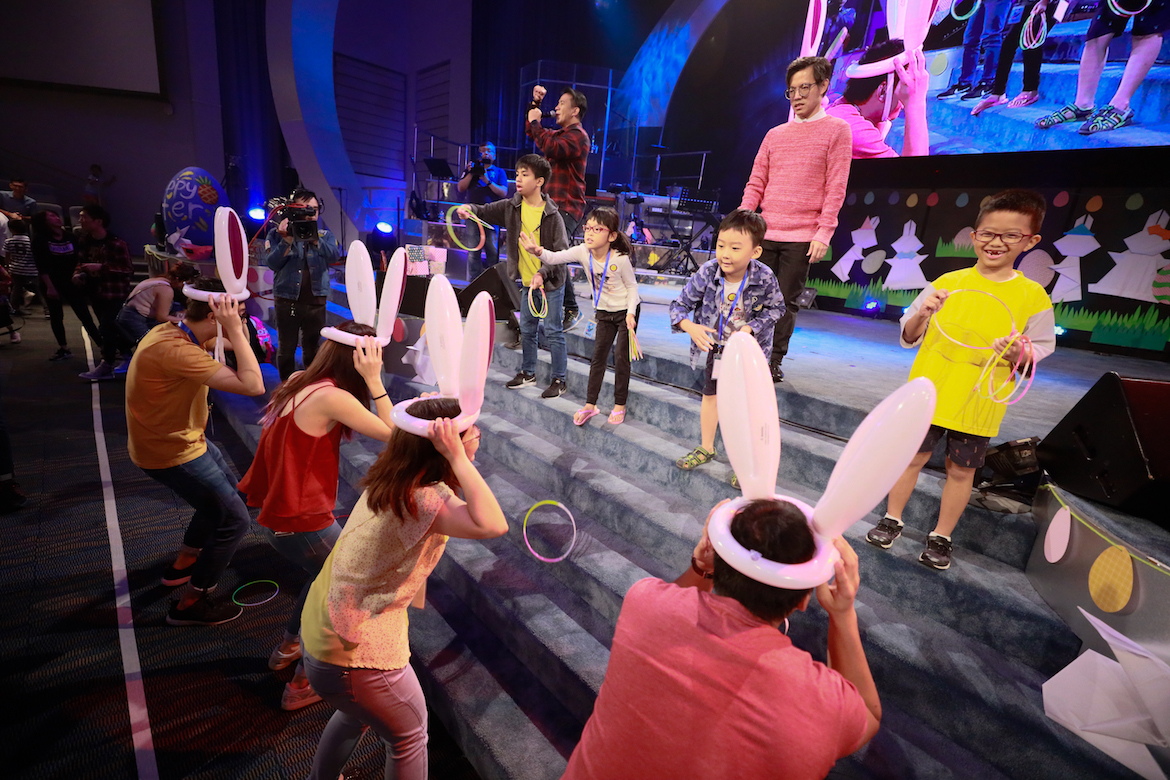 Following the games, a group of Harvest Kidz graduates performed a dance item, leading the children to dance along.

At the end of worship, Joanna Sin, a Harvest Kidz teacher shared how Jesus has changed her life. Growing up, her brother did not treat her well. He would often fight and quarrel with her, but she learned in church that she needed to forgive her brother. She started to write letters of blessings to her brother and her brother wrote back to her. Eventually, their relationship was restored.

Johann Sim, another teacher in Harvest Kidz shared a Bible story on what Jesus did in His earthly ministry. He told the children that Jesus loves them and they are important to Him. Jesus died on the Cross because He wants their sins to be forgiven. 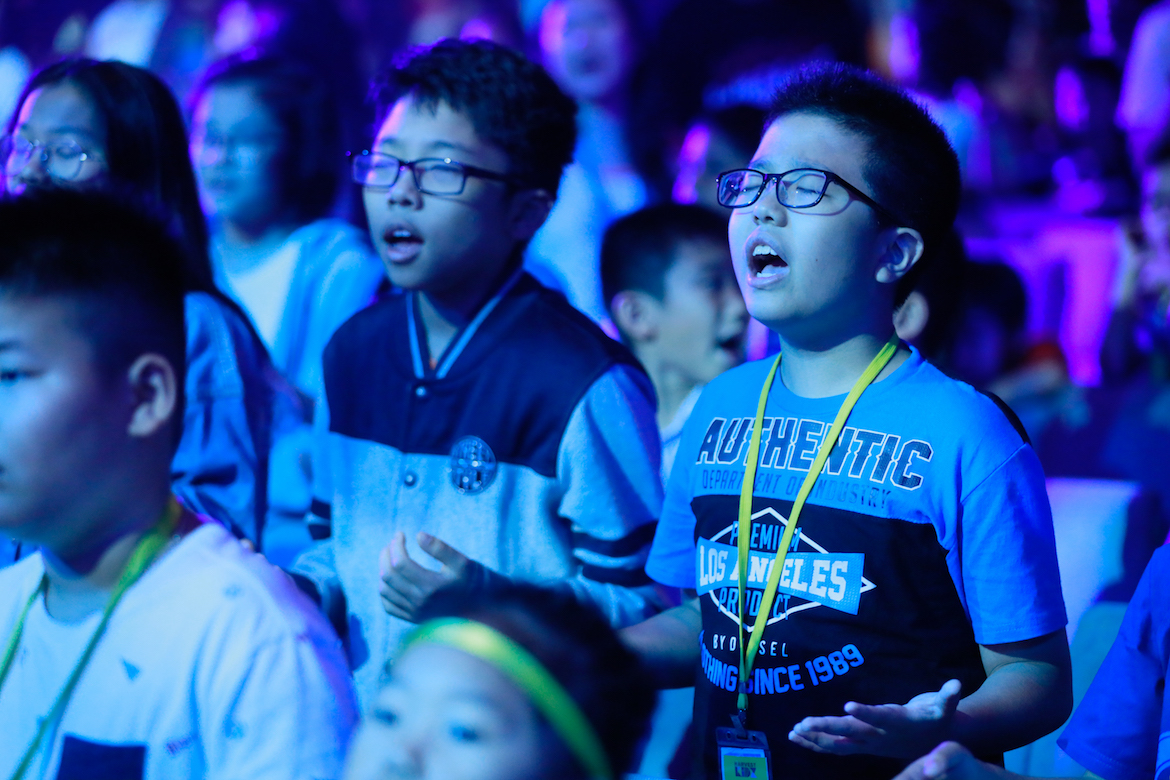