Are You Asking The Right Questions For Your Breakthrough? Aries Zulkarnain

Jesus gave His disciples the Great Commission. Are you asking the right questions that will lead you to fulfilling it? 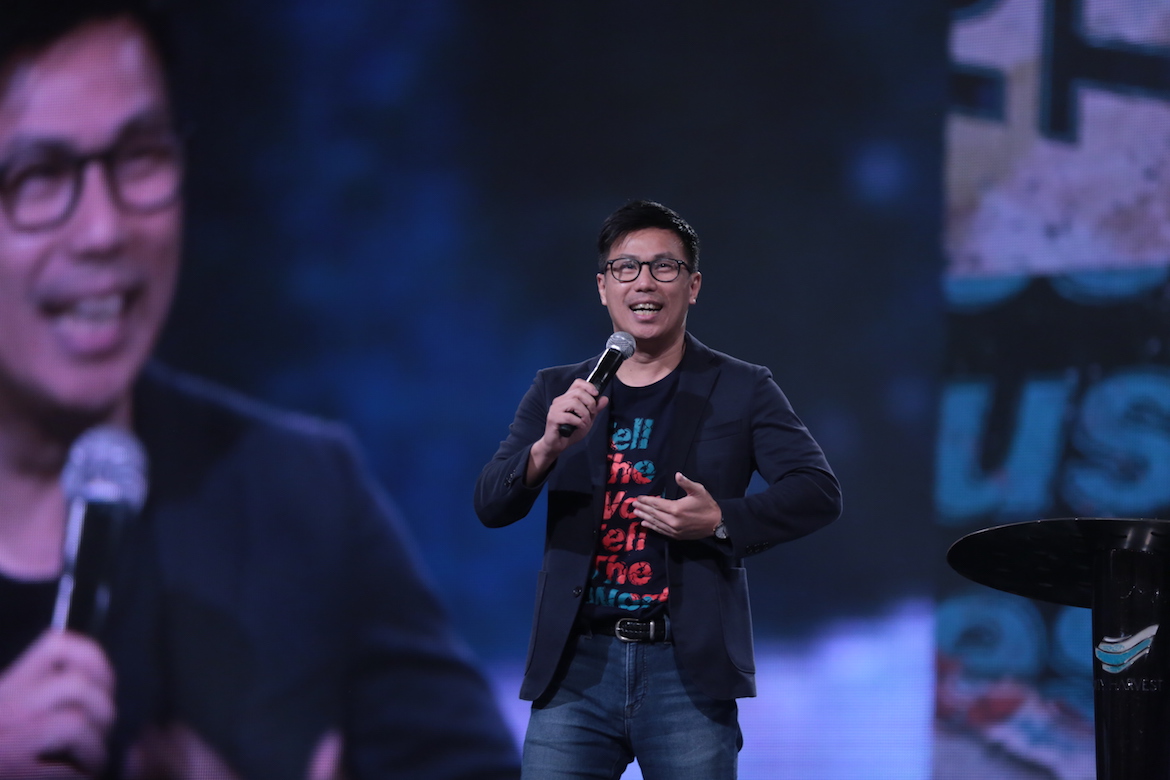 Matthew 8:5-10 tells the story of a centurion who had faith that amazed Jesus. Citing this passage, City Harvest Church’s executive pastor, Aries Zulkarnain, began his sermon on the importance of having faith in God’s Word last weekend (Apr 13 and 14).

It was the norm for Jesus to be present physically to heal the sick and meet the needs of people. But the centurion had faith that Jesus could speak a healing command from afar and his servant would be healed. Pastor Aries drew a parallel to the life of Christians today, going through life, encountering problems without Jesus by their side physically.

“Jesus is always there for us in times of need,” he assured. “In a crisis, God’s Word is not an inferior substitute for God’s presence.”

Reading Luke 7:1-5, the pastor explained that the centurion came to Jesus with a clear understanding of Jesus’ ministry. Even though he was not a believer, he had heard Jesus’ sermon and seen the miracles Jesus did. These things that he heard and saw led him to ask himself the right question: “If Jesus can do miracles, surely nothing is impossible for Him.” Therefore, he reasoned that Jesus did not need to be next to his servant to heal him.

“That led him to his miracle,” declared Pastor Aries.

THE RIGHT QUESTIONS LEAD TO YOUR MIRACLES
Pastor Aries urged the congregation to learn from the centurion by asking themselves the right questions after hearing God’s word instead of questioning God. He cautioned, “If you always end up questioning God, maybe you will miss the miracles that God has set before you. But if you start asking yourself the right questions, it will lead you to your breakthrough, to your miracle.”

Recalling his days as a new believer, Pastor Aries often wondered why was he not encountering God like his church mates. He began to ask himself, “If God is real and can touch that person, then surely I can also be touched by the presence of God?”

He began to seek God and went on a fast. He prayed every day and sought God earnestly. Finally, on the fifth day, he experienced his first intimate encounter with God and found himself sobbing in the presence of God.

“If you have the faith to see it (the miracle), then God’s power is always available to perform it,” the pastor said. Quoting Matthew 8:10, he explained that Jesus the Messiah was actually astounded by the centurion’s suggestion. He strongly encouraged the congregation to imitate the faith of the centurion by presenting God the right, mind-boggling and astounding question as a challenge for God to perform the miracles. 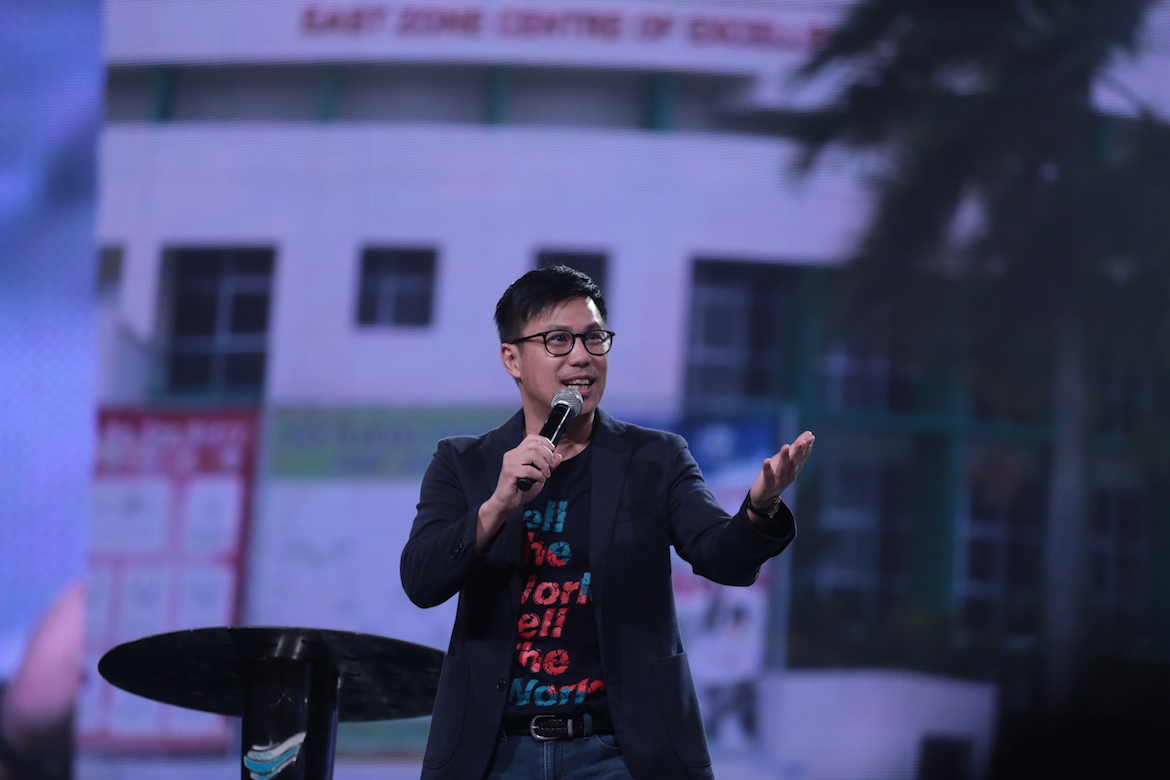 The pastor told the congregation that recently, his brother attended an alumni gathering at their alma mater, Anglican High School. He learned that between 18 and 22 percent of AHS alumni are pastors and 33 percent are full time church workers. Indeed, among the AHS alumni are CHC pastors Wu Yuzhuang, Joseph Ang and Teo Meng How. This led Pastor Aries to recall how passionate they were as students in AHS. With a simple faith to see their schoolmates saved, they would organize prayer meetings at 6.30am.

“I am not saying that what we did was the cause of the statistics that I mentioned just now. But when I heard those statistics, I felt that the Lord remind me that our faith, our prayers and our sowing seeds of revival were not in vain!”

God constantly searches for totally committed people (2 Chronicles 16:9) Pastor Aries challenged the congregation to ask God to use them in transforming their generation for Him.

Pastor Aries pointed out that great breakthroughs in society begin when companies and inventors set what author Jim Collins calls a BHAG: a big, hairy, audacious goal. The BHAG is what has driven amazing achievements such as the SpaceX launch of Falcon Heavy  last Thursday, sending communications satellite Arabsat-6A into space while successfully landing all three of its rockets, including its core. It has never been achieved before.

Jesus Himself gave His disciples a BHAG: the Great Commission. The challenge was audacious because to preach the Gospel “to the ends of the earth” involved a lot of traveling by foot and sea. Furthermore, the disciples were not educated (Acts 4:13), yet they managed to learn new languages and cultures in order to reach the people in other nations. Thomas the apostle even made his way to India and evangelize until he was martyred.

HOW TO FULFILL THE GREAT COMMISSION
Pastor Aries shared two ways to fulfil the Great Commission.

Believers ought to do things heartily for God as instructed in Colossians 3:22-24. They could begin by being faithful to share the Gospel with the people closest to them.

“The Great Commission isn’t great because it’s grand; it’s great because the One who commissioned it is great,” said Pastor Aries. “Before you want to rule over the mountain in a specific area, you must be faithful with the least!”

He advised the church members to step out of their comfort zone and reach out to their neighbors. As long as they remain faithful in what they are doing, they will rule with authority over it one day as a reward from God.

Secondly, believers need to acknowledge the Great Commission as a means for grace to spark the dying fire in their lives. “The deeper you go in God, the more you want to reach out and vice versa,” said Pastor Aries. It is a principle of the Great Commission, that it acts as a catalyst for the believer’s personal growth. 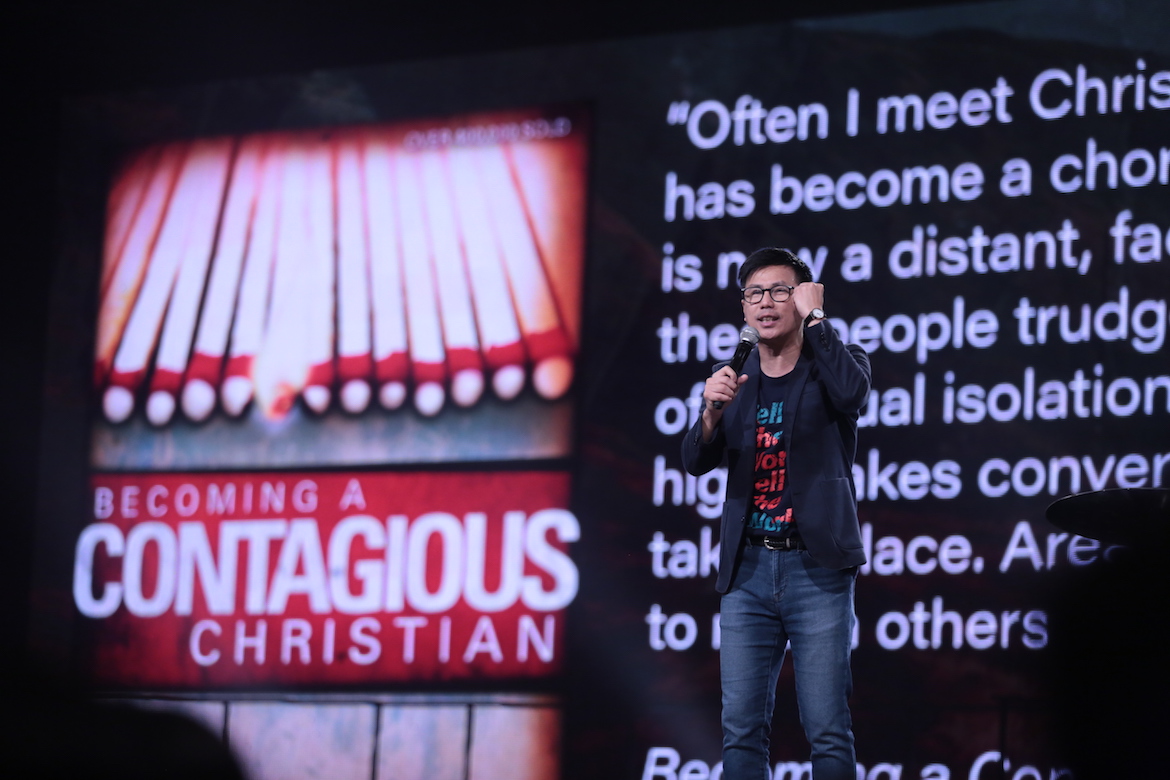 Pastor Aries shared a testimony of a leader who was leading cell groups for 15 years in the church. The cell group leader was lethargic from sharing the same message and materials with his members. But when he obeyed the Great Commission and went for mission trips to preach the same message with authority, he witnessed signs and wonders. His zeal, passion and mindset for leading his cell group were renewed when he returned.

“Same activity (inviting families and friends to evangelistic services) but we’ll do it this year with a different mindset (the mindset of the centurion)… For Easter services on next weekends, let’s step out of comfort zone and start inviting someone into the kingdom of God,” encouraged Pastor Aries.

Revivals require many days of preparation and for them to occur, the church needs to step out of comfort zone. This requires believers to overcome and transit into the learning zone before finally gaining access to the growth zone. Pastor Aries concluded that by doing so, the church members will experience personal growth in their lives as well as growth in the church. 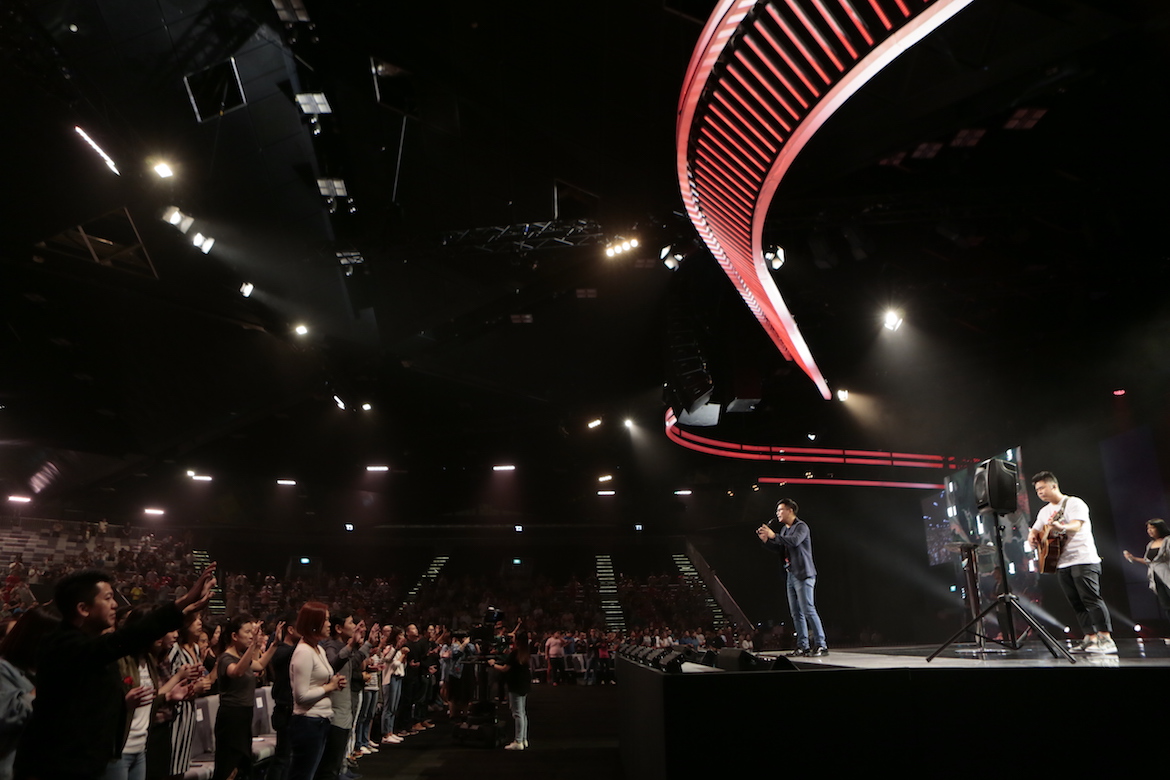 On Sunday, just as Pastor Aries Zulkarnain was about to wrap up his sermon, there was a sudden power outage that caused the screen and sound system to stop functioning. Almost without breaking momentum, Pastor Aries continued preaching his closing point. It was a very special moment as the congregation fell totally silent, allowing his voice to travel clearly around the auditorium. Within two minutes, the sound crew had put up portable speakers. All anyone could hear was Pastor Aries speaking and guitarist/worship leader Amos Ang accompanying him on acoustic guitar. The presence of God fell like a blanket upon the room, and the congregation responded with passionate worship—no one moving, no one talking; all reaching out to God with one heart and one voice.