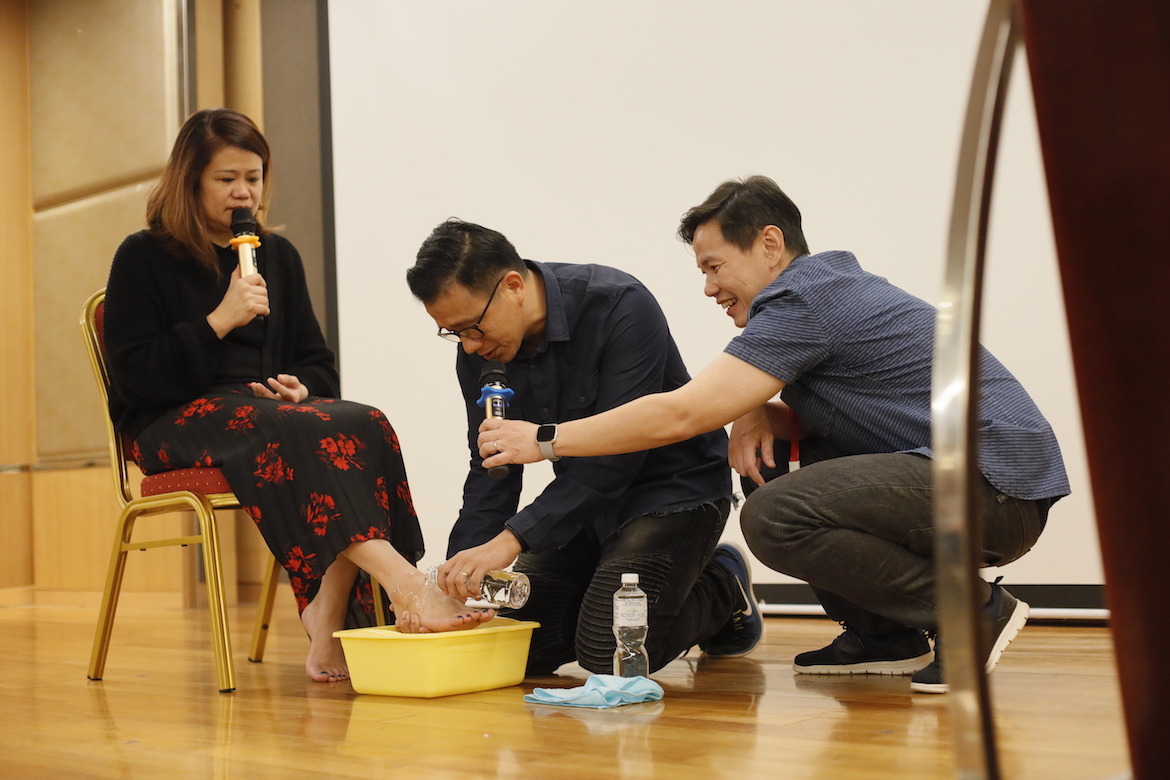 No matter the state of our marriage—whether it is a desert or a well-watered garden—every marriage can do with some tending. And it is never too late to start working on your “garden”.

City Harvest Church held its inaugural marriage retreat, over the weekend of 17-19 Mar 2019 in Johor Bahru, Malaysia. The retreat ran from Sunday through Tuesday, but despite the fact it was the start of the school holidays and a struggle for those who are parents, the couples chose to prioritize this.

“The purpose of the Faith, Hope, Love Marriage retreat is to enrich and to rekindle marriages,” said Pastor Jeremy Choy, the head of CityFamilies, the arm of the church that looks after family matters.“This is done through God ministering and healing individuals, and together, husband and wife find healing in their marriage.”

The pastor explained the impetus for such an event came from the Whole Life Inventory exercise that the church held in 2016. This was a churchwide in-depth survey on the state of the church members over many aspects of their lives.

“The national median age of a marriage that undergoes divorce is 10.5 years; most of the couples in CHC have been married between five and nine years,” he juxtaposed. “In CHC’s English congregation, there are about 3,500 people who fall into this group.” He added that in the survey, 42 percent of respondents indicated some dissatisfaction, distress or issues in their marriages, and 28 percent admitted they had thought of divorce at some point.

So it was that in 2017, Pastor Jeremy and the Family Committee, which comprises other pastors, staff and volunteers, got together to strategize what to do for the couples in the church. In 2018, they held a first retreat for marriage mentors—24 couples that had been identified as strong leaders who could help other couples work through difficulties in their marriages. Together they formed and tested the curriculum, before launching the Faith, Hope and Love retreat. “The key verse for the retreat was 1 Corinthians 13:13 – ‘And now abide faith, hope, love, these three; but the greatest of these is love’,” said Pastor Jeremy. “Our goal is that they will continue to trust and rely on God in their marriage, and that their marriage will be enriched. That they hope in their spouses—some live with the lie that their spouses cannot change, but there is hope in God. That they can learn to love their spouses and children more extravagantly.”

The committee was fully aware that only so much could be planned—the success of the retreat depending wholly whether God moved or not. “We prayed that that the couples would hear from God individually, and be healed in their individual lives; then the healing would come into their marriage. Because when they are healed, their marriage can be revived and intimacy can be brought back.”

FROM INNER HEALING TO INTIMACY
Pastor Jeremy kicked off the retreat with a foundational teaching on marriage. He taught that God’s plan for marriage is to make each spouse more Christlike, not “happier”. Ownership of a marriage requires both spouses to recognize and treat their own self-centredness as the fundamental problem. The session ended with a “father’s and mother’s blessing” ministry time, where the pastors stood in proxy and spoke as parents to each man and woman, helping them to release bitterness and baggage, and then blessing them.

Pastor Edmund Tay and his wife Jiahui taught a session on “Friendship And Fun In Marriage”. Many couples, once they become parents, fall into the trap of administrating the life out of their marriage—their conversations consist purely of children, finances and other administrative topics. But the fundamental reason why every couple becomes a couple is primarily because they are friends first. And in every friendship, there is always the element of fun, such as doing activities together that both enjoy. Pastor Edmund taught that having fun together maintains harmony in the marriage, enhances the relationship and aids in communication—it also keeps the romance going. As much as relationships are intentional, so is the time spent together. When it is spent having fun, it creates wonderful memories and the relationship is further strengthened. 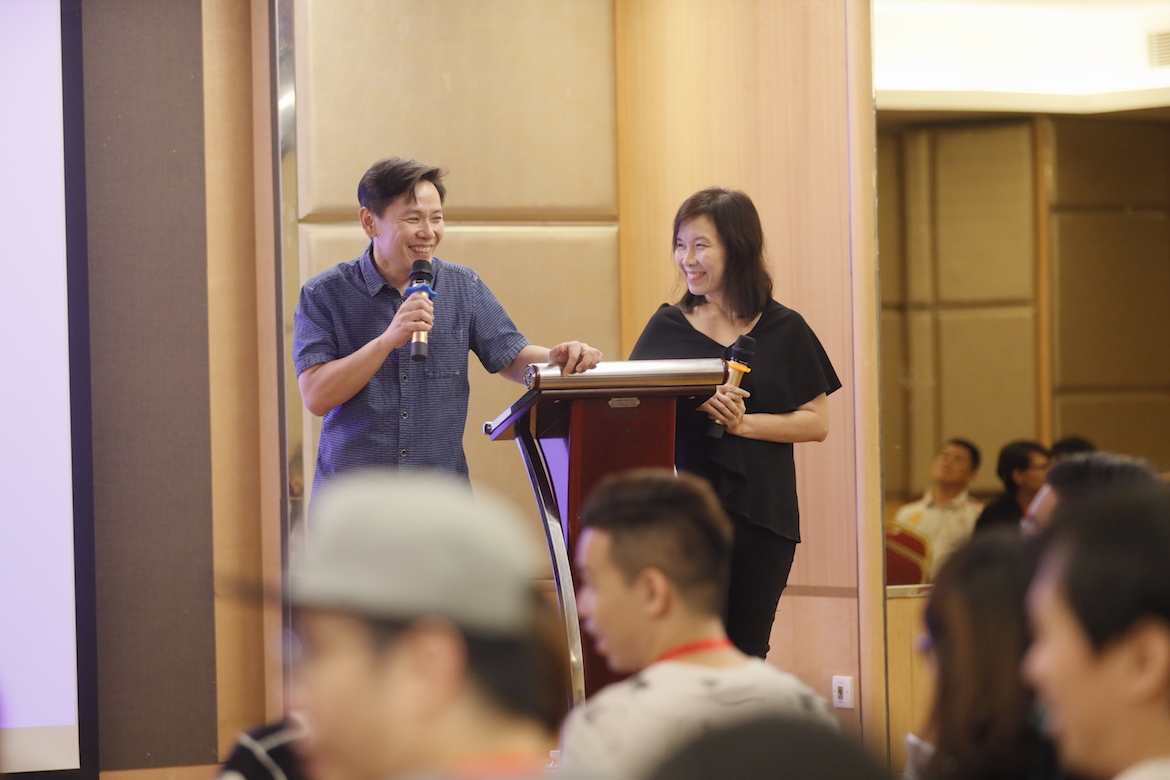 The session that touched everyone the most deeply was “Communication And Conflict Resolution”. Pastor Eileen Toh, head of CHC’s children’s ministry Harvest Kidz and zone supervisor Johann Sim. The couple shared anecdotes on managing expectations and a fight strategy that they adopted as husband and wife. The session ended with the husbands in the room washing their wives’ feet. Tears came to my eyes watching Johann lead the way by washing Pastor Eileen’s feet, asking her to forgive him for all that he hadn’t done, before praying for her and blessing her. It was a very moving sight to see all the husbands doing likewise, kneeling before their wives, washing their feet and praying a blessing over them. Couples were tearful during this intimate and meaningful encounter—for many, it was a first in their marriage.

Pastor Lin Junxian spoke on sex in marriage, with a message aptly titled “Good, Gross Or God?” He shared that there are five different types of intimacy and only when we keep all five functioning can we have marriages that feel connected. He encouraged couples to embark on the cycle of connectedness, which is to turn inwards by lovingly put each other’s needs before their own. His wife Dawn shared candidly about the intimacy built when husband and wife can give and receive during sex. The session ended with the couples reciting a “sacredness of sex” pledge.

The Family Committee very thoughtfully capped that evening with a candlelight dinner, complete with entertainment from CityRadio’s Bernard Loh, who came specially for the night. There was fun, laughter, great food, and most importantly, the perfect ambience for romance. 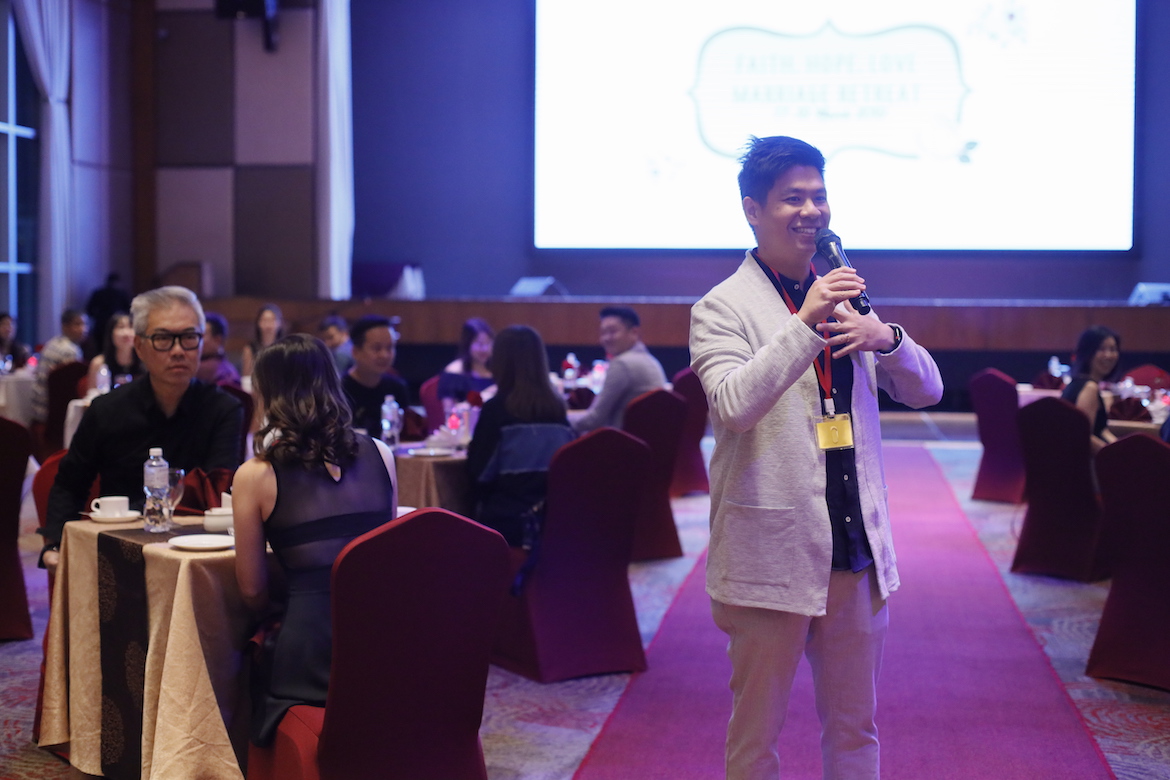 The final session of the retreat was also very impactful for me because Pastor Lynn Tan spoke on marriage and parenting. A marriage goes through a huge adjustment when children come into the picture. The transition from “just the two of us” to three and more can be a period of great transformation—and stress. Roles and expectations are changed, and with those, the dynamics of a marriage. Priorities shift, and in many cases, the marriage is relegated to last place. However, Pastor Lynn shared that this doesn’t have to be the case. Couples have to make a concerted effort to find that loving feeling again, to focus on each other, and more importantly, to be spouse-centred and not child-centred—“Don’t let your kids be the ‘third party’ in your marriage.”

Therefore, she said, it helps to create relationship rituals which can include daily routines that you do together with your spouse and that weekly date night without the children. Create rituals of shared experiences together.

The session closed with a prayer for a holy marriage, and the husbands and wives returned to their seats to find prophetic cards on their seats that had been prepared for each of them by the administrative team.

A TIME OF REFRESHING AND RETURN
The retreat was no doubt a hugely successful one for all involved. One couple that had been considering divorce found their breakthrough. There was deep healing during the ministry sessions, and many were touched by the generational blessings that were spoken over them.

For me, I learned that it is never too late to start tending to your “garden” of marriage. The grass is always greener where you water it and when both husband and wife put in dedicated and concerted effort, the garden will bloom once more.

The retreat solidified my relationship with my husband. More importantly, it has helped us to realize the priorities we need to set right.

Another participant, Dennis, who has been married for more than 10 years and has three children, said, “My wife and I are very happy to have attended the marriage retreat. It was not only a time of reflection and of renewing our marriage vows but remembering God’s faithfulness and provisions in our lives. The pastors were wonderful, and their personal sharings of their own experiences were very touching and applicable to our lives. The first and last segments spoke to me a lot. The first was a revelation to me as Pastor [Jeremy] shared about the purpose of marriage. It was something we took for granted all along and had not realized it was part of God’s divine plan to make us more like Him. We highly encourage all married couples, regardless of how many years they have been married, to attend this marriage retreat!”

I felt that the last segment where Pastor Lynn spoke about children as the ‘third party’ in a marriage was very real to us. It taught me to be mindful that I need to make a conscientious and deliberate effort to attend to my husband’s needs, and to always to remember our primary responsibility is to each other. 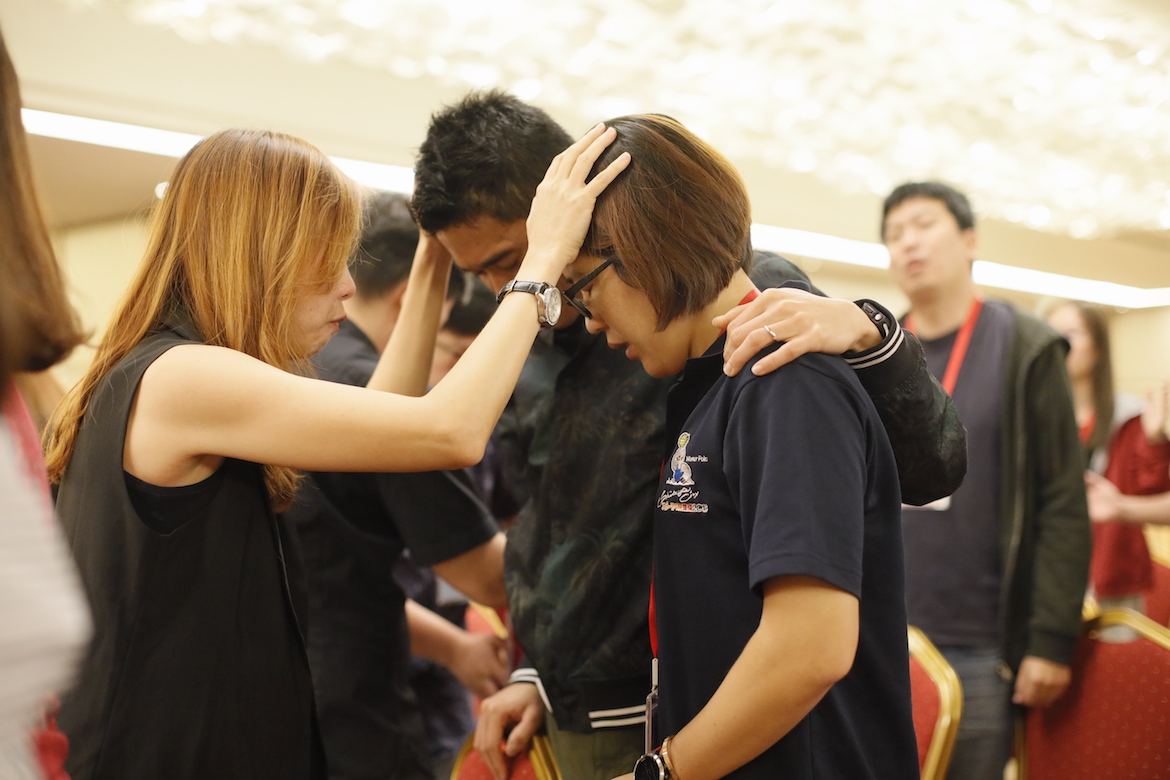 It was also refreshing to be away from the children and just to focus on each other. The times of ministry especially gave us a time to confront the parts of our lives that needed to be addressed and for healing to come through.

Angelina has three loves: she is a lover of God, a lover to Ben, her husband of 20 years, and a mom to three beautiful God-given children Kimberly, Tiffany and Josiah. Angie is a City Harvest cell group leader and, in the little spare time she has, she enjoys documentaries on Netflix (when she can wrest control of the remote control).