“Crisis Is Always A Test Of Faith”

Teo Meng How, who was very recently ordained as a pastor at City Harvest Church, has gone through deep valleys in his journey serving God for the last 19 years. He tells City News what it has all done for and in him. 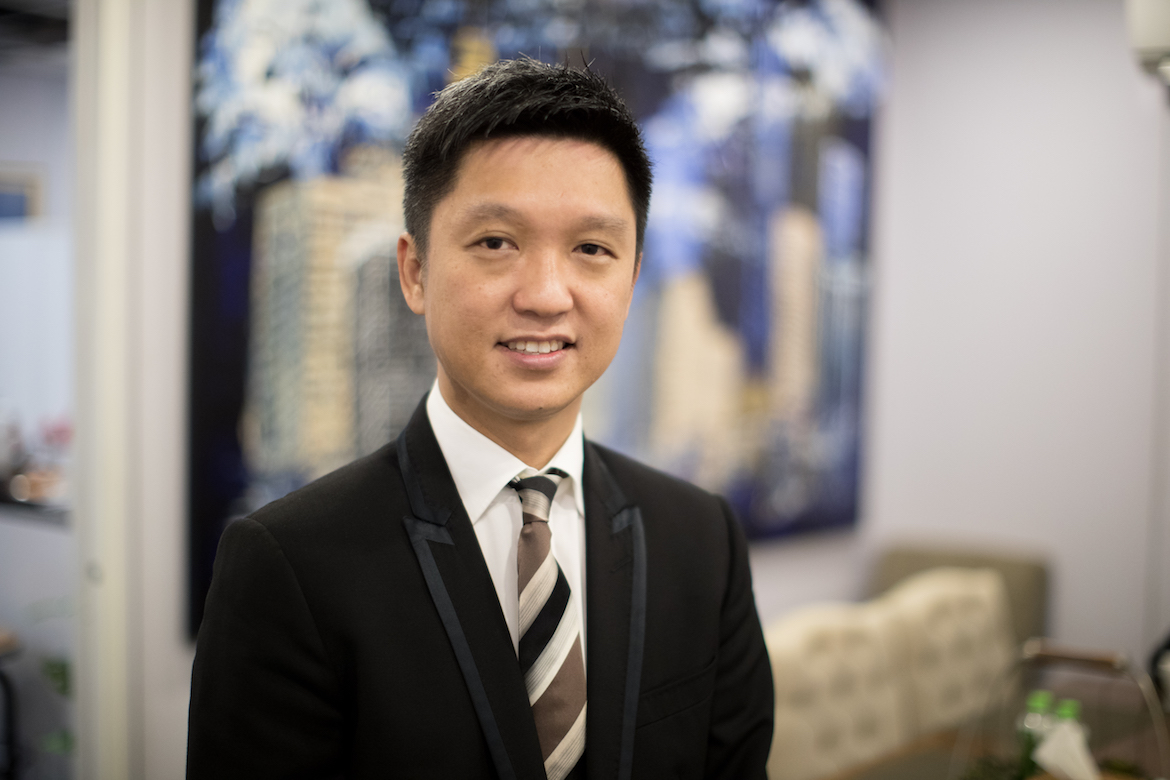 He has been a pastoral supervisor, a personal assistant to the senior pastor, and an administration director of the City Harvest Church office. Now, he is a licensed pastor who travels to minister in churches across Asia.

On the weekend of Nov 17 and 18, Teo Meng How was ordained as a pastor at CHC. The business owner of a cafe and a car rental company, Pastor Meng How is also an itinerant pastor who preaches in cities across the world.

“I joined the City Harvest Church staff as a pastoral supervisor in 1999,” he recalls. “Then, in 2005, Sun (Ho, executive pastor of CHC) asked me to be Pastor Kong’s (CHC’s senior pastor) personal assistant.”

This change of roles eventually led him to become the person in charge of the CHC’s office administration.

But in June 2012, everything changed. An investigation into the church that began in 2010 grew into a trial. Six of CHC’s leaders were charged and a number of staff suspended from having any executive function in the church. Pastor Meng How was one of them.

“The six months following that June was quite a journey,” he remembers. “I went from being in charge of a lot of things to having nothing to do. It took me six months to realize that this was a permanent situation.”

When one door closed, God opened another for him. “God told me that my calling is not just working in the church but to be a minister of God,” he says. That was how Meng How started on his brand new journey, travelling to different cities, like Bandung in Indonesia, to teach in CHC’s Bible School there.

“That was in March 2013,” he adds. “Because of that, doors started to open. People started to hear that I was travelling to preach, and I started getting invitations to preach in different countries.”

His preaching has taken him around South-east Asia, Japan, Korea, Australia, New Zealand, the Netherlands and the United States. “All in, 15 countries in the last four years,” he muses. “And it all started with just being a ‘minister of God’.”

A good part of the last decade has been challenging financially, Pastor Meng How admits, but God always provided. “It was all really a step of faith,” he says. “I get no salary, but thankfully, God has provided. The journey becomes more enjoyable as I go along.”

Two years into his life as a traveling minister, God spoke to Pastor Meng How again.

“I was helping people outside of our church. God spoke to me again saying that I should not just be helping people outside,” he explains. “The Great Commission is to go from Jerusalem to Judea, then Samaria, then to the ends of the world. But it seems like I started from Judea and Samaria and rest of the world, and God reminded me to come back to Jerusalem to help the people. That’s when I decided to oversee a [pastoral] zone in church.” Churchgoers at CHC are grouped into zones and districts, with cell group leaders and zone leaders overseeing their spiritual development.

In 2015, half a year into his heading a zone, the CHC Management Board decided, with clearance, to give Pastor Meng How a stipend for the ministry work he was doing. In that same year, he started a business selling and renting cars. In the following year, Meng How started 2Six Café at Katong Square.

Now that he is a licensed minister,  Pastor Meng How will be aiding in the mission works of CHC. “I will be helping the missions department as part of the team led by Pastor Bobby (Chaw),” he explains. “The main focus for me is to help the affiliate churches.” 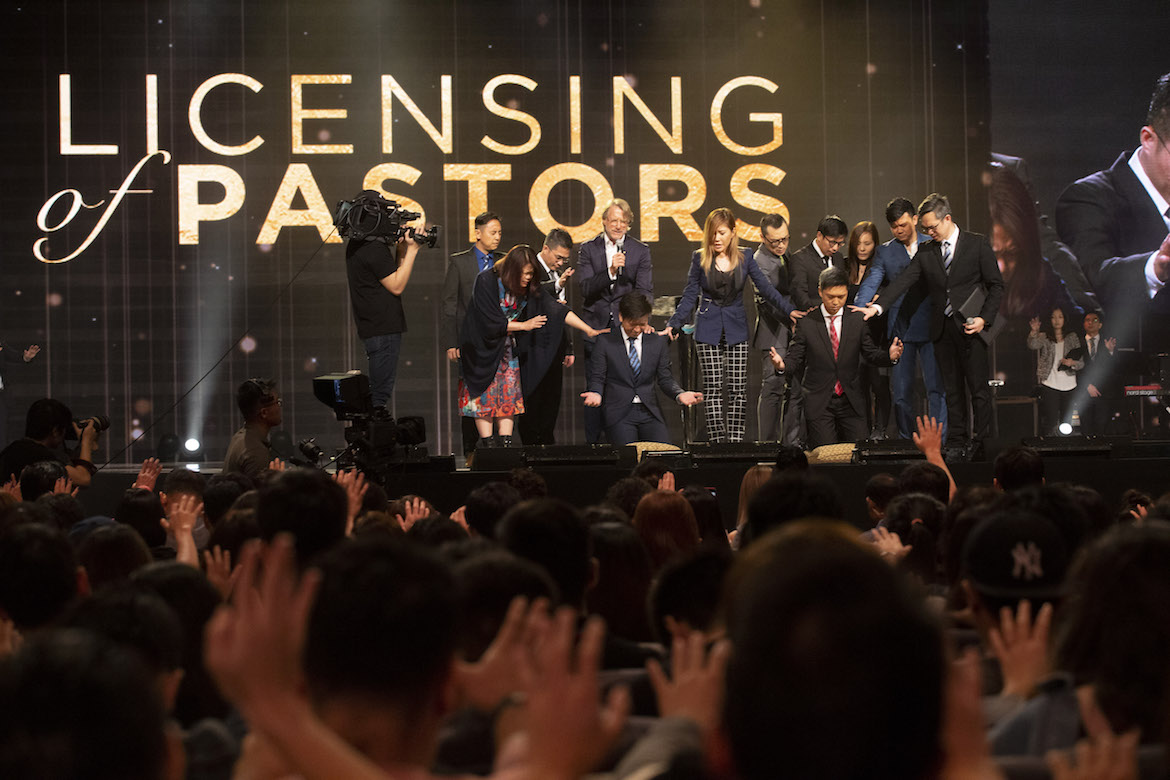 CRISIS IS A TEST OF FAITH

On hindsight, God had a plan for Pastor Meng How. But as he was going through the difficult journey of the last six years, having his livelihood taken from him, he says, it was a test of his faith.

He says, “It’s similar to how many people come to a crossroads in their life. For me, it was the suspension, that was my journey.”

“Crisis will always be a test of your faith in God. I think when things are going well—you’re attending church, your job is secure, your family is happy—it’s so easy to believe in God. But when you’re faced with a crisis, that’s the real test. Do you really believe the words you have heard in church the last 20 years? They are no longer theoretical, they have to be applied to your life.”

He attributes his tenacity to being grounded in the teachings of the church. “They give me a very strong foundation to keep believing that God will take care of me,” he says. “I think one important Word He gave to me [at that time] was that I should still be a minister, whether I’m paid or not, whether I was working in church or not. That was the main thing that brought me out of my six-month standstill in 2012.”

One lesson Meng How has learned is to be more reliant on God than on earthly resources. “When I was working in church, everything moved very fast but it was easy because of the resources. But now, I have zero staff, minimal resources and I need to think about the most effective way to help the people. I realized that things can be done even when there are no resources. People can still be helped. It might take me longer, but it still can be done,” he says.

“Another thing that has changed is that, I’m very willing to answer very difficult questions,” he says with a grin. “I think the last six years, I was really digging deep with God. Before 2012, there was a momentum: everybody was serving God; I looked around me, all the full-time staff were all so dedicated, they worked extra hard, so it was easy. But when you don’t have such people around you, then you have to really think about whether you should still work as hard, or if you should even still serve God.”

Pastor Meng How describes his old self as a “pastoral supervisor who tried very hard to do the right thing”. But he has since learned to focus on what his members really need.

“My leadership style now is very different from 15 years ago,” he shares. “I’m very close to my leaders now. I spend a lot of time with them, helping each of them to be a leader.”

Pastor Meng How endured the past six years, not alone, but with his wife—and it taught him some important things about her.

“My wife is a fantastic lady,” he declares. “When we got married, I was already working full time, spending a lot of time in the ministry and she was very understanding. She supported my dreams, my visions, what I was doing for God.

“When the CHC case happened, we still possessed the same beliefs but now we had to live them out, which was challenging, especially in the first two years after the suspension, when I had zero income. The trial revealed what my wife truly believes: she believes in the vision God has given me, she believes in the ministry I’m in. And now she has lived those beliefs out. She always says to me, ‘If God says this, let’s do it’.”