Is It Enough To Have Faith In Miracles?

Having faith for miracles is important. But having faith to persevere when no miracle is in sight is equally important. Pastor Aries Zulkarnain preached on achieving the right balance of faith. 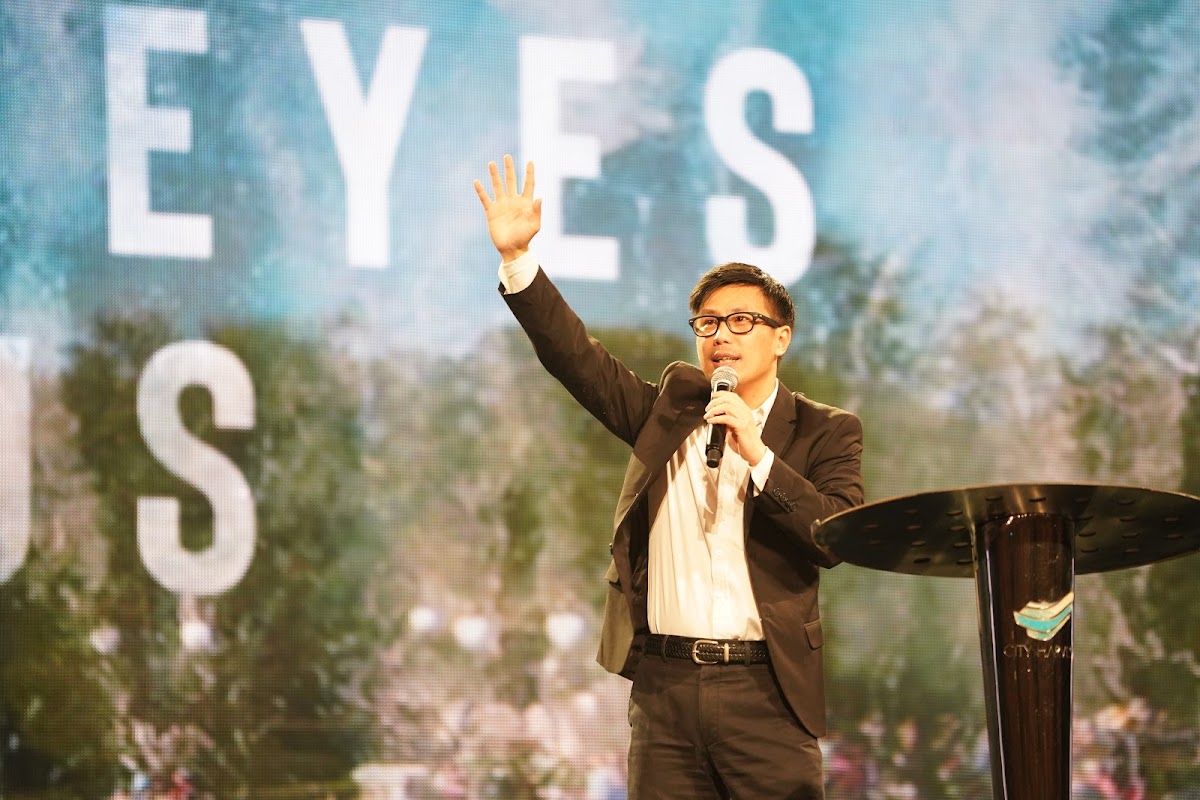 Teaching out of Mark 6:45-62 and Matthew 14:22-23—both passages tell the story of Jesus walking on water—Pastor Aries Zulkarnain delivered a valuable lesson on the importance of a balanced faith. He was preaching at City Harvest Church on the weekend of Nov 3 and 4.

Jesus’ disciples were travelling in a boat across the sea when a storm hit. They had struggled in the storm for nine hours before Jesus showed up.

Pastor Aries asserted that the nine-hour delay in Jesuss appearance was significant: the number 9 signifies God’s perfect move. “There is always a purpose in the delays of life,” said the pastor.

In Mark 6:48, Jesus appeared to be walking on water past the disciples in their boat. Pastor Aries pointed out that Jesus did not rush there to help them—he appeared to be walking past them, showing them he was near them, to encourage them. This miracle, said the pastor, was to show the disciples that He was watching over them even in the midst of the storm—though he did not get them out of the storm.

“God will reveal sufficient details of His purpose to us,” said the pastor, “but never enough specifics to get us there comfortably. Jesus wants us to have faith in Him.”

FAITH FOR DELIVERANCE AND PERSEVERANCE 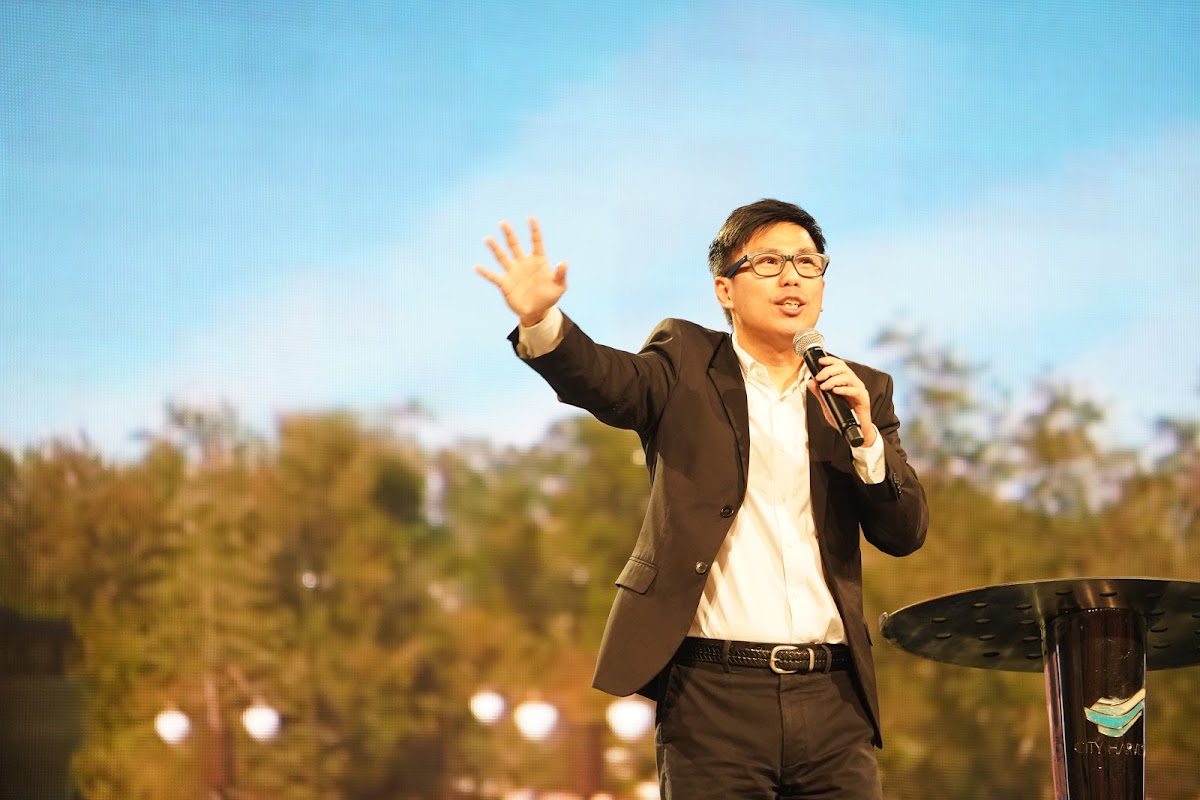 “What can we learn from going through the storms of life?” asked Pastor Aries. “We can learn that our faith to step out of the boat must match our faith to stay in the storm. We need to have faith for both deliverance and perseverance.” It takes as much faith to keep going even though no breakthrough is in sight, as it does to believe for a divine miracle.

He elaborated by sharing a testimony of a heart surgeon from Indonesia. The man had challenged God, saying that unless he witnessed a miracle with his own eyes, he could not accept Christ. God showed him twomiracles of divine healing and, true to his promise, he gave his heart to Jesus. But this new believer was still a doctor—he needed to match his faith for medical healing to his faith for miraculous healing.

“God wants us to have a balanced point of view,” urged Pastor Aries. “God can heal us through medicine and God can heal through miraculous intervention.”

Pastor Aries next drew on the example of Shadrach, Meshach and Abed-Nego, the three young slaves in Daniel 3:16-18, 20-21 who refused to bow down to the image of King Nebuchadnezzar and were ordered to be put to death. They replied the king that they believed in God to deliver them from the burning fiery furnace but, even if God did not, they would serve no other gods.

“And then, they were thrown into the fire!” said the pastor. “Isn’t it funny why God didn’t just supernaturally intervene and save them after such a glorious speech? This shows us that we must have a balanced point of view regarding faith. After they entered the fire, God came through for them. In the fire, in the midst of the storm, God can come through for us in the midst of our perseverance too.”

DOING THE IMPOSSIBLE FOR GOD…WITH GOD

As humans, we tend to react like Peter when we are in the midst of a storm, Pastor Aries pointed out. Our first reaction is to want God to rescue us from the situation, to deliver us supernaturally. In Matthew 14:29, Peter showed faith in the midst of fear and asked Jesus boldly to do the impossible. And Jesus called Peter to walk on water.

“God is perfectly fine with us wanting to do the impossible, just like Peter, to believe in his supernatural deliverance too,” said the preacher. “Stepping out in faith is great as long as we keep our eyes on Jesus.”

He brought the topic closer to home with a Disneyland analogy. Parents who bring their kids to a theme park worry about losing their kids if they run too far off and disappear from sight. This leads parents to nag their children to stay close, which causes the kids to feel restricted and unable to enjoy themselves fully.

In Deuteronomy 8:11-14, 17-18, God shows that He has no problem with believers having wealth or being successful in life. All He asks is that we do not lose sight of Him, our God.

Pastor Aries invoked curiosity with a question, “So, when did the storm in the Books of Matthew and Mark end?”

“The storm ceased when Jesus went into the boat,” he said. “We think that miracles are the thing that get us out of crises. But it’s only when you invite Jesus into your crisis, then He will be the one who will bring you out of them.”

He closed his message by encouraging the congregation to pray a different prayer to invite God into their personal crisis, to guide them out of their situation. 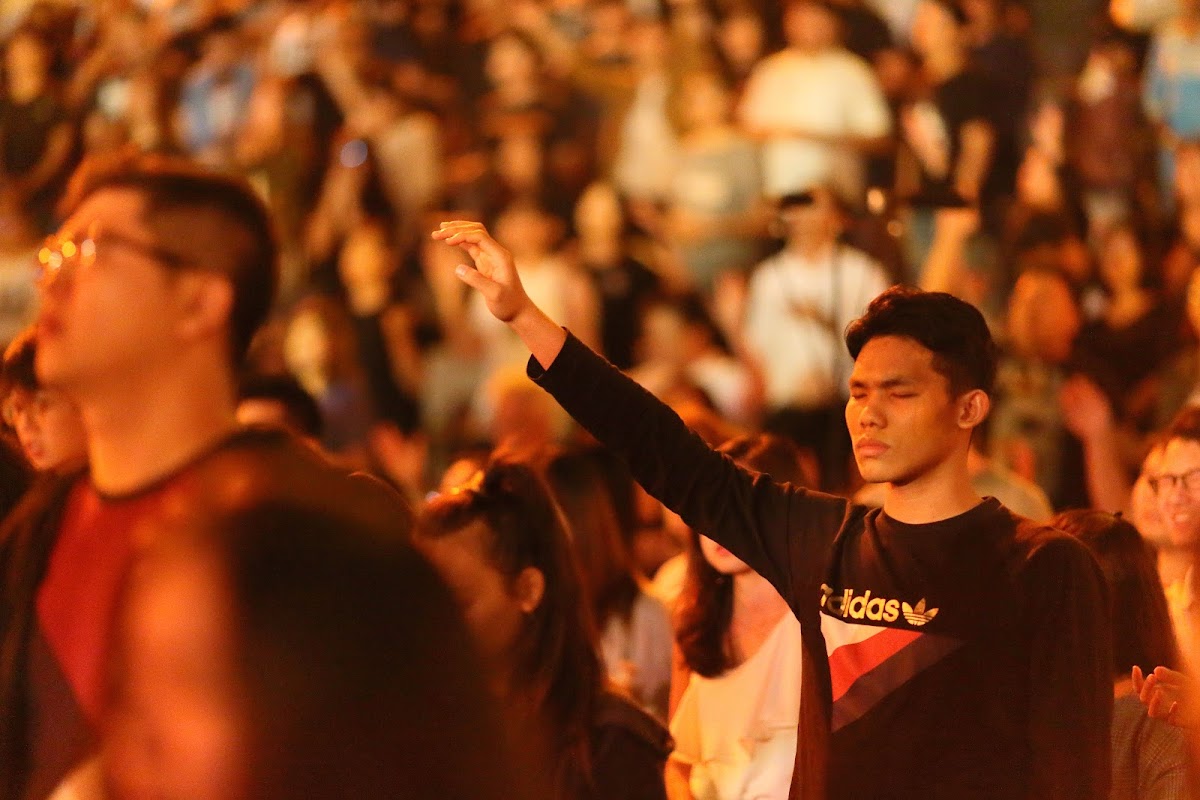