To Everything There Is A Season: City News Turns 10

It began as a website to keep the whole City Harvest family up to date with church-wide news and to train young writers in the art of communicating good news. The last decade, God has used City News in ways it never imagined. Its senior editor looks back. 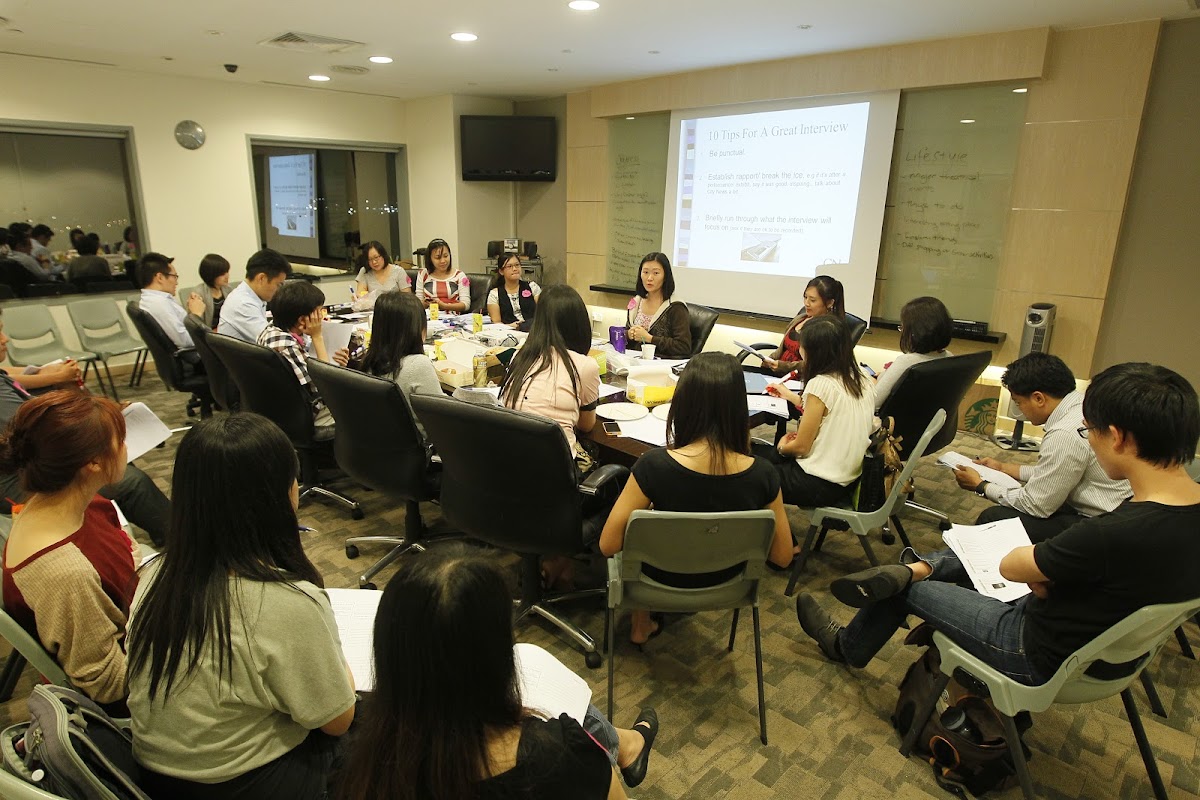 A training session with volunteers circa 2010

The second reason for its existence was to become a ministry to young people who had a passion for journalism and writing. 2008 was an exciting time: the iPhone had just been launched the year before, there was no YouTube, no Instagram, and Facebook wasn’t the giant it is today. There was just the mighty website.

For me, personally, City News was the opportunity I had been praying for: to work in church in a capacity that God had gifted me for, to teach and minister to future generations of writers, and to encourage City Harvesters and our friends with news of all the wonderful things God had done and continued to do in our midst. The bonus was that I would be working on digital media, instead of traditional media which I had been part of for nearly two decades. It was new and exciting.

Our first volunteer team was made up of young, enthusiastic girls and boys who had to sit for tests and training, before being sent out to cover church events and interview church members. What they lacked in skill, they more than made up for in tenacity and creativity. Today, a number of them have joined mainstream media companies and social media companies. I would like to think City News played a part in training them and affording them the opportunity to practice their writing and hone their news sense. 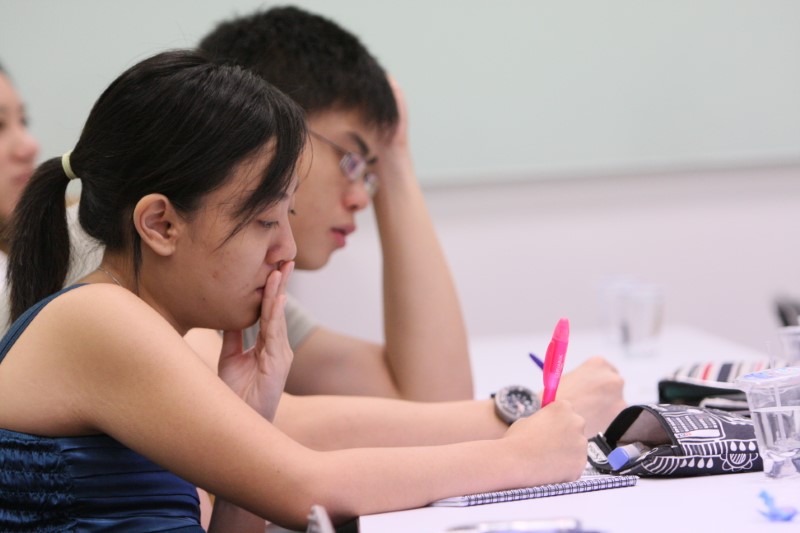 Two from our first batch of volunteer writers

We had great support from fellow departments in church, especially CityTV, which helped us to shoot a video segment weekly called Out Of The Box. OOTB was a roundup of the week’s best stories. I’m proud that the young people from OOTB have also gone on to great things, like working in New York and starring in advertisements.

City News lived up to its purpose when CHC decided to hold its first Asia Conference in 2008. We set up a makeshift newsroom, with writers coming in and filing their stories and onsite editors putting finishing touches before uploading daily updates on conference happenings. We also had opportunities to cover some sessions at secular events like APEC 2009 and the Youth Olympic Games in 2010.

We started printing a weekly version of City News in 2009, while upkeeping the website. It came in useful when Asia Conference 2010 happened: City News provided delegates with a daily newspaper that covered the highlights of the day before. 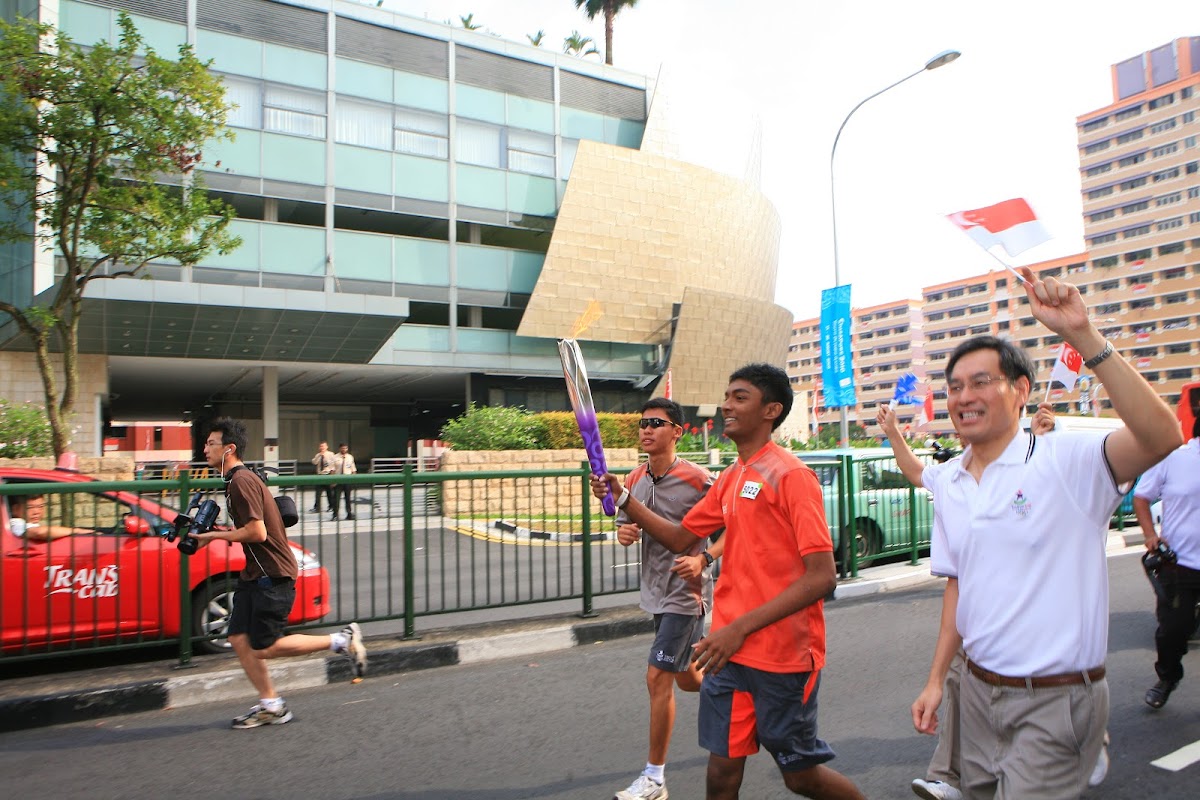 FOR SUCH A TIME AS THIS

The day after Asia Conference 2010 ended, the world that we knew at CHC was thrown into complete disarray. The investigations into our church leaders began, and CHC entered a dark, difficult phase in its journey that nobody could have foreseen.

City News was up to that point just another initiative of the church. But when court proceedings began in 2013, we found ourselves in a peculiar yet apt position to chronicle the trial, day by day—in fact, 142 days, by the time it all ended in 2016.

It was an unpleasant job, but we believed, a necessary one. The City Harvest family is big and spread out—we have affiliates and School of Theology graduates the world over, friends in ministries globally, members who live in different countries. Secular media had its role to play, but so did we. City News’ tagline, “News from a Christian perspective” probably rang truest during those four long years—we provided reports of the trial as seen through the eyes of City Harvesters. It really wasn’t easy—every line had to be checked by a legal team.

Most importantly, in all this, City News had to do its part to remind CHC that when we could not see God’s hand, we had to trust His heart.

It was a big learning experience for me, personally, and for the team. After all is said and done, I am satisfied that we were there for such a time as the trial, and when God said “Go”, we went.

It is now 2018. As CHC has been faithfully, relentlessly moving forward, following God’s lead, entering into a new phase and place—seeking more of God, contending for the Holy Spirit, building a Kingdom culture in our church—it is also fitting that City News evolve to move alongside and support all that God is doing in our church.

We have changed our logo: the colorful “C” reflects all the creativity and color that our writers bring to the stories, and the solid black “N” represents that we are still “news”—steady and dependable, and in fashion any season.

Our new tagline is “Stories Worth Telling”—we are no longer just “news from a Christian perspective”, we will always be that. But now we focus on the value of stories that we put out.

You’re looking at our new website—courtesy of our hardworking web team and graphic design team—which reflects the focus we are putting on our reader and what interests you. 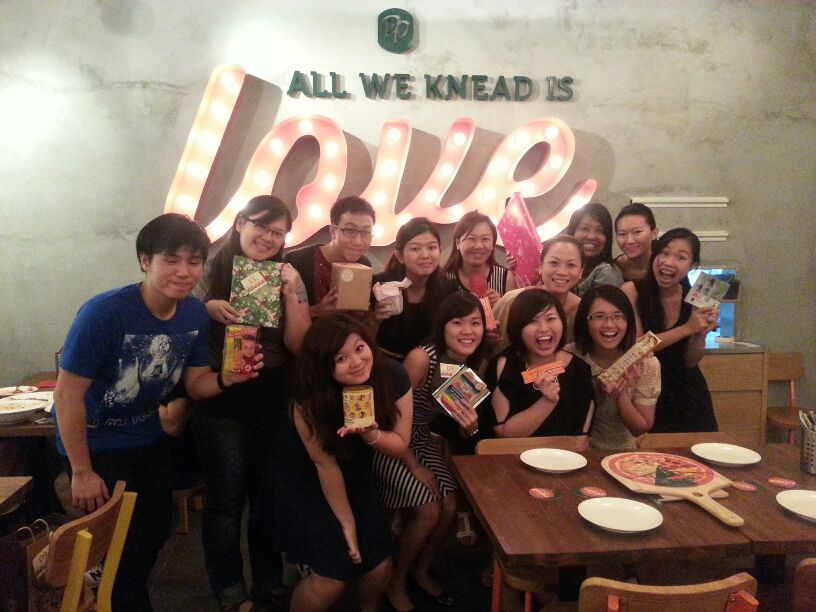 Fellowship over pizza: the City News team and volunteers

We have also changed our language. While we started off as a very traditional news website, as CHC is now in a phase in which relationships are central to all we do, we now reflect the language we use in church: Pastor Aries on stage is “Pastor Aries” in City News. (I’m sure Pastor Aries will be happy to no longer be referred to as “Zulkarnain” only.)

City News has always been about the people, but now that we have reached 10 years, we want to go deeper. We want to run the stories that are really worth telling—not that the big dazzling conference and celebrity interviews are not. But we consciously seek out stories that move the reader closer towards God and the things of God, activities that our members do that glorify Him, our members in the marketplace who are living out the Word.

The past two years, City News collaborated with the Emerge committee, Graphics department and the Photography department to help our youth write and design their very own newspaper, City News Weekly: Emerge Edition. It was a great experience for me, bringing me back to our days in the beginning when a group of young polytechnic, junior college and university students learned the basics of news reporting and went out and boldly created content for their church to read. 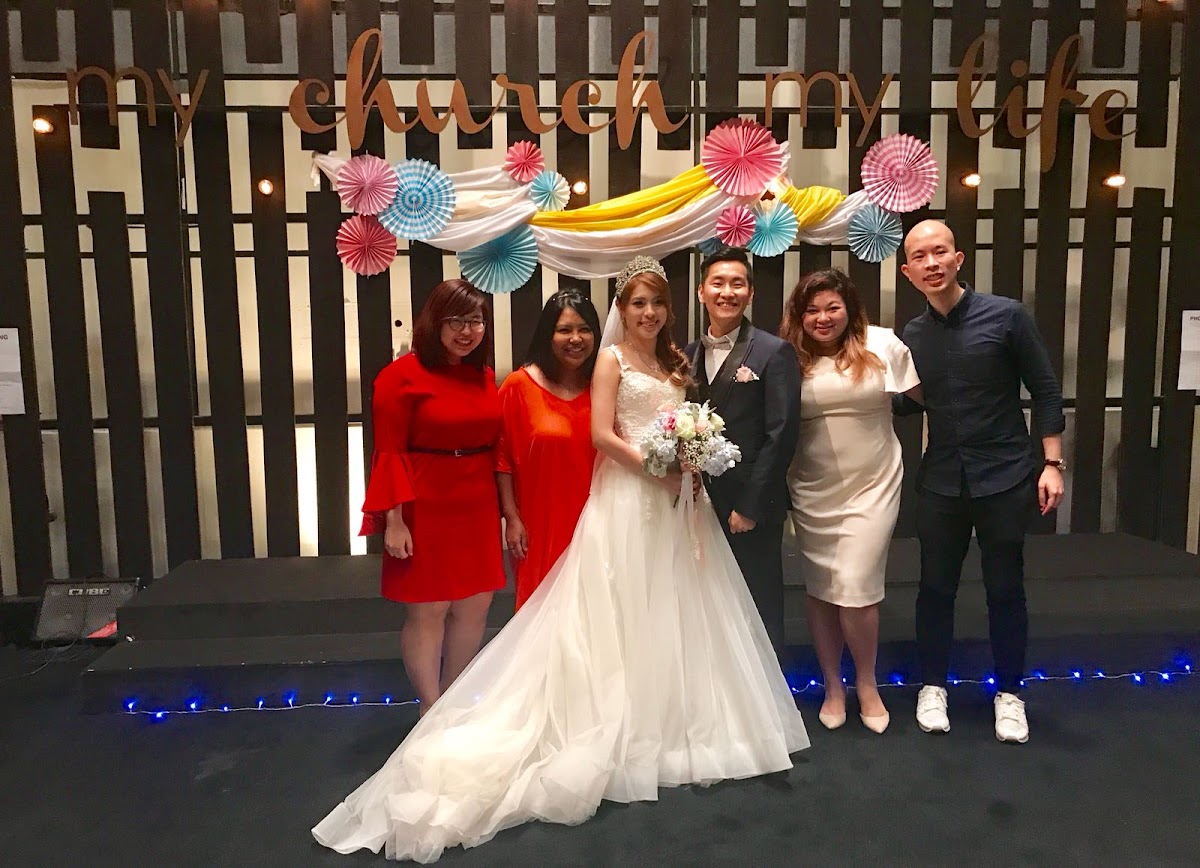 I pray that as we continue on this journey the Lord has put us on that more young writers who are passionate for God and His Word will be raised up. City News writers have a mission: to bring good news, to tell the stories worth telling. Stories that are true, noble, right, pure, lovely; stories of good report.

My deepest gratitude to the executive pastors Sun, Pastor Aries and Pastor Bobby for always encouraging us and for raising up a church that is full of good reports. I want to remember and thank the early team—Wenling, Serina, Glyn, Sharon, Meng How—for all that they did to make City News and City News Weekly successful. Thanks to the wonderful editorial assistants I miss so much: Shilin, Yunrui and Jody, and to City News’ very first full-time writer, Yung Shin (we miss you!). My eternal gratitude to the “unseen” teams: the web designers Aaron, Kah Meng, Peter Teo; the graphics team that slogged over weekly issues of City News: Phoebe, Amy, Vinson, Xiuzhen and many others; the translators and Chinese content writers Xiaoting and Zhouling; and of course our logo designers, Phoebe (original) and Gabriel (CN2.0) and the maker of the CN props for this weekend, Rita!

Most of all, I want to appreciate the volunteers editors (Daphne, Justina, Anne) and volunteer writers and video reporters (too many of you to name but you know who you are) who have come to sowed into City News and our church. Thank you for loving CHC, thank you for exercising the gift God has given you. I’m so proud to see so many of them doing so well in their lives—getting married, having children, prospering in their work, and I know God has blessed them. 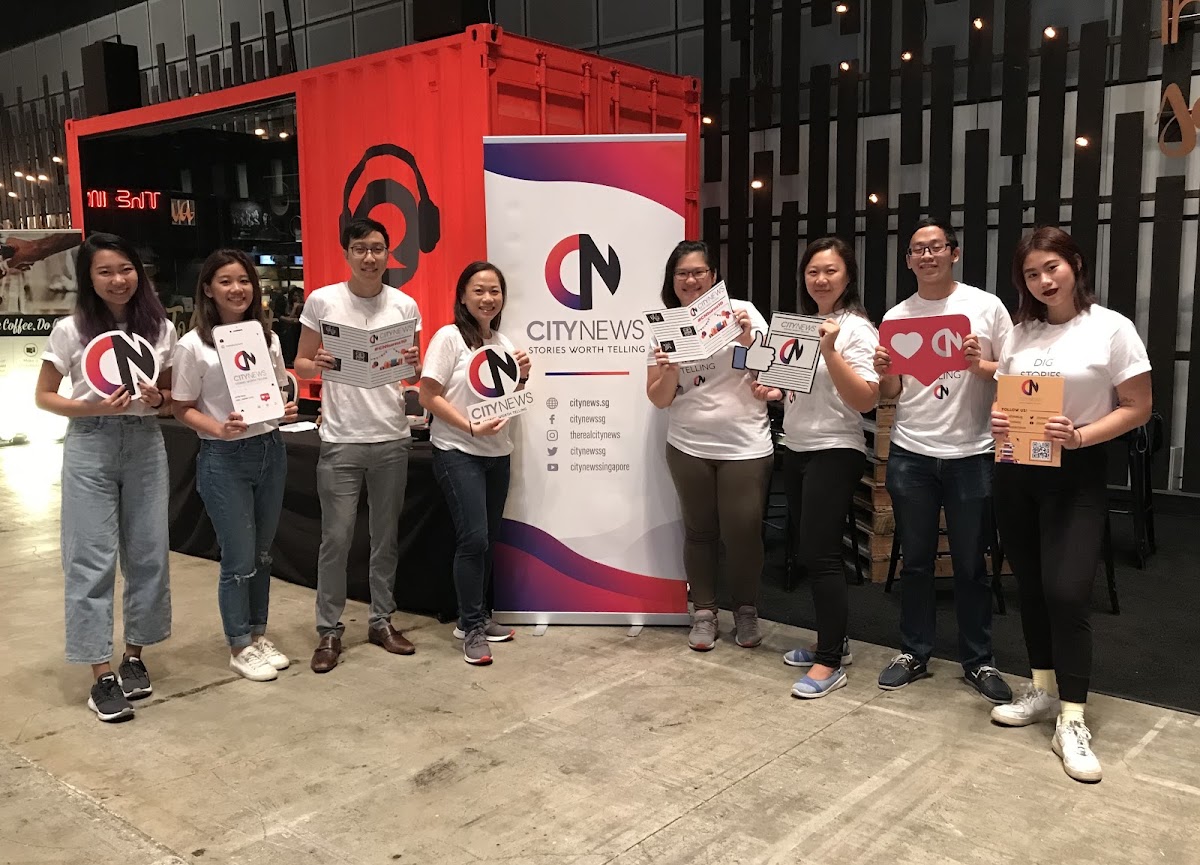 The City News team and volunteers this weekend.

I hope new readers joining us on this journey from 10 years to infinity will read and Share our stories weekly, and send them to friends who may be blessed and encouraged. And if you, reading this, have a story worth telling, or if you just want to let us know what you think about our new look, do share it with us at citynews@chc.org.sg.

This article was edited on Nov 7, 2018. Erratum: Facebook was launched in 2004, and existed before City News.