Christians find it hard to break their pattern of sin when they cannot trust God, when they have unbelief in their hearts. Numbers 15 reminds believers that the mercy of God persists even when His people sin against Him and His promises never change.

Flowing in the theme of cultivating Kingdom-minded people, executive pastor Bobby Chaw shared a message on the purpose of encountering God. 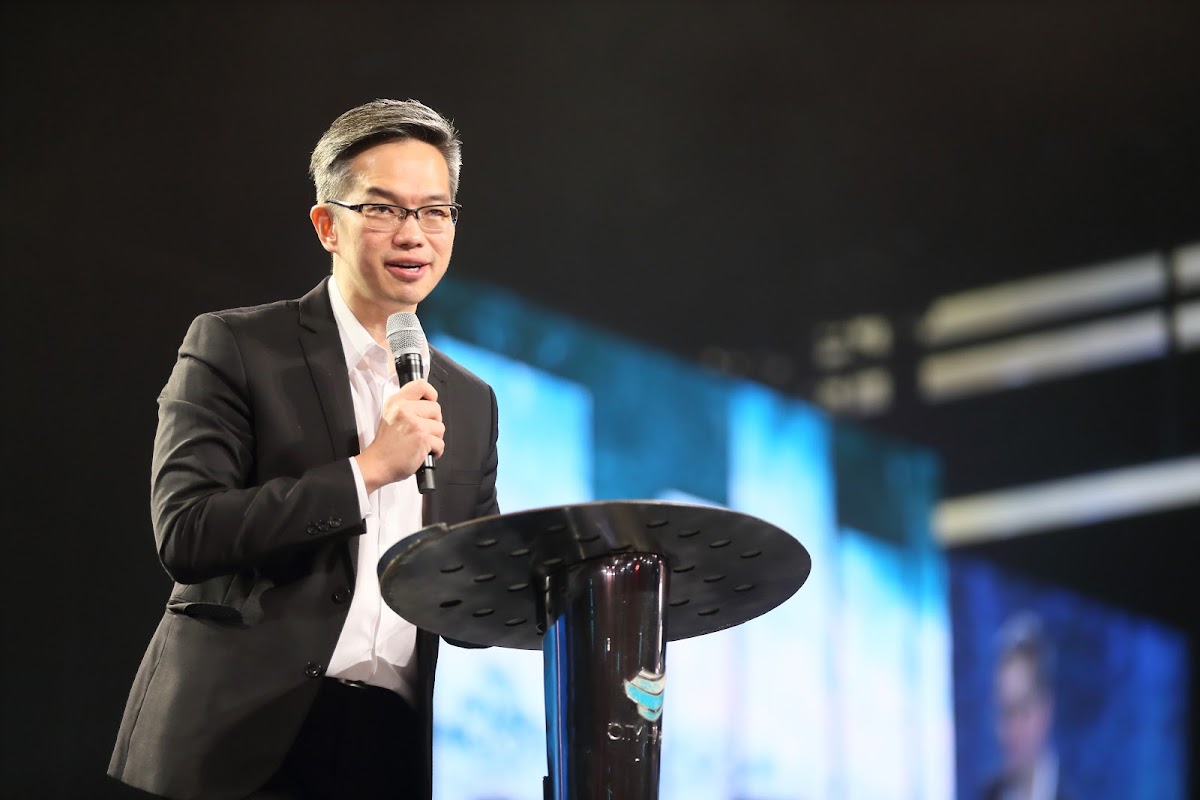 He preached from Numbers 15, a chapter that dealt with laws on sacrifices and offerings. The pastor pointed out that in Chapter 15 alone, here were six verses that spoke on an “offering as a sweet aroma unto the Lord.”

“It is as if God stopped Israel in her backsliding to remember what had been forgotten and to receive encouragement in the face of despair,” said Pastor Bobby.

He explained that in the Old Testament, the “sweet aroma” from the offering was necessary to appease God’s wrath and turn away judgment from the sins the children of Israel had committed. Otherwise, they would have experienced the penalty of sin, which is death, and that brings about a separation from God.

“Numbers 15 serves to remind believers that regardless of how man has fallen, God remembers mercy, even in judgment,” said the pastor.

In Numbers 15:1-2 it says, “The Lord said to Moses, “Speak to the Israelites and say to them: ‘After you enter the land I am giving you as a home.” Right before this, the children of Israel had rebelled against God and provoked His wrath. Yet when God spoke to Moses in Numbers 15, His plan for them had not changed despite all of their sins. God’s response to their rebellion was grace and mercy.

“God is not like us,” he stated. “When God restores, He doesn’t keep a distance from His people.”

Pastor Bobby describes how when two friends quarrel, they might still go on a trip that they have planned but the atmosphere would be very strained between them.

But “God is not like that,” he said. “When He forgives, He also restores the relationship and welcomes His people back into His presence and fellowship.”

Sometimes, Christians might feel that their wrongdoings, mistakes and failures have forfeited what God has promised over their lives, but the word of God promises that He has a future for His children, because He is a God of mercy.

“Numbers 15 tells us no matter how terrible our circumstances may be, trust in His faithfulness,” said the pastor.

WHY DO PEOPLE DISOBEY GOD?

Pastor Bobby went on to explain why Israel chose to disobey God time and again. The reason is because they had unbelief. Unbelief is the opposite of faith, explained the pastor, and it leads to disobedience, which leads to the inability to sustain a strong relationship with God, leading to death and separation. On the flip side, faith in God’s Word leads to obedience which leads to life in God’s presence.

For the same reason, Christians fall into sin despite knowing that it is wrong.

“It always traces back to unbelief. The fundamental problem that drove Israel’s patterns of sin was their failure to believe that God is good and He has a good purpose for their lives,” explained Pastor Bobby.

Unbelief is thinking that God does not exist, that He does not care and that He is not involved in one’s life.

“To change that, the believer needs to go back to his faith in God,” declared Pastor Bobby. “Relationships are built on trust and faith, and faith is built on truth. If we don’t believe God and what He says, then we cannot have an intimate relationship with Him. God is trustworthy because His word is true.”

This is also true for a Christian’s relationship with another Christian. Communicating the truth is essential in a relationship. 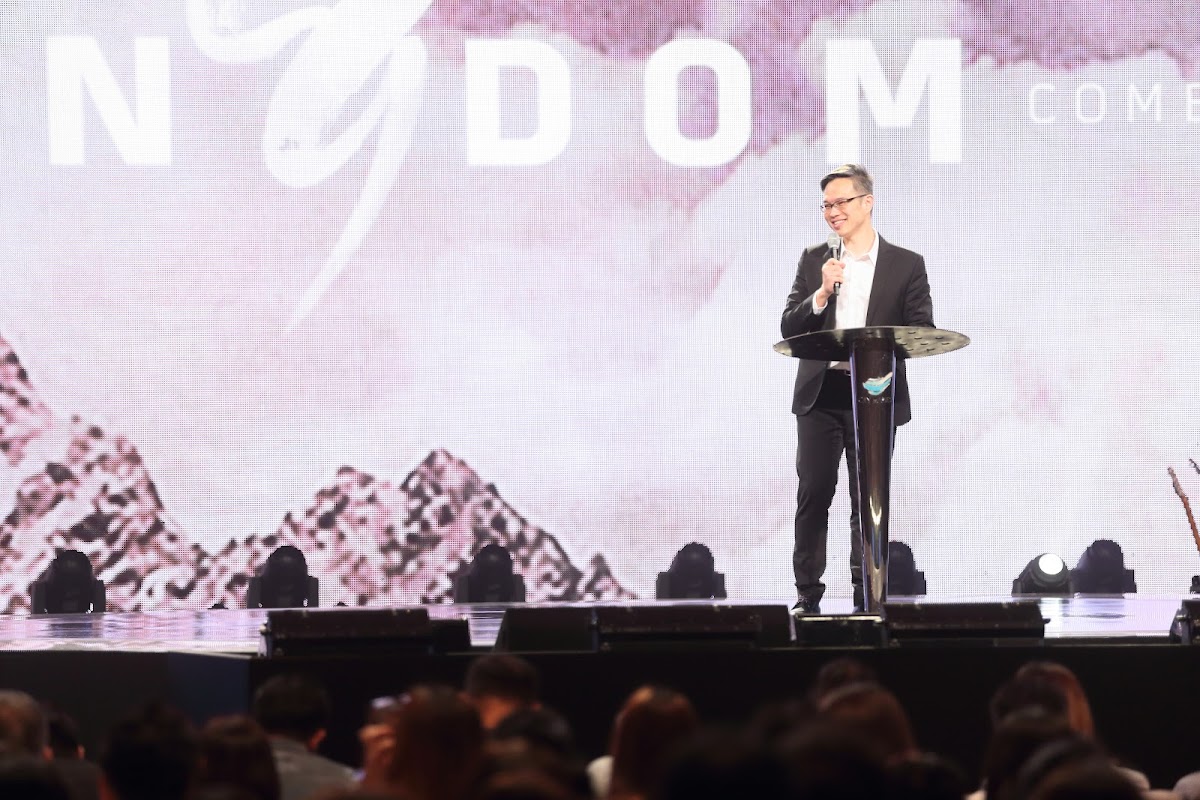 TEST OF THE CHRISTIAN FAITH

The ultimate test of the Christian faith is a believer’s relationship with God. God did not promise to bring the Israel into the Promised Land for the sole purpose of having them live comfortably and not have to worry about food. God’s intention was for them to have a relationship with them.

“Coming to church is not for receiving blessings and success but to build your relationship with God,” the pastor reminded the church.

“If the goal of a believer is to have a comfortable life, then many sinners have already reached that ‘promised land’,” Pastor Bobby pointed out. The pastor went on to read from Psalm 73:1-5, 7, 12-13 where the Psalmist lamented when he saw how the wicked lived in wealth. But when he came to the sanctuary of God, “then I understood their final destiny…But as for me, it is good to be near God. I have made the Sovereign Lord my refuge; I will tell of all your deeds.” (Ps 73:17 and 28)

In short, God wants an intimate relationship with His people.

God was angry and in Exodus 33:2-3 He told Moses that He would bring them to the Promised Land, as promised, but His Presence would not go with them. Moses responded to God in Exodus 33:15-16, “If Your Presence does not go with us, do not bring us up from here. For how then will it be known that Your people and I have found grace in Your sight, except You go with us?”

Moses knew what was truly important. He wanted a relationship with God more than the blessings God could give him.

Pastor Bobby ended the service reminding the congregation of the greatest offering given so the man and God could have fellowship once again. It was not enough to just burn a lamb or an ox to reconcile mankind to God, so Jesus came and offered Himself to be nailed to the Cross.

He asserted, “Because He has only one goal, relationship with Man.”

Pastor Bobby assured the congregation that God never gives up on His people regardless of how many times they fall.

He closed his message by reading from Hosea 11:8-9 which says, “How can I give you up, Ephraim? How can I hand you over, Israel? How can I treat you like Admah? How can I make you like Zeboyim? My heart is changed within me; all my compassion is aroused. I will not carry out my fierce anger, nor will I devastate Ephraim again. For I am God, and not a man— the Holy One among you. I will not come against their cities.”