All About The Kingdom Of God: CHC Turns 29

City Harvest Church turned 29 this past weekend, and what a celebration of God’s goodness it was! Three messages by CHC’s three executive pastors captured all that God has been and is now doing in our church: Kingdom purpose, Kingdom engagement and Kingdom pursuit. 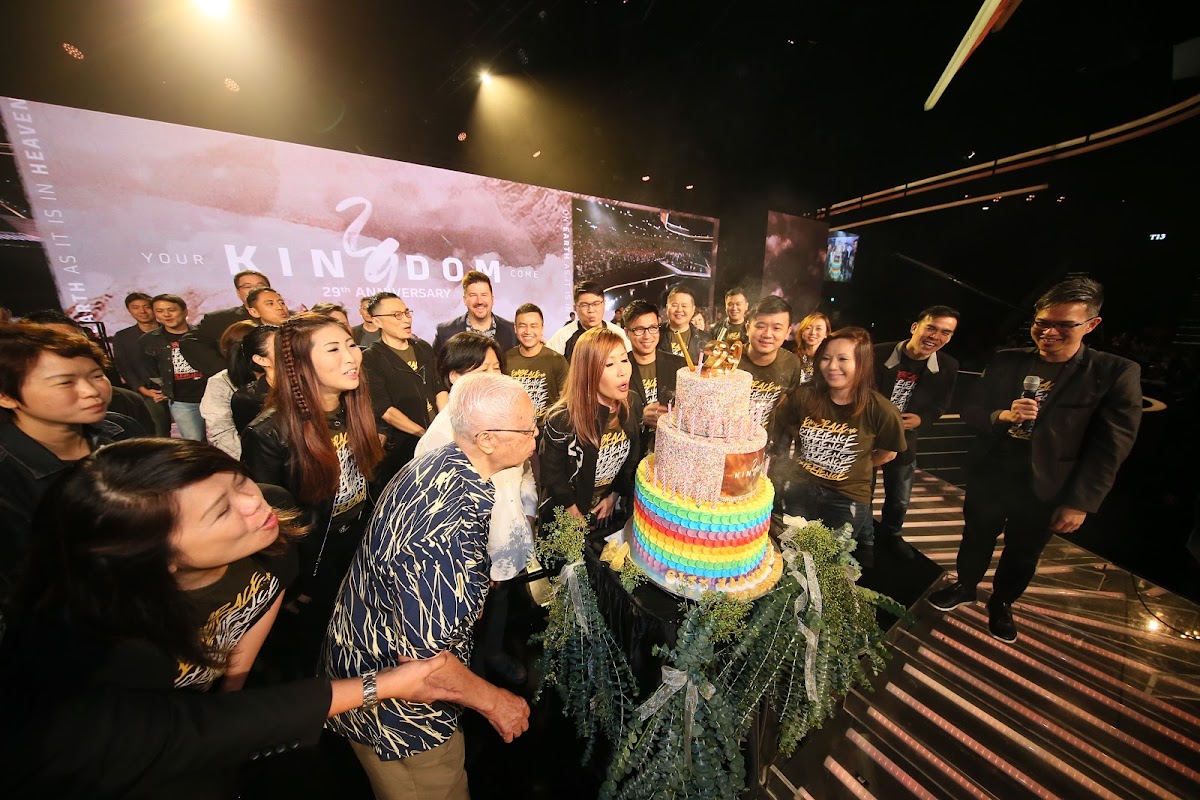 It was, arguably, the most engaging City Harvest Church’s anniversary service ever. Over the weekend of Oct 13-14, the congregation was taken through a journey of the church’s past and given a vision of its future—and introduced to a brand new experience of church.

LIVING OUT OUR KINGDOM PURPOSE

For the first time ever, all three executive pastors of the church took to the pulpit. First was Pastor Bobby Chaw, who also wears the hats of CHC’s mission’s director and the Dean of its School of Theology. Pastor Bobby preached on the Kingdom purpose of CHC, which is mission work, updating the people on what the church has done in the mission field this past year.

Reading Acts 1:8, he reminded the church that the church exists to be witnesses for Jesus. “Missions is God sending the whole church with the whole gospel to the whole world,” he said, quoting CHC’s senior pastor, Kong Hee.

“Despite the difficulties these few years, the church continued in the works of God,” he added, point out that the church sent teams to strengthen churches in Malaysia, North East Asia, and the Philippines in 2017 and 2018. He also announced the launch that weekend of CHC’s affiliate network, The Harvest Network, which consists of 63 churches in 14 nations. The Harvest Network conducted its inaugural conference the same weekend.

Pastor Bobby continued, “Missions is not only for the full-time staff but also for the members.” In the past year, 1,199 CHC members embarked on 196 mission trips to 75 cities in 12 countries. 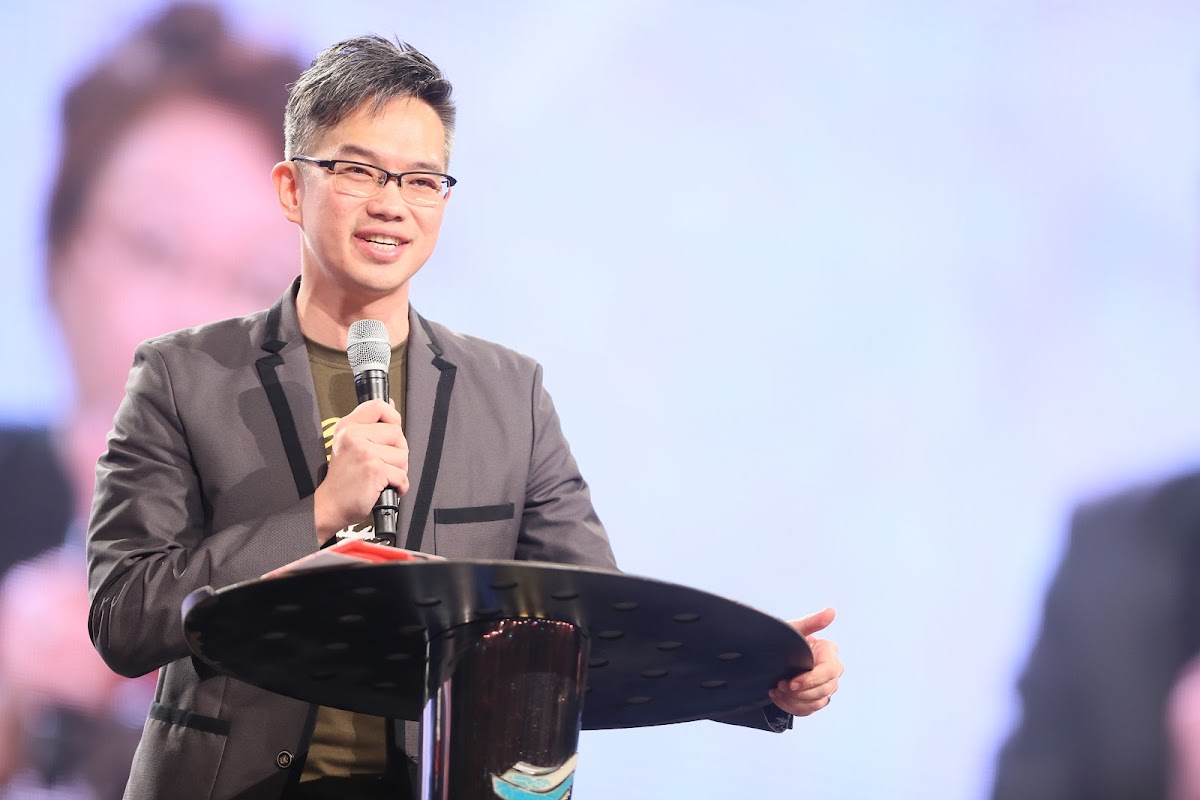 “A group of 60 members took a trip to Tunbaun, a village in Indonesia, just to reach out to the hometown of an SOT graduate,” Pastor Bobby related. The mission team had to ride in a vegetable truck for three hours to reach the village, but all that was worth it. On the first day, they ministered to 988 children at a children’s revival meeting; 883 children accepted Jesus as their Savior. On the same trip, the team also organized two open-air crusades which saw more than 5,000 attendees and more than 249 people healed.

Missions isn’t just about going overseas. CHC members are also actively involved in blessing local communities. This past year, 378 members volunteered at CHC’s community service arm, CHCSA. They brought the love of God outside the four walls of the church, into the homes of vulnerable and isolated seniors.

“Some of you may say, ‘Pastor, I didn’t go for the mission trips,” said Pastor Bobby. “But I want you to know you were there. Your giving made it possible for us to reach out.”

When Japan was hit by a deadly floods this August, CHC sent a donation to Pastor Yoji Nakamura, senior pastor of Kumamoto Harvest Church, to fund the setting up of disaster relief centers. The church also gave away about $300,000 in scholarships and financial support to help pastors and workers from less affluent countries attend its Bible School.

“We give so that these students can be trained and equipped to serve in their own countries,” explained Pastor Bobby, ending his message by praying for the affiliate churches, workers and SOT graduates.

Pastor Aries Zulkarnian took the stage next with a message encouraging members to be more connected to the vision and mission of the church. 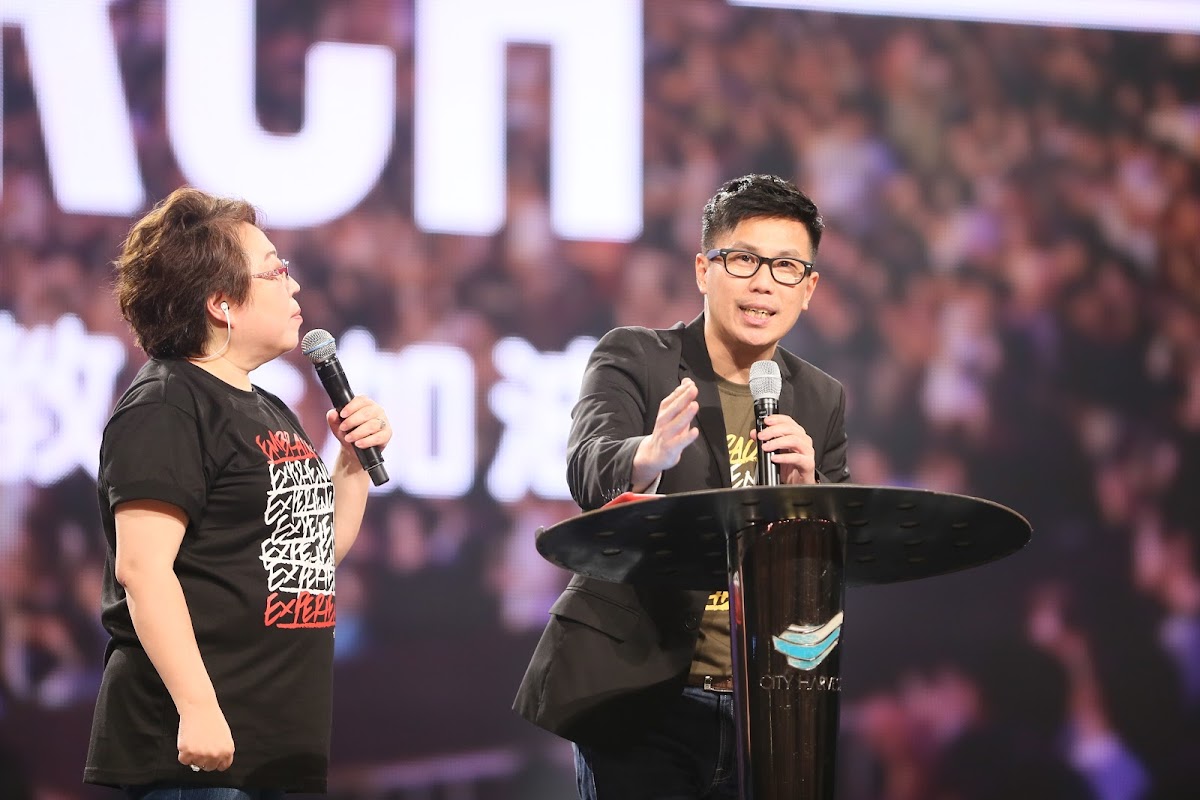 Reading from 1 Corinthians 2:9-10, Pastor Aries reminded the members that they need to search the heart of God in order to achieve greater works in their generation.

“To borrow from Pastor Kong, ‘The key to being successful is to know what God is doing and to work alongside Him’,” he said. “As such, it is important for us to equip our members for the work of the ministry in the marketplace from Monday to Friday.”

However, it is getting increasingly hard to do so, the pastor noted. As the world moves at a faster and faster pace, people get busier and regular churchgoers become less regular. At the same time, the digital disruption is impacting the attendance pattern in churches all around the world.

Technology has made it possible for Christians to enjoy services anytime, anywhere. But Pastor Aries reminded the congregation that as the society moves online, people need to be part of a community more than ever before.

“The church will always be uniquely positioned to provide the best community in the future,” he said, “and digital platforms should supplement and enhance the church experience.”

He added, “At the end of the day, we need more engaged members. The future of church growth is based not on attendance, but on members’ engagement.”

With that, he introduced The CHC App, a brand new mobile app created to help CHC members stay connected to the church throughout the week. Members can access worship music, sermons, devotions, CityRadio programs, City News articles, event listings and much more.

Every member was encouraged to download The CHC App and claim a limited edition T-shirt after they did so. 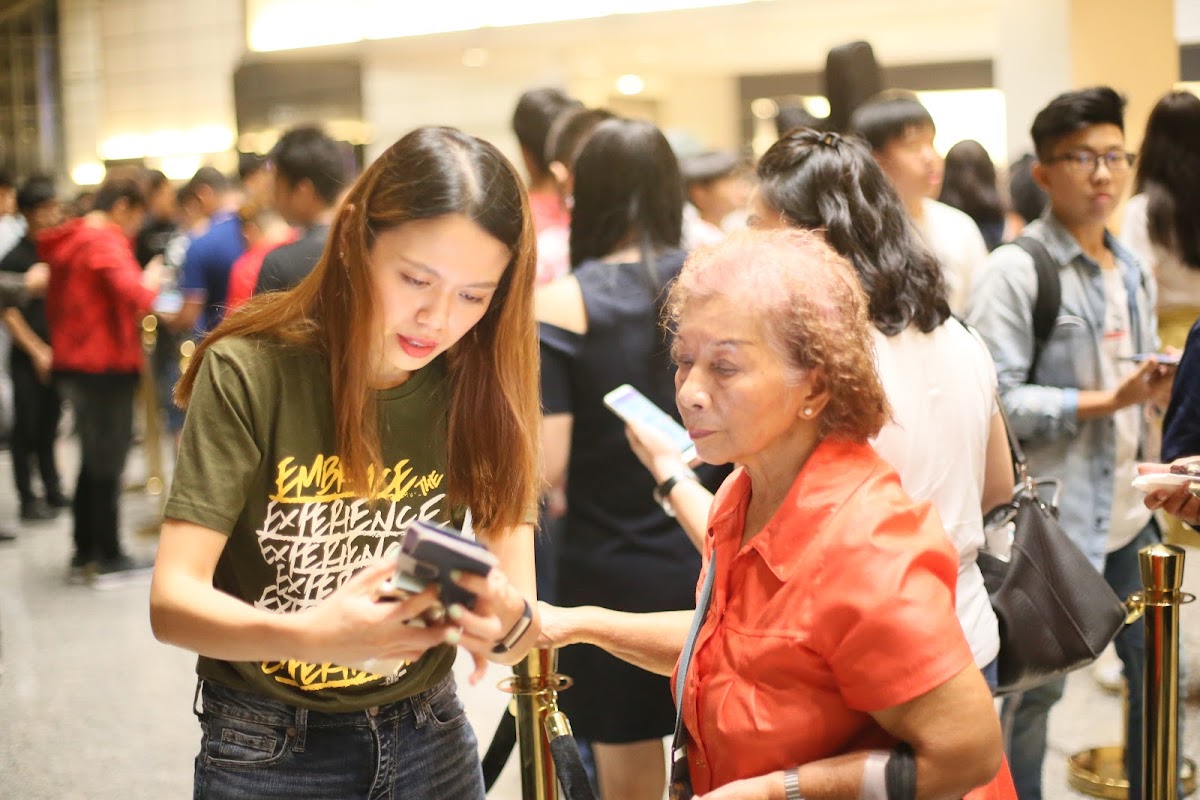 She began by congratulating the members on becoming more courageous, connected and compassionate as they endured the challenges the church went through.

“Vulnerability is not a weakness,” she said. “It is the willingness to admit that we need God more than ever before.”

Sun’s message was illustrated beautifully through a dance performance by Gin Lam, a leader in CHC’s Dance Ministry. Gin had encountered a difficult moment and one night planned to take her anti-depressants and sleeping pills, go to sleep and not wake up again. But God intervened. She fell asleep with the pills still in her hands. When she woke up a few hours later, she heard God saying to her her lovingly, “Gin, be still, for I am here.” 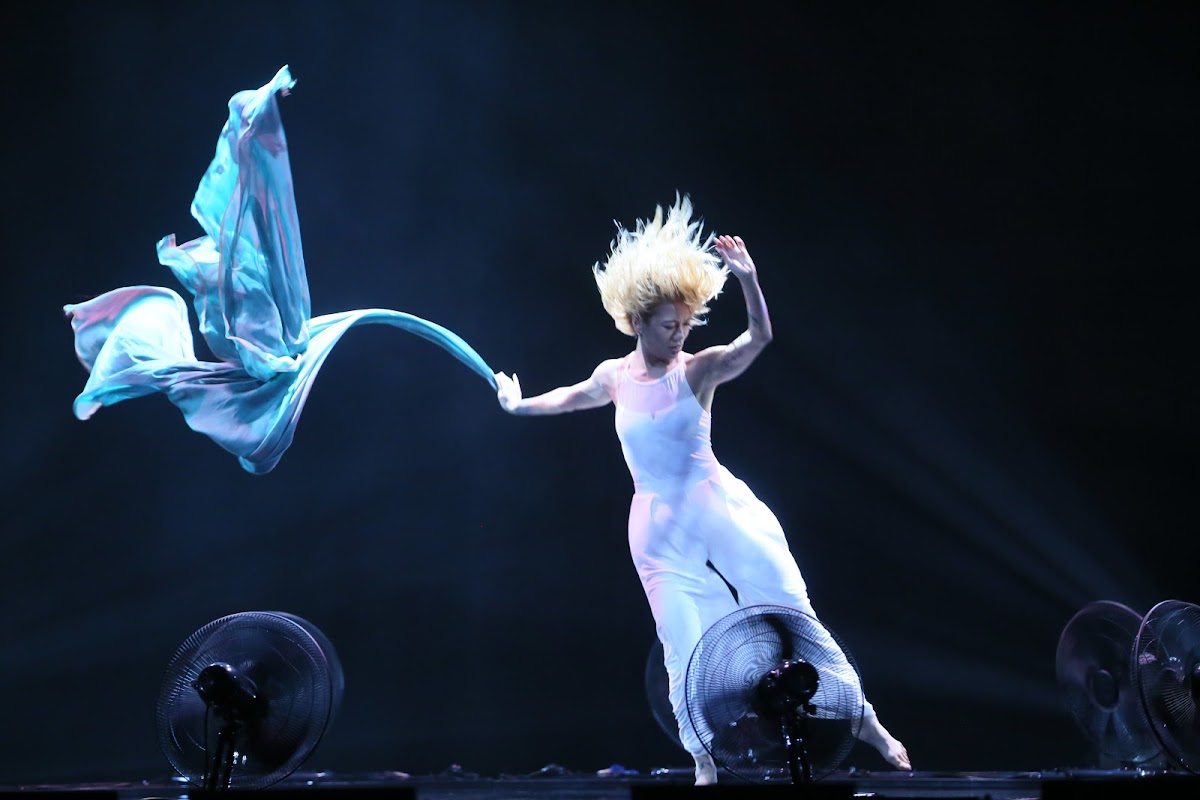 To demonstrate how God walked into her life and picked her up, Gin performed a dance that illustrated how the Holy Spirit was moving alongside her with every step she took through life.

“When I think of what Gin went through, it reminded me of Simon Peter,” said the pastor.

Simon Peter was the most opinionated disciple, the leader of the pack who was always sure of himself. He was confident that he would not be stumbled and would never deny Jesus, even when Jesus Himself told Peter that he would deny Him (Matt 26:31-35). Thus when Peter denied Jesus, everything changed.

When Jesus was betrayed and taken away, all the disciples fled for their lives. Only Peter and John followed him to the high priest’s house. The servants recognized Peter as one of Jesus’ disciples and in a panic, Peter denied. Three times, just as Jesus said he would. Luke 22:61-62, says when Jesus turned and looked at Peter, he remembered what Jesus said and he wept bitterly.

“John was also there, he saw the whole incident. How did he feel?” asked Pastor Sun, noting that in the last chapter of the Gospel of John, John mostly talked about Peter. “Could he have intended it to be Peter’s comeback story?” she wondered. 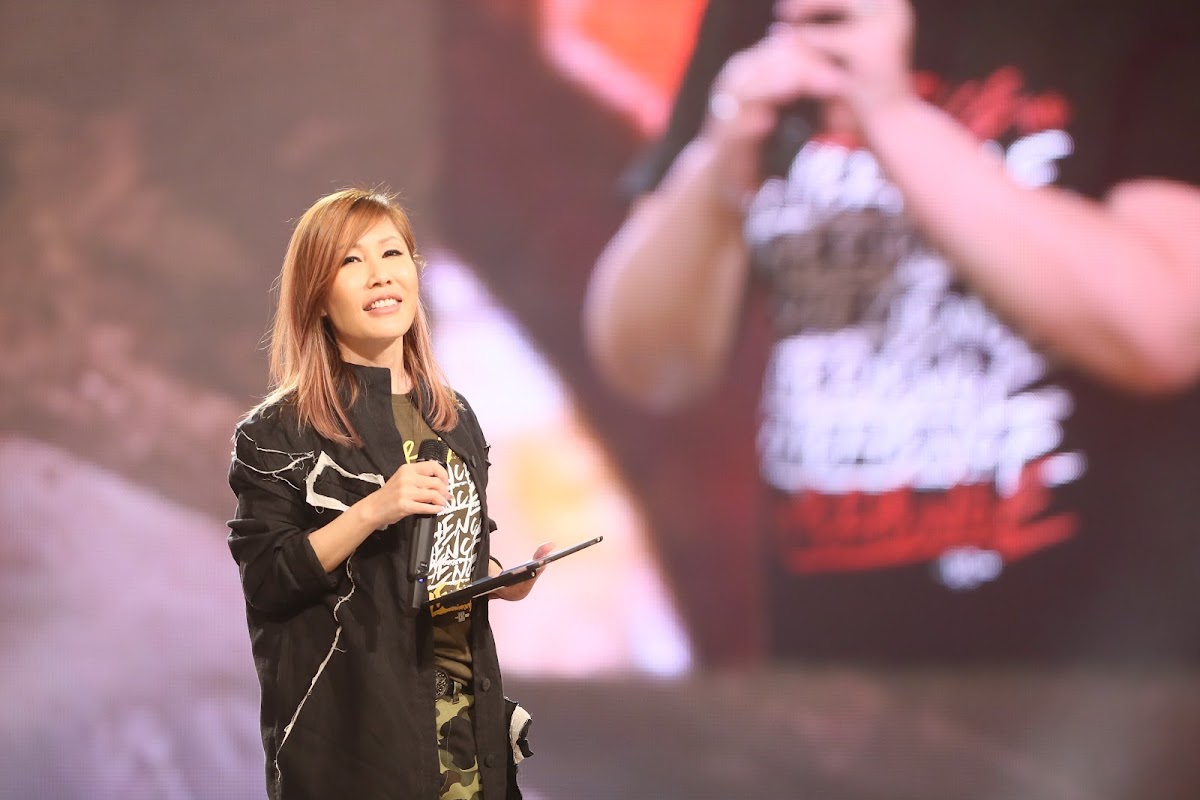 In John 21:3, Peter threw in the towel and decided to go back to fishing. Pastor Sun imagined how Peter only thought of the empty promises he had made to Jesus. “When Peter said he was going back to his old trade, Jesus had already appeared to the disciples twice,” she pointed out.

In John 20:21, Jesus told the disciples, “As the Father has sent Me, I also send you.” But Peter, in his own defeat, did not imagine he was good enough to sustain Jesus’ ministry.

Jesus was waiting for Peter when he came to the shore from fishing. Jesus asked Peter three times, “Do you love Me more than these?”

Pastor Sun explained that Jesus was asking if Peter loved Him unconditionally, but Peter’s reply all the three times was that he loved Jesus only as a friend.

“All I could hear in these verses was Peter saying in his mind he is not good enough, he only dares to love Jesus as a friend,” said Pastor Sun.

But Jesus’ response to Peter saved him; He told Peter that one day, his love would be enough, he would be willing to die for Jesus’ cause.

“But how would my love ever be enough, Peter was probably thinking,” Pastor Sun continued. “In John 21:19, Jesus said to Peter, ‘Follow Me’.”

Peter followed Jesus but when he saw John, he asked Jesus, “What about this man?” Jesus told Peter not to be concerned about anyone else. “You just follow Me,” He said. (John 21:22)

“Church, do you see? Here lies the key: to love Jesus unconditionally, you just follow Jesus! Don’t compare yourself with someone else, it doesn’t matter what God has for them,” urged the pastor.

Pastor Sun reminded the congregation that even when they think they are not enough, Jesus is enough for them. 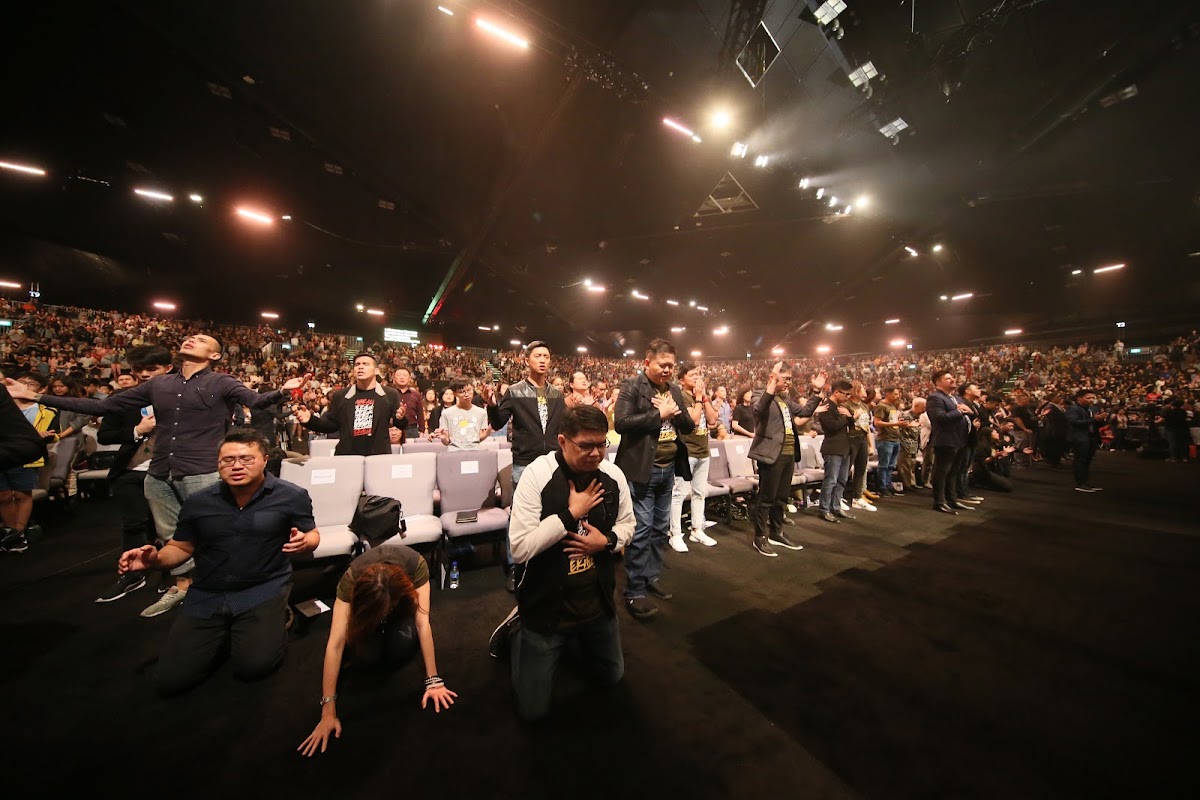 Watch this service via The CHC App.