Seven months of intense Bible School can be a wonderful spiritual bubble, but what happens after you graduate and go back to “normal” life? How do you find the same presence of the Lord you experienced 24/7 at School of Theology? “After today, where can I find Jesus?” asked Pastor Bobby Chaw to the graduating class of City Harvest Church’s School of Theology at the graduation service on Sep 29 and 30. Pastor Bobby is an executive pastor at CHC and the Dean of SOT.

His words reflected what was on many a graduate’s mind: What happens when they step away from the spiritually-charged atmosphere they have been breathing in for the past seven months?

“Our prayers are that you become the carriers of revival wherever God puts you,” he said. “I’m leaving you with a simple message about contending for God’s presence.” 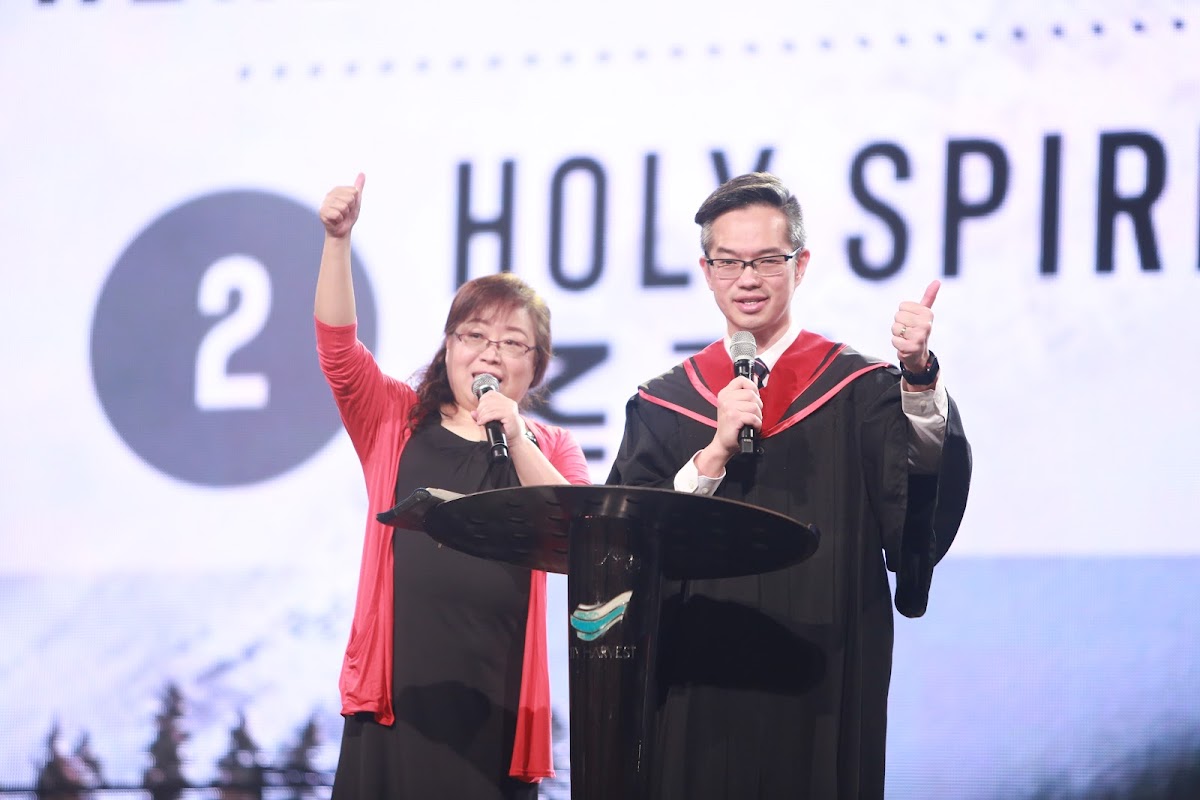 The pastor reminded that graduates that it is important to continue seeking Jesus after they graduated. But where and how could they find Jesus?

The first way Jesus can be found is through the Word of God. “When we keep Jesus’ commandments, that is when He will manifest Himself to us,” said Pastor Bobby.

The second way to find Jesus is in the Holy Spirit. The Holy Spirit reveals Jesus to His people and guides them, while bringing to their remembrance of all the things Jesus has said and done.

“Don’t lose the passion for His Presence. Keep dancing, praising and going deeper, because your passion draws the Holy Spirit,” said the Dean, urging the graduating class to never lose their willingness to worship and to wait on the Holy Spirit. 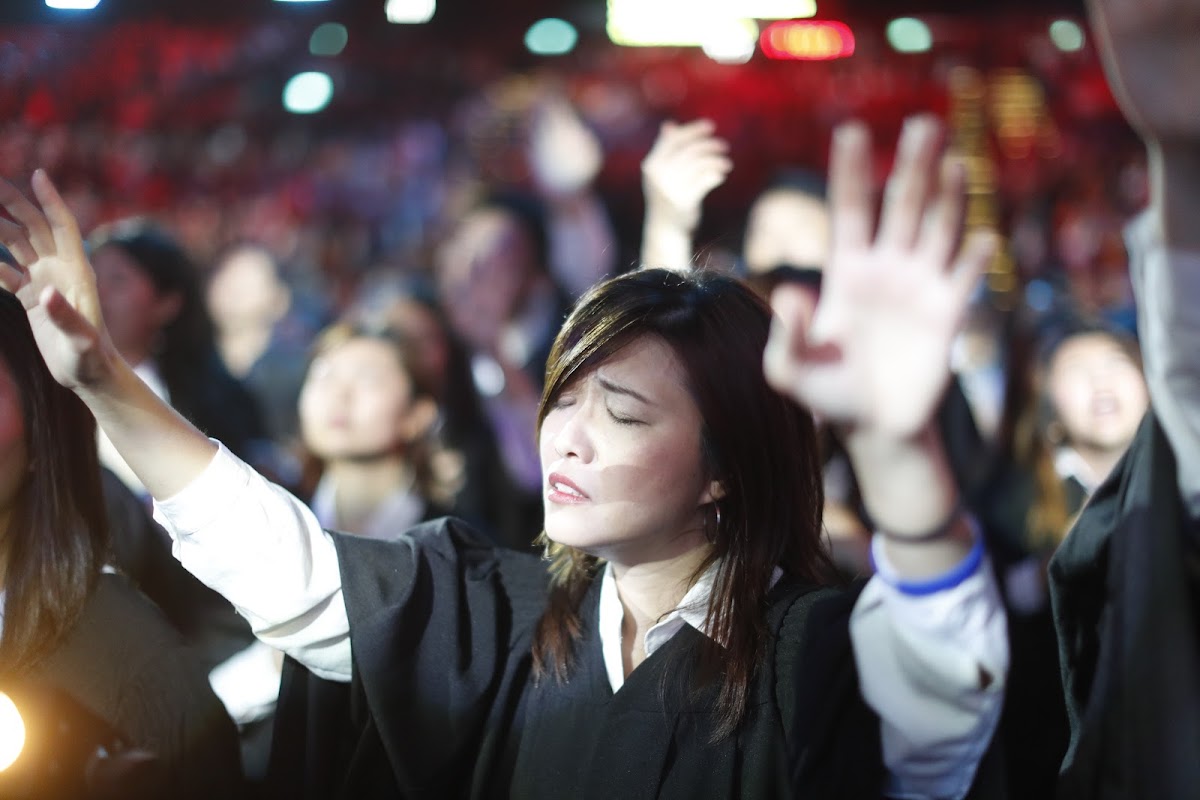 Thirdly, Jesus can be found in the act of loving people. Pastor Bobby reminded the congregation of Luke 24:28-29, where two disciples met a stranger on the road to Emmaus. They did not know recognize the stranger as Jesus but they welcomed Him into their home.

“When you reach out to strangers who are in need and hurting, Jesus is there. Don’t be too busy with your profession or with your wealth, but remember the lost and the hurting,” said the pastor.

Lastly, Jesus is found when the people of God assemble together. The two disciples in Luke 24 encountered Jesus when they were breaking bread. Pastor Bobby urged the graduates to actively attend cell group meetings, church services, and fellowship gatherings, because where two or three are gathered in Jesus’ name, He will be in the midst of them, as the Bible has said.

“Our job is to keep believing and praying until Jesus comes. We must persist until Jesus manifests, and reveals His power,” the pastor said, as he brought the message to a close.

It is a tradition for the graduating class of SOT every year to run their own graduation service, showcasing the things they have learned.

Chen Ying Jie, a Singapore resident originally from Shanghai shared her testimony on how her experience in SOT enlarged her capacity and helped her step out of her comfort zone. During a mission trip to Indonesia, she was tasked to preach in English. Despite having no confidence and no prior experience of preaching in English no confidence to preach in English, she managed to do it. Ying Jie continued to obey the Lord, by praying for those in need and healing the sick. 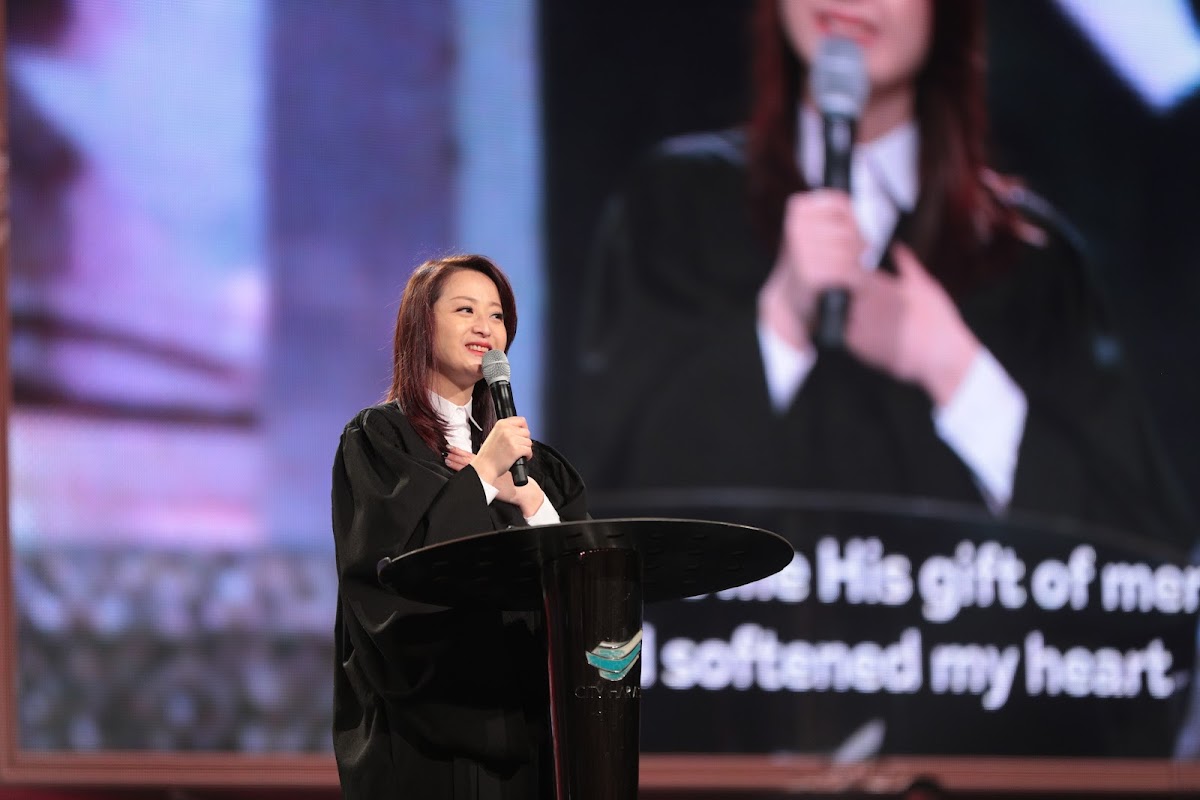 “At SOT, I learned that that in the Kingdom of God, you just need to give what you have.  As you give, you will encounter God more. God will lift you up and you will not only hear about Him from others, but you will also see Him for yourself,” she said.

Another tradition is the preaching of a seven-minute sermon by an SOT student during the graduation service. This segment emulates the preaching test that all SOT students have to go through. On the Saturday service, Thong Wei Yuan, a member of CHC, preached a seven-minute sermon on walking by faith. The first way is by following the word of God, not the word of men. “Our future is not determined by what people say about us, but by what the word of God says about us,” said Wei Yuan. He urged the congregation to speak forth the word of God, instead of letting negative voices reign over the future.

Another way is to walk by conviction not convenience. “Walk by the word of God, and your life will be transformed!” proclaimed Wei Yuan, as he brought his message to a close.

“You can’t be a witness unless you see it,” said Ken. More than studying about the Bible, the students got to see the works of God during SOT. In a mission trip to a church in Johor Bahru, Ken and his teammates applied what they saw in an evangelistic service where many were touched by the power of God. Seeing is also the key to changing a person’s life. In 2 Kings 6:15-17, Elisha and his servant were surrounded by the enemies. Elisha prayed that God will open the servant’s eyes so he could see that those who were with them were more than those who were against them. God did and the servant saw the horses and chariots of God. Ken encouraged those in a crisis to allow God to open their eyes.

Ken preached, “If you can see who God is and who you are in God, you won’t be afraid.” 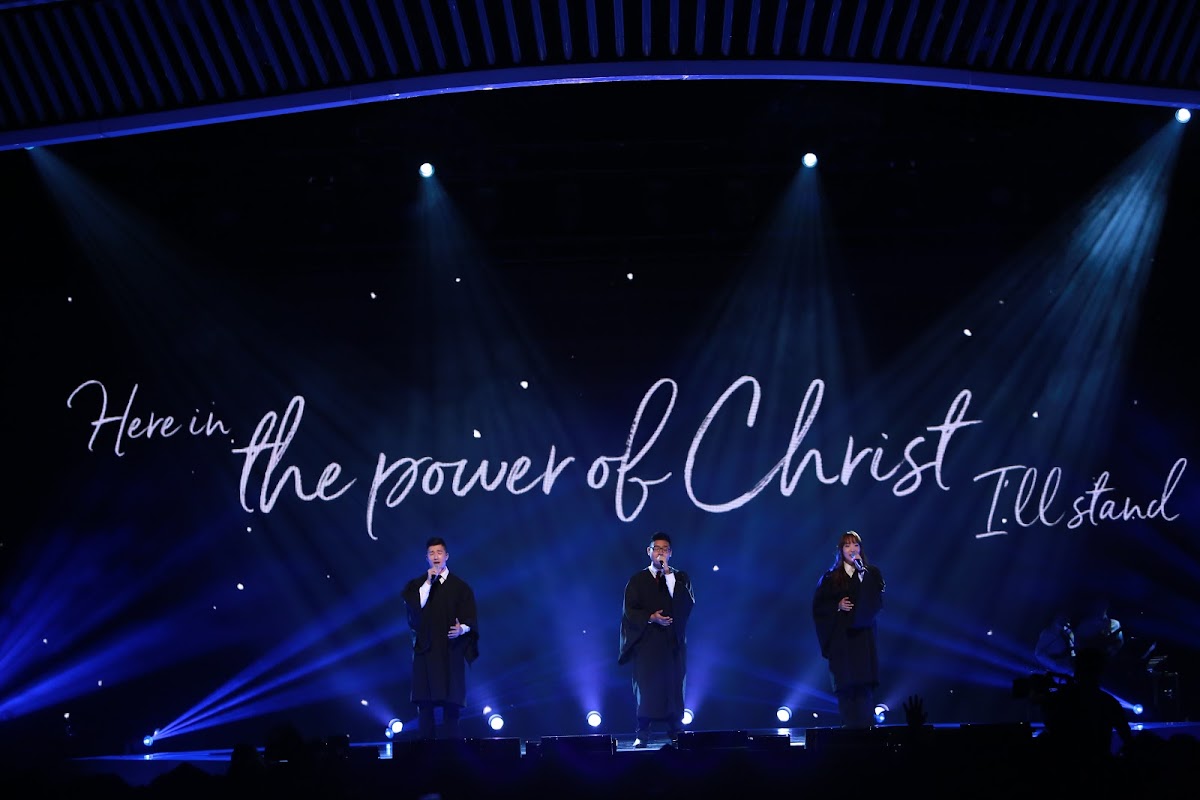 Each year, awards are given out to SOT students that are outstanding in a variety of ways. This year, Team 12 took the Best Team Award. The Courage Award went to Peh Ah Peeh, a 77-year-old student who had never received formal education. The Best Academic Performance Award went to Danny Teo, the Best Overall Performance went to Ken Liao from Taiwan and the Minister of the Year Award went to Joy Ervian from Indonesia.

The graduation service closed with the graduates leading the congregation in the classic hymn and theme song of SOT, “In Christ Alone”.

SOT 2019 is now open for registration. To find out more about SOT and the course curriculum, visit http://sot.chc.org.sg/.