Grumbling is a sin that can have serious consequences, taught Bobby Chaw. 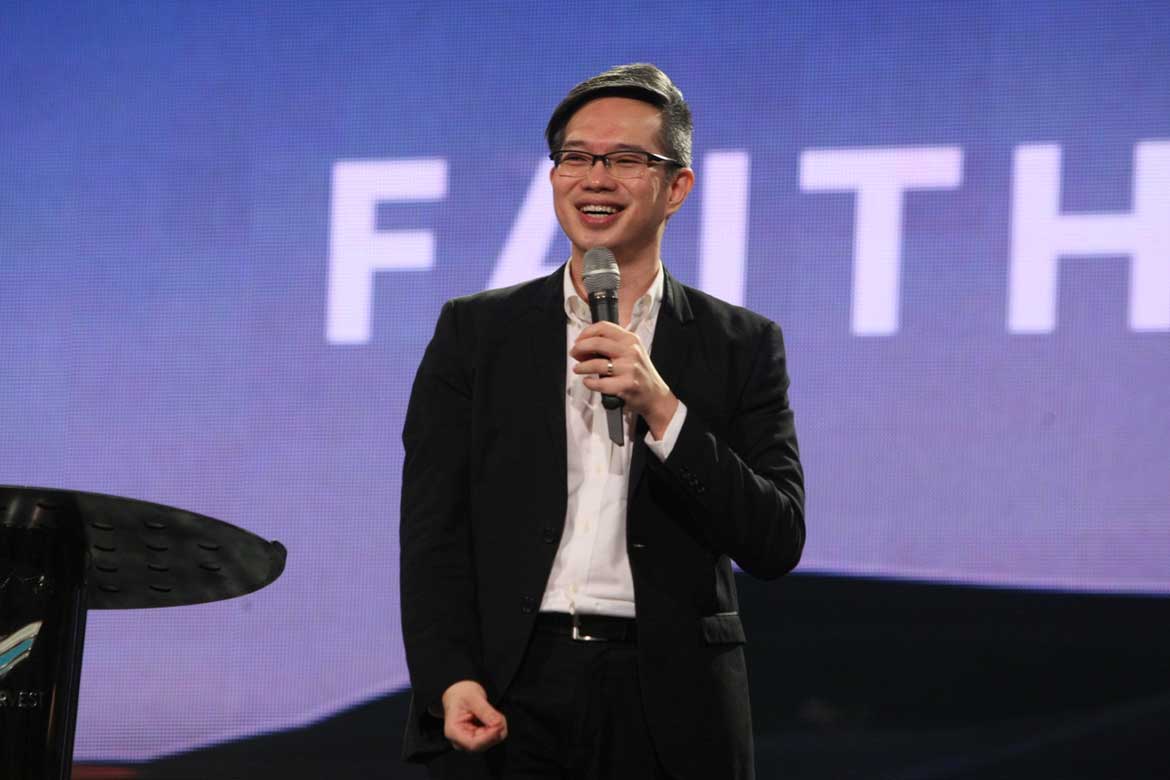 In Chapter 10 of the Book of Numbers, the Israelites were off to a great start journeying into the wilderness. However, by the start of Chapter 11, they began to complain and “the fire of the Lord burned among them, and consumed some in the outskirts of the camp”.

“Grumbling is a sin that can have serious consequences,” said City Harvest Church’s executive pastor Bobby Chaw, who preached on the weekend of Jun 9 and 10.

Numbers 11 also recorded another incident of the Israelites’ complaints. The second complaint started when the mixed multitudes among them—those who were not from Israel—craved meat. These people were not descendants of Abraham and they did not know God. Their grumbling infected the rest of the people, and soon the whole camp started to complain.

Grumbling begins among people with little or no spiritual insight, Chaw points out. Like a virus, it spreads and even though who should know better can get “infected” with the complaining bug.

“But I’m not suggesting that we should cut ourselves from the non-spiritually minded,” Chaw clarified, “but in such incidences, we need to be clear who is influencing whom.”

In John 17:15-16. Jesus prays, “My prayer is not that you take them out of the world but that you protect them from the evil one.” Jesus’ instruction to the disciples is to be the salt and light of the world, but also to be conscious of the dangers and spiritual diseases that can infect God’s people.

Grumbling can also distort one’s vision. Numbers 11:5 went on to describe how the Israelite began to reminisce about their past in Egypt. The place where they suffered as slaves became wonderful all of a sudden. Instead, manna, which the psalmist described as bread from heaven, was boring.

Grumbling is a crisis of faith, not circumstances. When the people complained to Moses for the first time, he prayed and interceded for them. When they complained the second time, the Bible said Moses was troubled and he himself began complaining to God—he was even suicidal!

So what does it take to overcome the temptation to grumble? Chaw provides the answer: it is faith that conquers grumbling. The eyes of faith do not stay in the past or the present, but it is fixed on the future, on the promises of God.

“We have to understand that the wilderness is not our home. No matter what sort of bad situation we are going through, we are just passing by,” said the pastor. “The Promised Land is our home, so have faith in God’s promises for our future.” HOW TO NOT GRUMBLE

Philippians 2: 14-16 tells believers to “Do all things without grumbling or disputing…holding fast to the word of life, so that in the day of Christ I may be proud that I did not run in vain or labour in vain.”

Faith comes by hearing, and hearing by the Word of God. That is why devotion towards the Word of God is so crucial. Psalms 119:97 says, “Oh, how I love your law! I meditate on it all day long.”

Chaw explained that the Christian meditation is different from other kinds of eastern meditation. “Instead of clearing our minds out, we fill our minds and hearts with the Word Of God,” he said. “It is during meditation that we can hear the still small voice, and [receive] the rhema Word of the Lord.”

Drawing to the end of his sermon, Chaw brought the church back to Numbers 11:33 where God granted Israelites what they wanted, but also meted out judgment upon them. Conversely, Moses was not judged by his grumbling—that is the sovereignty of God. He said that He would have mercy on whomever He will have mercy, and have compassion in whomever He will have compassion.

Said Chaw, “Let’s walk in the fear of the Lord, holding firmly to the Word of life.”