City Harvest Trial: Why The Sentences Were Reduced But The Conviction Upheld

In a 303-page written judgment, the High Court detailed its grounds for upholding the guilty conviction of the six CHC leaders while reducing their sentences. Ever since the State Courts found the six in the City Harvest case guilty of all charges in Nov 2015, church members had been praying and hoping for an eventual overturn of the conviction.

Unfortunately, this was not the case at the verdict of the appeal on April 7, 2017. However, the six received a vastly reduced sentence, which has buoyed the spirits of many in the congregation.

In the High Court’s oral judgment, Judge of Appeal Chao Hick Tin stated that although this had been a case without direct precedence, and that although the appellants acted in what they believed was the best interest of the church, and that none of them benefitted financially from their offences, their fault lay in their adopting the wrong means. 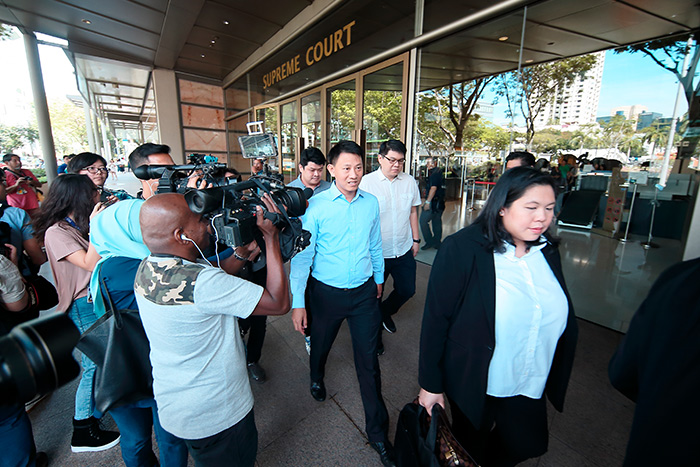 Judges’ Reasons For Upholding The Conviction

With regards to the Criminal Breach of Trust (CBT) charges relating to the sham Xtron and Firna investments and the round-tripping of funds, the High Court held that the transactions should be assessed on the basis of substance and not merely form.

It agreed with the State Courts verdict that the Xtron bonds were not in substance investments which the appellants were legally authorized to use the funds in the Building Fund for. Moreover, “irrespective of the form of the Firna BSA and the transactions, the reality was that the Firna bonds were devised as a means through which the appellants could obtain monies from the BF to fund the Crossover Project, as well as extend a loan to Wahju presumably so as to secure his cooperation. Put simply, the appellants were working backwards to ensure that they could obtain funds from the BF for the financing of the Crossover,” the judgment read.

“We accept that the appellants had acted in what they considered to be the best interests of CHC. But whilst the appellants may have had the best of motives, what the law is concerned with is the specific mens rea required under the charge…all that is required is for the prosecution to prove beyond a reasonable doubt that the appellants intended to do an act that would cause wrongful loss to CHC in the knowledge that they were not legally entitled to do that act.”

It added, “…wrongful loss does not mean financial or monetary loss but to the deprivation of another person from property that he is legally entitled to.” Why Their Sentences Were Reduced

However, while the conviction was upheld, the sentence terms for the six was reduced significantly. This stemmed from the High Court’s finding that the six appellants were not acting as external agents who offer professional services from which they make their living such as bankers, merchants, brokers or attorneys—which is a necessary requirement for the offence of CBT under s 409 of the Penal Code.

“We note that the CBT Charges merely stated that the appellants had engaged in a conspiracy to ‘commit [CBT] by an agent’. The charges do not mention the requirement of property (or the dominion of such property) to Kong Hee, Ye Peng or Eng Han must be ‘in the way of [their] business as … agent[s]’ [emphasis added]. This requirement—being one that is important and, in fact, central to the aggravated offence of CBT under s 409 of the Penal Code—should have been stated in the charges,” the judgment reads.

Following that, the High Court did not feel that” a director who has been entrusted with the property of the company or organisation by virtue of his capacity as a director can fall within s 409 of the Penal Code.” What Were Mitigating Factors Considered By The Judges?

The judges, in their written judgment, noted several mitigating factors on the part of the six appellants.

“In our view, the present case should not be viewed as a sinister and malicious attempt on the appellants’ part to strip the church of funds for their own purposes. We accept that the appellants resorted to deceit and lies in order to keep the use of the BF for the Crossover confidential and because they feared that questions would be asked. This included inflating Sun Ho’s success, keeping the true nature of the various transactions from the auditors, lawyers, the CHC Board and CHC’s members and presenting a misleading picture to CHC’s members even after the CAD had commenced its investigations. Such prevarication is undoubtedly an aggravating factor and should not be condoned, especially since most of the funds in question were from the BF, which were funds donated to CHC by its members for a specific and restricted purpose.” “But, at the same time, the appellants’ various non-disclosures take on a different character when underscored by the overarching theme that they were acting in what they genuinely believed to be in CHC’s interests. Whether this may in fact be so is a matter open for debate, but what is crucial is that this was their belief.

“Thus, despite the fact that a large amount of funds from CHC was misappropriated, which would ordinarily have attracted a sentence at the higher end of the sentencing spectrum, we would allow for a significant discount given the exceptional mitigating factors in the present case. As such, the sentences were reduced because the maximum jail terms under Section 406 are less than half that for those under Section 409, which carries the life imprisonment sentence.

Read our report on the April 7, 2017 session in court here and watch our video report here.