The Sound Of Our Faith

City News Weekly finds out the inspiration behind the three CHC albums released this year by CityWorship, CHC Chinese Church and Emerge. 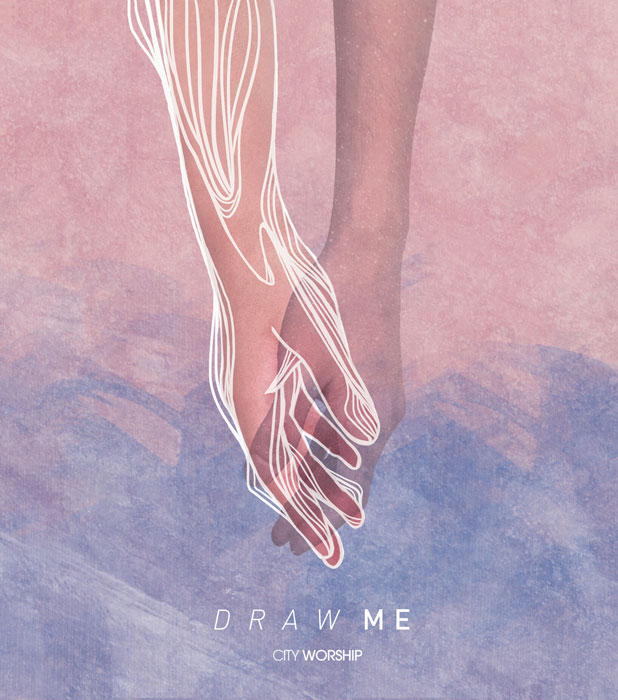 This is the spirit behind the songs that form CityWorship’s latest album Draw Me, featuring 13 original songs penned by the CityWorship team, says creative director Mark Kwan.

One of the most emotive albums the church has put out in five years, Draw Me clinched top spot on the iTunes store (Singapore) when it launched in June. The album title is taken from a worship song written by CHC’s senior pastor Kong Hee in the early days of the church, a song that has remained one of the church’s key anthems throughout its 27-year history.

“I thought it would be a ‘coming full circle’ kind of feeling to have ‘Draw Me’ in the album,” says Kwan. “After all, it was Pastor Kong who taught many of us in the worship team what it means to worship God wholeheartedly. Having ‘Draw Me’ as the title track, it represents that as a worship ministry, we also find our roots of songwriting and worshiping in the spiritual father that God has placed over our lives and our church.”

The rest of the album is made up of songs written by the CityWorship team since 2013, which are familiar to the congregation, including “I Remember”, “Miracle”, “Greater Are You”, “Called Out”, “Till The End Of Time” and “Rejoice”. The singers on the album include Sun Ho, Teo Poh Heng, Annabel Soh, Alison Yap, Gerald Chan, Chervelle Chua, Maximillian Low, Renata Triani and Kwan himself.

“We [also] had some help from friends and partners in ministry, many CityWorship, Audio, Creative staff and CHC volunteers were involved in the song arrangement, singing, recording, mixing, and designing—all that processes that go into making an album,” Kwan adds.

“Every album is significant in its own right because it represents the sound of a season in the life of an artist, or in our case, a ministry,” says Kwan. “Draw Me is significant because it represents the sound of our church clinging on to God through our most difficult seasons…the songs written in those moments of desperation and despair… I pray that our faith and hope can also be heard, that we believe in His greatness and trust unreservedly in His goodness. And having heard that in our worship, I pray that they too will experience Him in the same way.”

Draw Me (CD format) retails for S$21.90 at The Ink Room at Hall 605, Suntec Convention Centre. It is also available for download on iTunes.

In Christ: A Message In Melody It was a series of sermons preached by Chinese Church pastor Tan Ye Peng on going back to the Word for fresh yet timeless revelation, that steered the theme of CHC Chinese Church’s seventh album, which coincides with its 20th anniversary.

Titled In Christ, the live album features 11 songs, all of which are composed by the Chinese Church members. The core message of the album is to fully understand, internalize, and walk out the call of Jesus to lay down one’s life to serve the body of Christ, explains songwriter as well as audio and creative executive Allen Yu, who has been a Chinese Church member for 19 years.

In composing the song “Longing For Your Courts” earlier this year, Yu spent much time pouring over his Bible, eventually landing and meditating on Psalm 27:4, which speaks of the singular desire of the believer to dwell in the presence of God.

“It was written during a low point for CHC as a church—the verdict for the trial had just been announced, and of course, individually we were all grappling with it. But that verse resonated with my soul and assured me that we can always find peace and rest in Christ, no matter how bad the situation looks. Once we bring the focus back to Jesus and once our relationship with Him is right, we’ll know how to walk right.” It became a “prayer-song” for Yu, and from that personal place of revelation, both the lyrics and the melody flowed.

In Christ is available for free download at www.chc.org.sg under Media Downloads. It was a challenge from CHC senior pastor Kong Hee that led zone pastor Edmund Tay and his members to attempt something they had never done before. Earlier this year, Tay had to come up with a “camp song” to edify members, with the June Emerge camps nearing. After a few days of seeking the Lord, Tay was compelled to gather some of his members, as he felt that God would give them a song. Interestingly enough, none of them had ever written a song.

Unbeknownst to him, one of his members, mother-of-two Michelle Chua already had several songs in her heart. At the meeting, Chua sang several songs spontaneously, with another member Wong Ming Fei compiling various elements from these to form a new song, which has since become a worship song at CHC’s main service, titled “No One Like You”. This song was one of three songs that were eventually recorded for a special Emerge mini-album, which also included songs “Caught Up”, written by Mark Kwan and “Generation” penned by Maximillian Low.

Poignantly, Tay was preparing his own camp sermon at the time of the songwriting. His sermon was titled “Knowing God More”, and he didn’t realize that the first line of the song was “I want to know You more.”

“It was very touching for me, knowing how in sync we were in Word and song. When we introduced the song during the camp, it just resonated with the youth; by the second night, we did not even need to song-lead, they already knew the words and sang it,” says Tay. Will there be more songs to come from his zone? The pastor replies, “It was a real privilege for us to compose this song, if God gives us more songs in future, we’d love to be do it again!”

No One Like You (CD format) retails for S$8.90 at The Ink Room at Hall 605, Suntec Convention Centre. It is also available for download on iTunes.