SODE: Earn As You Learn

SODE’s Diploma in Professional Photography opens a gateway to the industry for its students. Gay was nominated for an IPA 2015 Industry Award for this image shot for a textile client.

A budding passion for photography can turn into a full-time, money-spinning career. This is what some of the graduates of the Professional Photography diploma course at SODE (School of Design and Entrepreneurship) discovered—they are now living their dream. The course was founded to impart design thinking (a lateral, no-question-is-stupid approach to thought), entrepreneurial attitudes and skills to allow their graduates to hone their craft into careers or businesses. Gareth Gay Senmin, a graduate of the pioneering batch of the Professional Photography course, is a good example. He co-founded The CraftsmenSG with his classmate Jason Lee, 26, an accomplishment he attributes to SODE.

“What attracted me to enrol in SODE was mainly the programme as it wasn’t purely academic-based,” he recalls. Gay had already attained a degree in Building Management from the National University of Singapore at that point. “The course was very hands-on and the lecturer used very practical methods of teaching. We were given actual real-time problems to solve and real projects to tackle and complete.”

Gay also says that he benefitted from SODE because of its small intake–this meant that students enjoyed more contact time with the teachers, which translated into more attention, advice and guidance from the teachers. Lee specialises in capturing the soul of any event.

Lee agrees with his co-founder. He says that the way the lessons were conducted, the students received not just in-depth knowledge of photography, they also learned practical skills such as darkroom processing and how to handle studio photography.

Lee adds: “But the biggest difference between SODE and mainstream schools was not the hands-on lessons we received, but the fact that we were constantly exposed to many real life events, such as being assigned commercial jobs to fulfil and given goals to achieve.” 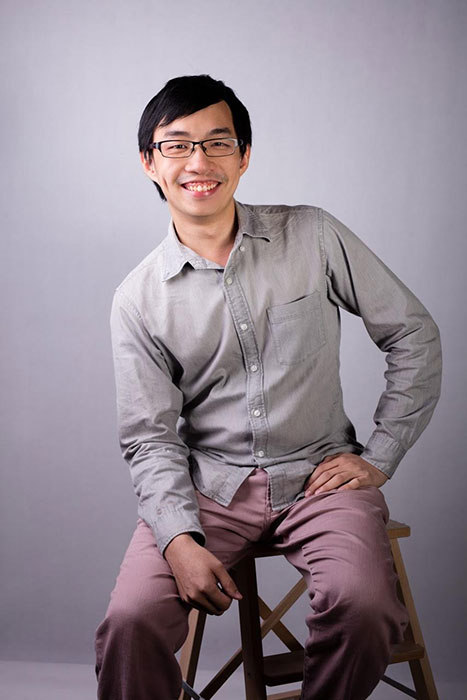 The two years at SODE also helped Lee build his contact base and broadened his business network.

For his final year project, Gay had to conceptualise a visual ad campaign for a textile client. He tells City News that he had to learn how to organize and produce a shoot (everything from getting makeup and hair to arranging for furniture and props) and he even had to consider costs and profits. The client was so pleased with this student’s work that the visuals were used for the actual ad campaign. Gay was also nominated for an industry award.

Jimmy Yong, who is known in the photography industry as JimOrca, is the lecturer for SODE’s Professional Photography course. He explains that at SODE, exposure to commercial projects is woven into the curriculum, creating real experiences that ensure that students get the most out of their time at SODE.

Besides helping students master the craft of photography, lecturers also help to open doors for the students in the industry.

“All our lecturers are practicing professionals in their respective specialised fields,” Yong explains. “Here at SODE, we’ve created networking platforms to help students get a headstart on their integration into the industry.”

Aston So, another graduate from the pioneer batch of students, appreciated the fact that SODE was a totally different kind of school—he could actually earn his keep as a photographer even as he was still a student. This was what made him choose SODE. Bruschetta, captured by So

“In 2012, I was enrolled in the Nanyang Academy of Fine Arts,” he tells City News, “but two weeks before school commenced, a friend of mine told me about SODE and what it was able to provide its students. What really attracted me was the fact that if I were to enrol in SODE, I would be able to earn my own income while studying.” So also felt that SODE offered more focused learning. In mainstream schools, it is compulsory for photography students to take modules outside of their field, which may include some subjects they have on interest in. At SODE, students are free to choose which modules they wish to take up.

“I really thank God for my experience at SODE, because it was a place where I really grew a lot,” says So. “Looking back, SODE has not just taught me photography and business but it has given me many opportunities to handle clients. I really appreciated the experience of working with amazing production teams and in actual studios even before I graduated.”

Gwendolyn Janelle Tan, 24, a digital marketing executive who is based in Shanghai, China, is yet another SODE graduate. She first got to know about the Professional Photography course when she was studying in City College.

“I had just been exposed to photography back then and my lecturer  encouraged me to take up this advance diploma when it was launched,” she recalls. “The lecturers were passionate and the classes that I attended at SODE were very different compared to other schools.” Tan shares that in the local mainstream tertiary institutions, students would go through a year of theory, followed by another year of foundation for a subject relevant to photography. Those students would only do an internship in their final year and at the same time, complete a final year project. “However, at SODE we were taught to be pro-active and independent in learning the basic theories of photography—we had to do our own research,” she says. “Most of the time, we were sent out to assist a professional photographer, or even to work with various companies or brands. This really helped us to integrate into the marketplace.”

SODE is the only school in Singapore that offers a full-time professional diploma in photography. To find out about its next intake, please call +65 65116833 or leave a message on the City College website at citycollege.edu.sg

Reality Is The Classroom At SODE