Today’s court hearing concludes the submissions from both the defense and prosecution. 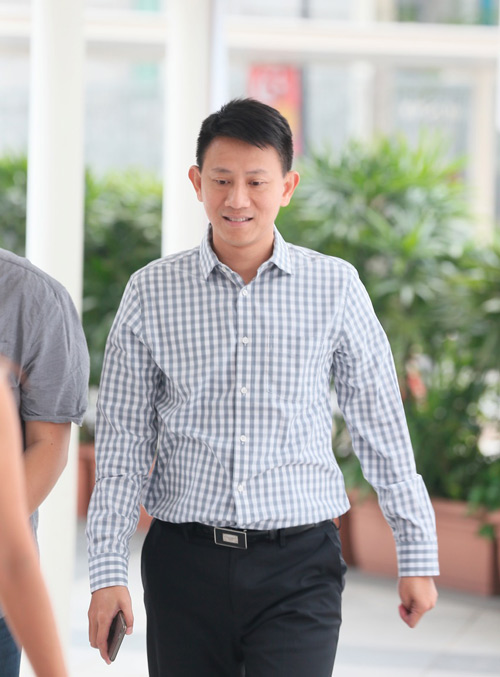 This morning saw Senior Counsel N. Sreenivasan pointing out that the constant characterization employed by the prosecution to make its case, including the terms “unbelievable”, “absurd,” and “superficial,” will distract the court from considering the facts objectively.

In particular, it was not fair for the prosecution to accuse his client, Tan Ye Peng of casting responsibility on his co-accused; in fact, if there was any evasion of responsibility, it was on the part of the prosecution’s own witness, Baker Tilly auditor Foong Daw Ching, who could not seem to recall much of anything during his time on the stand, he reminded the court.

The defense team continued to counter the prosecution’s closing submissions by reiterating that the court has to make its judgment based on hard evidence, and not make inferences of dishonesty regarding the accused parties’ intentions.

In the final few minutes of the court hearing today, the prosecution made a last attempt to show that Kong Hee and his co-accused intended to cause harm to the church by entering into the Xtron bond transaction despite knowing that the bonds could not be repaid on maturity.

The prosecution’s position is that Kong must have known that based on the album sales projection of 200,000 copies in the working spreadsheets of his co-accused Serina Wee, there would not be enough money to repay the church at the end of the day.

Kong, on his part, has maintained that the final cashflow projection the team worked with was 1.5 million album copies to be sold, which would mean that Xtron would have no problem fulfilling its liability to the church when the bonds matured.

Kong’s lawyer Edwin Tong had reiterated yesterday that his client’s testimony had been consistent throughout—while Kong had been aware of an initial  “ultra-conservative” projection of 200,000 album sales from US music producer Justin Herz in 2006, 1.5 million was the eventual projection taken into consideration before the signing of the Xtron bond subscription agreement in 2007.

This was consistent with Tan Ye Peng’s testimony during his examination-in-chief, in which he agreed with Chew Eng Han that the 200K album sales cashflow projection done by Serina Wee was “very conservative, ultraconservative,” and that it was her worst case scenario. Wee herself, in her examination-in-chief, had also said that “it was a conservative, worst case kind of projection.” In essence, while the court had seen differing projections of 200K and 1.5 million album sales, all the relevant accused parties understood the final budgets to be planned based on 1.5 million album sales projection.

Sreenivasan also reminded the court of the fundamentals—that the burden of proof lay with the prosecution, and not the defense. “It’s not a mantra for defence counsel who have got a bad case and then say, “Look, the burden of proof, beyond reasonable doubt”, because, on the facts of this case, it becomes critical.  We have had no admissions in statements, we have had no independent witnesses asserting facts that indicate guilt.  We have no admissions on the stand of dishonest intent or facts that indicate guilt.  What your Honour has is a morass of evidence and documents susceptible of multiple interpretations.”

Acting for Serina Wee, Senior Counsel Andre Maniam, reiterated that his client had only acted in good faith, and never believed that she was conspiring to cause harm to the church. If a person, in the capacity of a trustee, uses money which he honestly and in good faith believes to be in the interests of the beneficiary, should the court then consider him dishonest? Asked Maniam.

Defense lawyer for Sharon Tan, Paul Seah, added that there was no logic nor evidence to support the claim that his client was acting dishonestly.

While motive may not be an element of criminal charge, it is an important part of the case because the lack of a motive raises serious questions about the accused party’s culpability, he stated.

Responding to the allegation that her motive was to avoid audit issues, Seah pointed out that this, on its own, was not enough to move a “reasonable person” to knowing enter into a series of criminal transactions to cause harm to the church.

Chew Eng Han also refuted the prosecution’s characterization of his evidence as “incoherent” and “contradictory;” just because they could not understand his testimony, they should not “twist his evidence,” he said.

The core issue was not about what the prosecution thought should have been the right thing to do, but what the accused were thinking was the right thing to do at the moment, said Chew, a point echoed by Sreenivasan—the accused could have acted in a naïve, ignorant or even stupid manner, but there was no evidence of their intention to harm the church.

People should be convicted on evidence and not argument, he added, with the burden of proof on the prosecution to establish a case beyond reasonable doubt.

“If there’s going to be a conviction, it should be on facts and not inference.  Most importantly, at the end of the day, it will have to be the testimony of the accused persons whom your Honour has had the chance to see and hear,” said Sreenivasan.