The court cannot be asked to draw inferences about the accused parties’ state of mind without considering the full context of each piece of the prosecution’s evidence, said Senior Counsel Edwin Tong. 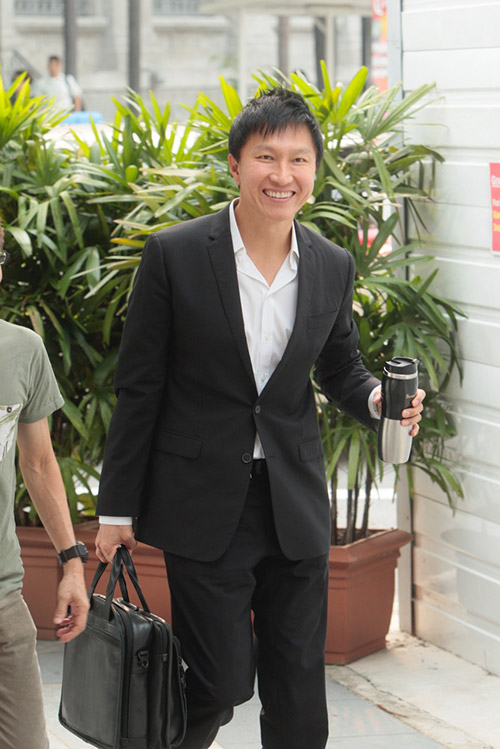 During a half-day hearing today, the prosecution presented its counter-arguments against the defense team’s oral submissions.

It reiterated that all the accused parties intended for the church’s bond transactions to be sham, as there were no legal obligations on the part of the bond issuers to repay the church, and that they conspired to use the church’s own money to repay debts owed to it.

It pointed out that the accused were the ones who were trying to obtain funds for Xtron to repay the church. In facilitating this, the prosecution emphasized Xtron’s purported lack of independence and how it was controlled by Kong Hee and Tan Ye Peng.

Additionally, the prosecution submitted that the accused misled the Baker Tilly auditors, using them as a “cover” for their conspiracy to misuse church funds to finance the Crossover Project. They submitted that Kong was happy to outwardly seek the support of the lawyers and auditors but did not want them to scrutinize the transactions.

Quoting past cases where other religious persons had caused wrongful loss to their organisation, the prosecutor said that it was a fallacy that someone motivated by religious aims could not be dishonest. She also submitted that it is irrelevant that the misappropriation of funds was done to further the church’s mission, and that the ends did not justify the means.

Defense counsel for Kong Hee, senior counsel Edwin Tong, responded by pointing out that his client’s actions did not coincide with that of a dishonest state of mind.

If Kong had indeed not expected Xtron to repay the church, and if the bonds were indeed sham, why was there even a need for budgets and projections? he asked. On the contrary, his client wanted the numbers to be realistic, so much so that when he received very optimistic sales projections from the US music producers, he had the figures audited by a third party to derive a more conservative estimation. This is not the state of mind of someone who is dishonest, Tong reasoned.

He reminded the court that the accused parties’ state of mind must not be assessed in a vacuum but within the full context of the circumstances in which the evidence took place. Issues such as Kong’s and Tan Ye Peng’s alleged control over Xtron and its insolvency were red herrings, said Tong. What mattered was context.

Contrary to the prosecution’s claim that Kong tried to minimize his involvement in the alleged conspiracy, Tong also pointed out that his client’s testimony was consistent—Kong never testified that he was unaware of the 200,000 album sales projection.

Tong also argued that if there had indeed been the ulterior motive to use auditor Foong Daw Ching as a “cover,” as the prosecution claims, the accused would have taken any lack of response or feedback from Foong as an excuse that they had done what they should. Instead, emails showed that they had actively sought Foong’s advice at multiple points in time.

The prosecution’s case boils down to asking the court to make inferences and assume expectations on what the accused should or should not have known or done, Tong concluded. The evidence it has presented falls short of the standard for a case beyond reasonable doubt, he said.

Earlier in the morning, senior counsel Kenneth Tan responded to the prosecution’s charge that his client John Lam, along with Kong Hee and Tan Ye Peng, tried to distance himself from the charges.

He argued that in fact, each of the accused had varying degrees of knowledge of the Crossover Project. They were working on the same project, but in different capacities; no one was trying to cast blame on another.

The rest of the defense team will present their replies to the prosecution’s submissions tomorrow at 9am.