City Harvest Trial: Wee Expresses “Regret” Over Language Used, But Not For Reasons Suggested By Prosecution

The prosecution seeks to establish that actions Serina Wee took were to create the appearance that Xtron was independently run; Wee explains it was to avoid misunderstandings that Xtron was a church-related company. 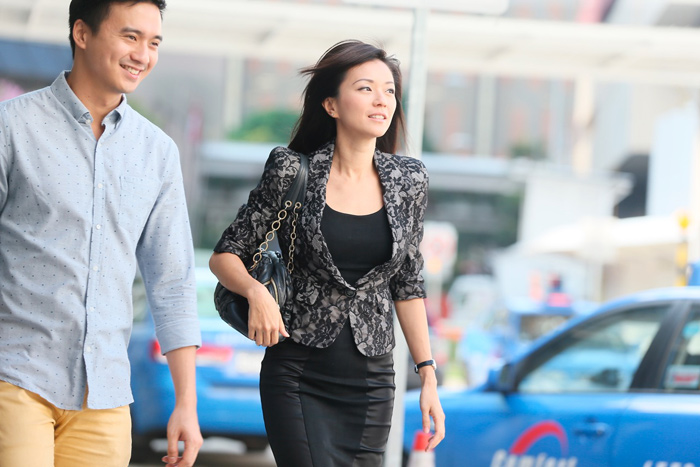 In an email the court saw today, Wee, talking about the appointment of a new manager at Xtron, said that the manager would report to Tan Ye Peng, but “his title is for show, makes it more legit.”

The prosecution took issue with this and stated that this, together with many of the things Wee did, was merely to give the appearance that it was someone running Xtron instead of Kong Hee and Tan.

Wee replied that while she regretted the language used, it was because she did not want to want external parties to misunderstand that Xtron was a church-related company and would be biased against it.

Wee also emphasised that it was not an attempt to hide Tan’s supervisory role in Xtron from the auditors; after all, they already knew that Tan was involved with Xtron from 2003.

In addition, the prosecution noted that it was Tan who was deciding on the commissions for Xtron’s staff. Wee explained it was because many of Xtron’s staff were formerly church workers; Tan was only trying to ensure that their welfare was taken care of now that they were no longer in the employ of the church.

The prosecution showed emails in which Kong’s opinion was sought on deciding on check signatories for Xtron, and put to Wee that this was because Kong, with Tan, was the ultimate decision maker for Xtron.

Wee disagreed, stating, as she had repeatedly throughout the day, that the Xtron directors were the ones who ultimately gave the approval for any transactions.

Through a string of emails and Excel charts, the prosecution also sought to show that Wee was prepared to increase the church’s expenses by about $600,000—leading to a deficit of $1.8mil in the church’s books—just to keep Xtron afloat and allow it to continue funding the Crossover Project.

The proposal was to shift certain departments out of CHC and over to Xtron; this way Xtron could charge CHC additional retainer fees, the prosecution told the court.

However, the plan did not come to pass eventually, Wee testified. She added that whatever increases in retainer fees were paid to Xtron had to be justifable, commensurate with legitimate services obtained by the church in return.

The prosecution tried to show that Wee, along with the other co-accused, had put the interest of the Crossover Project above that of the church.

Earlier today, Wee told the court that Kong and Tan did not have the decision-making power to remove Xtron’s directors. Former fund manager Chew Eng Han had given evidence during his time on the stand that the Xtron directors would be removed if they refused to follow the visions of the church. Under the prosecution’s questioning, Wee, who is the church’s former finance manager, said she disagreed with Chew’s claim.

The prosecution then suggested that the Xtron directors were merely rubber-stampers who signed on the resolutions and were not the actual decision makers. Again Wee disagreed. She told the court that she fully expected them to exercise their discretion when they signed on the documents.

Cross-examination of Serina Wee continues tomorrow at 9.30am.