City Harvest Trial: Tan: “I Only Wanted The Church To Benefit In Investments Returns & The Crossover”

In wrapping up his re-examination of his client Tan Ye Peng, Senior Counsel N Sreenivasan challenged the prosecution’s points with evidence Tan was not referred to. 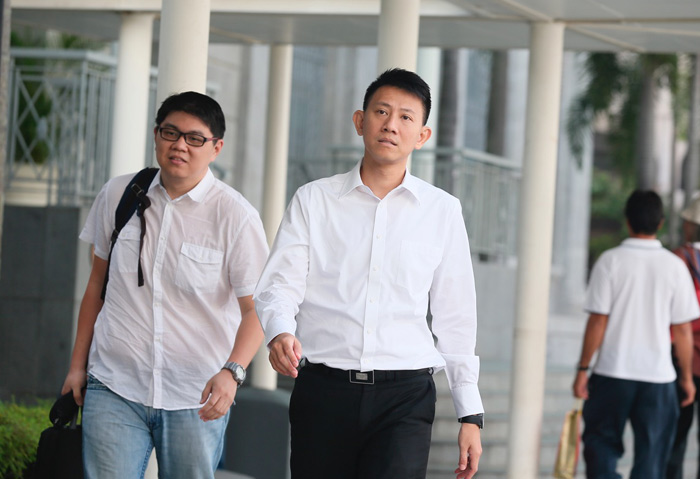 During Tan Ye Peng’s last hour on the stand, he told the court once again: until today, he believed the bonds to be a lawful investment of the church’s building fund that not only earned interest for the church, but helped to finance the Crossover Project, a mission of the church.

Tan also explained that he never thought the investments amounted to misappropriation because there had already been board approval for building fund surplus to be invested. The team also worked on the premise that, due to high construction costs in 2007 and then the global financial crisis in 2008, any building work would not be commenced until 2010, after the bonds were projected to be redeemed.

In his closing statement, Tan told the court: “When I was on the stand, a Bible verse came to me—that ‘if a man does not stumble in his word, he is a perfect man.’ I want to say, I’m far from being perfect. When I think of the 10 charges, I have never had any intention to cause loss to the church. I have never done anything for personal gain. I can honestly say that I only wanted the church to benefit in two ways: to gain investment returns and to fund the Crossover Project.”

Tan was called a “liar”, “disingenuous”, “incoherent” and “evasive” when he was cross-examined by the prosecution the past 12 days, recounted Tan’s counsel SC N Sreenivasan this morning. However, said the senior counsel, the prosecution’s puts were based on incomplete documents showed to Tan.

In his re-examination this morning, Sreenivasan sought to complete the picture by bringing his client through documents, emails and Blackberry messages.

One of the prosecution’s theories was that the Xtron directors were hand-picked by Tan and City Harvest Church’s senior pastor, Kong Hee, showing that the duo had control over Xtron. Tan’s response had been that while he and Kong nominated people to fill the directors’ roles in Xtron, the existing Xtron directors still needed to give their approval. Tan also said that the first group of Xtron directors, John Lam, Chew Eng Han and his wife Janet Chong, were not chosen by Kong and himself; Chew had volunteered himself and Lam as the first directors. Tan then pointed out that he recalled that there was an email where Chew said to Lam that they—”the marketplace people”—should be the directors.

In response, the defense counsel showed the court that this was the email that Tan pointed to but was not shown during his cross-examination by the prosecution.

During its cross-examination, the prosecution had alleged that the Xtron directors were only “rubber stamps” and had no actual knowledge of what went on in Xtron, and that it was Tan and his co-defendants that engineered all the transactions between CHC and Xtron. The court saw today, in a substantial number of emails, transcripts and Blackberry pin messages, that the Xtron directors, Choong Kar Weng and Wahju Hanafi, were in fact, active in their knowledge of the transactions between CHC and Xtron.

Among other things, the defense counsel produced Blackberry messages that showed that Choong had in fact been present at the CHC board meeting on Aug 3, 2009, just as Tan had testified. The court also saw an email to Kong Hee where Hanafi expressed that he wanted to be fully informed of all the commitments, contract and agreements of Xtron; Hanafi had also testified on the stand that he read all the contracts before signing them—this is consistent with Tan’s testimony that if Hanafi signed on the contract, it meant that he had applied his mind on it. Sreenivasan also brought the court to an email where Choong outlined the transactions between CHC and Xtron from the time the first Xtron bond agreement was signed. The email contained specific amounts of monies drawn down under the bond subscription agreement and losses incurred because of the Crossover album. Tan confirmed that Choong knew details of the transactions between CHC and Xtron.

When it came to the auditors, the prosecution had made several allegations that Tan and his co-defendants had not given them the full picture. Today, Sreenivasan produced emails and Baker Tilly’s working files to show that the auditors knew, among other things, that Xtron was set up for the production of music album and Sun Ho was signed as an artist at the point of inception. They were also privy to her activities in Xtron as well as the fact that the people behind Xtron were strong supporters of CHC. Tan confirmed that auditor Foong Daw Ching had never raised any issues about that. It was also seen that Foong Ai Fang had contacted finance managers Serina Wee and Sharon Tan to inquire about the proceeds of the Xtron bonds.

Today, the prosecutor objected several times to the defense counsel’s reading of her position, claiming in one instance that what she had put to Tan was that auditor Sim Guan Seng was not told about the $13m bonds being subsumed and spent on the album. Sreenivasan as well as SC Andre Maniam for Serina Wee and Paul Seah for Sharon Tan all countered her claim. At another point, she claimed that the prosecution’s point was now not that the Crossover was a sham because there was no chance of making money, but that the bonds could not be redeemed upon the two-year maturity.

Sreenivasan commented, “That’s one of the reasons why I had remarked that I had invited my learned friends to put their case very specifically to my client, because this is the second time I’ve obviously missed the nuance.”

Sreenivasan completed his re-examination by taking Tan through the key parts of his case. Tan told the court he believed from the beginning that the investments were proper and for two purposes: investment returns and to support the Crossover Project. He said that he never thought any of the transactions were inappropriate as auditor Foong Daw Ching, whom he respected and trusted as a fellow Christian and an elder of another church, had been consulted on all of them, and Chew Eng Han was financially savvy and Tan did not think Chew had done anything wrong. Further to that, Chew had run all their investment plans by lawyer Christina Ng. The board had been apprised of the plans for the investments and given its approval. Tan reiterated that he did not give any instructions with regards to accounting and he trusted all the entries were correct.

Serina Wee takes the stand tomorrow at 9.30am.

SREENIVASAN: Your Honour, that’s the problem we have with compound questions, because I would have thought that if you had said, “We agree and knew it was drawn down, but was he told it was spent on the album” — I see the point very clear now. Obviously, myself, Mr Maniam and Mr Seah will have to learn to listen more carefully to compound questions.

SREENIVASAN: Ye Peng, part of your case is that you don’t have a guilty mind because you told the auditor everything … or tried to tell him, and he never said what you did is wrong. The learned deputy is saying, “Yes, but you can’t ask an auditor legal questions. If you want to know what’s right or wrong, whether you’re committing an offence, you should ask a lawyer”. At this point in time, did you have any thought that there was a possible offence being committed?

TAN: No, your Honour.

SREENIVASAN: Why did you talk to Foong and not to a lawyer?

TAN: Your Honour, I went to meet Mr Foong because he is a professional, in the sense that he is our auditor and I wanted to seek his advice on whether what we are going to do, is it proper, your Honour, is it something that is above board.  When I answered … Ms Chionh, I was basically saying that I know I’m not going to Mr Foong to ask him to do up a agreement, that would be done by a lawyer, but nonetheless, meeting Mr Foong is to get his advice on this investment that the church is going to make. And, your Honour, I have already given my evidence that my regard for Mr Foong is very high, because he is… not only our auditor but also a Christian, a elder in the church, and I have that confidence and faith in him that he will give us the best advice as a church.

TAN: Your Honour, as I was on the stand being cross-examined, I remember a verse in the Bible that says if a man does not stumble in his word, he is a perfect man, and, your Honour, I want to say that I’m far from being perfect. And, your Honour, but when I think about the ten charges, I have never intended to cause any loss to the church. Your Honour, I have not done any of these things for personal gain. I go back every night and do my prayers; I check my heart; and, your Honour, I can honestly say that I only wanted the church to benefit in two ways, from the investment returns and also to support the Crossover Project.

I’m glad that, your Honour, all the monies that was invested has all come back to the church and so there’s no loss to the church, your Honour. I have not gained anything from this. In fact, my wife and I, we have only given almost everything that we have to this church and to the support of the Crossover Project.

Your Honour, I just want to thank you for being very patient with me, for listening to my testimony.