Court proceedings centered on the the role of the accused in controlling the transfers of the Firna bond proceeds today. 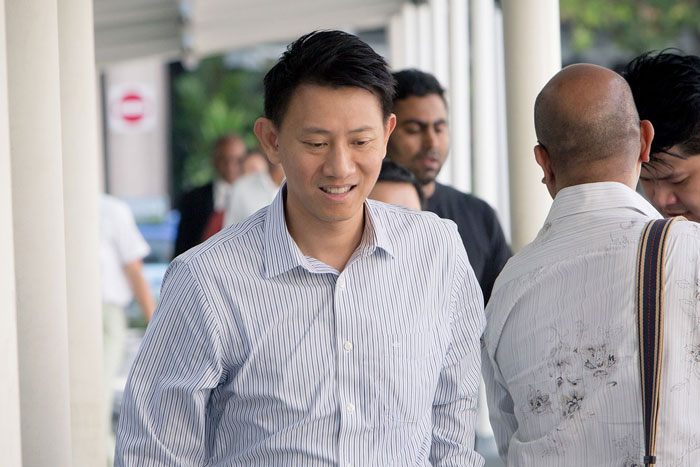 Today saw the prosecution taking Tan through a similar line of questioning as it had done in previous days, this time to establish its case that the Firna bonds were sham.

Among the points the prosecution put across to the witness was that auditor Foong Daw Ching was never consulted on the Firna bond plan. During his time on the stand; Foong testified that he could not recall having discussed the Firna bonds with the accused.

The prosecution then accused Tan of “making up the story” about having sought Foong’s advice about the plan.

Tan disagreed, saying that he did talk to Foong about the topic, although not in great detail.

In establishing that Firna was just a conduit for the accused to channel church funds out, the prosecution also pointed out that Tan, along with Kong Hee and Serina Wee, was responsible for arranging for the drawdown of the Firna bond proceeds, instead of the bond issuer, Wahju Hanafi. The prosecution’s position is that the money was never meant for Hanafi’s own use but for the Crossover Project.

Tan explained that they had to do so because Hanafi would not have known the necessary bank and transaction details to effect the flow of funds toward financing the Crossover Project. The court had heard numerous times that it was Hanafi’s own intention to support the church mission financially; prior agreements between Hanafi and the accused had been made for part of the funds to finance the Crossover Project.

As such, while the bond proceeds rightly belonged to him, he had to rely on Tan and Wee to provide him with the relevant information; just because Hanafi was willing to take instructions about making the drawdowns does not mean that the money did not belong to him, Tan pointed out.

The prosecution spent a large part of this morning’s court proceeding questioning Tan Ye Peng on the bank loan taken up by Xtron to finance the Riverwalk unit.

Tan had told the court during his evidence-in-chief that the executive members were not told about Xtron’s bank loan during the Aug 10, 2008 annual general meeting because the bank loan had not been confirmed before the AGM.

This morning, the prosecution produced an email sent by Kong Hee on Jul 28, 2008 showing that the plan to get a bank loan had been in place then. Tan explained that at that point in time, there were no bank offering Xtron any loans; he thought that the plan was for the church to give Xtron the full S$18 million to purchase the Riverwalk unit; after the property was purchased, Xtron would take a bank loan to return the S$13m to City Harvest Church. He also pointed out that Kong’s email corresponded with his evidence.

Bringing Tan to CHC board meeting minutes in July and August, 2008, the prosecution noted that the minutes did not say that Xtron would get another bank loan of S$13m; it is thus their position that the board members were not told about the bank loan. Tan disagreed saying that he remembered John Lam sending an email to the board members sometime after the Aug 3, 2008 board meeting that shows the board knew about the bank loan.

He also pointed out that in finance manager Sharon Tan’s handwritten notes of the board meeting on Jul 19, 2008, there was a record of Xtron borrowing S$12.8m. The prosecution challenged his point saying that the plan shared with the board members at that meeting was to use advance rental to buy Riverwalk. Since there was an eventual change in plan, how would the board members know that Xtron would still get a bank loan if no-one told them? Tan maintained that his evidence is that the board was informed of the bank loan.