Countering prosecution’s allegation that the ARLA’s primary purpose was for the redemption of bonds, Sharon Tan maintained that it was a geniune prepayment for Xtron. 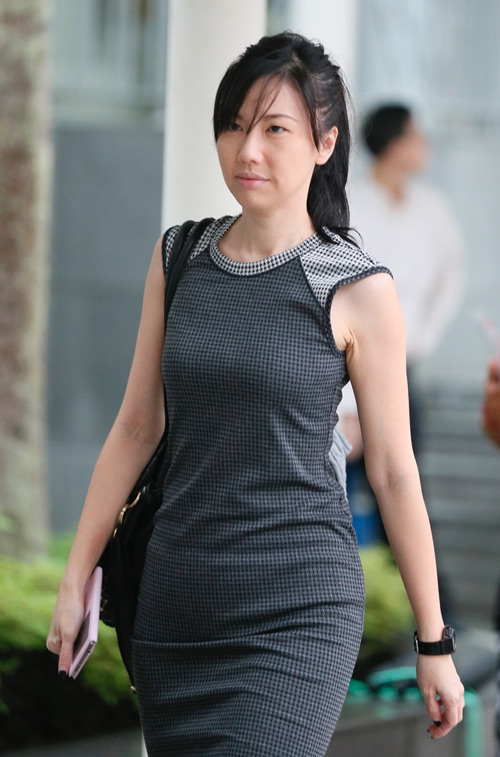 The issue of whether the Advance Rental Licensing Agreement was a genuine prepayment given to Xtron took centerstage in this morning’s proceedings.

Bringing defendant Sharon Tan through a series of emails and the discussions she had had with co-defendants Chew Eng Han, Serina Wee and Tan Ye Peng, deputy public prosecutor Mavis Chionh alleged that their intention of drawing up the ARLA was not driven by commercial means but to achieve the redemption of bonds.

The court saw that the plan to give Xtron advance rental started in a scenario planning meeting held in April 2009. There were three different scenarios where CHC would pay advance rental to Xtron and Xtron would use the money to redeem the bonds.

In July 2009, Wee and Sharon Tan had an email discussion analyzing the plan to redeem the bonds using one of the scenarios. The analysis showed that CHC would increase the sublease rental for Singapore Expo and give Xtron a prepayment for six years of rental. The DPP pointed out that after the redemption of Xtron bonds, Xtron would only have enough cash to pay for another 2.9 years of rental in Singapore Expo. Tan explained that her understanding was Xtron would continue to earn income to fulfill its obligation of subletting Singapore Expo to CHC.

In the same email, Tan also suggested methods to help increase Xtron’s income so that it could have enough profits to pay for the rental of Singapore Expo. She explained that these were services that CHC needed. The DPP argued that even if services were really needed, they were just reasons for CHC to pump money into Xtron for it to pay for the Expo rental. Tan disagreed.

One other idea the team had discussed was to increase the monthly retainer fees that CHC paid for Xtron’s service. Chionh alleged that the retainer fees could be increased or decreased to adjust to Xtron’s cashflow.

Tan explained that the increase in retainer fees had been brought up by Xtron, citing the reason that the staff had been working overtime and had undercharged CHC. Wee would need to submit a proposal for an increase in Xtron’s retainer, which would have to be evaluated and approved by the church. Also, there were other emails to show discussions of the increase in retainer. The DPP charged that this was another way to pump money into Xtron. Tan disagreed, adding that back in August 2008, the auditors already knew that Xtron would use rental of Riverwalk and the retainer fees to repay the bonds and interest.

The DPP alleged that there was no intention for Xtron to be responsible to fulfill the rental obligation–at the end of the day, CHC would help Xtron to pay for the Expo rental. Tan disagreed saying that CHC engaging Xtron was not automatically a given—the decision to engage Xtron’s services would still be up to the different head of departments.

The finalized plan for ARLA was subsequently presented by Chew in the board meeting held on Jul 18, 2009 and later reiterated by Tan Ye Peng in the board meeting on Sep 21, 2009. Sharon Tan, Wee and Chew had a meeting on Sep 29, 2009 to discuss the ARLA amount. In a reminder email that Sharon Tan sent to Wee and Chew, she listed a number of things to discuss in the meeting. Among them was this item: “How would Xtron pay for the actual rental when it starts…” The DPP claimed that the amount for ARLA was really not for Xtron to fulfill its rental obligations to CHC or to acquire potential building because the calculations showed that the amount would not be enough after using part of it for bond redemption.

Tan explained that it was later told to her that Xtron would have income from dividends and rentals when the building is secured. The launch of Sun Ho’s US album would also bring income to Xtron. She maintained that ARLA was not a sham or she would not have used it to offset the Expo rental and Chew would not have been appointed to seek legal advice on it.