The prosecution reiterates its charges to Kong Hee, from his role as the ultimate decision-maker to his part in the alleged conspiracy to misuse the church’s funds. Kong disagrees to all charges. 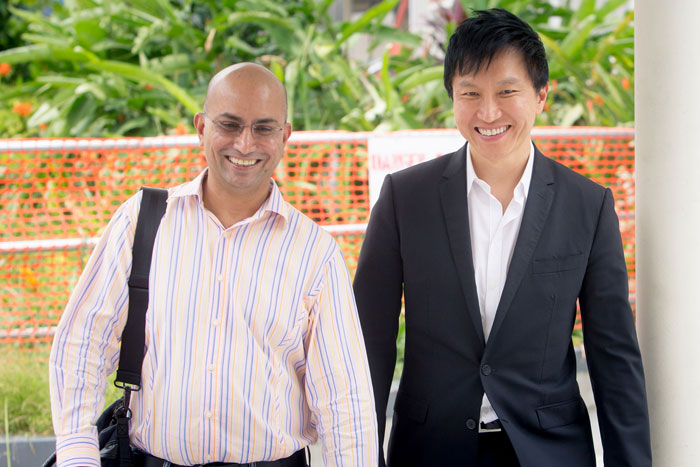 It was at an extraordinary general meeting on Aug 1, 2010, that the executive members of City Harvest Church were first informed about the church’s investments into the Xtron and Firna bonds, and that it was done for the purposes of financing the Crossover Project, the court heard this afternoon.

It was also the first time the members were told of the personal guarantee by Wahju Hanafi to underwrite the whole mission.

Deputy public prosecutor Christopher Ong asked Kong Hee why it took so long for the members to be told about the Xtron and Firna bond investments, which were entered into in 2007 and 2008 respectively. Up until the investigations started at the end of May 2010, Kong explained, he was not aware that the church leadership needed to make any public disclosure of its financial investments.

If there had been a legal obligation to do so, full disclosure would have been made, Kong said.

He explained that if the lack of disclosure was so sinister, the “church would have split, members would have voted against it and he would have been kicked out of the church.”

However, when the members present were asked if they had a problem with what had been revealed, no one raised an issue, recalled Kong.

But why the decision to finally reveal everything in 2010? asked the prosecution.

The church’s lawyer Jimmy Yim, had advised Kong to “come clean” to the authorities, and thus he felt he might as well disclose everything to the church’s executive members as well, Kong replied.

An email from fund manager Chew Eng Han resurfaced, showing that the co-accused, without Kong, were discussing their defense points, specifically to decide if the bond transactions should be portrayed as purely a financial venture or a church mission.

Ong put to Kong that they were having that discussion because the bond transactions were never genuine investments, to which Kong disagreed.

Kong added that the bonds were structured by an investment manager, namely Chew, and that the agreements had been drafted and checked by City Harvest Church’s lawyers and auditors.

In wrapping up his cross-examination, Ong put forth a string of accusations against Kong, who disagreed with all the statements.

In addition, Ong charged that the Xtron directors were being manipulated by Kong and his co-accused. To this, Kong reiterated that the directors were the ultimate decision-makers, because all the company’s transactions were dependent on their sign-offs.

The prosecution also charged that Hanafi’s personal guarantee was a mere afterthought, and that there was never an intention for that guarantee to be legally enforced. Kong replied that in fact, Hanafi is still paying off his legal obligations today.

Kong and his co-accused sought to conceal the misuse of church funds, which was in breach of the permissible usage of CHC’s building fund monies, stated the prosecution.

The Pivotal Role Of The Auditors

During the re-examination conducted by Kong’s lawyer Edwin Tong, it was revealed that Baker Tilly had terminated its services to CHC and to Kong at the end of 2013, after the audit firm’s former managing partner Foong Daw Ching gave testimony as a prosecution witness in September last year.

No reason was given for the termination of services, which the firm had rendered to the church for the past 20 years, said Kong.

Among other things, Tong presented email evidence which showed that the auditors had been informed that the church’s accountant at the time Serina Wee, was also handling Xtron’s books.

This was in relation to the prosecution’s charge that Advante, Wee’s accounting firm, was set up merely to distance the church’s financing of the Crossover Project from its auditors.

Revisiting the accused parties’ working relationship with Baker Tilly, Kong also testified that while there could have been certain “relationship dynamics” between his team and the auditors, the CHC leaders trusted Foong totally.

Foong had been given full disclosure of everything with regards to CHC’S financial transactions, “the good, the bad and the ugly,” said Kong. They trusted that he would disseminate all necessary information to the auditors under his charge.

Re-examination continues at 9:30am tomorrow.

Who Made This Document?

This morning in court, the prosecution submitted a new exhibit: four photographs of Blackberry message between Chew and Choong. Kong’s lawyer Edwin Tong and senior counsel N Sreenivasan objected to the admissibility of these photographs, citing, among other reasons, the fact that principal maker of the document had not been identified. Also, the content of the photographs reflected an exchange between Chew and Choong, but Kong was not party to the exchange; further, Sreenivasan argued that if prosecution was allowed to admit such “new exhibits” then the defense team should be provided all this evidence. Despite the many objections from the defense, the judge allowed the prosecution to mark the exhibit and question Kong about it.