City Harvest Trial: How The Multimillion Dollar “Hole” Came To Be Filled

Kong Hee explains the circumstances behind Wahju Hanafi’s eventual fulfillment of his pledge to underwrite the Crossover Project. 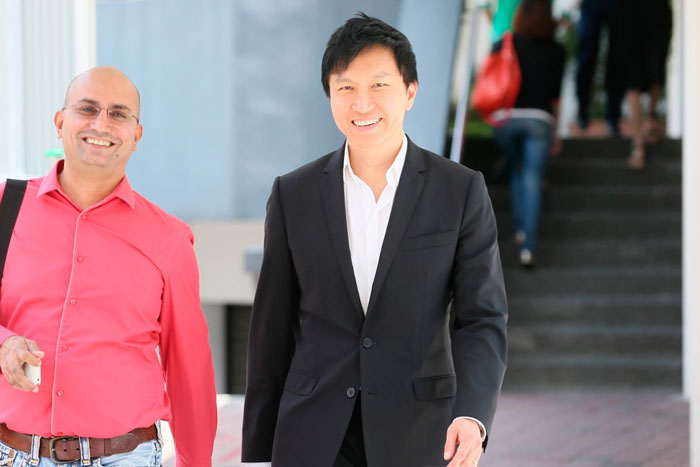 This afternoon, the court saw evidence implying a scramble of sorts by the accused parties to fill up a multimillion dollar “hole” stemming from money that had been expended on the Crossover Project, via the Xtron and Firna bonds.

There was an urgent need to plug the “hole” because of the negative buzz from the online community that Xtron was siphoning the church’s building fund into the Crossover Project, the court heard from Kong Hee this morning.

The court heard that the redemption of the Xtron and Firna bonds was expedited to quell “hate mail” and rumours, which could in turn garner unnecessary attention from the authorities.

“If you have been conscientious and diligent in constantly checking with auditors and lawyers along the way on all these transaction, and ensuring that they are commercially justifiable, what is the fear of the authorities coming in?” asked the prosecution.

Kong replied, “Your Honour, we were also very conscientious and diligent when we went about the Suntec deal. But after we make the announcement, we were also called in by and had meetings with URA and COC. So we just wanted to — or Kar Weng just wanted to pay off the ARLA so as to prevent any misunderstanding or misperception that something was amiss.”

In order to pay off the ARLA, Wahju Hanafi had been asked to activate his personal guarantee, to fill up the “hole.” However, emails and BlackBerry messages presented by the prosecution implied that Kong and the other accused parties were instead attempting to plug the “hole” by securing loans from various sources.

It is the prosecution’s position that there was never really a personal guarantee from Hanafi.

“I put it to you that what your team was really trying to do was to fill the hole as fast as you can with loans from wherever you could get them, and then hope that somehow you would be able to repay all these loans further down the line,” said Ong.

Kong agreed with him, but clarified that even as Hanafi held up his end of his commitment, “if we’re able to help him out to lessen his burden, then we want to do that too. It was a very sudden decision, and… $30 million to be raised within a few months would be a huge financial burden for Wahju. So we just wanted to help. But at the end of the day, the sword will fall on Wahju, which, in a sense, it had.”

Ong then asked how the matter was eventually resolved.

Pending the sales proceeds expected from the upcoming launch of the album, Kong explained, the “hole” was filled by Hanafi making good his commitment to underwrite the Crossover Project, and he achieved this by taking loans from banks and his personal friends. Kong added that he himself had pitched in with funds from his personal resources.

Court resumes tomorrow at 9:30am.