Former church fund manager Chew Eng Han brings in the “faith element” in his cross-examination of Kong Hee this afternoon. 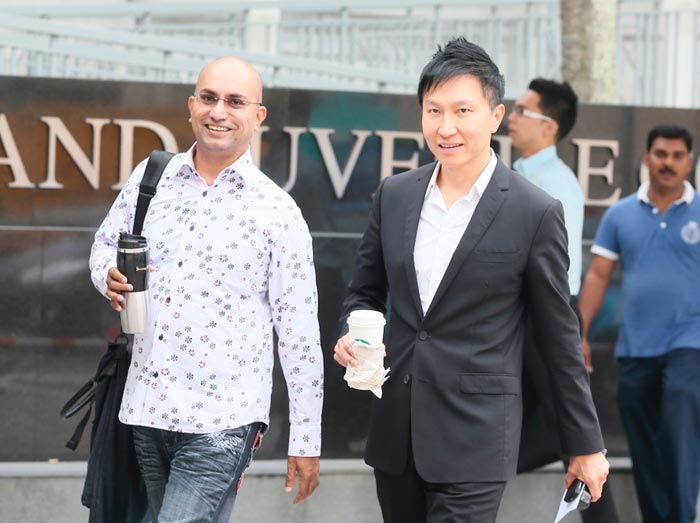 Various spiritual mentors had given Kong Hee and his wife, Sun Ho, the confirmation to go ahead with the Crossover Project, the court heard today.

In the commencement of his cross-examination of Kong, former City Harvest member and fund manager Chew Eng Han explained to the court that the “faith element” constituted part of his state of mind in his role in the purportedly “sham” bond agreements CHC entered into.

It was when Ho was first approached to sign a $5m music contract by the managing director of Sony Music Taiwan in Aug 2001 that Kong realized the possibility of producing a pop album instead of a contemporary Christian music (CCM) album. Soon after, she was offered another contract by Decca Records. After weighing the two contracts, they went with Decca,which seemed to come with “greater latitude” for Ho in terms of the Crossover, said Kong.

After signing the contract with Decca, several other Christian elders, namely Ulf Ekman, Phil Pringle and Dr AR Bernard affirmed separately that they were “on the right track.” Of particular note, said Kong, was that all of them gave the same Scripture verse in their affirmation of the church embarking on the Crossover Project from Mark 4:35—“On the same day, when evening had come, He said to them, ‘Let us cross over to the other side.’”

Kong agreed with Chew that it was a “big factor” to him that senior, older pastors were affirming and encouraging them to go ahead with the Crossover Project.

Over the past few days, the court had seen extensive evidence of how Kong had always been adamant that the church’s corporate governance be made “watertight” and that all its financial transactions were approved by its lawyers and auditors before being carried out. This afternoon, Tong asked Kong about his frame of mind when investigations began.

“Were you in any way concerned for yourself, for the role you may have played in various transactions of the church up to this point in time?” asked Tong.

“Because all the way through, from 2007 until 2010, I have always relied on—or rely and assured on the advice of professionals.  We had an expert in Eng Han to structure the transactions, and then Jimmy Yim, Drew & Napier, Rajah & Tann, Brother Foong, the auditors, they—in my impression, in my state of mind, they would have advised us, they would have checked through the processes.  And then we have our investment committee, and we also have our management board,” he explained.

Tong also brought up a “cross guarantee” document signed by Kong, Chew, Tan Ye Peng and former Xtron director Koh Siow Ngea, which the court had seen last year when Koh was on the stand. Meant to indemnify the personal guarantee provided by businessman and main sponsor of the Crossover Project, Wahju Hanafi, Koh had described the cross guarantee as a form of “group hug” should Hanafi face problems in underwriting losses incurred through the Crossover Project.

Kong told the court today that Tan had approached him and asked if he would be willing, together with “a few of us brothers … to stand toe to toe in support of Wahju and help him shoulder his burden? If ever there is a need for him to make good the losses of Xtron, is it all right if all four of us, we do our best to help him so that he doesn’t feel that he’s shouldering this alone?” Kong recalled replying Tan that he had no objection to that.